If there is one couple from the telly land who always gives us major marital and relationship goals, and is equally entertaining all the time, it has to be Bharti Singh and Haarsh Limbachiyaa. The comedienne who rose to fame through Comedy Circus met her man who was a writer on the show. Soon, the cupid struck between the two and they got blissfully married on December 03, 2017. And this awesome twosome is all set to appear together in Bigg Boss 12.

Ever since, they have gotten married, Bharti Singh and Haarsh Limbachiyaa’s PDA is something their fans look forward to on a daily basis. So, without further ado, here is Bharti and Haarsh’s social media PDA moments which are raising the bar rather high. As we all know, Bharti and Haarsh’s wedding took place on December 03, 2017 in Goa and after a three-day-long, fun-filled pre-wedding functions, the couple finally got hitched. After their wedding, Bharti posted the above pic and captioned it:

Two days later, she posted the following pic and wrote: 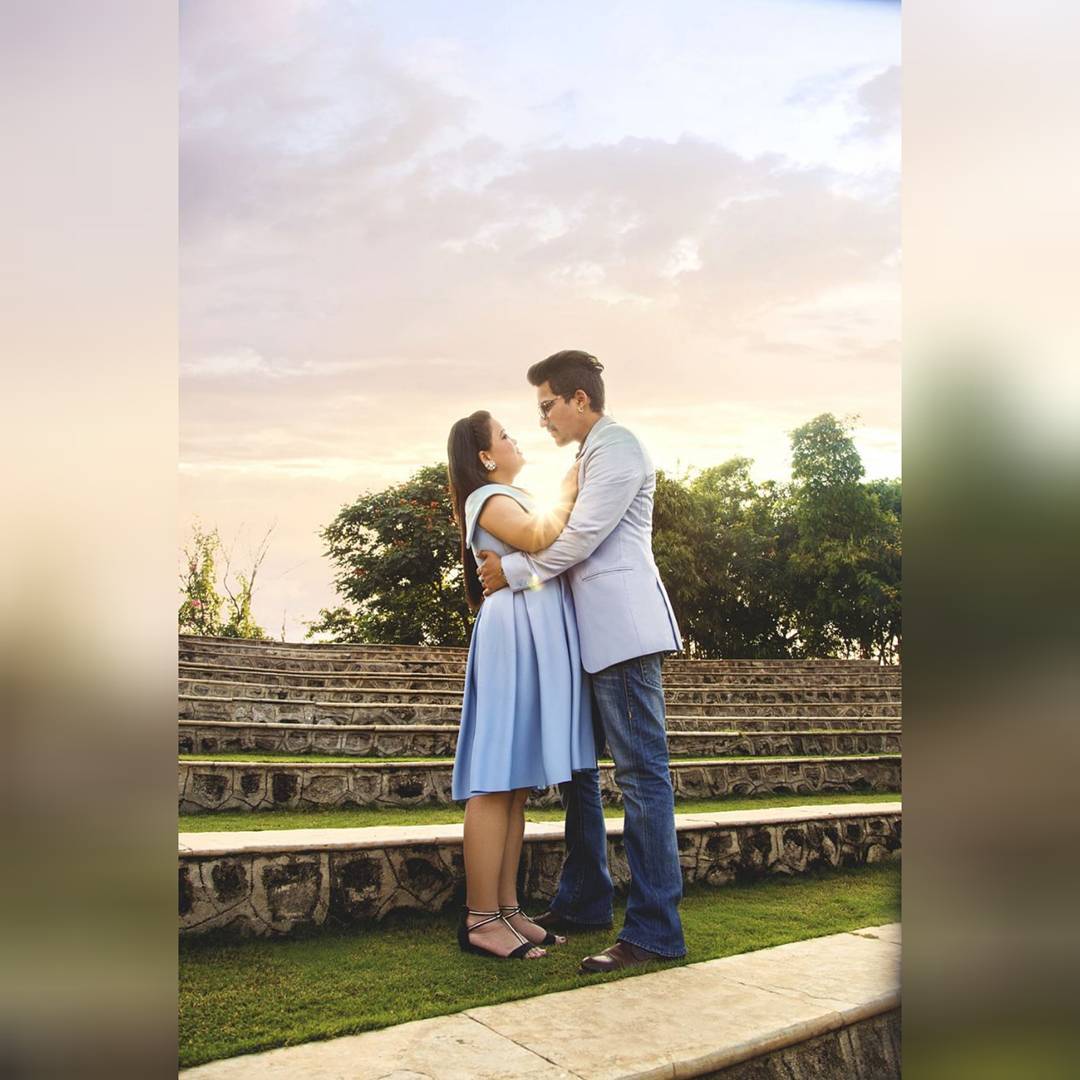 “The beautiful part of life has just began”.

Suggested Read: Bharti And Haarsh's Unique Wedding Has The Most Unique Planning Tips For All Brides-To-Be 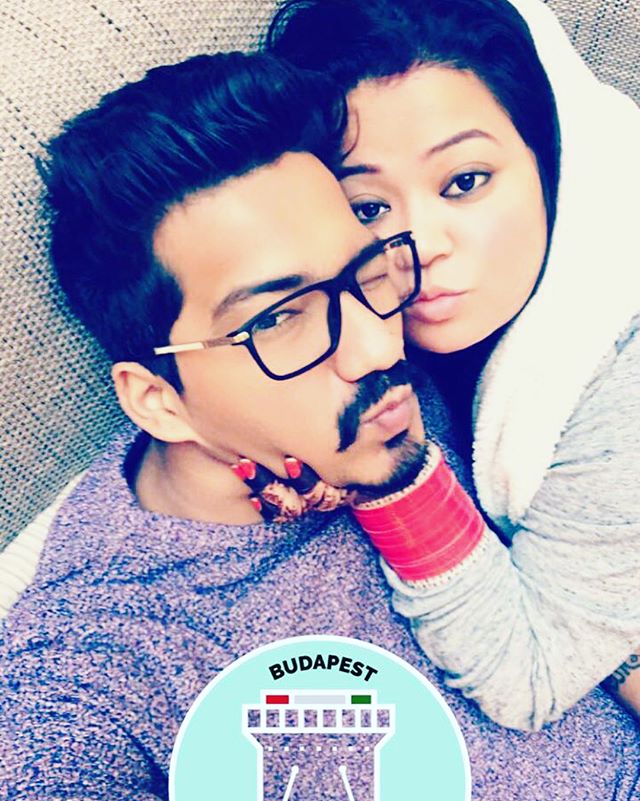 Yes, Bharti and Haarsh regularly keep updating their Instagram handles with their monthly anniversaries. Celebrating their first month wedding anniversary, Haarsh posted the above pic and beautifully captioned it:

“God gave me you! Romancing in Rome! Celebrating our first month wedding anniversary”.

Bharti, on the other hand, posted the following videos and captioned these adorably as:

“You're the best decision I have made! Our first month wedding anniversary”.

On their second month wedding anniversary, Haarsh took to Instagram and shared the cutesy moment from their December wedding: “Two much fun. Two much love. Two months to forever”.

And Bharti, posted the following video with a heartfelt caption:

“To infinity and beyond... Two months to forever”.

For more of their monthly wedding anniversary posts and pics, you may want to visit their Instagram pages. On July 03, 2018, it was Bharti Singh’s 34th birthday and her hubby, Haarsh had the most beautiful birthday wish for his wifey. First, take a look at the pics that Haarsh shared on Bharti’s birthday: 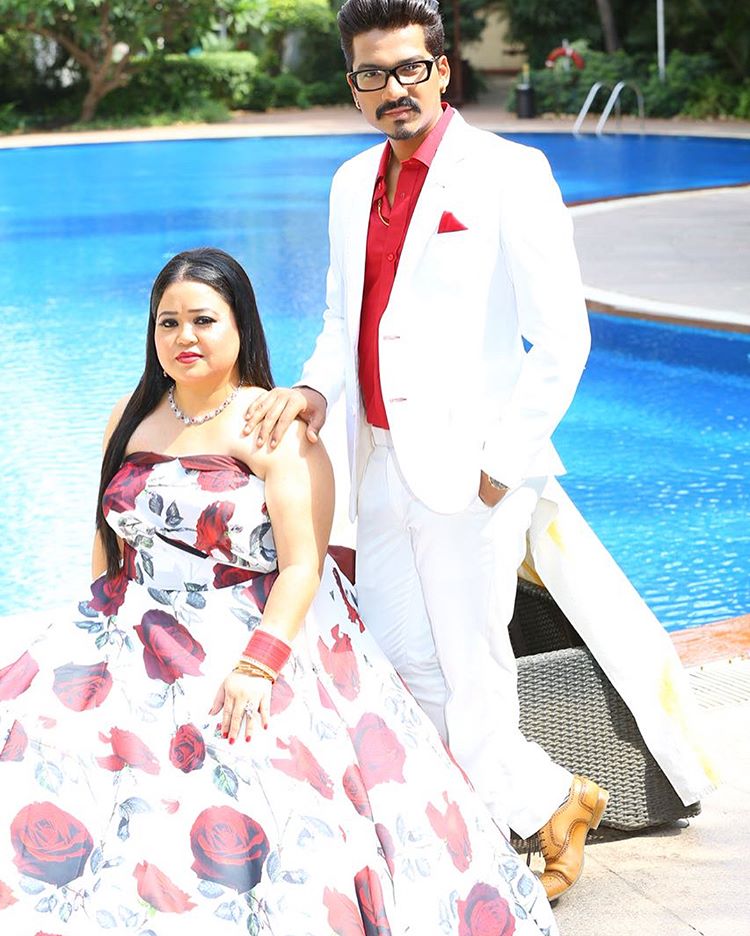 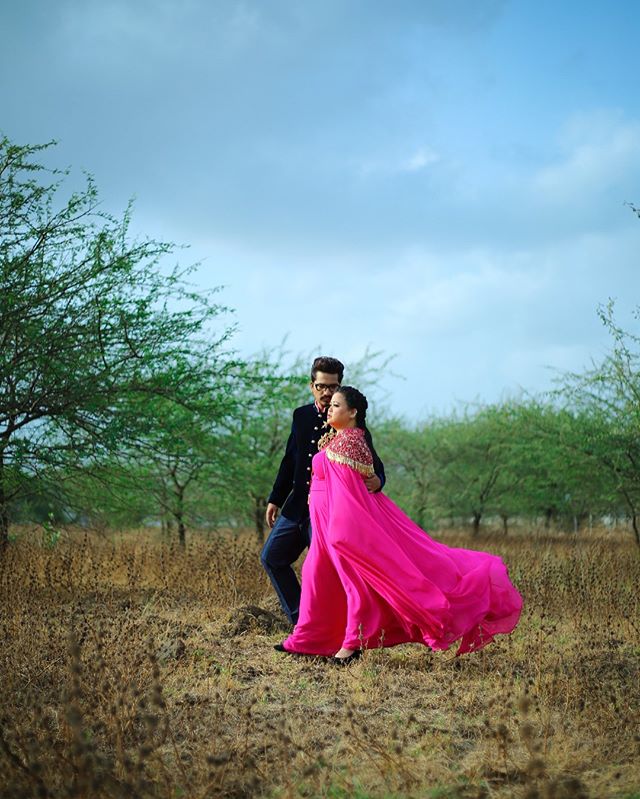 And his beautiful birthday wish could be read as: 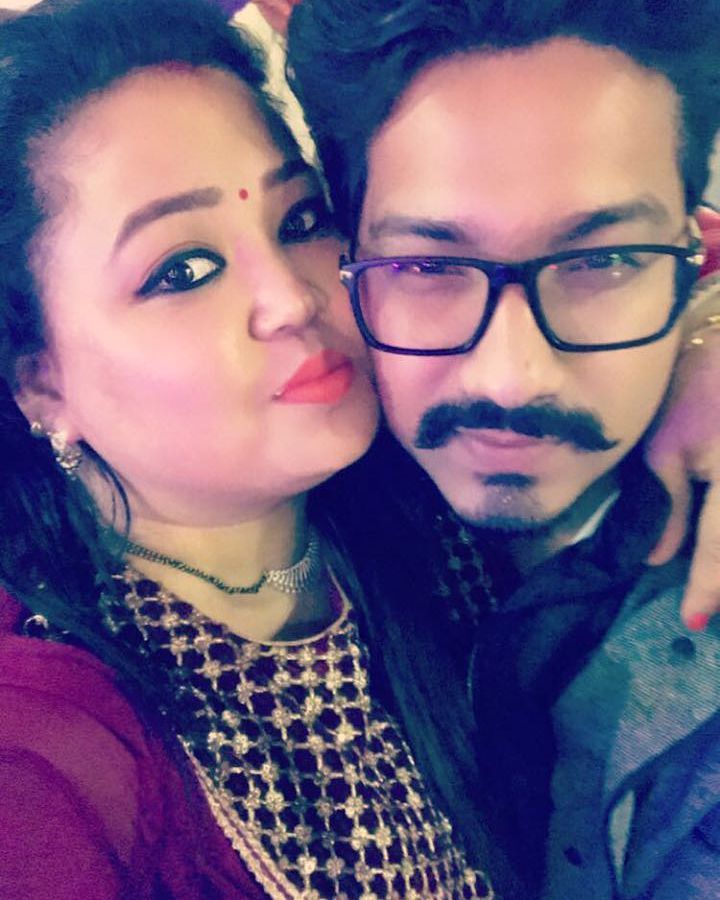 And similarly, on January 30, 2018, it was Haarsh’s birthday and Bharti wished her hubby by posting the above pic along with the beautiful caption that follows:

“For your birthday, if I good give you something in life... Then it would be the ability to see you from my eyes so that you realize how special you are to me! Love you loads and loads”. Bharti and Haarsh became one on December 03, 2017 in a destination wedding style in Goa and almost 20 days later, the couple went on their honeymoon to various beautiful Europen locations like Budapest and Prague. Before the couple took off for their honeymoon, Bharti had revealed to a media portal:

“We are travelling to a lot of places like Spain, Barcelona, Budapest and more. We are still looking for more places as it is a one-time opportunity to spend time together and live our lives because later it will be about work and kids”. 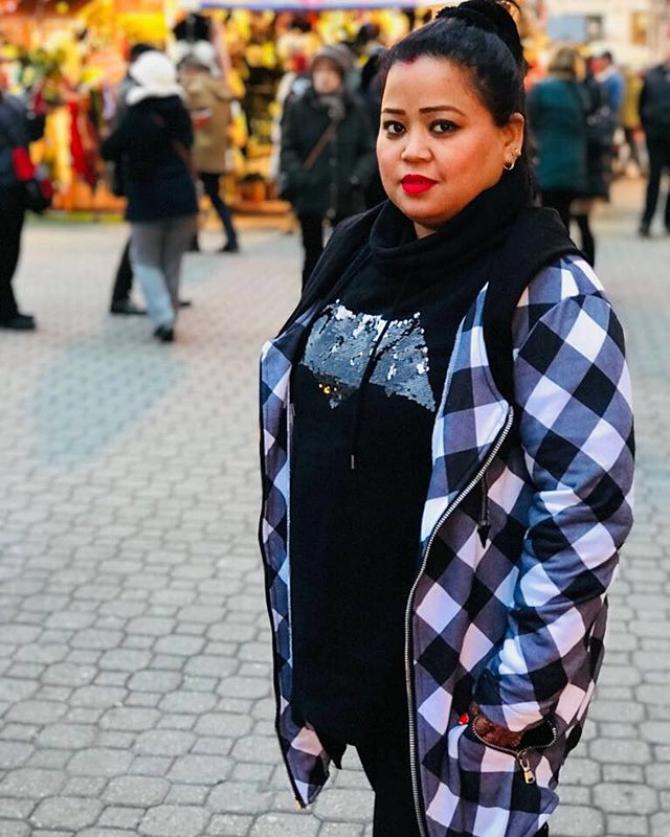 February 14, 2018, was Bharti and Haarsh’s first Valentine’s Day post-marriage and naturally love in the air double-folded itself for this amazing couple. Bharti took to her Instagram and shared the above beautiful pic with hubby, Haarsh, along with the beautiful caption that follows:

“I love you for all that you are... All you have been and all you're yet to be. Love you @haarshlimbachiyaa30. Happy Valentine's Day to all you lovely people”. And Haarsh shared the above pic with the beautiful caption that follows:

“You always find a way to make my life brighter. Love you @bharti.laughterqueen. Happy Valentine's Day to all you lovely people... Have a great day with your loved ones!”

You May Like: 5 Famous Celebrity Couples Who Got Married On Valentine's Day, The Day Of Love

The proud hubby gives an award to wifey 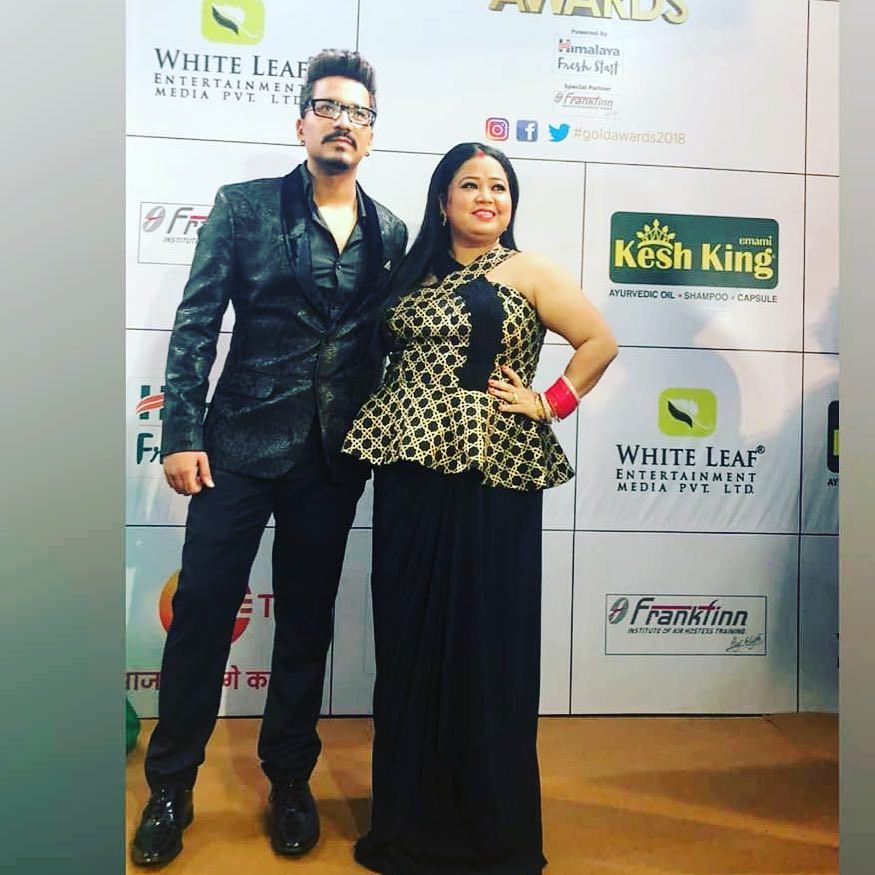 On June 16, 2018, at the Gold Awards organised by Zee TV, Bharti was given the Best Wholesome Entertainer Award, and guess who gave her the award? Her hubby, Haarsh! And he took to his Insta and posted the above pic, and his caption would be any wifey’s dream come true. Read it here:

“I feel so happy and proud giving the award to @bharti.laughterqueen. You're really a wholesome entertainer... You're a true all rounder... Best wife, daughter, daughter-in-law, comedian, dancer and performer! Super proud being your husband”. 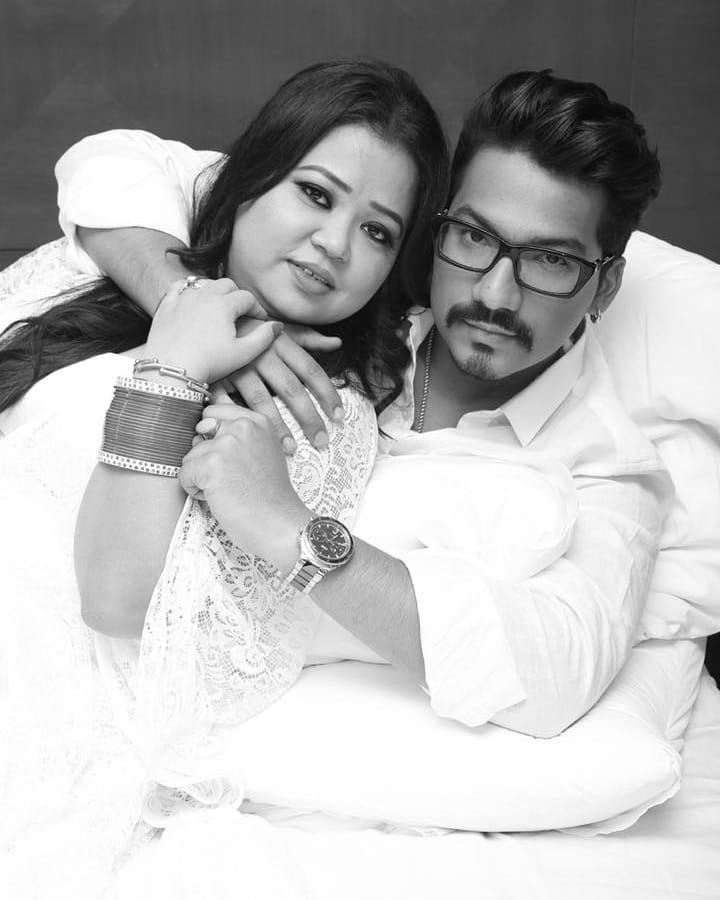 Bharti and Haarsh do not need an occasion to showcase their love for each other. It doesn’t necessarily need to be a special day, after all, their every day is full of love. Posting the above pic on August 05, 2018, Bharti lovingly wrote of her hubby:

On August 04, 2018, Bharti shared the following pic, along with the beautiful caption that follows, for her hubby: 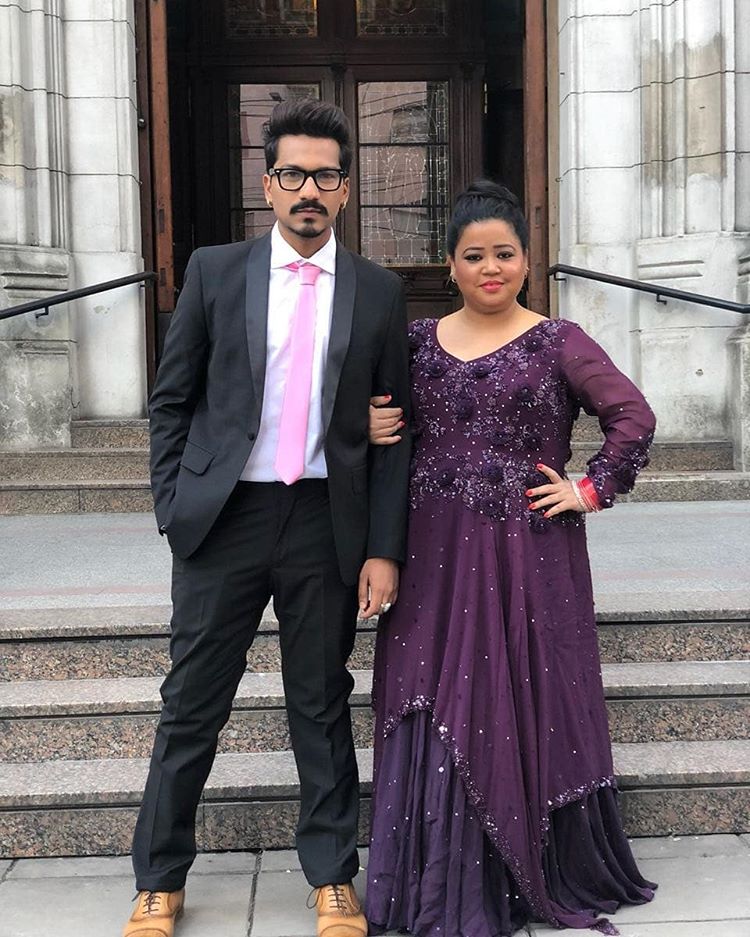 “You stole my heart but I'll let you keep it”.

“Never want to stop making memories with you”.

And posted the following pic: Next Read: 11 TV Celebrity Couples Who Had Inter-Caste Marriages

And the list is endless, truly. If you an ardent fan of these two, we would definitely ask you to check their social media handles, and get swayed by Bharti Singh and Haarsh Limbachiyaa’s PDA. Do let us know in the comments section below, as to how did you feel after seeing the above pics and videos. Also, we can't wait to see these two in Bigg Boss 12, right?