From Sushmita Sen-Renee and Alisah to Aishwarya Rai Bachchan-Aaradhya Bachchan, check out the list of beauty pageant winners-turned-actresses and their adorable daughters.

As the Latin phrase goes, "Matre pulchra filia pulchrior", which in translation to English means, "A daughter more beautiful than her beautiful mother." We bet every mother would agree to that! In this article, we will be listing some highly respectable and oh-so-gorgeous beauty pageant winners in India and their adorable daughters. Over the decades, several beauty queens have taken an extra mile to make their nation proud by bringing the crown home. Not just they have made the nation proud but the divas have also inspired millions of girls out there to dream and follow their hearts to make a mark of their own. Some beauty pageant winners had taken their crown as a ticket to Bollywood and left a subtle mark in the entertainment industry as well, some had chosen a different path.

From Zeenat Aman (Miss Asia Pacific 1970), Juhi Chawla (Miss India Universe 1984), Aishwarya Rai Bachchan (Miss World 1994), Sushmita Sen (Miss Universe 1994), Lara Dutta Bhupathi (Miss Intercontinental 1997 and Miss Universe 2000), Priyanka Chopra Jonas (Miss World 2000) to Neha Dhupia (Femina Miss India 2000) and Dia Mirza (Miss Asia Pacific 2000), ever since the debuts of these beauty pageant winners, there has been no looking back for them. They never failed to entertain their audience and fans with their beautiful looks and amazing talent. Here's a list of beauty pageant winners-turned-actresses and their adorable daughters: 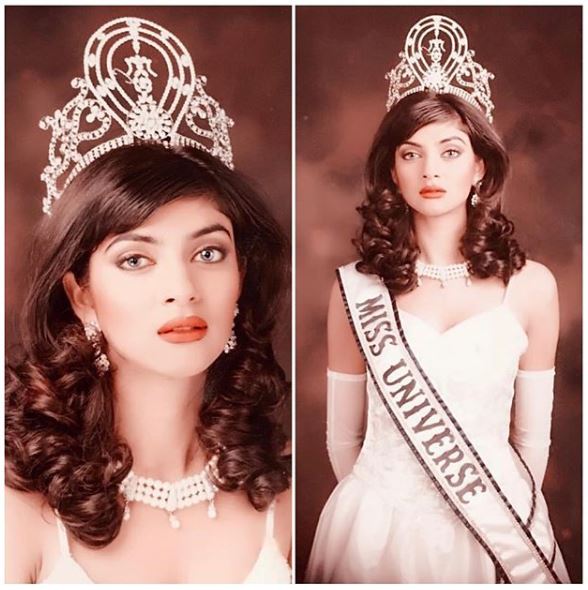 May 21 holds a special place in the heart of Sushmita Sen as it was that day in 1994 when she was crowned with the 'Miss Universe' title, making the nation proud with her victory. It was an unforgettable year as, at the age of 18, Sushmita became the first Indian to earn the Miss Universe title. After her historic win, Sushmita made her Bollywood debut, worked hard to make a noteworthy name for herself in the industry and it is always a treat to watch her on-screen.

India's first-ever Miss Universe, actress, entrepreneur, Sushmita Sen is the mother of two beautiful daughters, Renee Sen and Alisah Sen. Sushmita had embraced motherhood for the first time, when she was just 25, by adopting an adorable girl, Renee. She welcomed her second daughter, her sunshine, Alisah into their lives in 2010. 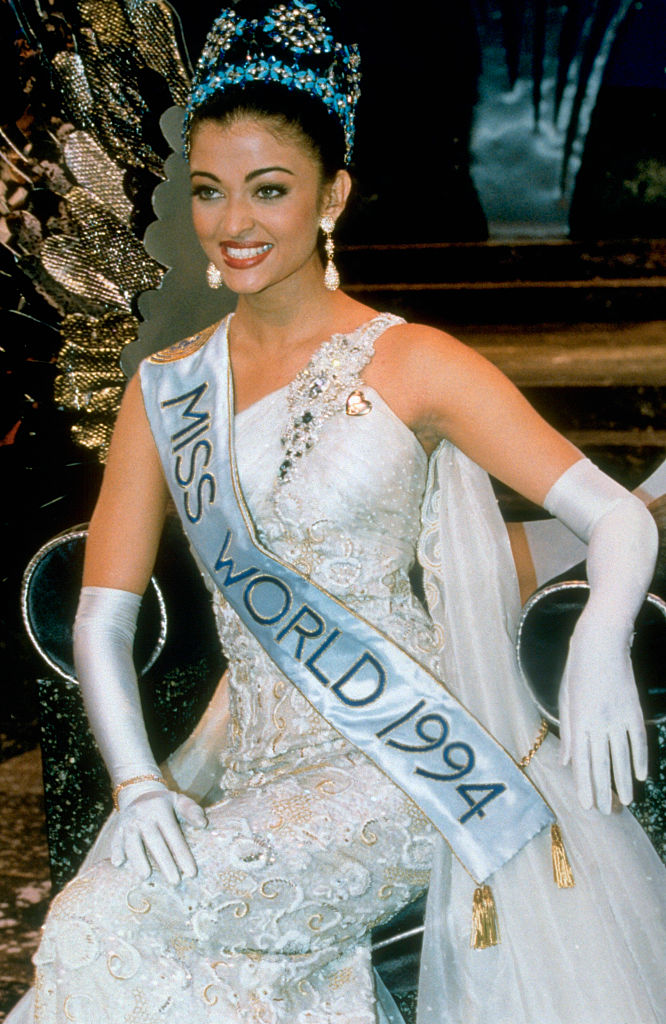 Born to be a stunner and referred to as the most beautiful woman in the world, Aishwarya Rai Bachchan has been ruling the headlines globally since the early '90s, when she was crowned with the Miss World title in 1994. Aishwarya was the second Indian to bag the Miss World crown, and it was the confidence more than the beauty of the then-21-year-old starlet that had impressed the judges. Even today, it is remembered how Aishwarya had made Indians proud by winning an international event of immense stature. Subsequently, Aishwarya made her Bollywood debut with the film, Aur Pyaar Ho Gaya in 1997. Being an Indian actress, Aishwarya is also no stranger to the international platforms and is swooning us for decades now.

Aishwarya Rai had married the love of her life, Abhishek Bachchan in 2007 and four years later, in 2011, the couple had embraced parenthood with the arrival of their baby girl, Aaradhya Bachchan. Ever since Aishwarya had embarked on her motherhood journey, her life has been revolving around her daughter and Aaradhya is her constant companion to professional shoots and work commitments. Also Read: 15 Bollywood And TV Celebrities Who Are An Exact Copy Of Their Sibling That It Is Unbelievable 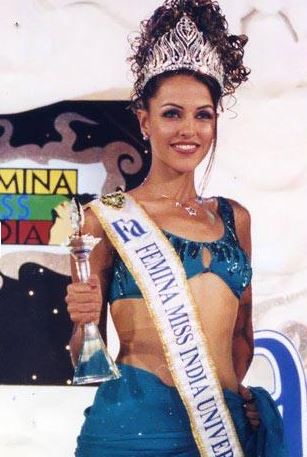 Being crowned as Miss India Universe in 2002 and making a mark at the Miss Universe pageant in Puerto Rico, Neha Dhupia has always been the one, who follows her own path and proved at every step that she's willing to try just about anything. Neha proudly flaunts her grey-hued streak, making it a signature part of her look. Like her contemporaries, Neha too graduated to the entertainment industry with her film debut, Qayamat: City Under Threat (2003).

In a small private ceremony, Neha Dhupia had tied the knot with Angad Bedi in 2018. Neha had embraced parenthood in the same year when while cherishing a lot of firsts in her life including becoming Mrs Angad Bedi, she had given birth to a little angel, Mehr Dhupia Bedi. Neha and Mehr make for a perfect team and though the doting parents have kept their little one's face hidden from their fans and media, they love sharing partial glimpses of their daughter on their respective social media handles. 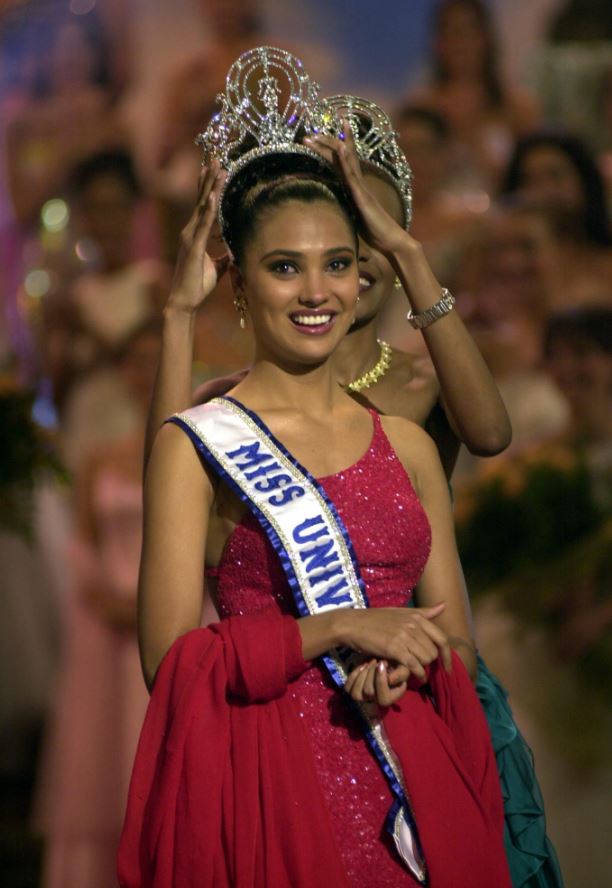 Crowned Miss Universe on May 12, 2000, Lara Dutta can still leave millions spellbound with her oomph and panache. Lara's Miss Universe is the highest score of 9.99 in the history of the pageant, who harbours the spirit of sportsmanship as she helped her fellow Miss India contestants, Priyanka Chopra and Dia Mirza by helping them out in make-up. Being a trained classical dancer, Lara is an ethereal beauty, who is much more than a pretty face. Lara made her Bollywood debut with the film, Andaaz, and has been conquering our hearts since then with her on-screen and off-screen works.

Lara Dutta added Bhupathi to her name when she had exchanged wedding vows in 2011 with Mahesh Bhupathi, the first Indian to win a Grand Slam tournament. A year later, Lara and Mahesh became parents to a little angel, Saira Bhupathi and true to her name, she's nothing less than a 'princess'. Lara is a hands-on mother to Saira. 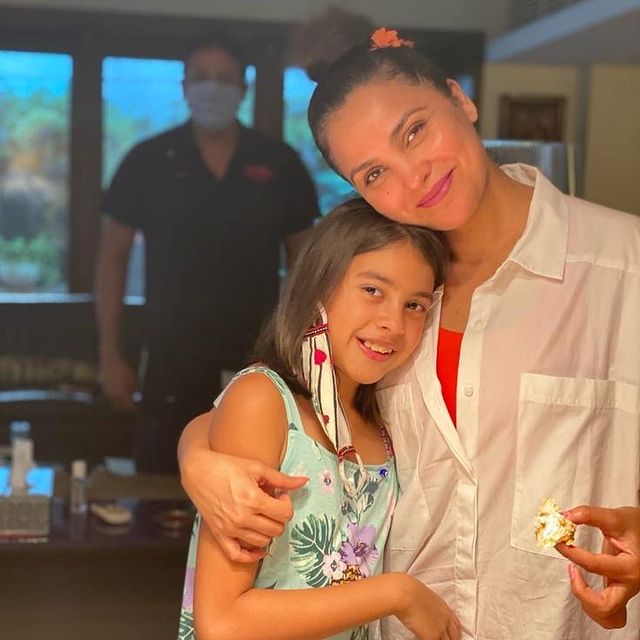 Crowned with the title Femina Miss India in the year, 1993, Namrata Shirodkar is a model-turned-actress, who is known for her films like Bride And Prejudice (2004) and Pukar (2003). Namrata became a favourite of everyone as she charmed us with her vivaciousness, confidence and immense talent. Before taking on the responsibility of running her megastar husband, Mahesh Babu's production house, Namrata made a prominent mark in the film industry.

Namrata Shirodkar and Mahesh Babu tied the knot with each other in 2005, after dating for a few years and embraced parenthood for the first time in 2006, with the arrival of their son, Gautam Ghattamaneni. In 2012, Namrata and Mahesh welcomed a little angel in their lives, Sitara Ghattamaneni. Namrata is acing her role as a doting mother to her adorable kids and is a hand-on mom to them. 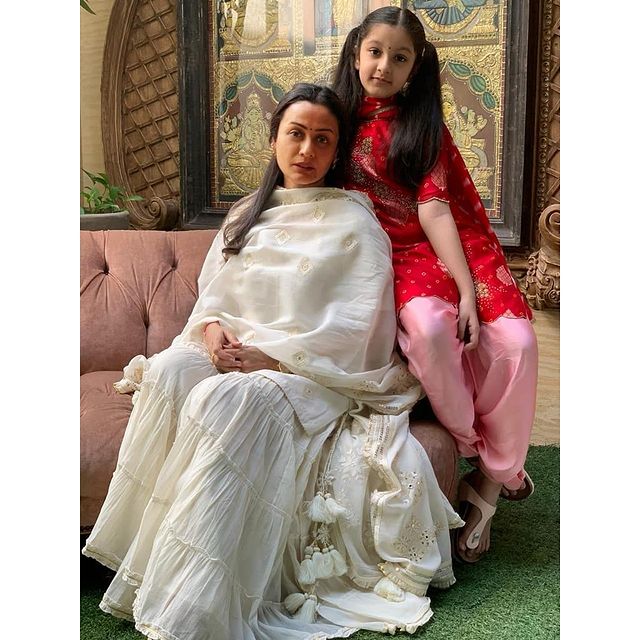 Also Read: 12 Bollywood Actresses Who Embraced Motherhood Before They Turned 30 Before making her debut opposite Aamir Khan in Qayamat Se Qayamat Tak (1988), Juhi Chawla won the Miss India pageant in 1984 and the Best Costume Award at the Miss Universe contest in the same year. Juhi came as a fresh breath of air when she made her debut in the film industry and with her sparkling eyes and million-dollar smile, she ruled millions of hearts back in the '80s and '90s. Juhi's positive and warm aura, and spot-on comic timing helped her prove her mettle as an actor and made her a class apart. Juhi became the 'reigning comic beauty of India', who managed to connect with her audience with her every emotion and even today, it is hard to find someone in the industry, who match up, let alone beat, her as a performer.

Married for close to three decades now, Juhi Chawla and her industrialist husband, Jay Mehta are exemplars of a perfect couple, who have held each other's hands through thick and thin and have been constant pillars of strength for one another. Jay and Juhi are blessed with two kids, Jahnavi Mehta and Arjun Mehta. Despite being constantly in the limelight, Juhi had kept her personal life and her kids guarded from the media scrutiny. 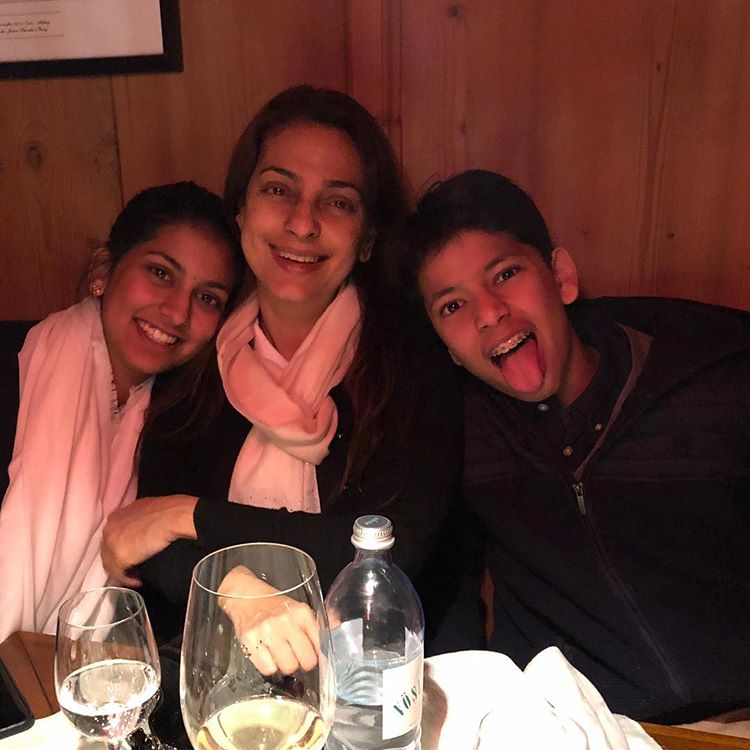 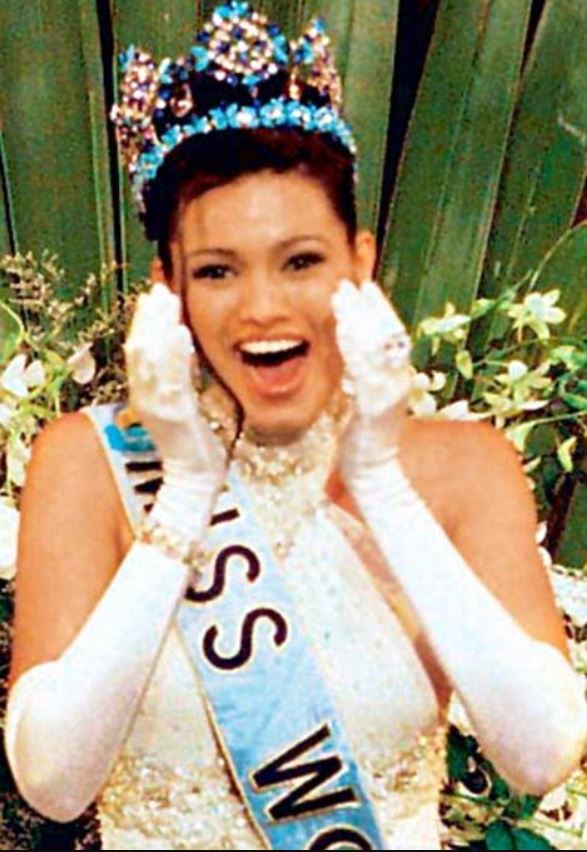 Born in an Anglo-Indian Christian family, Diana Hayden's pageantry journey had begun when she was 23 and a friend recommended her to enter Femina Miss India. In 1997, Diana was crowned with the Miss World title, becoming the third Indian to win the pageant after Reita Faria in 1966 and Aishwarya Rai in 1994. In addition, Diana also won the titles, Miss World Asia and Oceania, Miss Photogenic, Spectacular Swimwear, during the Miss World contest.

Diana Hayden married an American businessman from Nevada, Collin Dick in a private ceremony in 2013. Diana had frozen her eggs at the age of 34 and eight years later, in 2016, Diana became a mother to an adorable baby girl, Arya. Diana was 32 when she learnt about egg freezing, which was an uncommon term back then. In March 2018, Diana embraced parenthood again with the arrival of her twins, a son and a daughter. 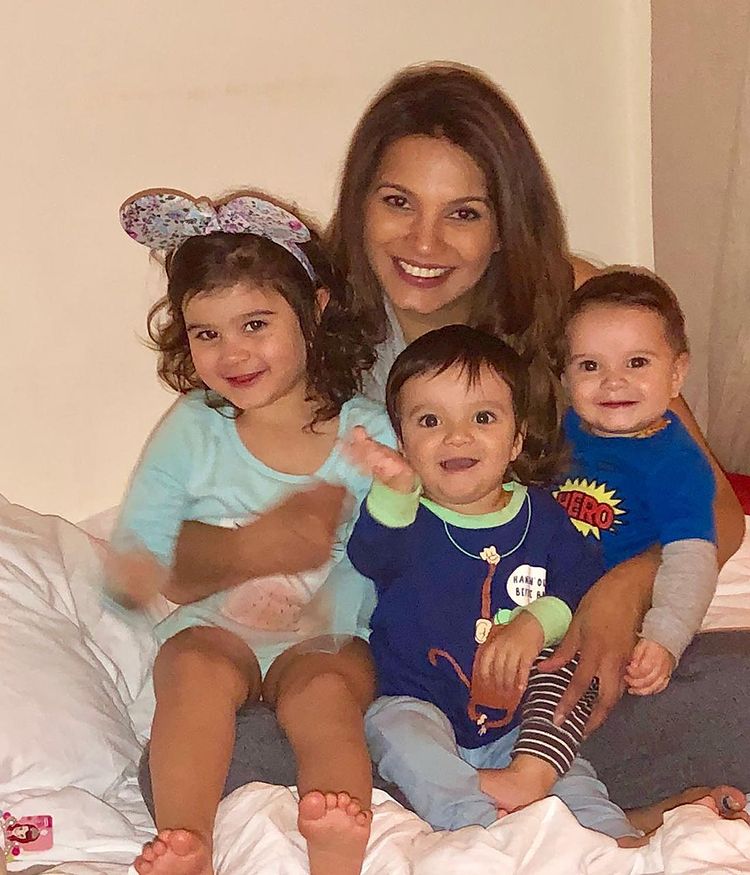 After winning Eve's Weekly Miss India contest in 1981 at the age of 17, Meenakshi Seshadri represented India at the Miss International 1981 in Tokyo, Japan. Meenakshi made her debut in Bollywood with Painter Babu but gained recognition and fame with the film, Hero. Meenakshi was a part of several Hindi, Tamil and Telugu films before she decided to quit her acting career to focus on her family. Looking at Meenakshi's pictures now, we can surely say that she has found a hack to defy the laws of ageing and looks like she hasn't surpassed her prime years even after decades of her debut.

Meenakshi Seshadri found the love of her life, Harish Mysore in a chance meeting when she was looking to settle down and met the brother of a journalist, who was interviewing her in New York. Meenakshi and Harish instantly connected when they met and in 1995, they had tied the knot in a registered marriage. Meenakshi and Harish are blessed with two kids, a son named Josh and a daughter named Kendra. Post-marriage, Meenakshi left Bollywood to shift to Plano, Texas and teaches Bharatanatyam, Kuchipudi and Odissi at a school named 'Cherish Dance School', which was founded by her hubby, Harish. 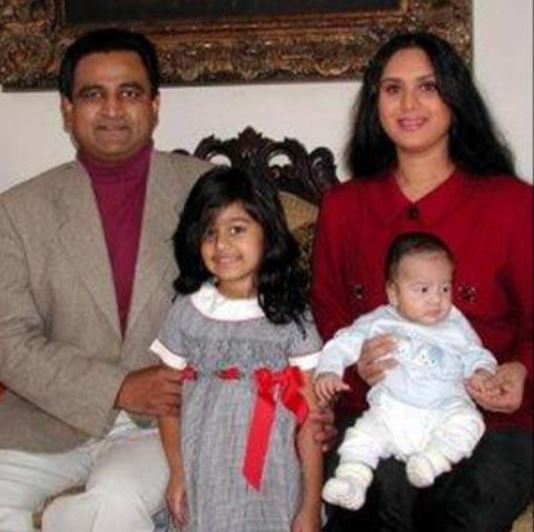 We are sure the aforementioned mother-daughter duos would have melted your hearts with their love! It is so lovely to see the daughters of beauty pageant winners, who had once won millions of hearts, grabbing the limelight with their equally beautiful looks. All we can say in the end is, 'like mother, like daughter'!

NEXT READ: 8 Star Kids Pampered With Lavish Gifts From Their Celeb Parents, Worth More Than Our Life Savings