Bakhhtyar Irani Shares A Heartfelt Note For Wife,Tanazz Irani On Completing 31 Years In The Industry

Bakhhtyar Irani Shares A Heartfelt Note For Wife,Tanazz Irani On Completing 31 Years In The Industry

Tanazz Irani started her career in the year 1988 and on completing 31 years in the industry, her husband, Bakhhtyar shares a heartfelt note for her. Scroll down to read further.

Survival in the film and television industry is like survival of the fittest. The more you cross the hurdles and challenges, the more you will grow and move forward. Tanazz Irani, who is currently seen in Kahaan Hum KahaanTum, along with Dipika Kakar Ibrahim and Karan V. Grover rose to fame with the show Zaban Sambhal Ke, where she had played the role of Jenny. Tanazz has proved herself in this industry and she is here to stay.

The actress has played many roles in movies and TV shows. She has worked in TV shows like Hum Aapke Hain Woh, Do Aur Do Paanch, Swabhimaan, Meri Biwi Wonderful, Shubh Mangal Savadhan amongst others.Tanazz played an important role in Hritik Roshan and Ameesha Patel's Kaho Na Pyaar Hai and there was no looking back for her after the movie. On August 27, 2019, Tanazz completed 31 glorious years in the industry and her husband, Bakhhtar is all praises for his lovely wife. (Do Read: Malaika Arora 'Feels Like Floating' On Her Vacation With Arjun Kapoor, Shares Lovely Pictures) On this occasion, her husband and TV actor, Bakhhtyar Irani shared a heartfelt note for his lovely wife. Bakhhtyar took to his Instagram handle to wish his wife and wrote, “Career starts in 1988....uffff.... Next time on the set.. U can't call her #Tanazz ...u gotta say "maam" Started with plays, TV.. And then the big blockbuster movies.. Love u baby, And proud of u... A loss here and a win there... Won't change these statistics... I'm just very proud of how u have handled. Home life kids and #bakhtyar. How many feels she should get back to the big screen...?? Comm below and what were u guys doing in 1988...#hahahahha #buckyntee #hritikroshan#amishapatel." 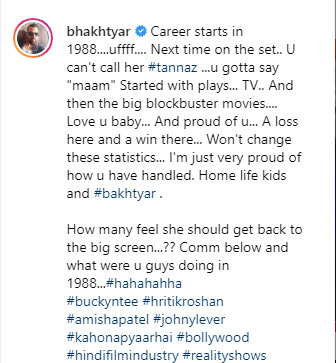 Being such a dotting husband, Baktyaar also shared a couple of pictures of the actress from her initial days in the industry. Take a glance at the pictures: 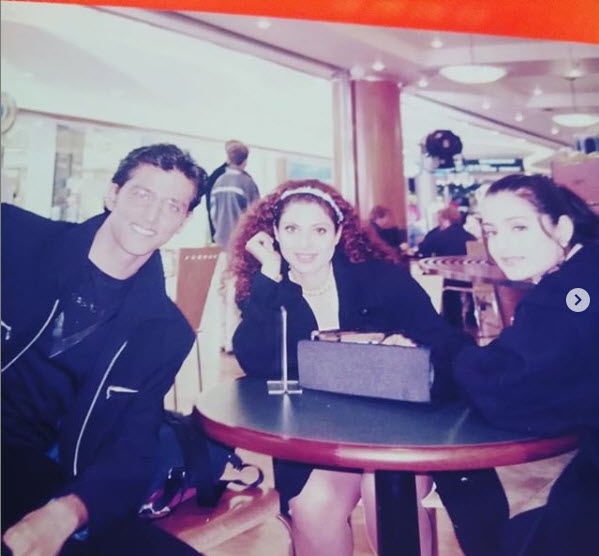 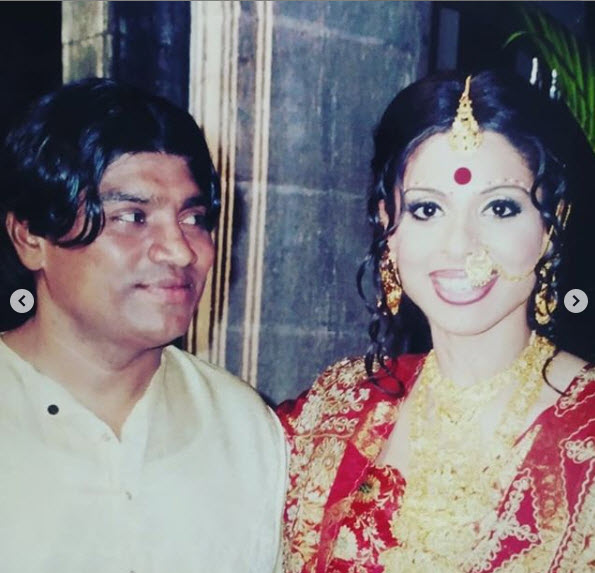 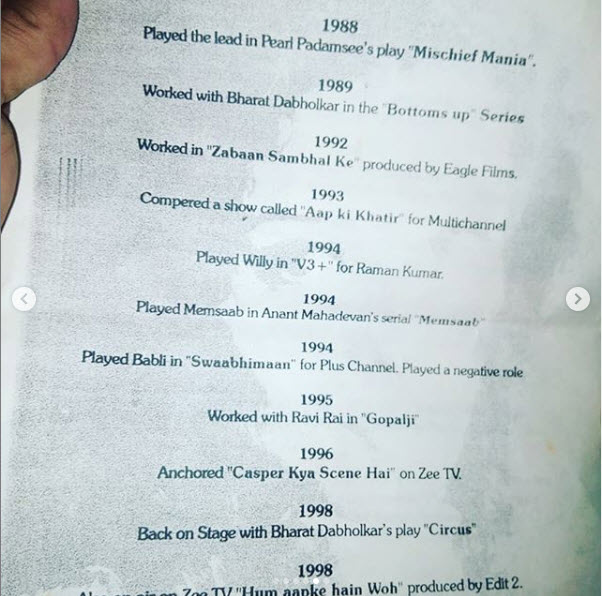 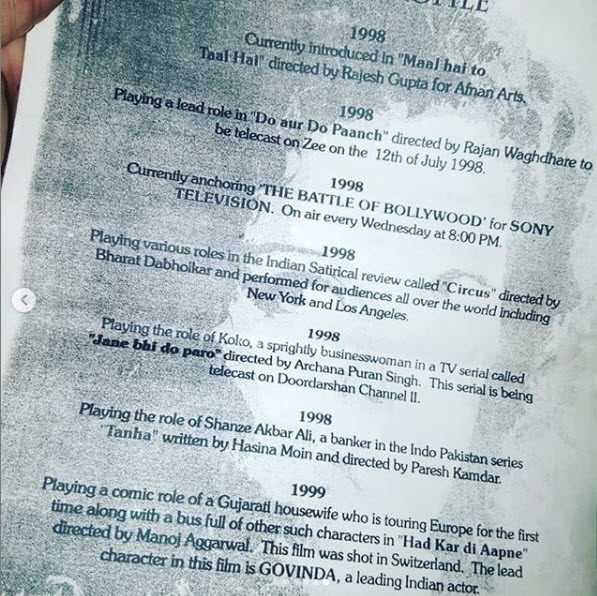 Tanazz and Bakhhtyar had meet on the sets of Fame Gurukul in the year 2006 and instantly fell in love. Fighting all the odds and hurdles on their way, the duo got married in the year 2007. His family was against their marriage as Tanazz is 8 years elder to Baktyaar. However, Delnaaz Irani (Baktyaar’s sister) had helped them in convincing their parents. (Recommended Read: Priyanka Chopra Jonas' Photoshopped Image For Nick Jonas Is Melting Our Hearts [Pics]) 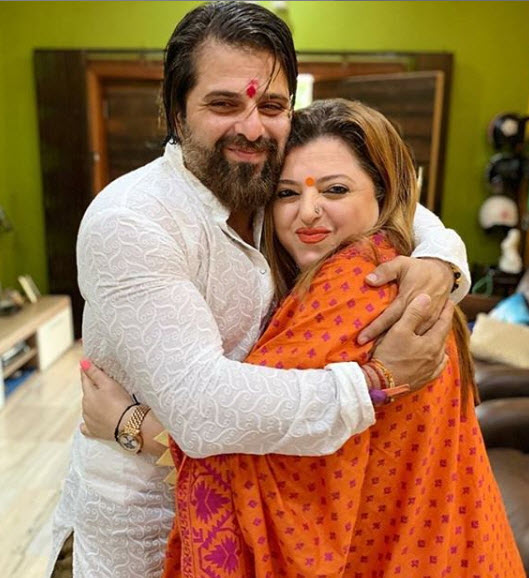 Speaking about her husband, Bakhhtyar, in a throwback interview, Tanazz had said, “Love surpasses all differences. Even if there are things that I don't like doing, I do them just for my husband. For instance, if Bhakhtyar wants me to go with him to a party and I'm irritated because I don't want to go, I'll still end up going because it means a lot to him.” 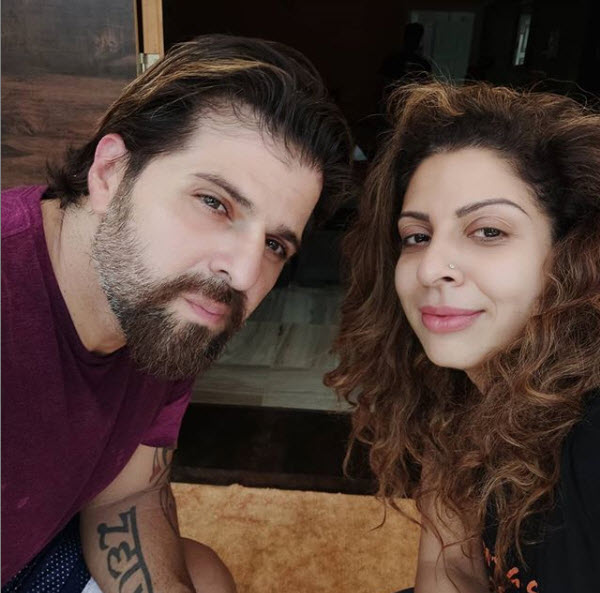 Bakhhtyar Irani and Tanazz B. Irani are proud parents of their two kids, Zaus and Zara. Recently, during their Phuket vacation, Bakhhtyar got Tanazz's face tattooed on his back. Talking about the thought behind the tattoo, Bakhhtyar, in an interview with the Bombay Times, had stated, “Getting Tanazz’s face inked on my body has been a longstanding wish. In fact, when I was in college, I had decided that I would get a tattoo of my wife whenever I get married. However, until now, I never got a chance to do it. We didn’t even go on a honeymoon. So, recently, when we suddenly decided to go on a trip, I decided to fulfil my dream. It took seven hours for the tattoo to be completed and the pain was unbearable. I had tears in my eyes and for the first time, I hated Tanazz’s curly mop and wished she was bald (laughs!). The machine was literally grazing my body, as the tattoo was too intricate and detailed." 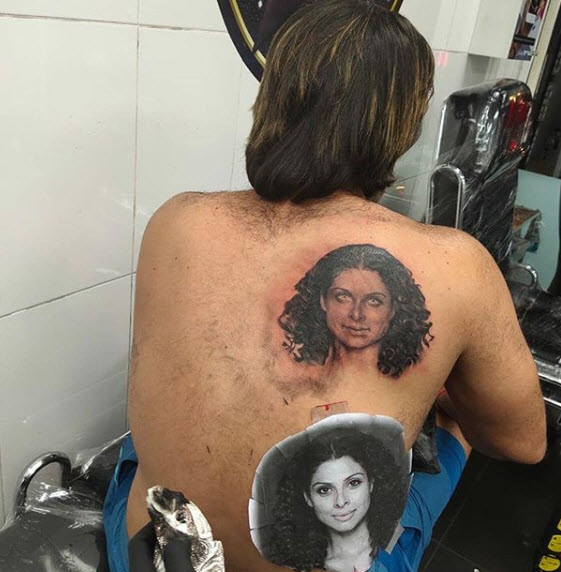 Sharing her reaction on seeing the tattoo, Tanazz had recalled, “He has my name on his calf and our kids’ names, Zeus and Zara on his arm, but the latest tattoo left me shocked." When asked about the final look of the tattoo, she replied, "The real me obviously looks better. But it’s interesting to see how my face becomes wider when he flexes his muscles and narrow when he contracts them. He has me delivering different expressions all the time on his back." (Suggested Read: Aayush Sharma Indirectly Confirms Wife, Arpita Khan Sharma's Pregnancy, Posts A Cryptic Comment) 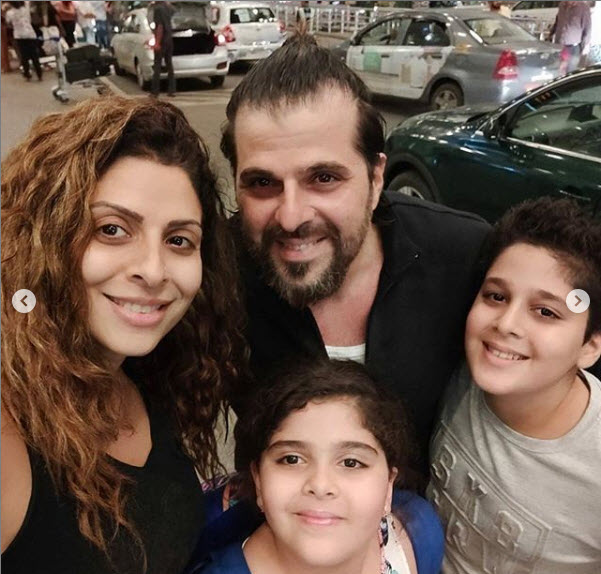 Bakhtyar is giving some major husband goals. What do you guys think?