Priyanka Chopra Jonas had missed the VMA 2019, however, she made sure Nick Jonas doesn't feel left out in her absence. Read the story to find out how.

The original desi girl of B-town Priyanka Chopra Jonas is ruling the world with her outstanding performance and making us proud. Priyanka Chopra Jonas, who got married to Nick Jonas on December 1-2, 2018 never fails to impress us with her appearances at the award functions or even on any casual outing with husband, Nick.

On August 26, 2019, the Jonas brothers won Video Music Awards 2019 for the best pop song for their new single, Sucker. The Jonas brothers returned to the stage of VMA after 11 years. The night turned out to be a memorable one. Post their win, an image went viral where the two Jonas brothers, Kevin Jonas and Joe Jonas were seen being kissed by their wives Danielle and Sophie Turner, respectively. The picture also showed lonely Nick Jonas standing in between his brothers. The picture went viral and in no time, a series of funny memes followed. Take a look at the picture. (Recommended Read: Aayush Sharma Indirectly Confirms Wife, Arpita Khan Sharma's Pregnancy, Posts A Cryptic Comment) Priyanka Chopra Jonas had missed the VMA, but to make it up for her absence, she recently shared a photoshopped image on her Instagram handle, where she is seen giving husband, Nick a warm hug and wrote, “I’m always with you @nickjonas Congratulations @jonasbrothers! I’m so proud of all of you! #sucker.” Take a glance at the photo. 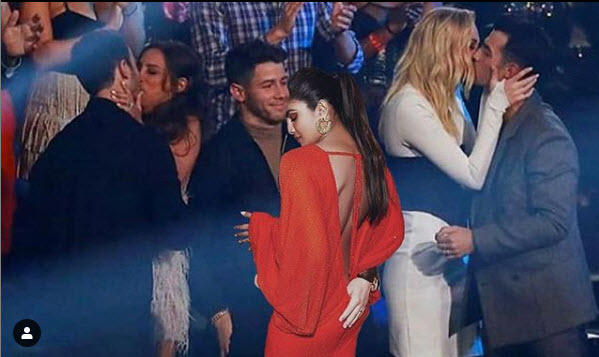 Post their win at the VMA 2019, Nick Jonas had taken to his Instagram handle and posted a picture with Joe and Kevin holding their trophies. He captioned the picture as, “Best pop video!! Thank you! We have the best fans in the world for voting for sucker! A win like this in our home town means the world. #vmas.” He also shared a picture from his rehearsal where he is seen practising on his piano and captioned the image, “Pre VMA moments. Feeling blessed to be returning to the #VMAS stage for the first time in 11 years with my brothers.” (Must Read: Amitabh Bachchan Reveals His Property Will Be Equally Divided Between Abhishek And Shweta Bachchan) 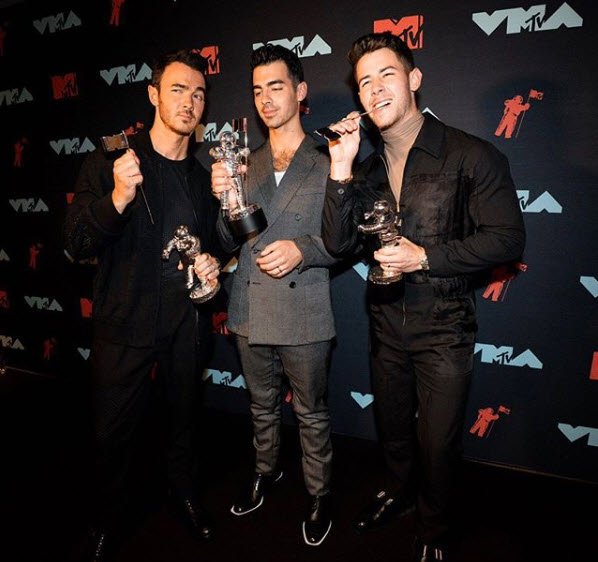 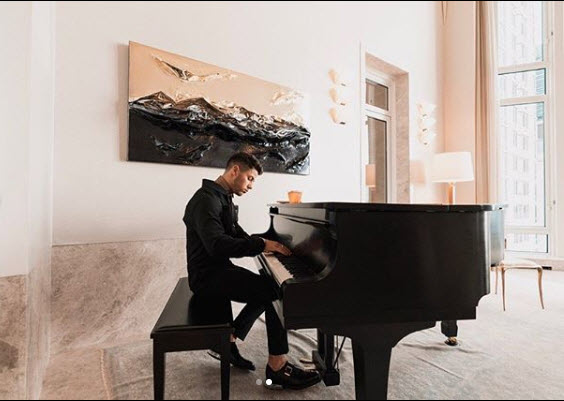 Priyanka Chopra Jonas and Nick Jonas got married in Jodhpur in December, 2018. The couple had two sets of weddings, one Christian wedding and another, Hindu wedding. Post which the duo had hosted a couple of wedding receptions which were a star-studded affairs. The couple has been giving us some major relationship goals. Priyanka and Nick’s social media PDA is just adorable. Take a look at the pictures from their vacations: In an interview with Entertainment Tonight, Nick had revealed about his connection with Priyanka Chopra Jonas. He had said, “It was kind of an instant thing. I knew once we locked in together that I had a partner for life and a teammate, someone I could walk through the good times and the bad times with, and that was the key. I’m blushing now!"

In an American chat show, Nick had opened up about his love story with Bollywood star, Priyanka Chopra Jonas. He had revealed that they had actually texted each other for six months, but didn’t meet in person. He had recalled, “We met through a friend. We got connected first over text and we started talking for a while. It was about six months before we met up in person. We actually attended the MET Gala, a few years ago together and had a great time. We were just friends and our lives were taking us to different places.” 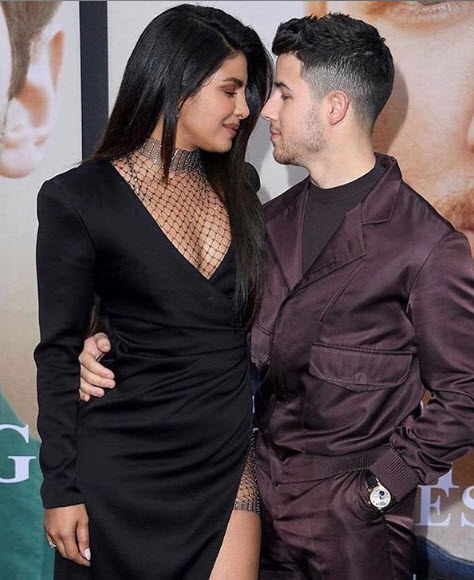 In an interview with Hello Magazine, talking about her wedding with Nick, Priyanka had explained, “When Nick said to me that he wanted to marry his bride in her home, it melted my heart. Being able to have two big weddings in India with our closest family and friends was unbelievably special." (Suggested Read: Sushmita Sen's Birthday Wish For Her 'Gift' Alisah Proves How Ecstatic She Is On Her Turning 10) 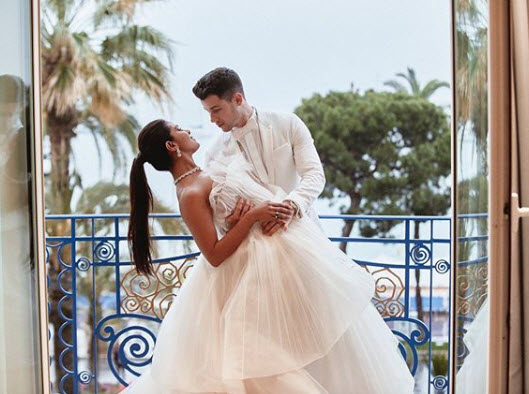 During her appearance on The Tonight Show, Priyanka had disclosed the reason why she added Jonas to her surname. She had remarked, "I always wanted to add his name to mine because I felt like, you know, we're becoming family and I'm a little traditional and old school like that. But I don't take away my identity — he gets added to who I am."

Priyanka stole our heart with this adorable gesture. What do you guys think? 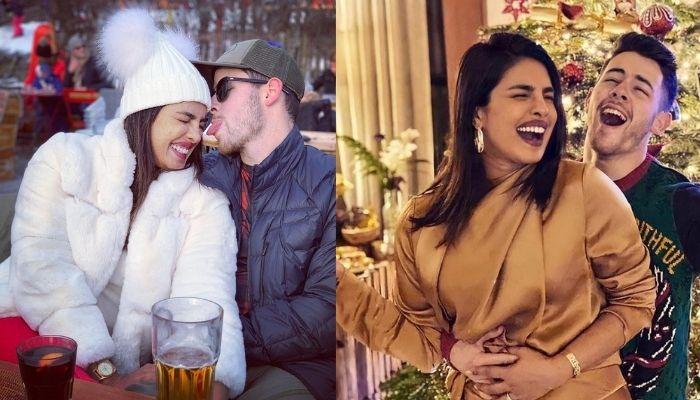 Priyanka Chopra Jonas and Nick Jonas' love story had started with a DM on Twitter in 2016. Afterwards, they had accompanied each other to the Met Gala in 2017. It was at the Vanity Fair Oscar’s after-party where Nick had fallen head-over-heels in love with Priyanka. Nick and Priyanka's hush-hush