On September 22, 2018, Andhadhun actor, Ayushmann Khurrana’s wife Tahira Kashyap shared with the world that she has been diagnosed with stage 0 breast cancer. During these testing times, Ayushmann has really proven himself to be a hands-on husband and of course, Tahira has been fighting the demon like a warrior. However, like a true fighter, Tahira isn’t letting her illness come into the way of her happiness in any way. She was also been spotted with her hubby during the screenings of his latest releases, Andhadhun and Badhai Ho. (Also Read: Abhishek Bachchan Believes Aishwarya Rai Is 100 Percent In Everything, As A Wife, Mother)

Now, in her latest Instagram post, Tahira has shared a beautiful picture with Ayushmann from their photoshoot for the cover of HT Brunch. Sharing the following pic, she revealed that the two haven’t gotten clicked like this in the past 17 years and wrote, “This is a special one as this is a first for the both of us together. Haven’t gotten ourselves clicked like this in the past 17 years (including 10 years of marriage) except for the last time at our marriage where we adorned our wedding as Christmas baubles sitting on a red sofa accepting shagun that would contribute to the wedding expense. Yea very middle class but much fun. The memories of that day do tickle a funny bone but some are scarring like the one with the photographer”. Her caption further reveals the details of their wedding photoshoot and can be read as, “He made us make poses that were extremely clichéd but then he had to exhibit his artistic side too. So from looking from the corner of our eyes towards each other, to looking away from each other with our hands intertwined strategically exposing our wedding bands. From him standing behind me & me sitting in front of him & vice versa. From his hand holding my hand but not directly, Alas that would be too tacky for the maverick behind the camera. So the genius had my husband run his hand from behind my waist & hold my hand from the front & his other hand ran from the front of my waist stretching enough to reach my other far-fetched suffocated hand that was trying hard to breathe through the little pores that were sparingly left sans the mehendi, the 2 dozen red & white bangles, nani mama’s golden bangles, my mother’s favourite bangles, Babaji’s Kadda & last but not the least the kalira’s (golden embellishments hanging from the bangles)”. 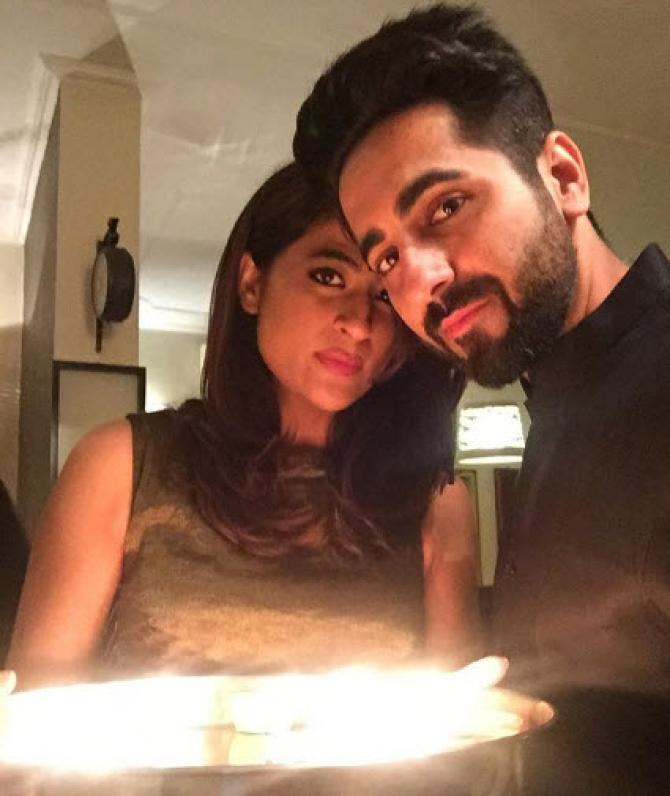 Her post goes on and states, “Amidst the many such contortions the only one left was us twisting our bodies around each other like the Naag & Naagin. Though that crazy man was making us dance to his tunes anyway! So from then to now, it’s quite a leap. Thanku @subisamuel @htbrunch I thought it really would require a special day for us to get ourselves clicked professionally. But I didn’t realise the day would just not be special it will also be memorable for not only am I more comfortable in my skin today but also for the awareness of the cause that I am spreading & enduring. Guess there is still more scope to love myself hence going through another testing phase. I somehow feel I’ll surge. If I was ok being a X’mas tree at my wedding this better be ok! #breastcancerawareness”. (Don't Miss: Teejay Sidhu Calls Karanvir Bohra 'Small-Minded' After He Makes Fun Of Rohit Suchanti's Sexuality) 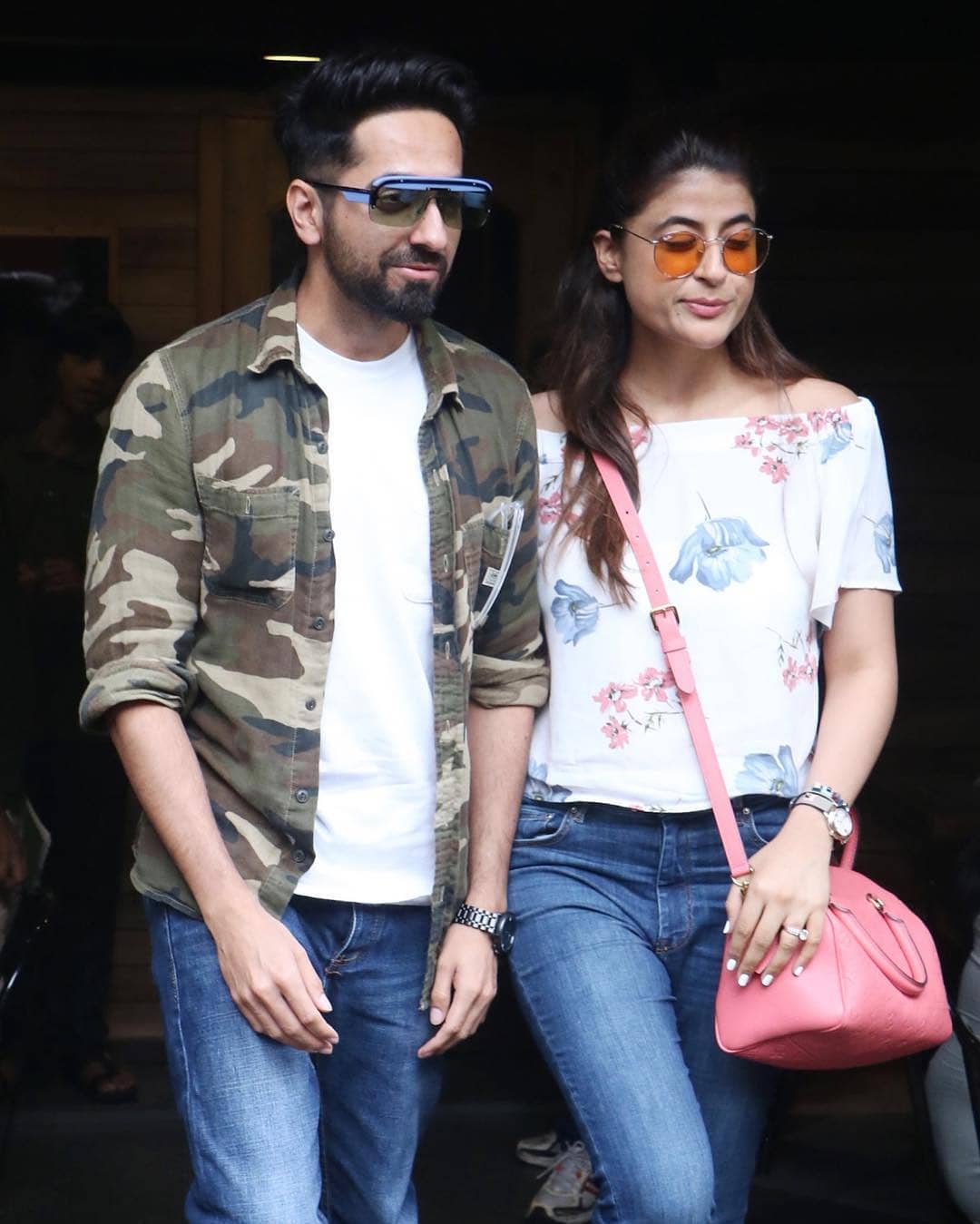 For those who do not know, last month Tahira shared a rather long post and informed the world about her breast cancer in which she wittily wrote, “I was detected with DCIS (ductal carcinoma in situ) in my right breast with high-grade malignant cells. Simply put stage 0 cancer/ pre-cancerous stage, with cancer cells multiplying in a contained area. The result I have become a half Indian version of Angelina Jolie (since only one breast was involved)! I told my doctor now is the time to give some competition to the Kardashians since Pamela is passé”. 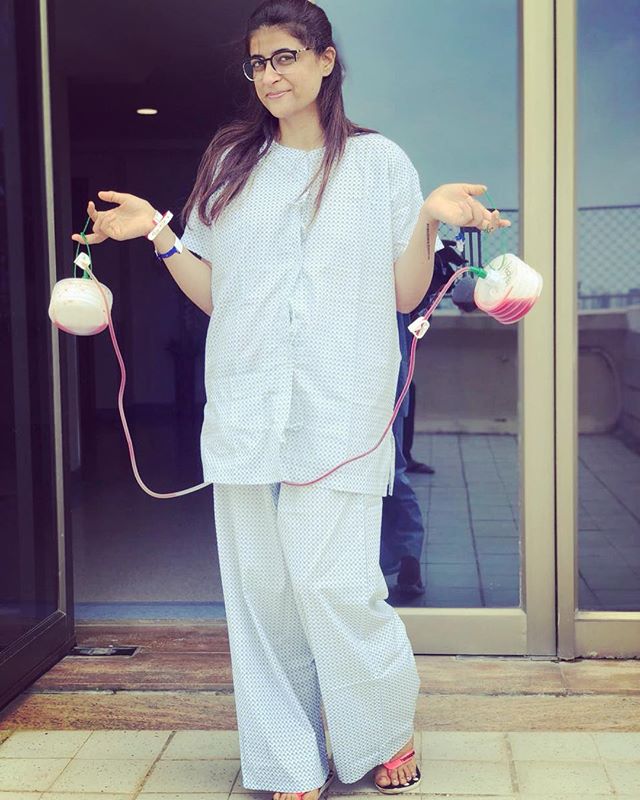 Talking to Mid-Day recently on how they are dealing with Tahira’s cancer, Ayushmann shared, “We had to maintain a happy life state to deal with it. In fact, after we got to know about her condition, we went to see Manmarziyaan that evening. We told ourselves, ‘Okay, we’ve been diagnosed. We can’t go home and cry about it. It’s better to go for a film.’ So, we watched the film, came back and got the date for her operation”. In another interview that Ayushmann did with Pinkvilla, he opened up and said that post his wife’s illness, he has become more patient. The 34-year-old actor was quoted as saying, “I think I have started looking life in a different way altogether. I'm happier as a person, I'm more patient as a person. Small things don't bother me anymore because with an issue like that you have to have a very healthy and happy state of mind”. (Suggested Read: Arjun Kapoor And Malaika Arora Khan Return To Mumbai After Celebrating Her Birthday In Italy)

Well, we pray that Tahira recovers from her illness soon. And of course, the beans that she spilt about her candid photograph and their wedding photo shoot is adorable beyond words.