Ever since Malaika Arora Khan and Arjun Kapoor were spotted sitting next to each other at the Lakme Fashion Week, their rumours find a way to the trending list every now and then with the headlines, 'ready to make things official'. Initially, it all started after Malaika’s divorce with Arbaaz Khan in 2016 that the speculations of Arjun being the major reason behind the same featured on the media portals. As per the reports, Arjun and Malaika’s brewing proximity became the reason for her separation from Arbaaz. (Also Read: Malaika Arora Khan Feels That She Has Become A Calmer Person Post Her Divorce With Arbaaz Khan)

After attending Lakme Fashion Week together, Arjun and Malaika were once spotted on a drive, at Abu Jani and Sandeep Khosla’s party, on the sets of India’s Got Talent and on many other occasions. While we get into the details of the aforementioned spotting of Arjun and Malaika later, let us tell you the most recent one first. Arjun and Malaika were snapped at the Mumbai airport returning from Italy after celebrating latter’s birthday.

Malaika Arora Khan was in Italy for her birthday week and ringed in her 45th birthday with her special someone. In one of the posts that Malaika shared on her Instagram, she talked about love and had indicated having a special someone with her on the trip. Here’s what she captioned her photo, “We found LOVE in a hopeless place… He looks at me like nobody else does with...” and ended it with a red heart emoji. In another picture, she wrote, “Tugging at my heart strings… Sorry belt.” Take a look at both the pictures: 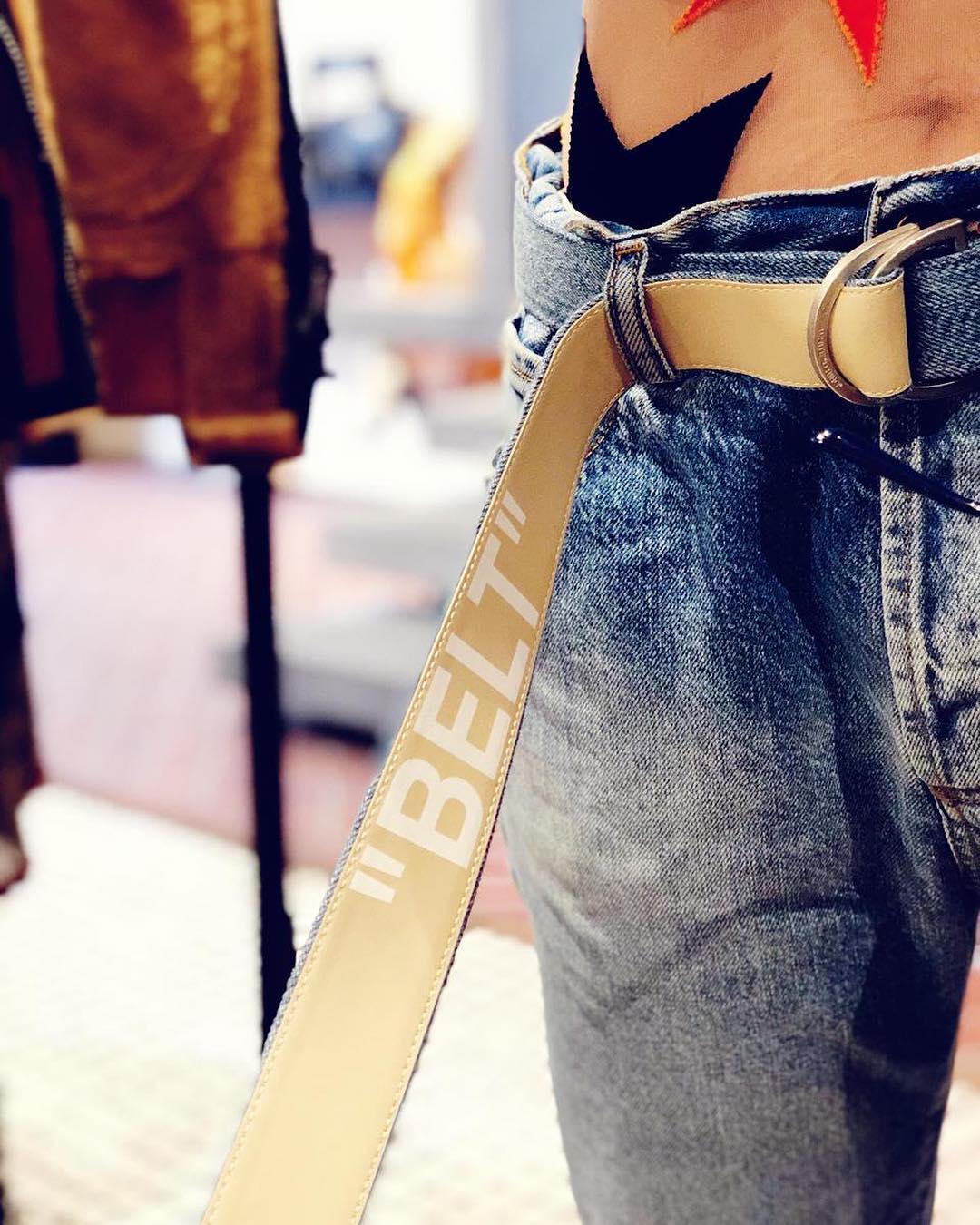 On Koffee With Karan Season 6, in the Rapid Fire segment when the host of the show, Karan Johar asked Alia Bhatt if Arjun Kapoor has a girlfriend or not, she nodded with a yes but answered no. Check out the VIDEO (from 00:41:26-00:41:42).

Recently, Arjun Kapoor appeared on the eighth season of India’s Got Talent, during the promotions of his film, Namaste England. This particular episode garnered a lot of attention and became the talk of the town as Arjun decided to sit next to his alleged girlfriend, Malaika rather than his co-star from Namaste England, Parineeti Chopra. Also, Arjun and Malaika walked hand-in-hand on their way to the stage to shake their booty and set it on fire with their twerking skills.

Lakme Fashion Week is the most talked about fashion event of the year, and it grabbed the eyeballs this time majorly because of rumoured lovebirds, Arjun and Malaika. As Varun Dhawan walked the LFW ramp, Malaika and Arjun, who were sitting next to each other, cheered for him. This madly-in-love couple were busy chatting and looked content. Arjun’s half-siblings, Janhvi Kapoor and Khushi Kapoor were also sitting with him and they were all smiles for the cameras. (Also Read: Arjun Kapoor And Malaika Arora Khan Attend Lakme Fashion Week Together, Are They Making It Official?) 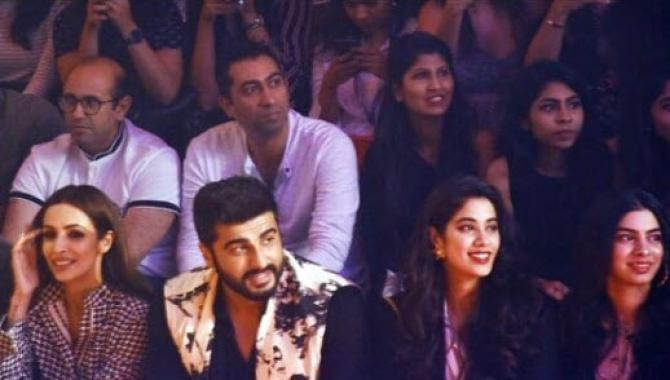 As per a Deccan Chronicle report, a source had stated, "Malaika is no longer keen to hide her proximity to Arjun. When she was with Arbaaz, the Khan family, especially Salman, made their disapproval very clear. But now that she has broken away from Arbaaz, she sees no reason to be coy about her closeness to Arjun. Besides, Arbaaz is also seeing someone else now."

On June 26, 2018, Arjun Kapoor’s dadi, Nirmal Kapoor issued a “threat and a request, a bribe and a command” that he get married soon. She gave him an envelope and wrote on it, “To Arjun Kapoor, with love dadi. Jaldi shaadi karo. From Mrs Nirmal Kapoor”. And Arjun captioned the pic as, “When ur Dadi’s gift is a threat and request along with a bribe and command all rolled into one!!! @nirmalkapoorbombay #bossgrandma”. Haha, isn’t it the most hilarious gift from a grandmother? Speaking about the same in an interview with Mumbai Mirror, Arjun stated, “Dadi has never articulated her feelings so firmly. Before this, it was all said in jest, this time she’s put a tick to it. And since she has few expectations from me, I intend to fulfil this demand at the right time with the right person.” During an interview for HT Cafe, Arjun was quoted as saying, "I'll get married when Rhea and Anshula do. It could take two, four or even six years, I don't know." (Also Read: Fans Want Parineeti Chopra And Arjun Kapoor To Get Married, Here's Their Hilarious Take On It) 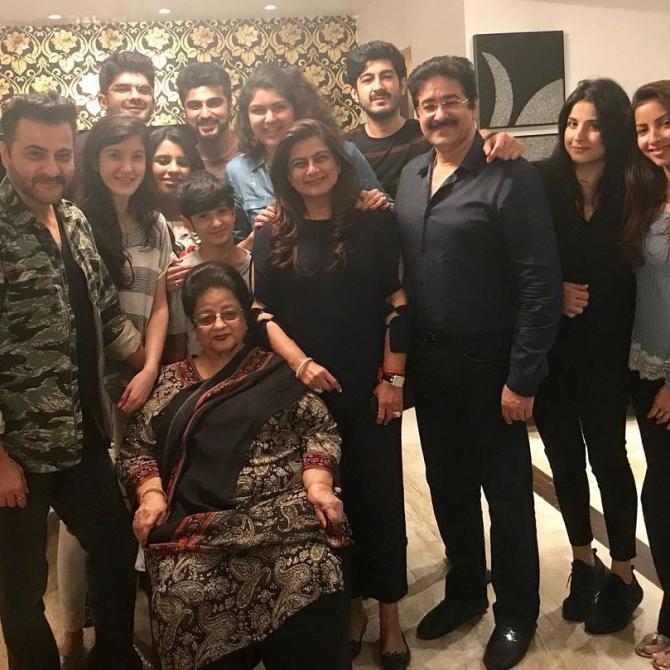 While Arjun Kapoor and Malaika Arora Khan seem to be in a complete 'Pyaar kiya toh darna kya' mode, an official announcement about their relationship from themselves too is eagerly awaited by their fans! 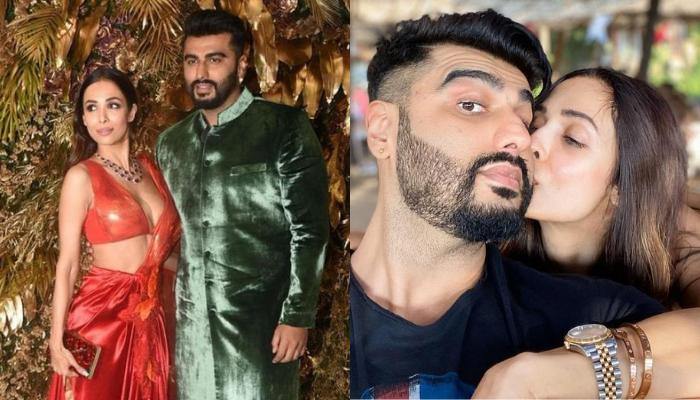 Malaika Arora and Arjun Kapoor have been dating each other for a long time, and with each passing day, their bond has only grown stronger. However, the age gap of 12 years between the power couple has always invited unnecessary trolls on social media. While Malaika is called a 'gold-digger', Arjun