Recently, Ayushmann Khurrana made an appearance on wife, Tahira Kashyap's podcast show, 'My Ex-Breast' and talked about how brave she was during the battle with cancer by calling her victorious queen.

What is the scariest thing to happen in your life? Or what is that one thought that can give you goosebumps and chills? Undoubtedly, it is the thought of losing your loved ones. The mere thought of losing your special someone, leaving a void in your life makes you forget everything and gives you sleepless nights. Life is short and unpredictable and sometimes it becomes hard for us to believe that the one person who was talking to us yesterday, left for heavenly abode so suddenly. When we hear the news of any of our family member diagnosed with any diseases, we try to make sure that the person receives the best of treatment and comes home hale and hearty. In Bollywood, we have seen many celebs diagnosed with a deadly disease and after fighting with the same they emerge as warriors. From Sonali Bendre, Lisa Ray, Rishi Kapoor to Tahira Kashyap, all these celebs have emerged after fighting a tough battle to cancer. (Recommended Read: Neha Kakkar Gets 'Shagun Ki Chunni' On Behalf Of Aditya Narayan And Family Ahead Of Rumoured Wedding)

The last quarter of 2018 was not good for Ayushmann Khurrana and Tahira Kashyap as the latter was diagnosed with cancer and it was her brave attitude towards the same that had won millions of hearts. Her brave attitude and motivational talks about cancer and cancer patients have made her a warrior. We understand how difficult it gets for a family member to see their loved one suffering from a deadly disease. Despite being heartbroken from within, you have to keep a brave heart and smile on your face for your special someone. Ayushmann has been by his wife, Tahira’s side throughout her battle with cancer and in many media interactions and interviews have talked about how lucky he is to have her in his life.

Ayushmann Khurrana Shares Photo Of His Daughter, Varushka Wearing His T-Shirt, Says 'She's Like Me' 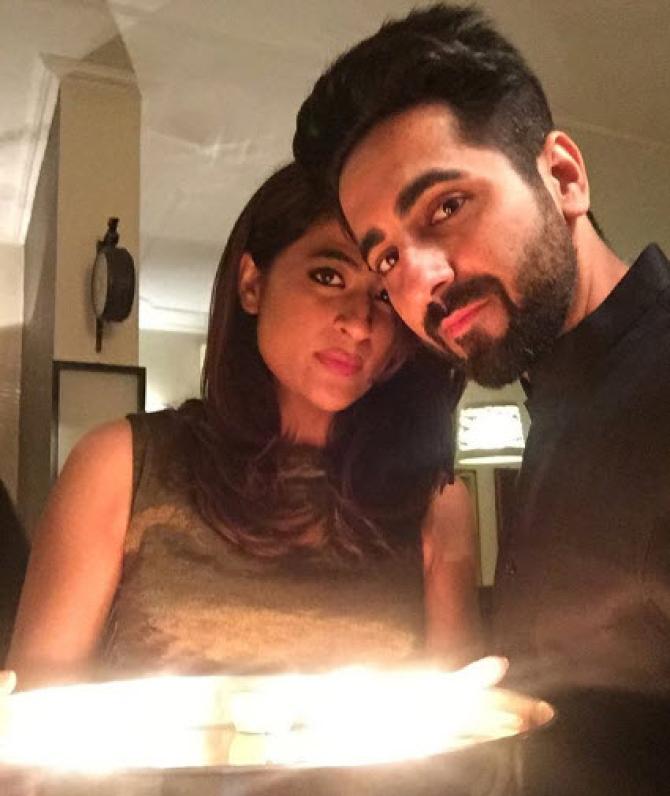 Recently, Ayushmann Khurrana made an appearance on his wife, Tahira Kashyap’s podcast show, My Ex-Breast and called her his victorious queen. The episode was titled as Yes Sir, it’s Cancer and it discussed the events that went on since Tahira’s cancer was first detected. Ayushmann said, “Even though we were together in this fight, I was always so inspired by you and I saw that you’ve become even stronger than me and this transformation was a miracle and came at the right time and it gave you the strength to face everything head-on, and now you’re my victorious queen, standing in front of me.” 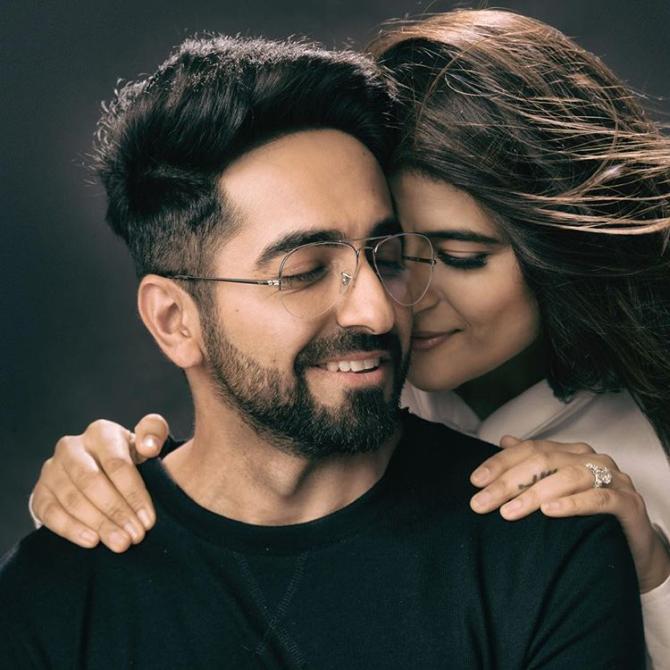 Tahira Kashyap said, “I’m admitting this to you, the only reason I got through was because of how calm and supportive you were through the whole journey.” Ayushmann further talked about the roller-coaster of emotions and challenges that they went through the entire process as they constantly leaned on each other during her recovery. Ayushmann added further that though he was always a strong person since childhood, his wife, Tahira was very vulnerable and confessed how proud he is of her emotional strength and willingness to fight breast cancer not only for herself but for him and their two children, Virajveer and Varushka. 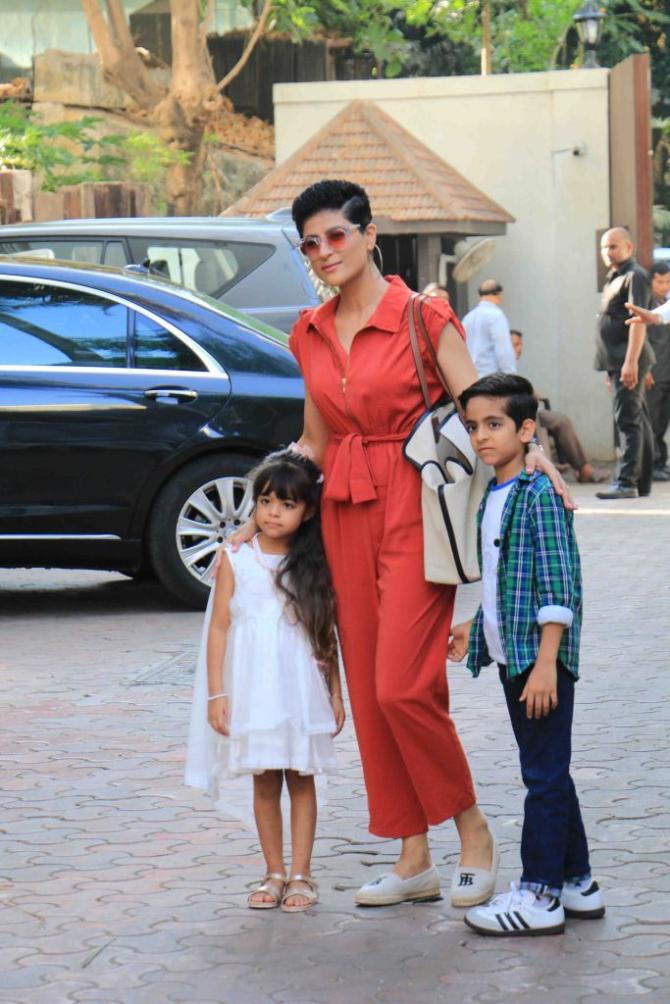 Tahira Kashyap had shared the shocking news of her breast cancer with her fans through an Instagram post, and had written, “An opportunity to give competition to the Kardashians just went wasted! A week back I mentioned about ‘my badge of honour’ that I was going to receive. And I did and am happy to share about it with the intention of it being received with love. As that’s the only reason I am posting it. Love for self and gratitude for the universe. The picture might be disturbing for some, but these drains have become my dumbells for a few days. I was detected with DCIS (ductal carcinoma in situ) in my right breast with high-grade malignant cells.” (Suggested Read: Angad Bedi Enjoys Playdate With His 'Attibaanoo' Mehr Dhupia Bedi, Thanks Neha Dhupia For Everything) Her post could be further read as, “Simply put stage 0 cancer/ pre-cancerous stage, with cancer cells multiplying in a contained area. The result I have become a half Indian version of Angelina Jolie (since only one breast was involved)! I told my doctor now is the time to give some competition to the Kardashians since Pamela is passé. But no one listened to me, so now I have a portion of my back tissue in my breast. Perhaps now I can do chin-ups with my breasts! Jokes apart, this obstacle has given me a new definition of life. Respect its unpredictability and have the faith and courage to be the hero of your own drama of life.” 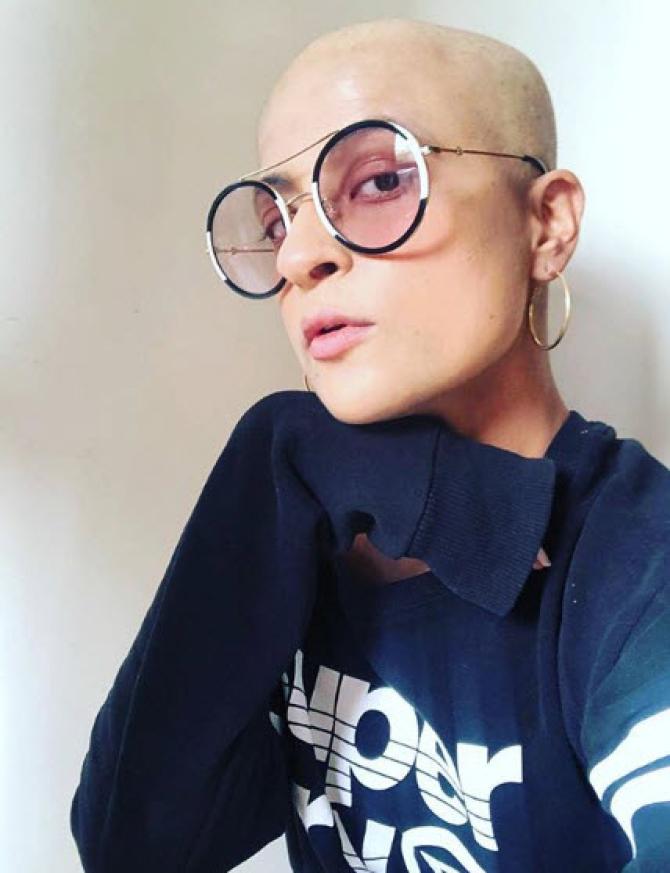 In an interview with Pinkvilla, Ayushmann Khurrana had shared what he went through after learning about Tahira’s cancer and how he has started looking at his life in a very different way. He was quoted as saying, "I think I have started looking life in a different way altogether. I'm more happy has a persona, I'm more patient as a person. Small things don't bother me anymore because with an issue like that you have to have a very healthy and happy state of mind because you are also working at the same time, two films were releasing and she was in the hospital.” 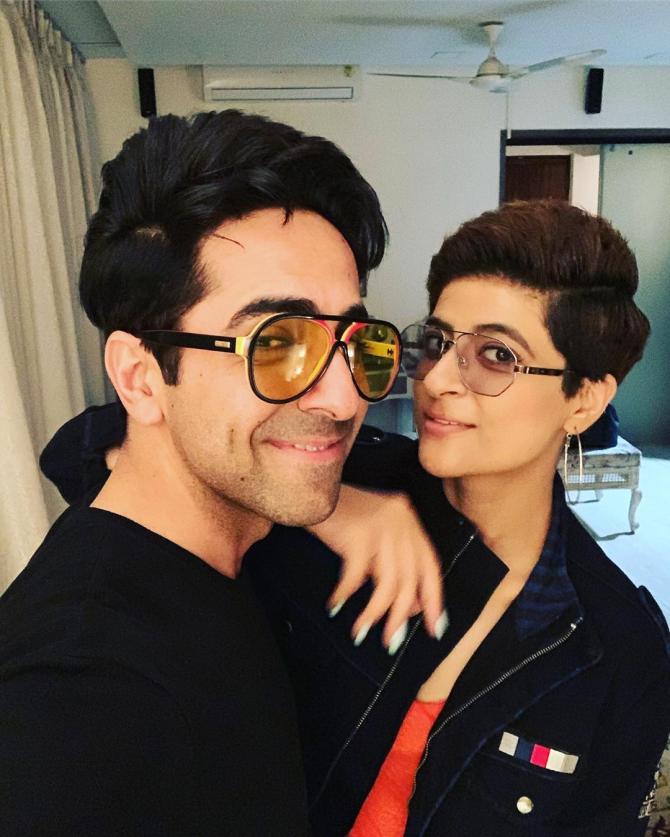 Further talking about the silver lining in their scenario, Ayushmann went on to say, “So, in the morning I used to promote my films and go back to the hospital in the night. I was sleepless for seven nights and seven days. It was not easy but since she was positive, she inspired me a lot. We were also lucky enough as we got to know about it at the early stage that's the silver lining. We decided to keep it positive." (Must Read: Natalie DiLuccio Shares A Picture Of Her 'Cutie Patootie', Rhythm, Says His Cheeks Are Not For Sale) 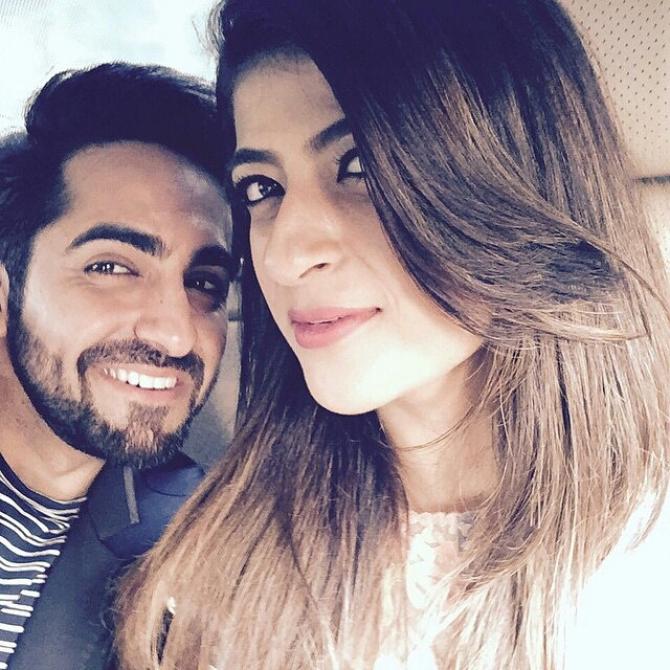 We agree with Ayushmann Khurrana that Tahira Kashyap is a ‘victorious queen’! Since we were young, we have been taught that there are certain topics on which we can’t talk publicly. Discussing those topics even with our parents and elders was considered wrong and we were guided to keep our thoughts on those topics shut. Topics like same-sex marriage, rape, domestic violence, and

Ayushmann Khurrana Shares Photo Of His Daughter, Varushka Wearing His T-Shirt, Says 'She's Like Me'