Sucheeta Trivedi and her husband, Nigam Patel are celebrating their second marriage anniversary today, and Sucheeta revealed her present to her husband on this special day! Baa Bahoo Aur Baby fame, Sucheeta Trivedi had broken all norms and had tied the knot at the age of 41 with Gujarat-based businessman, Nigam Patel on September 22, 2018. Her wedding was a close-knit affair with only immediate family and friends in attendance. It was a destination wedding for the couple in Bhavnagar, Gujarat. As Sucheeta and her husband, Nigam are celebrating their second marriage anniversary today, Sucheeta talked to SpotboyE and revealed her present to her husband on this special day! (Recommended Read: Kangana Ranaut Reveals Who Has Stolen Her Heart, Shares A Cute Picture With Her Cute 'Heart-Thief')

On her D-Day, Sucheeta had shared her bridal look on her IG handle and had expressed her excitement on taking the next big step of her life. Truly said, love is beyond society set conventions and prejudice. It brings peace and happiness in life, and there isn't a proper time to embrace life's happiness! Is there? 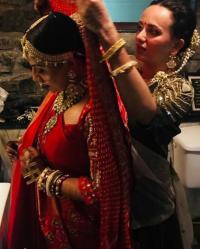 On the occasion of her second marriage anniversary, Sucheeta Trivedi revealed what she is planning to gift her husband. She said, "It's our second anniversary. I was shooting on my birthday, so couldn't spend time with him, but the production house gave me an off on my anniversary, so, I will be spending some quality time with my husband at our farmhouse outside Mumbai. Ever since the shooting has begun, this will be my first break. So, I am going to spend my day with my man in the woods." She further added, "I am giving him my time this year which is the most precious thing looking at the current scenario." 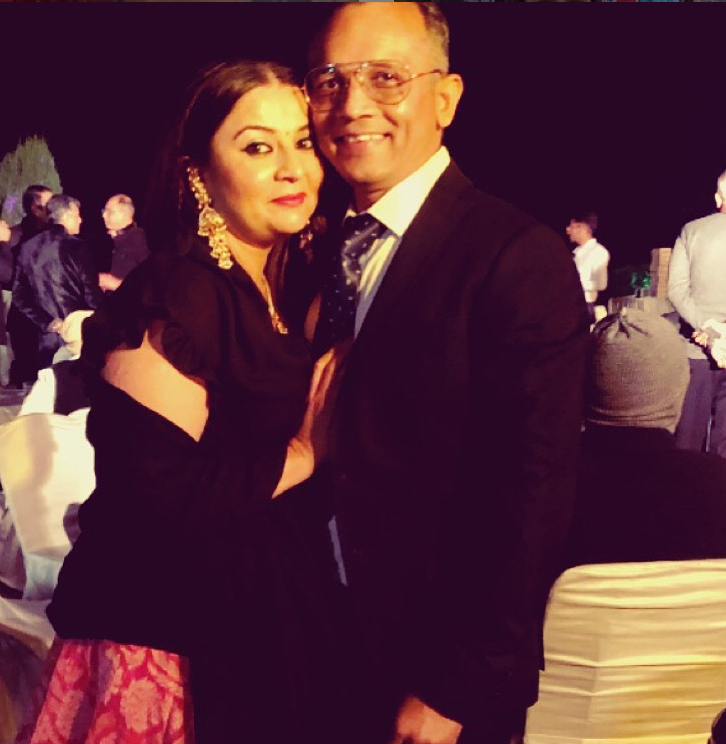 Sucheeta also shared her anniversary plans and said, "I will be watching the episode of my show with our caretaker's family." Remembering her wedding day, Sucheeta shared, "I always wanted a destination wedding with a meaning, with some significance and that's why I chose Bhavnagar in Gujarat because it's my father's native place. It was an organic wedding as both my husband and I are ardent nature lovers and believe in zero wastage, reusing and recycling. Wheat grass was used for decorating the table and even the diyas used were eco-friendly. Everything used was reused in some way or the other. Two of my very close friends are wedding planners and they planned the entire thing just the way we wanted. It was an environment-friendly destination wedding." (Also Read: Kareena Kapoor Khan And Soha Ali Khan Remember Mansoor Ali Khan Pataudi On His 9th Death Anniversary) Earlier, in a candid conversation with The Times Of India, Sucheeta Trivedi had given a sneak-peek into her love story. On the question of where had she met her husband, Nigam for the first time, she had said, "Nigam and I met through common friends and instantly connected." Talking about her intimate wedding ceremony from her hometown, Sucheeta had explained, "Having a small ceremony was our mutual decision. Getting married from my hometown had always been a dream, thanks to Nigam and my family it became possible." When asked about her post-marriage plans, Sucheeta had retorted, "Although I might join Nigam in his business, acting will always remain my first love." FYI, Sucheeta's new show, Indiawaali Maa is on air and is receiving huge applaud from the audience. (Don't Miss: Deepika Padukone Talks About Her Life As Prakash Padukone's Daughter, Shares Childhood Memories)