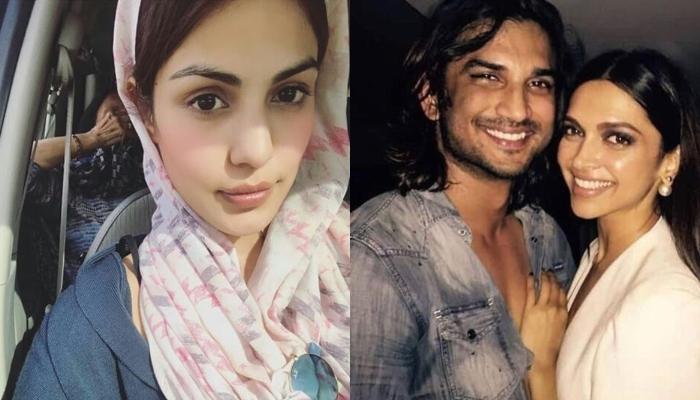 Late actor, Sushant Singh Rajput's girlfriend, Rhea Chakraborty was arrested under charges of drug procurement and consumption on September 9, 2020. She was to be kept in judicial custody till September 21, 2020. After her arrest, her bail plea has already been rejected twice. As Rhea's judicial custody ends today, scroll down to know what happens now! (Recommended Read: 'Baa Bahoo Aur Baby' Fame, Sucheeta Trivedi Reveals Her Gift For Hubby On 2nd Marriage Anniversary)

According to a Times Now report, Rhea Chakraborty had given names from Bollywood, who were allegedly involved in drug consumption. Reports claimed that Rhea had named actress, Sara Ali Khan, who was also rumoured to have been dated Sushant Singh Rajput earlier. Apart from Sara, actress, Rakul Preet Singh and designer, Simon Khambatta's names had also popped in the case. As per the latest update, NCB is probing into the angle, and the actresses might get a summon from NCB. A sessions court in Mumbai extended Rhea Chakarborty's judicial custody till October 6, 2020. Although, Rhea and her brother, Showik have filed bail plea in Bombay High Court, which will take it up tomorrow. In another news, NCB questioned Bollywood A-lister Deepika Padukone's manager, Karishma Prakash after a few drug chats had mentioned an individual with initials 'D'. According to Times Now, 'D' had been allegedly identified as Deepika Padukone and the actress might be called in for questioning soon. Reports also claim that five celebrity names have popped up from the drug chat and the NCB is probing Bollywood's link in the matter. 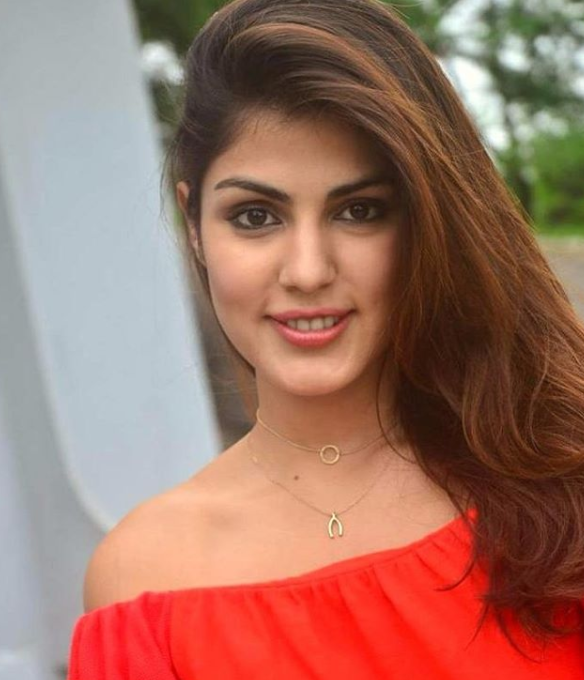 Amongst these, an unseen video of Sushant Singh Rajput with his rumoured ex-girlfriend, Sara Ali Khan had created a lot of commotions some days ago. In the video, Sushant Singh Rajput and Sara Ali Khan were spotted chilling and smoking at the balcony of a bungalow. This video was supposedly shot using a drone as Sushant and Sara were engrossed in a deep conversation. Smoke could be seen in Sara Ali Khan's hands too. The reports by India TV had suggested that the NCB is analysing the authenticity of all these videos. (Also Read: Ali Fazal Supports Richa Chadha As Her Name Was Dragged In #MeToo Allegation Against Anurag Kashyap)

Shortly after the video was surfaced, another shocking report by Zee News had claimed that Sara Ali Khan and Rhea Chakraborty used to take drugs from each other. Not only that, they even had some common drug peddlers. As per the report, during the lockdown, Rhea Chakraborty had taken drugs from Sara Ali Khan as she was reported to have her high profile private peddler who used to supply drugs. They were also said to be connected to some common drug peddlers who have now been arrested by the NCB. At one point, Sara and Rhea were said to have been very good friends and were even spotted together in their gym sessions. 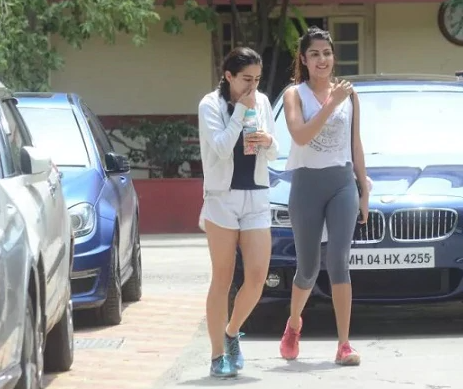 Earlier, according to a Times Now report, during the second round of interrogation by the NCB, Rhea Chakraborty had alleged Sushant Singh Rajput of forcing her to do drugs with him. Before that, Rhea had given the statement that she used to procure drugs for Sushant but had never consumed any herself. Rhea was questioned with her brother, Showik by the NCB officials. She had later retracted her statement and had said that Sushant forced her to do drugs. (Don't Miss: Gaurav Chopraa Shares A Glimpse Of His Baby Boy's Hiccups, Says It Brings A Million Emotions In Him)

What are your thoughts on extending Rhea Chakraborty's judicial custody? Share with us!