Yeh Hai Mohabbatein fame actress, Anita Hassanandani turned 37 on April 14, 2018. Naagin 3 actress celebrated her birthday with her hubby, Rohit Reddy and her in-laws in Goa. From their PDAs to their travel diaries, Anita and Rohit are both avid users of social media. While Anita Hassanandani was busy shooting for her ALTBalaji’s web-series Galti Se Mis-Tech and Naagin 3, she took out some time to chill with her family and have the best birthday ever! (Also Checkout: Blouse Designs You Can Steal From TV Actress Anita Hassanandani's Wardrobe)

Anita Hassanandani and Rohit Reddy’s video from their Goa trip has gone viral, which is bound to leave you in splits. In the video, ecstatic Anita is happily making her pregnancy announcement to her hubby, Rohit over the phone. And the video ends with the funniest reaction from a husband when he finds out that he’s going to be a DAD!! Check out the hilarious video of Anita Hassanandani announcing her pregnancy.

Anita and Rohit shared this video on their Instagram accounts. While Anita captioned it, “Little madness never hurts! Baby I’m PREGNANT... just kidding guys! Concept credit: AdamWaheed”, her hubby Rohit wrote, “When he finds out she’s pregnant!! Concept by AdamWaheed.” Anita Hassanandani and her businessman hubby Rohit Reddy were pronounced husband and wife on October 14, 2013. The lovebirds are enjoying their marital bliss to the fullest for five years and it’s not the first time that their fans are excited for them to share the “good news” of their lives. But Anita has always squashed the pregnancy rumours in the perfect way. (Also Read: Sunny Leone's Promise To Nisha: Will Protect You From All Evils Even If That Means Giving My Life) 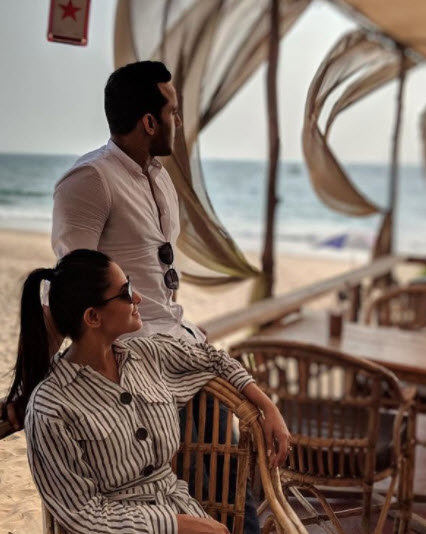 In 2016, she was speculated to be expecting her first child, and she slammed the rumours with a tongue-in-cheek Instagram post. Anita Hassanandani wrote, "So I’ve received a call from every publication from every channel today asking me ke “good news hai kya” … “Yessss the good news is that I’m not on a diet … I’m on pizzaaaaa chocolatessss ice creamssss winessss. Am glowing cos I’m in love with my husbandddddddd. And I promise to let you all know proudly when I am expecting! Cheers." Earlier when Anita Hassanandani and Rohit Reddy bought their car, Anita cleverly mocked her pregnancy rumours with the post, "Guess who's here! Yaaaaayyyyy #bmw our new baby @rohitreddygoa so now I know why everyone asked me #good news hai kya” On the professional front, Anita expressed to IndianExpress about her role in ALTBalaji’s web-series Galti Se Mis-Tech and said that her character is quite relatable. Anita Hassanandani was quoted as saying, “As an actor, I am always on the lookout for some interesting and exciting project. When I heard the script, I was completely floored. My character is very relatable and so is the storyline. Each one of us somewhere sometimes has faced a similar situation and that is the USP of this series. It’s come out really well and I am really proud and happy with the way people are reacting to it.”  (Also Read: Anushka Sharma Blew A Flying Kiss To Virat Kohli After He Won The Match. Check Video Inside!) 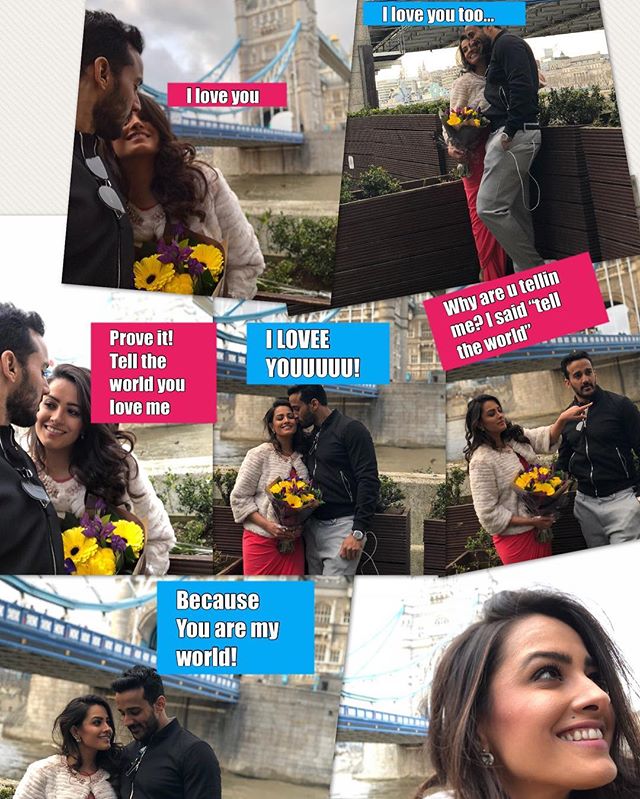 The evil-turned-angel Shagun in Yeh Hai Mohabbatein also believes that not letting herself get stereotyped has been her biggest achievement. Anita Hassanandani stated, “I am so thankful that I was never put in any bracket. To be not stereotyped is a really big achievement for an actor on television and I could manage to attain it. After YHM, I did get similar offers but I was adamant that I will not repeat myself and that has worked in my favour. Having been in the industry for so long, it’s a pleasure that I am still offered strong and different roles.” (Also Read: Karisma Kapoor's Ex-Husband, Sanjay Kapur Celebrates His 1st Anniversary With Current Wife, Priya) We wish Anita Hassanandani all the love and success in her work projects. All their fans are eagerly waiting for the moment when Anita will announce her ‘real’ pregnancy to her hubby, Rohit Reddy. When a woman gets to know about her pregnancy, she eagerly waits for nine months to see the face of her little one. From taking care of what she eats to her sleeping patterns, an expecting woman takes care of all the details for the life breathing inside her. Beginning