Yeh Hai Mohabbatein‘s Shagun, famously known as Anita Hassanandini who rose to fame with playing Anjali in the hit television series Kkavyanjali, turned 37 today! To enjoy her birthday, she is in Goa today and has planned to spend the full day there itself. (Also Read: Karisma Kapoor's Ex-Husband, Sanjay Kapur Celebrates His 1st Anniversary With Current Wife, Priya)

Her hubby, Rohit Reddy has given her the best birthday gift, any wife could dream of. And the gift is not just Rohit’s presence and his wishes, but it’s actually Anita’s in-laws! Yes, Anita took to her Instagram and shared a lovely pic with her father-in-law enjoying drinks with her bahu. Anita captioned the picture, “Perfect birthday bring in! Drink with my father-in-law #LuckMe. Best surprise ever my love @rohitreddygoa.” Take a look: 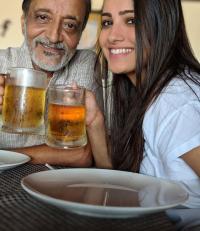 Now, as for hubby, Rohit Reddy, he took to his Instagram and shared a cute couple picture of the two wishing his wifey a very happy birthday. But the cuteness is overloaded in his caption which reads, “Today you are allowed to pull my hair out! Happy birthday babydoll @anitahassanandani.” This is the picture he posted: Anita has been uploading very interesting Instagram stories with her hubby and in-laws. Check them out here: 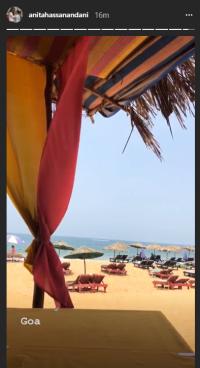 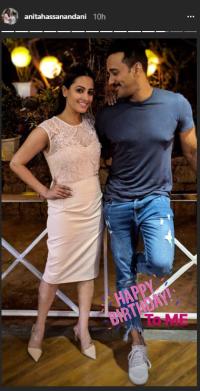 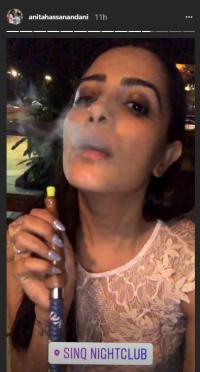 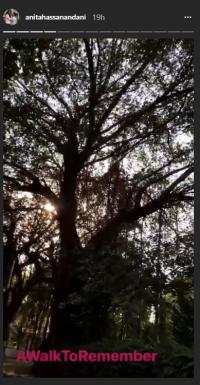 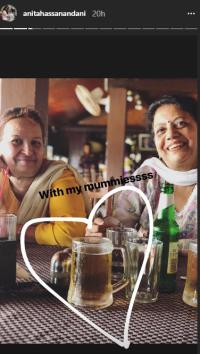 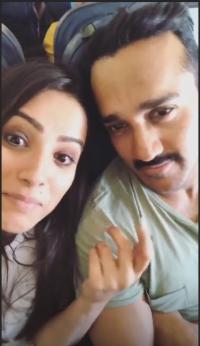 Wow! It seems like a perfect birthday celebration! For the uninitiated ones, Rohit Reddy and Anita Hassanandini’s love story is the craziest you will ever come to know of! The two used to go to the same gym and little did Rohit knew that Anita was a big TV actress (something Anita later refused to believe). The first encounter in the gym and it was followed by chats and messages! One thing led to another and the couple finally tied the nuptial knot on October 14, 2013. (You May Like: He Didn't Know She Was A Famous Actress When They First Met, She Still Refuses To Believe It) 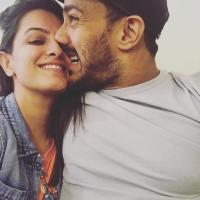 In an interview, Anita opened up about their marital bliss and relationship, “Well all relationships have their share of ups and down. During the downs too, we never miss saying ‘I love you’ to each other. If we fight, we say it over a message. It’s been 6 years since we met, of which 3 we’ve been married and we haven’t missed a day. More than enough to keep us going, isn’t it?” (Suggested Read: Throwback Interview: Neelam Kothari Was Heartbroken After Breaking Up With One Of The Deol Brothers)

Commenting on the same, Rohit once said, “There’s no one thing. We are best friends first, so everything we do, we enjoy to the fullest. But if I had to pick one, it would be lazing with him in bed and watching TV.” 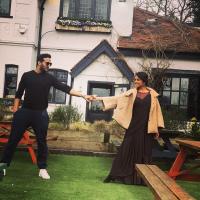 On the professional front, Anita has signed a web-series called Galti Se Mis-Tech with ALT Balaji, making her digital debut. Talking about the same to the Indian Express, Anita revealed, “As an actor, I am always on the lookout for some interesting and exciting project. When I heard the script, I was completely floored. My character is very relatable and so is the storyline. Each one of us somewhere sometimes has faced a similar situation and that is the USP of this series. It’s come out really well and I am really proud and happy with the way people are reacting to it.”

We wish Anita Hassanandini a very happy birthday! We hope that Anita and Rohit keep on giving us marriage and relationship goals!