Until May 2018, we would hear of Neha Dhupia and Angad Bedi sporadically. But now, this stunning duo is ruling the internet and media houses like how! Owing to their hush-hush Gurudwara wedding on May 10, 2018, after the world learnt that Neha and Angad have tied the nuptial knot, not a single day goes by when these two do not appear on the headlines now. (Also Read: Kapil Sharma To Tie The Knot With Longtime Girlfriend Ginny Chatrath In 2018? Details Inside)

And their secret wedding wasn’t enough to blow the fans when they dropped another bomb that Neha Dhupia is pregnant! Yes, on August 24, 2018, Neha, who is currently in her third trimester, shared the following pics flaunting her baby bump and wrote, “Here’s to new beginnings #3ofUs #satnamwaheguru”, while her hubby, Angad adorably captioned, “Ha! Turns out this rumor is true. #3ofus #satnamwaheguru”. 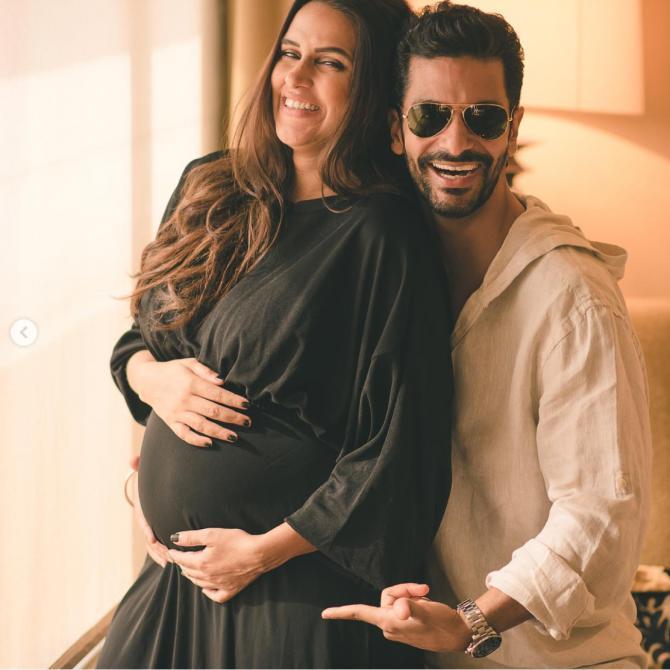 And now, in another video which has surfaced online, we can see the parents-to-be twinning in black while taking an exit from a restaurant after their dinner date. The most adorable moment in the video is when hubby, Angad Bedi holds pregnant Neha Dhupia’s hands and safely escorts her out of the exit door. Take a look at the aww-dorable moment in the following video:

Recently, on September 30, 2018, it was Neha Dhupia’s baby shower organised by Angad Bedi. The couple couldn’t take their eyes off each other, and Neha looked like a princess in her white dress and a flower tiara. A few days before the baby shower, a media report had declared that Angad is planning a surprise baby shower party and had a source quoted as saying, “Angad Bedi will be throwing a grand baby shower for his wife Neha Dhupia this weekend in Mumbai. In order to make the occasion special, he has flown down her parents and has also invited all her friends from the Fashion and Film industry. Not only this Angad, to make it even more remarkable, but he has also handpicked menu of everything she likes”. (Read More: Inside Pictures From Neha Dhupia's Baby Shower, Cuts An 'Oh Baby' Cake With Hubby Angad Bedi) After the announcement of their secret marriage, people started guessing that Neha has been actually pregnant before her marriage. A report had worded the news as a source close to the couple saying, “Neha is pregnant and the news will come out in a while. The reason why they got married so quickly was because of this”. 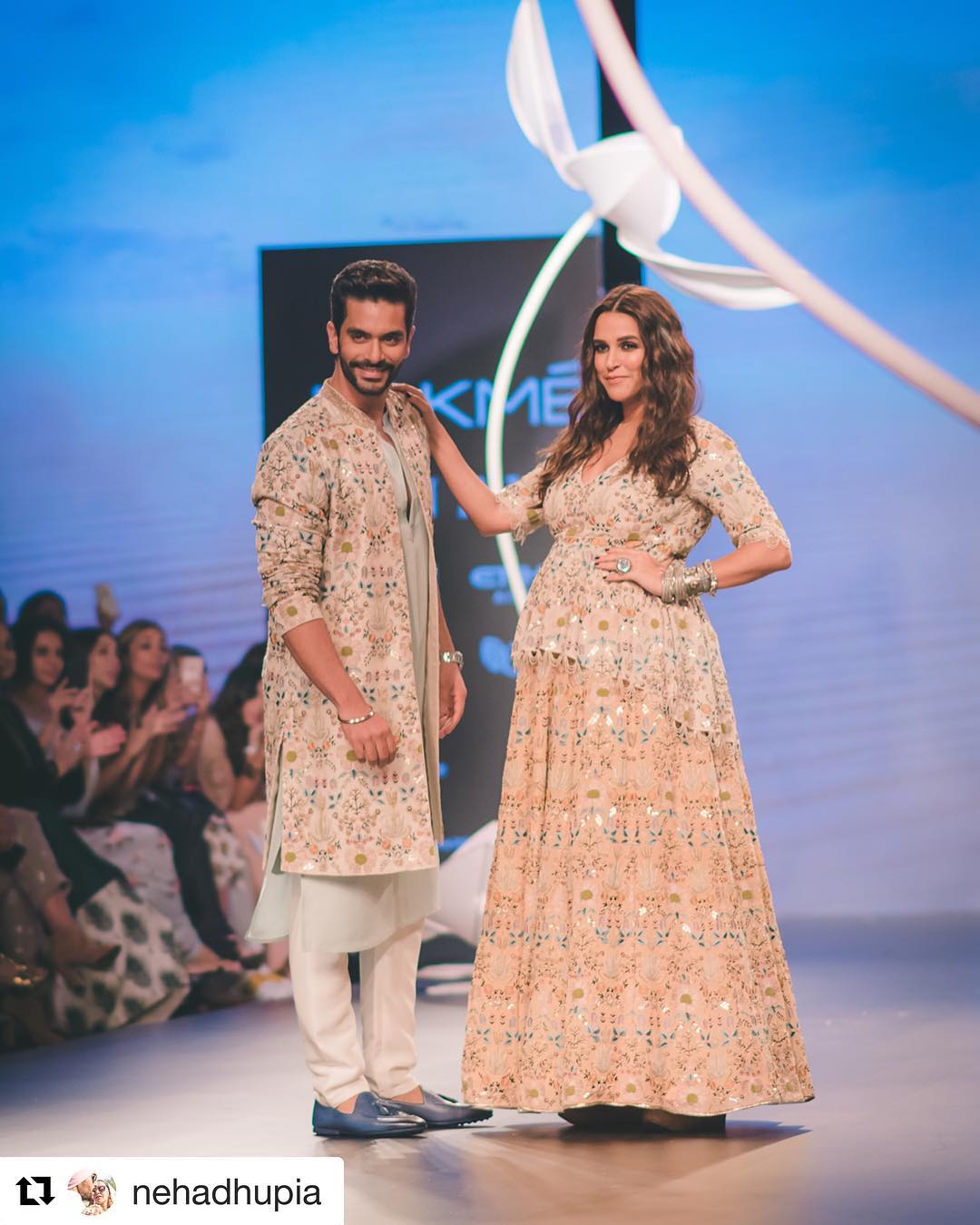 But as they, the truth is never latent. After Neha and Angad announced that soon they would become ‘three’, Neha was asked about her pregnancy and professional commitments. In a media interaction, she said, “A lot of people think that when you are in a situation, especially the one I’m in, there are lots of people who work and caution around you and it is wonderful to see that love and care. I represent a certain section of women who believe in working”. 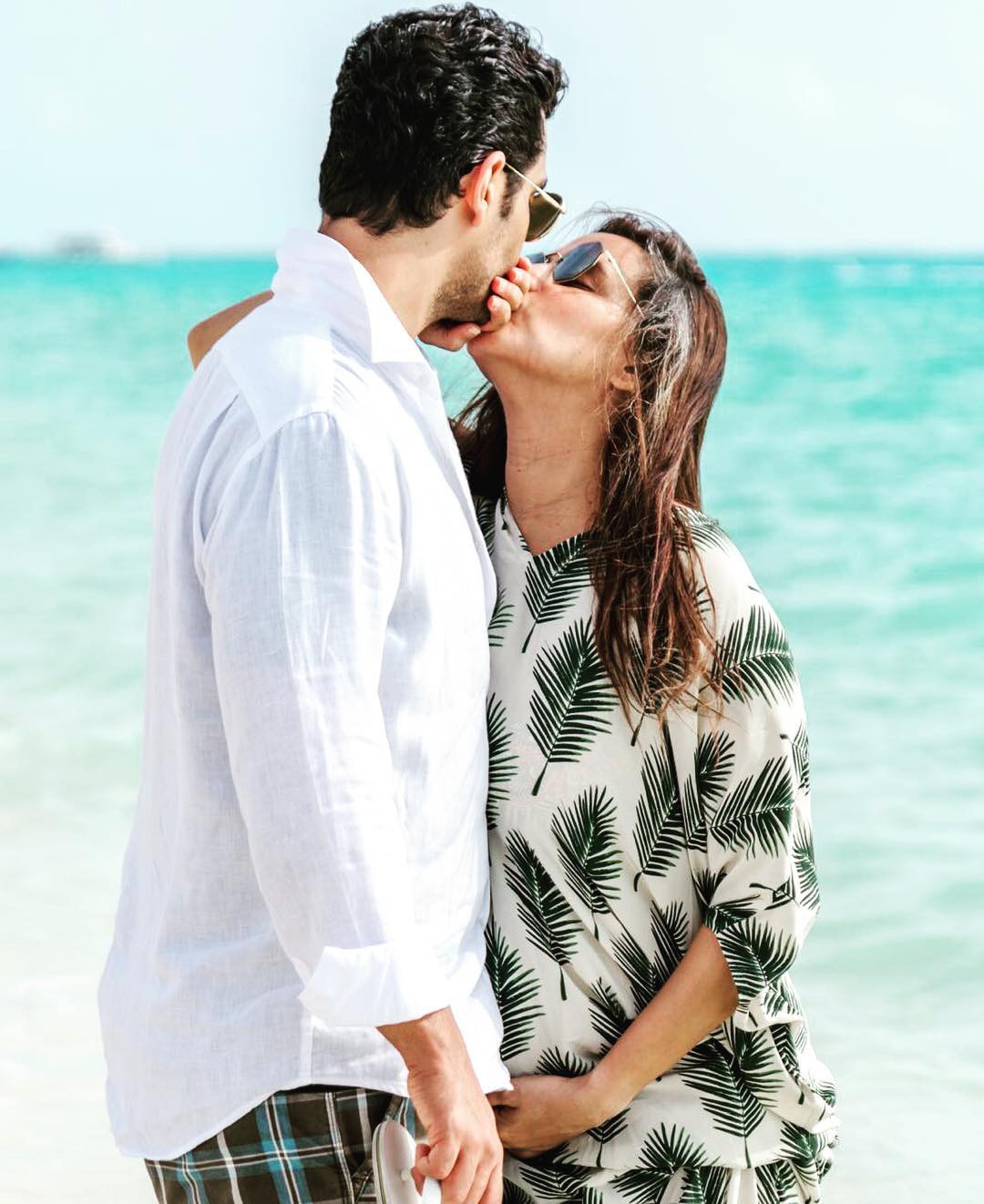 After their Sikh wedding, on May 10, 2018, Neha and Angad had released a joint statement which stated, “Marrying your best friend is one of the greatest feelings in the world, and we are extremely fortunate to have found love in each other. It has been a beautiful journey knowing each other and after formalizing the wedding earlier this year, today, we exchanged our vows in a beautifully simple, private and intimate Anand Karaj ceremony in Delhi. We look forward to celebrating and sharing this special moment with our friends and colleagues in Mumbai in the next couple of weeks. Thank you for showering us with so much love. Your blessings have truly made this day so much more special”. (Don't Miss: Anshula Kapoor Showers Love On Janhvi Kapoor With A Cute Selfie, Calls Her 'The Glitter To Her Glue')

Well, we are so in love with this amazing couple. Guys, how did you like Angad Bedi’s gesture of holding Neha’s hands? Do let us know in the comments section below. 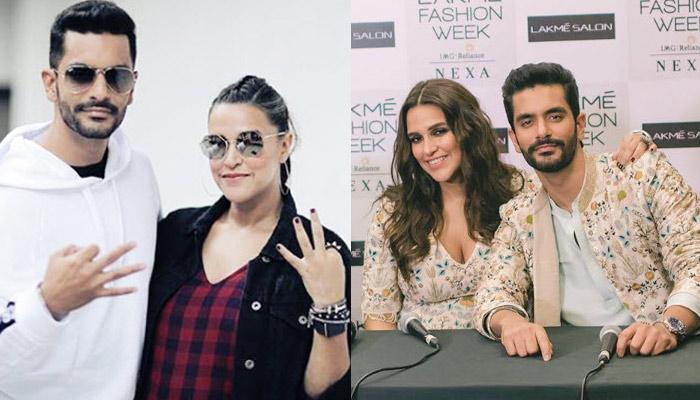 Bollywood diva, Neha Dhupia and her hubby, Angad Bedi surprised everyone when they shared their wedding news only after tying the knot. It was a surprise not only for all their fans but also for many of their industry friends. Neha and Angad walked down the aisle on May 10,