With every milestone in life, you have to face a dropdown. Such is the life of one of the most loved comedians, Kapil Sharma. Hailing from a middle class family, Kapil saw immense success in his career with his show, Comedy Nights With Kapil, but soon his fame was cut-short, owing to serious health impairments and a series of controversies. (Do Read: Deepika Padukone And Ranveer Singh To Announce Their Wedding On This Auspicious Date?)

In the last few months, Kapil was seen grabbing the headlines, more for issues owing to his personal life, than his work. A series of allegations made against Kapil by his alleged ex-girlfriend and producer of his show, Preeti Simoes, dragged Kapil into a number of unwanted controversies. But hey, let’s talk about nice things first as it looks like the dark phase is finally over for Kapil. You will be happy to hear that the superstar entertainer’s love and work life is finally getting back on track. You will also get to see your favourite entertainer be back on his show, The Kapil Sharma Show during Diwali and the second news is related to his marriage! Yes, read on. Rumours have been doing the rounds on internet and Kapil himself had shared many a times about his marriage plans with his longtime girlfriend, Ginny Chatrath. And as per a latest report, the couple is all set to enter the bond of holy matrimony in December 2018! Yes, you read that just right! Also, Kapil will get married in his hometown, Amritsar, which will be followed by a Mumbai reception for industry friends. The report also states that Kapil will have a four-day wedding celebration.

Isn’t it amazing? Kapil, who is famous for his flamboyant attitude in his show, surprised everyone when he took to Instagram and posted a beautiful picture with his girlfriend, Ginny and posted a heartfelt caption to go with the post. Denoting that she completes him, Kapil wrote, “Will not say she is my better half, she completes me. Love u Ginni. Please welcome her. I love her so much.” Here’s the picture: (Also Read: Parineeti Chopra Reveals Why She Thinks Nick Jonas Is 'The One' For Cousin Sister Priyanka Chopra) Earlier, Kapil had announced that he will be a married man by January 2018. Making an official announcement, the Firangi star had stated, “The wedding should hopefully happen in January 2018. I know I've been flirting a lot with Deepika Padukone and other actresses on my show, but I guess now it's time for me to settle down. And I am happy that I have found whatever I wanted, in Ginni."

Going back to 2017, a DNA report stated that the much-in-love couple was facing a lot of trouble in their marriage plans due to Kapil’s alcoholism. A source shared with the publication, “There is a lot of pressure from the two families. Ginni’s parents are keen that the couple makes their relationship official. Kapil’s mother also wants him to marry Ginni, whom she has grown fond of. Ginni had promised to consider marriage only after Kapil cleaned up his act. Now, that the stand-up comedian is completely off alcohol and in a much more relaxed frame of mind, he too seems to be in the mood to take the plunge.” 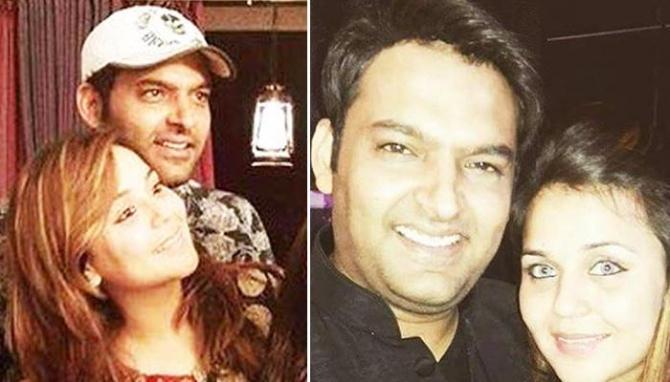 Breakup rumours also didn’t fail to intrude in the life of the couple. Refuting it, Dinesh, Kapil’s close friend and a member of the band from The Kapil Sharma Show, stated, “Aisa kuch nahi hai. Kapil and Ginni are very much together and in a steady relationship. I have known Kapil since our college days and if something like this happened in his personal life, he’s my brother and he surely would have confided in me or informed me. It’s just that around his film, people are spreading false news and rumours about him. It’s nothing like what has been reported.” (Don't Miss! Anshula Kapoor Showers Love On Janhvi Kapoor With A Cute Selfie, Calls Her 'The Glitter To Her Glue')

Wow! Isn’t it amazing? Looks like it will be raining hitches in December this year! How excited are you? Let us know in the comments section below.