Yesterday, i.e. August 25, 2018, we all were sweetly surprised and yet shocked when Neha Dhupia’s pregnancy was announced. The speculations had been rife that Neha is pregnant owing to her hush-hush wedding to Angad Bedi on May 10, 2018, in Delhi. But the couple had denied such conjectures until yesterday. (Also Read: Neha Dhupia Is Pregnant, Hubby Angad Bedi Confirms The News With An Adorable Post)

Last night, both Neha and Angad announced the latter’s pregnancy and that they are going to be parents soon. Neha took to her Instagram handle and shared, “Here’s to new beginnings #3ofUs #satnamwaheguru”, and Angad, on the other hand, wrote, “Ha! Turns out this rumor is true. #satnamwaheguru”. These are the pics that both of them shared in which we can see Neha Dhupia flaunting her baby bump: 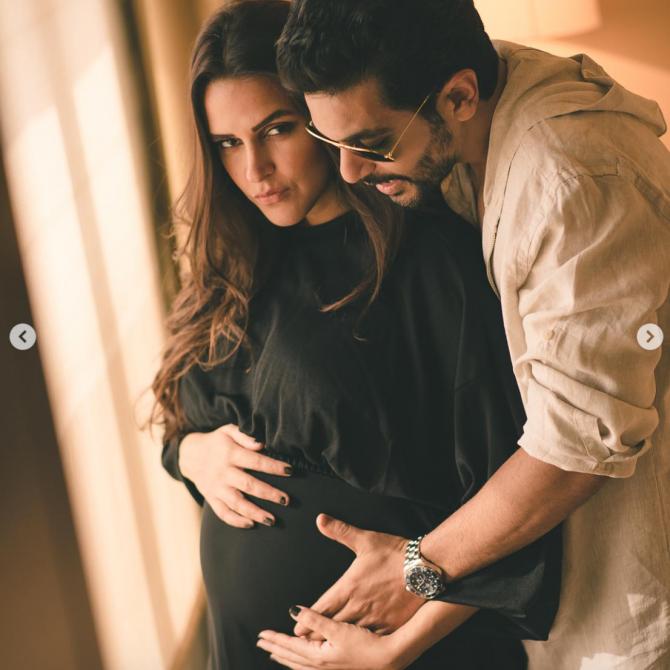 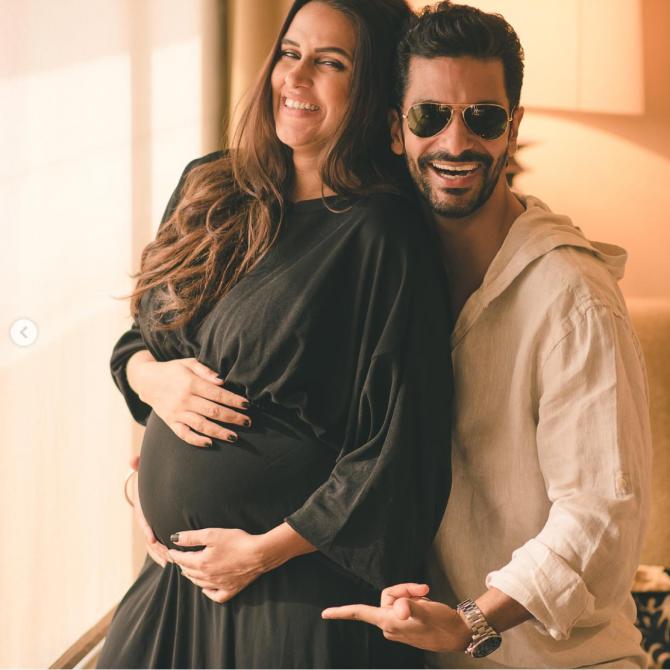 However, Neha’s father had dismissed such speculations in a media interaction and was quoted as saying, “No no... there is no such thing at all. Since the two got married early, people are thinking otherwise. But there is no such thing. People will keep talking about things and spread rumours as per their wish”. (Suggested Read: Newly-Weds Neha Dhupia And Angad Bedi Say Their Hearts Are Bursting With Happiness) After Neha and Angad had gotten married in a Gurudwara wedding, the couple had released a joint statement to share the happy news. The statement could be read as, “Marrying your best friend is one of the greatest feelings in the world, and we are extremely fortunate to have found love in each other. It has been a beautiful journey knowing each other and after formalizing the wedding earlier this year, today, we exchanged our vows in a beautifully simple, private and intimate Anand Karaj ceremony in Delhi. We look forward to celebrating and sharing this special moment with our friends and colleagues in Mumbai in the next couple of weeks. Thank you for showering us with so much love. Your blessings have truly made this day so much more special”. 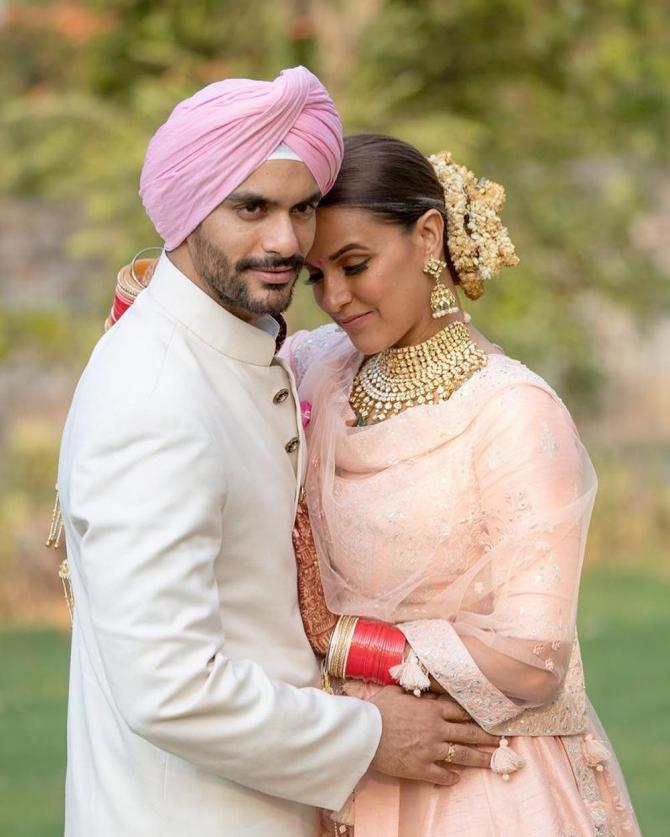 Coming back to Neha Dhupia’s pregnancy, when Angad was asked in an interview with Zoom about the same, the 35-year-old actor had responded, “If someone wants to say something, I am not here to comment on anybody's statement. Everybody has a right to their opinion, I feel whenever we want to make anything public, we will as a couple- whether it's our personal front or professional work- whatever we want to share, we will willingly come forward and do that”. The Soorma actor had further added, “We shared our wedding pictures but if we want to keep it private then that's how it will be done. It's not that we hid anything from anybody, we tweeted ourselves. There are certain calls that we should make as a couple and there are certain things as a family we want to keep private, we will keep private”. (Read More: Angad Bedi On Neha Dhupia's Pregnancy: Whenever We Want To Make Anything Public, We Will As A Couple) 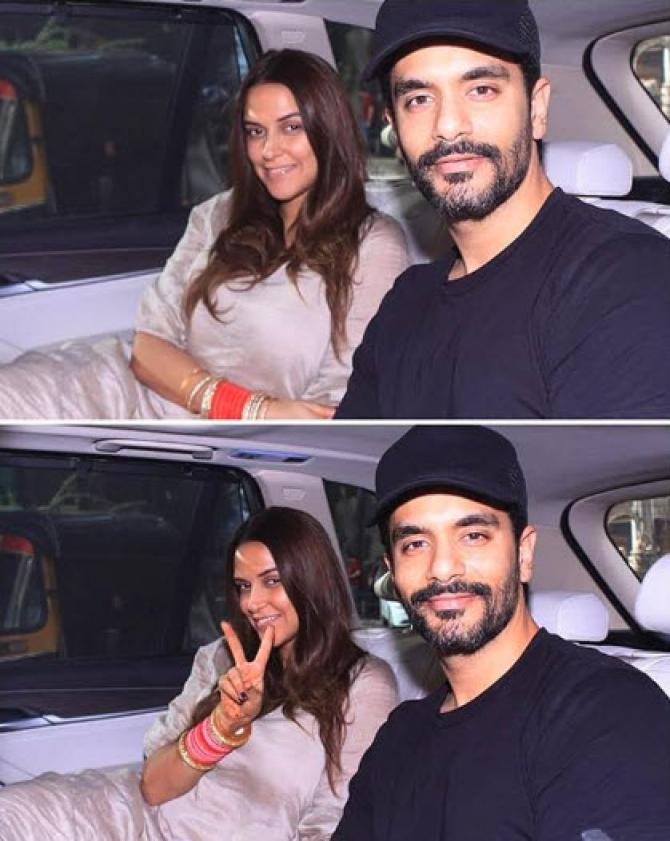 Angad and Neha have been trolled on social media quite a lot owing to their age gap of 2 years. Commenting on the same, Angad had retorted, “There's only a 2 year age gap and it doesn't really matter. I feel that age is not a criterion. What is important is that there has to be immense love and respect for the partner and vice versa. If you get along, you get along. I don't know who made this age rule that somebody has to be older and the other person has to be younger. I feel if you think it's right, you should just do it”. 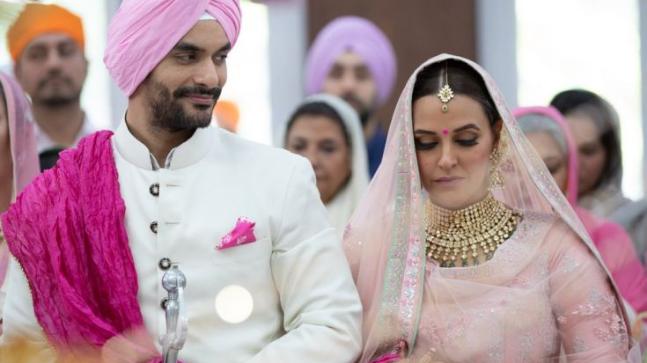 Well, we couldn’t be happier to learn that Neha is actually pregnant. Many congratulations to the couple. Guys, do let us know in the comments section below as to how you feel after seeing Neha Dhupia flaunting her baby bump at the airport after announcing her pregnancy? 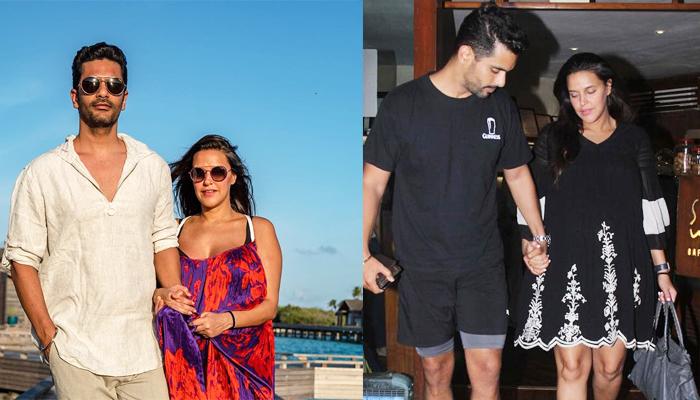