Neha Dhupia and Angad Bedi are expecting their first child in November 2018. Neha and Angad got married in a secret Gurudwara wedding in Delhi on May 10, 2018, and gave their fans the sweet surprise. Almost two months later, on August 24, 2018, the couple shared on social media that they would soon become three. (Also Read: Yuvika Chaudhary And Prince Narula's First Look From Their Sangeet Ceremony, Pictures Inside)

Now, in an exclusive interview with Zoom TV, Neha Dhupia, who is in her third trimester, opened up about her pregnancy and future plans. When Neha was asked if Angad and she have zeroed down on a name for their first baby, the Lust Stories actress said, “We have yet not decided what will be naming our baby. We don't know and even the gifts we are receiving has 'baby' written on them, so ya, we haven't thought about it yet”. 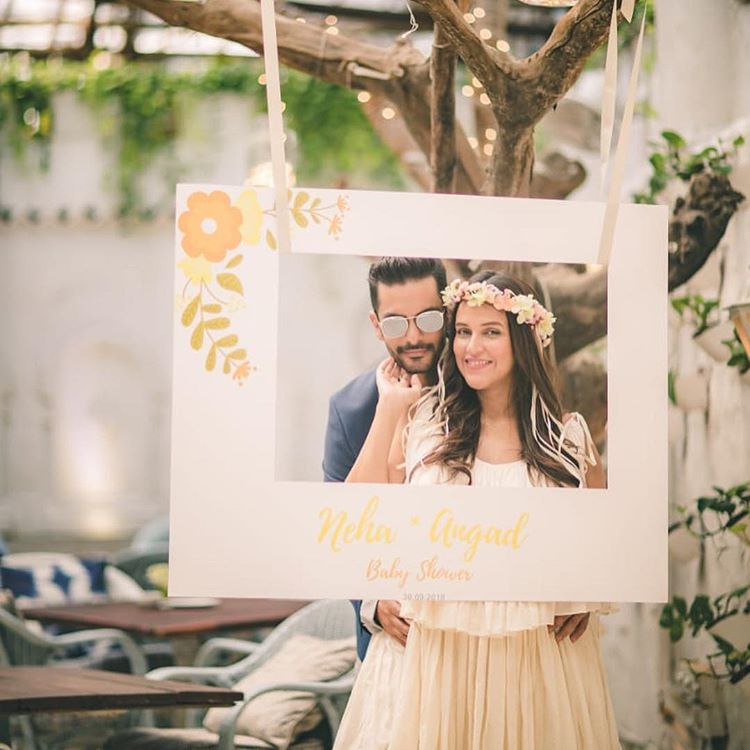 Neha also revealed that she is not thinking too much about motherhood and is going to take it as it comes, “For now I am only thinking about diaper changing and feeding the child”. Talking about another important issue, of breastfeeding, the 38-year-old actress was quoted as saying, “I will do what is healthy for the baby and mother”. 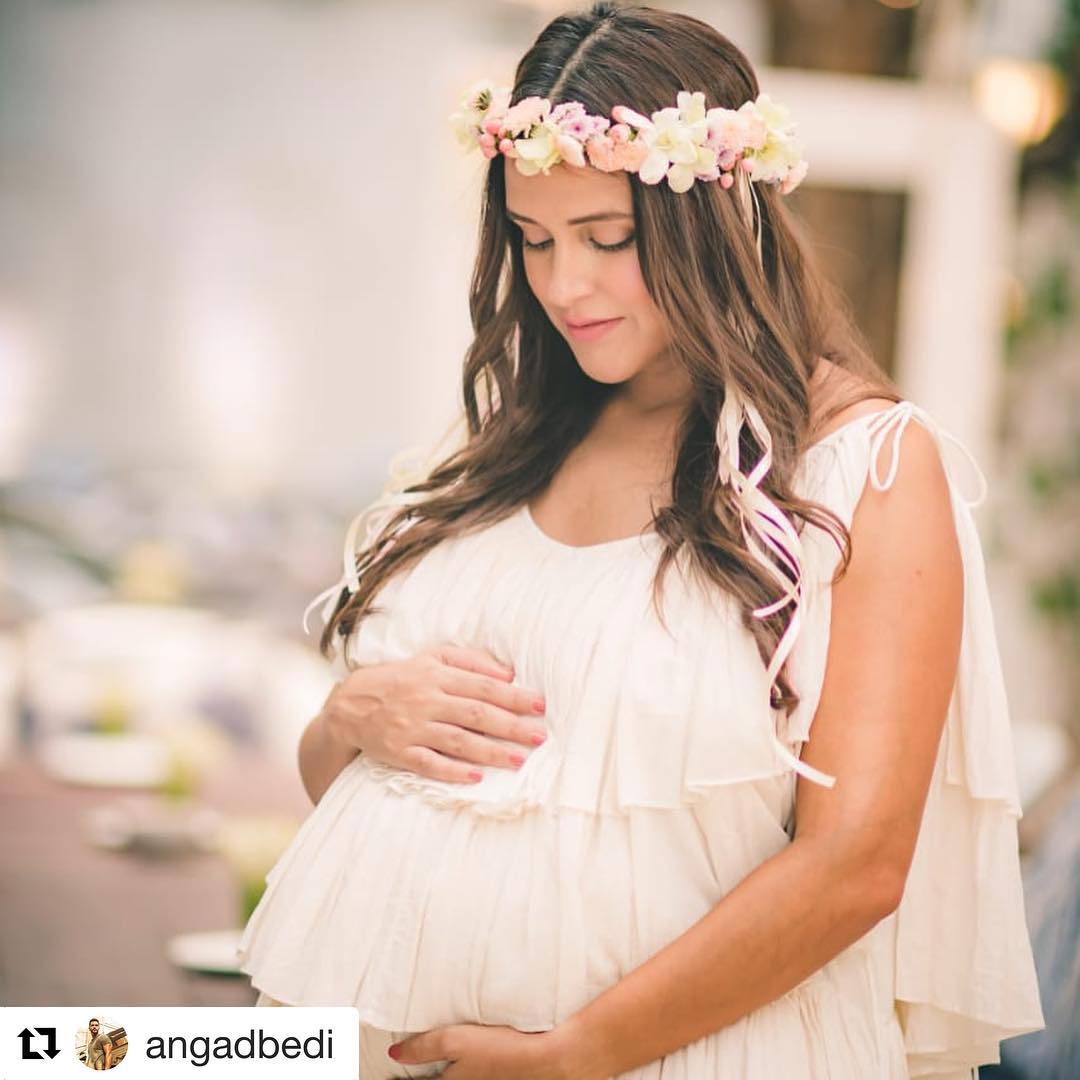 Neha is super busy these days as she is totally engrossed in the promotions of her upcoming film Helicopter Ela, handling her talk-show No Filter with Neha, ad commercials and many other professional commitments. On the same, Neha revealed that doctor has asked her to do everything that is normal and regular, She said, “There are days when I am tired but I have an amazing team who take care of things for me and make it all simple. There are very few days when I have not worked or stayed in bed. In fact, Angad and others think there's something wrong when I am not working". In a recent Instagram post, Neha shared the following picture and captioned it beautifully by writing that she and her hubby, Angad are also growing with their baby with each day. Her caption could be read as, “Ever since @angadbedi and I have started this journey of parenthood, every day has been a discovery for us. We realise we too are growing up with our child each passing day. And more importantly how we are becoming more and more responsible and caring in every small way. Our lives revolve around our unborn child and it is such a beautiful feeling. As expecting parents we want to be prepared to give the best of everything to our child”. Recently, on September 30, 2018, it was Neha Dhupia’s baby shower. She looked extremely gorgeous in her white dress and flower tiara, and Angad looked dapper in his blue suit. Neha’s baby shower was organised by Angad himself and a source had earlier revealed to a media portal, “Angad Bedi will be throwing a grand baby shower for his wife Neha Dhupia this weekend in Mumbai. In order to make the occasion special, he has flown down her parents and has also invited all her friends from the Fashion and Film industry. Not only this Angad, to make it even more remarkable, but he has also handpicked menu of everything she likes”. (You May Like: Farah Khan's Son, Czar Takes Care Of His Naani, Farah Says 'Never Have Children, Only Grandchildren') 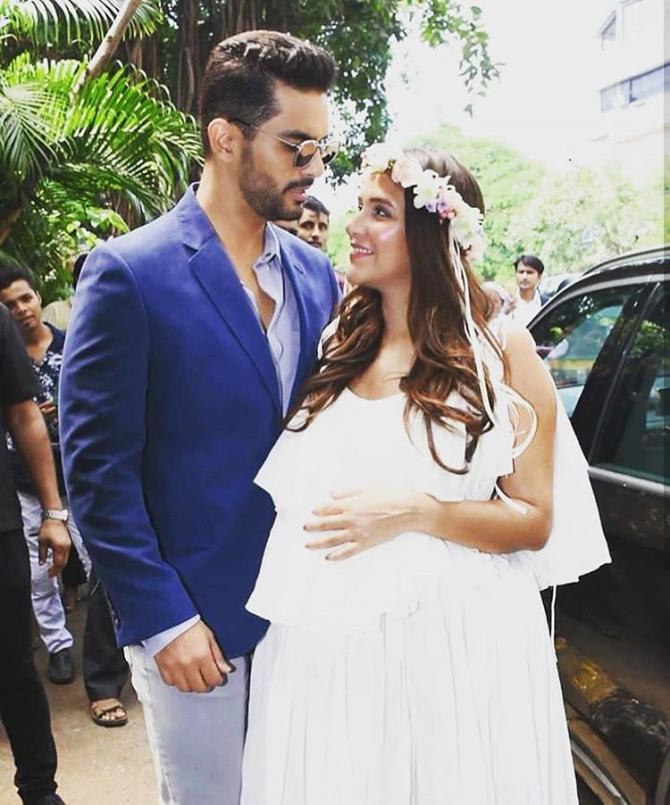 After Neha and Angad’s May wedding, the couple had released a joint statement acknowledging their new phase of life, which could be read as, “Marrying your best friend is one of the greatest feelings in the world, and we are extremely fortunate to have found love in each other. It has been a beautiful journey knowing each other and after formalizing the wedding earlier this year, today, we exchanged our vows in a beautifully simple, private and intimate Anand Karaj ceremony in Delhi. We look forward to celebrating and sharing this special moment with our friends and colleagues in Mumbai in the next couple of weeks. Thank you for showering us with so much love. Your blessings have truly made this day so much more special”. 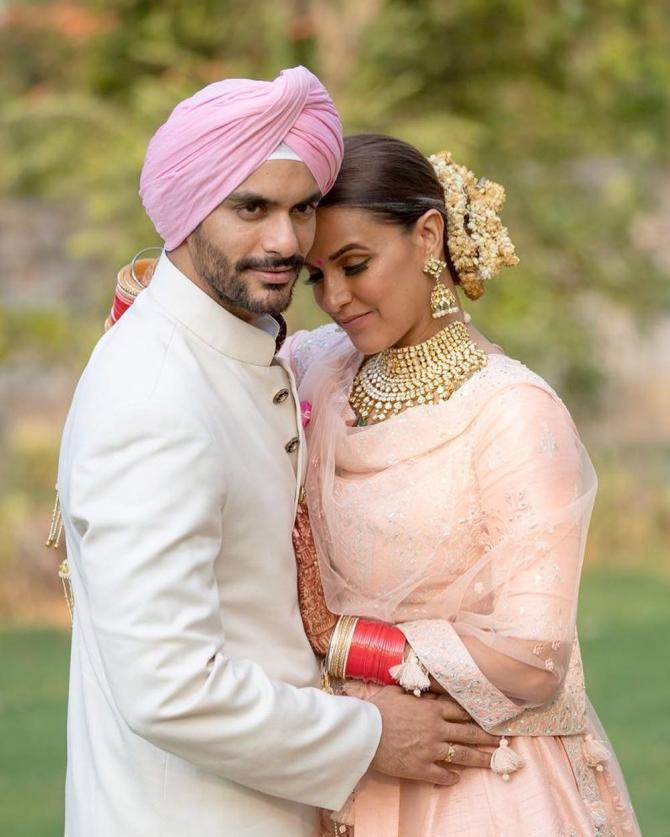 People started conjecturing that the real reason behind Neha’s sudden and hush-hush wedding is that she is pregnant. Initially, such reports were rubbished and Angad himself came out in the open and was quoted as saying, “If someone wants to say something, I am not here to comment on anybody's statement. Everybody has a right to their opinion, I feel whenever we want to make anything public, we will as a couple- whether it's our personal front or professional work- whatever we want to share, we will willingly come forward and do that”. 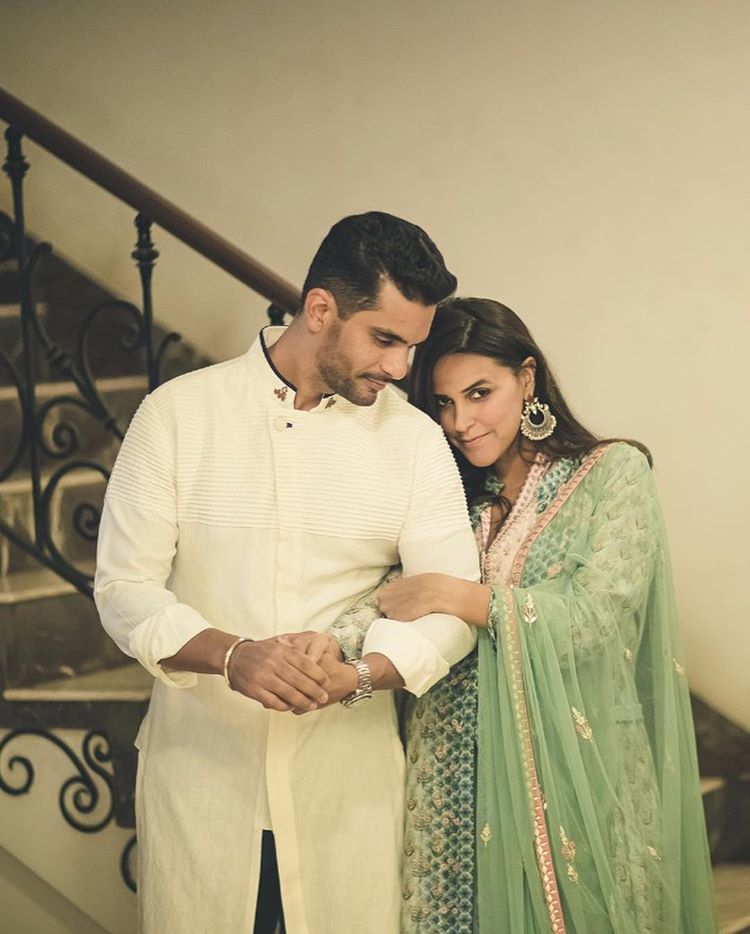 And then, on August 24, 2018, the two proved that the pregnancy reports were not fake, and gave us another surprise by confirming Neha’s pregnancy. They shared the following pics and captioned these as, “Here’s to new beginnings #3ofUs #satnamwaheguru" and “Ha! Turns out this rumour is true. #3ofus #satnamwaheguru”. (Don't Miss: Amitabh Bachchan's Birthday: 'Bahu' Aishwarya Shares Unseen Picture And Wish On Behalf Of Aaradhya) Well, we couldn’t be happier now that Neha is pregnant as it means another celeb baby is on its way to sway us in its cuteness.