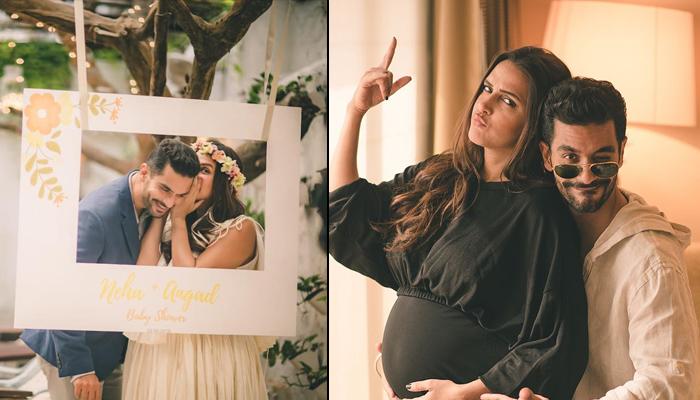 While the nation was dealing with the hangover of pictures and videos of Sonam Kapoor Ahuja and Anand S Ahuja’s high-profile wedding in May, Neha Dhupia and Angad Bedi’s hush-hush wedding announcement came as nothing short of a surprise to everyone. Neha and Angad took their wedding vows as per the Sikh rituals in a Gurudwara in Delhi, which was followed by Anand Karaj ceremony. But soon speculations floated on the internet as to why the couple made a hastened decision to get married. (Also Read: Mom-To-Be Neha Dhupia Shares The Real Reason Why She Hid Her Pregnancy All This While)

Neha and Angad’s decision to get married in a hush-hush wedding triggered the conjectures of Neha’s pregnancy. As per a report, a source was then quoted as saying, “Neha is pregnant, and the news will come out in a while. The reason why they got married so quickly was because of this.” It was also said that Neha has been wearing loose clothes to hide her baby bump.

This information was only speculated all this while, the cat is now out of the bag as Angad Bedi has finally admitted to it on the third season of Neha Dhupia’s podcast show, No Filter Neha. In a promo video shared by Neha on her Instagram handle, she asked Angad, if it was difficult for him to convince both their parents for marriage, to which he retorted, “I don’t think that they were really prepared for the fact to hear the news that you were expecting.”

The Tiger Zinda Hai actor revealed what he told his parents and their reaction. Angad went on to say, “I said, “You know what? We are going to have a baby!” Bohot jhaad padi.” Angad also revealed the number of women he has been in a relationship with till now, and shared, “No, I’ve not been with so many women. I think I might say about 75.”

Angad further shared that the things started off slow for him because of his disciplined childhood which left a very little scope for him to have a girlfriend. Angad stated, “I was a very shy boy and I’m still very shy. But slowly when I moved the base from Delhi to Mumbai, things changed. I made new friends and I realised that I enjoy going out a lot, I was on a self-discovery mode.” (Also Read: Shilpa Shetty Kundra Congratulates Preggy Neha Dhupia, Poses With Her Baby Bump At An Event)

Speaking about his relationship with elder women, Angad continued, "But I think when I was 19 or 20, yea that was the time. In one situation there was a 10-year difference. The next was 3.5 years. I would say, technically, my first relationship was then." Neha shared two promo video of their candid chat and wrote on one, “He got me. I got him but more important I got him on #NoFilterNeha. Listen to @angadbedi chat about everything from being a playa to becoming a dad (yes, he already feels like one) and more.” And on another post, she wrote, “Exes, current (and permanent) and future. @angadbedi gets.”

When Neha and Angad were speculated to have married because they were expecting their first child, Neha’s father, Pradip Dhupia refuted such reports and stated to Dainik Bhaskar, "No no. There is no such thing at all. Since the two got married early, people are thinking otherwise. But there is no such thing. People will keep talking about things and spread rumours as per their wish."

Even Angad addressed his wife’s pregnancy conjectures and was quoted as saying, “If someone wants to say something, I am not here to comment on anybody's statement. Everybody has a right to their opinion, I feel whenever we want to make anything public, we will as a couple- whether it's our personal front or professional work- whatever we want to share, we will willingly come forward and do that. We shared our wedding pictures but if we want to keep it private then that's how it will be done. It's not that we hid anything from anybody, we tweeted ourselves. There are certain calls that we should make as a couple and there are certain things as a family we want to keep private, we will keep private.”

After announcing that they are expecting their first child, Neha revealed why she kept her pregnancy news under the wraps all this while. Neha stated, “I was worried people would stop offering work. It was a good thing my bump wasn’t showing till the sixth month because appearances matter here, and one might be assumed to be unfit for a job. Fortunately, my energy levels are high.” (Also Read: Neha Dhupia On Her First Baby's Name, Says Gifts She Is Receiving Have 'Baby' Written On Them) 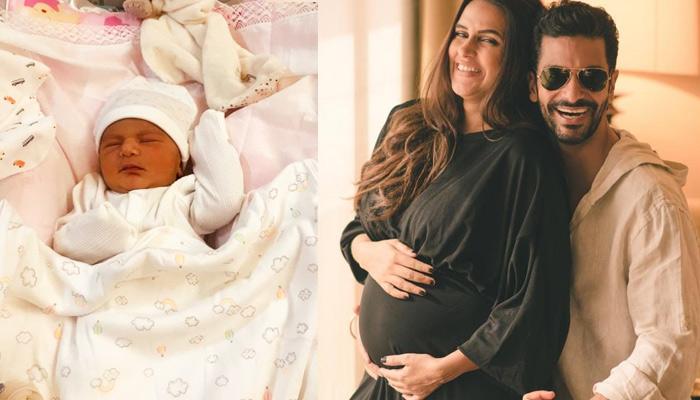 In the middle of Bollywood actress, Sonam Kapoor and Anand Ahuja’s wedding, all the Bollywood buffs got a surprise wedding news of Neha Dhupia and Angad Bedi. On May 10, 2018, Neha and Angad walked down the aisle in a Gurudwara wedding, as per Anand Karaj rituals. Until now, no one even