Bollywood diva, Neha Dhupia and her hubby, Angad Bedi surprised everyone when they shared their wedding news only after tying the knot. It was a surprise not only for all their fans but also for many of their industry friends. Neha and Angad walked down the aisle on May 10, 2018, and the two looked drop-dead stunning on their D-day. The couple had a very low-key Gurudwara wedding that was followed by a proper Anand Karaj ceremony. (You May Also Like: Angad Bedi On Neha Dhupia's Pregnancy: Whenever We Want To Make Anything Public, We Will As A Couple) Neha Dhupia's Birthday Wish For Husband Angad Bedi Is Sweet, But His Reply Is Even Sweeter

After surprising everyone with their wedding news, the lovebirds gave another surprise when they announced that they are expecting their first baby in November 2018. Sparks were already there that Neha’s pregnancy was the reason she got married in a hush-hush ceremony. Rubbishing the pregnancy rumours, Angad had earlier stated, “If someone wants to say something, I am not here to comment on anybody's statement. Everybody has a right to their opinion, I feel whenever we want to make anything public, we will as a couple- whether it's our personal front or professional work- whatever we want to share, we will willingly come forward and do that.” But eventually, the rumours and conjectures turned out to be true. 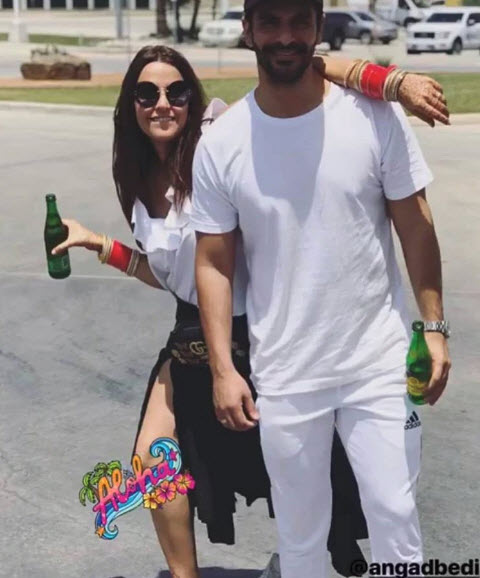 Recently, in an interview with Mid-Day, Neha shared the reason why she didn’t reveal her pregnancy all this while. She reasoned it that she was afraid that her career would suffer if she had revealed her pregnancy earlier. Neha remarked, “I was worried people would stop offering work. It was a good thing my bump wasn’t showing till the sixth month because appearances matter here, and one might be assumed to be unfit for a job. Fortunately, my energy levels are high.” (Also Check: Isha Ambani And Anand Piramal’s Engagement Countdown Begins, Brother Anant Ambani Shares Pictures) 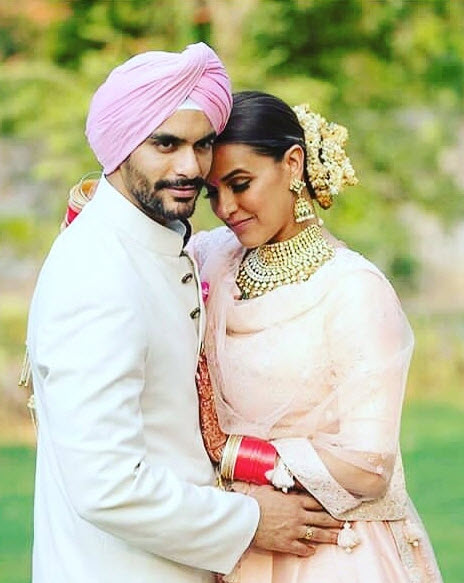 The mom-to-be further went on to stress on the fact that she does not intend on taking a maternity leave. She said, “It’s not that I am against women who decide to take those months off. It’s my choice.” 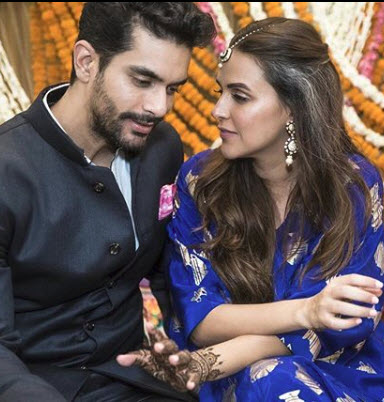 For the ones who don’t know, in an interview earlier with Hindustan Times, Angad had shared his happiness and how proud he is of Neha as a person. Angad was quoted as saying, “I feel very proud when I see her do so well. She has done some great work in cinema and made a name for her. She is an accomplished woman and I treasure it because she gives me a great perspective on life. She has kept her relationship with people intact. It’s easier said than done but to be a liked person by all is not easy. And Neha does it so effortlessly.” (Don't Miss: Kareena Kapoor's 38th Birthday Bash With 'You Are Our Rockstar' Cake, Pictures And Videos Inside) 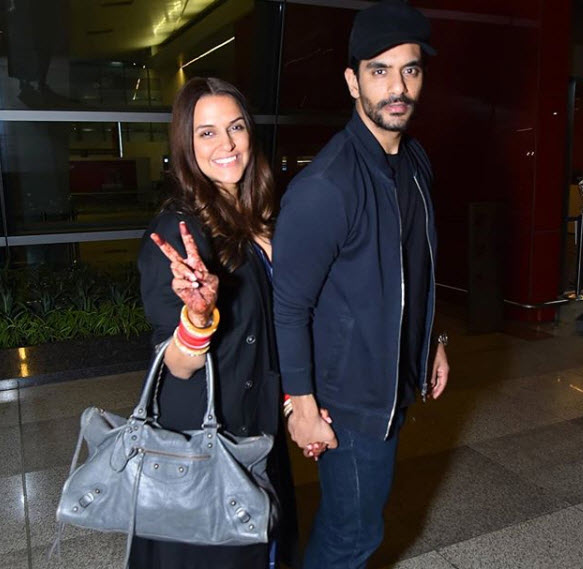 In an interview earlier, when Neha was asked about her views on flaunting baby bump, she said, “That is amazing. I read an article about a woman who was eight months pregnant and was shooting ‘Black Panther’ and one more. Gal Gadot came back for a patchwork of her films. So, I have also continuously been working and did not go public about my situation, and I was frowned upon on ‘Why is she wearing loose clothing or why is she putting on weight?'” (Also Read: Arjun Kapoor's World 'Ceased To Exist' After Sister Anshula Kapoor Was Admitted To The Hospital) 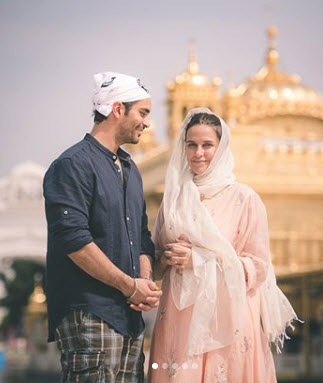 She further added, “For me, it doesn’t matter what other people think of you as long as you are healthy and being respectful to your personal and professional life and striking that balance. And you should. I know that no one can do it better than a woman.”

Neha Dhupia and Angad Bedi, you two are totally adorbs. Neha, we wish you an easy pregnancy!