Ananya Panday shares a good relationship with her alleged boyfriend, Ishaan's brother, Shahid Kapoor, and sister-in-law, Mira Rajput Kapoor. Check out as she shared pictures with them!

Bollywood actors, Ishaan Khatter and Ananya Panday's rumoured relationship has become the talk of the town for the longest time. The alleged couple had worked in the film, Khaali Peeli, which had, in turn, worked as a cupid for them, and their friendship turned into love. Even though they haven't confirmed anything about their relationship, many times, they are found hanging out together, walking hand-in-hand, or going on vacations, leaving the netizens awestruck with their mushy posts and adorable comments on each other's posts.

Not only that, but Ananya Panday also shares a beautiful bond with her rumoured boyfriend, Ishaan Khatter's family. On December 28, 2021, Ananya and Ishaan were spotted at Shahid's residence to attend Shahid's sports drama, Jersey's screening. In one photo, the actress, Ananya Panday, was seen sitting in the front seat, while Shahid Kapoor, and his brother, Ishaan Khatter, were seen sitting in the back seat. In another photo, Ishaan was seen helping his rumoured girlfriend, Ananya, by holding the car's door for her while she was seen getting out of it.

Recommended Read: Mira Rajput Wishes Hubby Shahid Kapoor On His Birthday, Shares A Picture Of Them Sunbathing Together 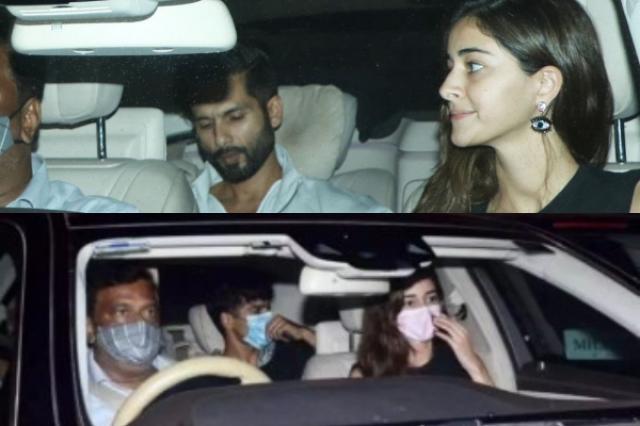 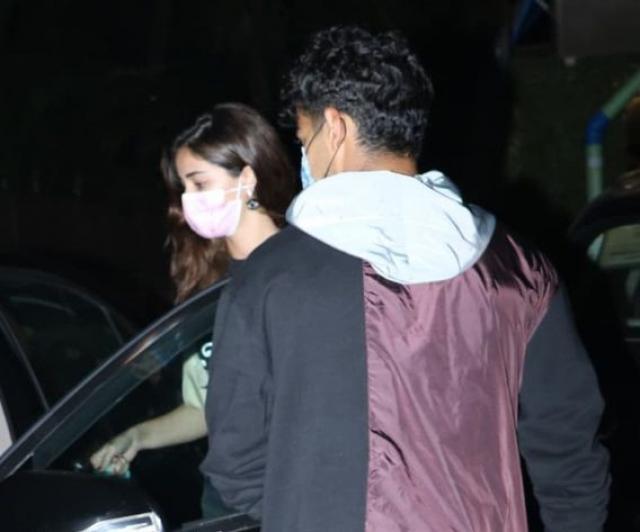 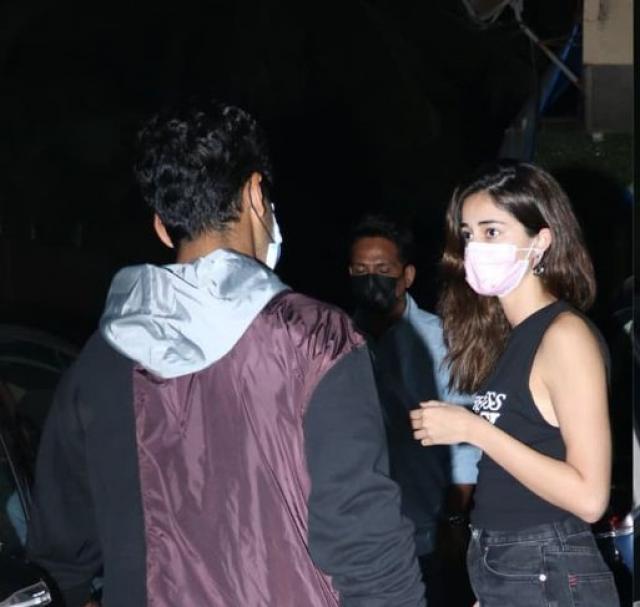 A few moments back, taking to her IG stories, Ananya Panday posted a stunning picture with Shahid Kapoor to wish him on his birthday. In the picture, Shahid looked dapper in a blue denim jacket with a white t-shirt underneath it. On the other hand, Ananya looked gorgeous as ever in a white floral-printed dress. Sharing the picture, atop it, she penned:

Ananya Panday also reshared a beautiful picture with alleged beau, Ishaan Khatter's bhabhi, Mira Rajput Kapoor on her IG stories. The picture showed the gorgeous ladies posing for a selfie together. Sharing the picture, atop it, Ananya penned:

On February 7, 2022, Ishaan Khatter and his rumoured girlfriend, Ananya Panday, were snapped by the shutterbugs while they were making their way towards their car, from Ishaan's brother, Shahid Kapoor's residence. Ishaan had looked dapper in a green shirt with yellow and white stripes and paired it with grey pants. On the other hand, Ananya had looked gorgeous in a yellow t-shirt paired with a white shrug and grey pants. A few weeks back, Ananya Panday had taken to her Instagram handle and had posted a picture of herself, wearing a big blue hat, chilling on a beach. In the picture, Ananya was seen wearing an orange and blue patterned top as she had posed for the camera. She had captioned the post as: 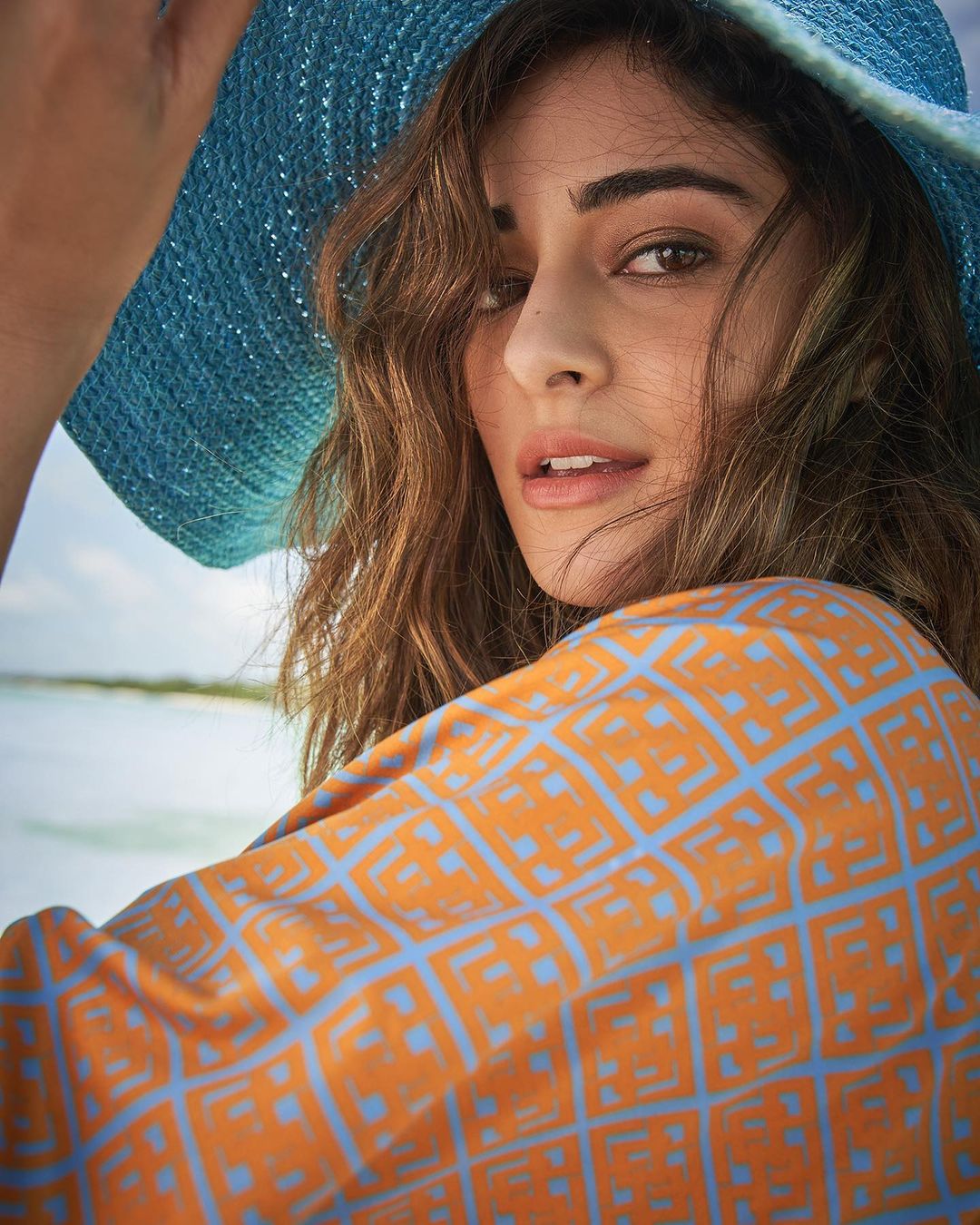 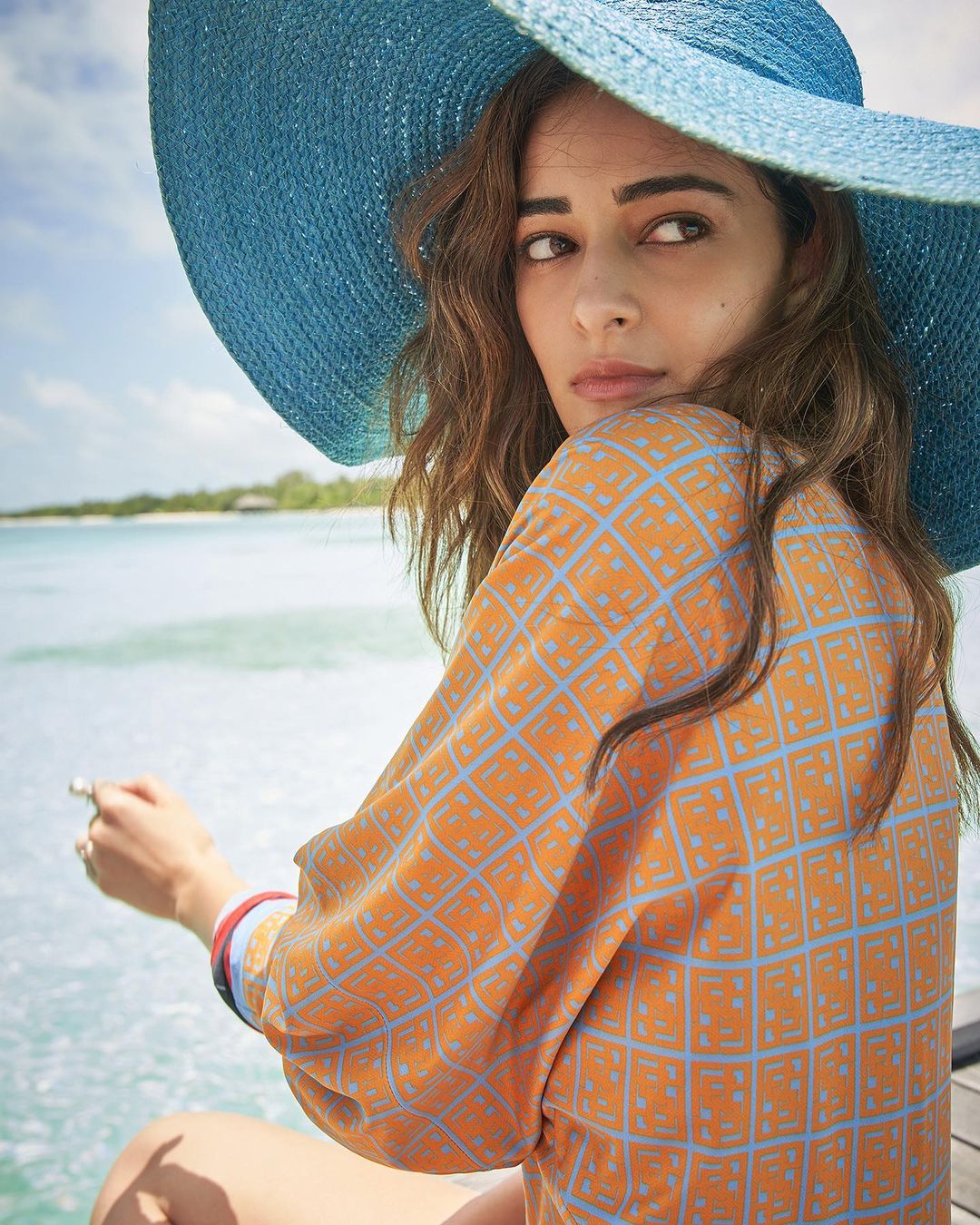 Soon after Ananya had posted the picture on her IG handle, Shahid Kapoor had teased her in the comment section and had mentioned, "Posers gonna pose”. Later, her fans had reacted to Shahid's comment and had started pointing out the rumoured relationship of Ananya Panday and Shahid's half-brother, Ishaan Khatter. One fan had replied to Shahid's comment and had written, “Sir apke ghar ki hone wali bahu hain ananya” while the other one had replied, “Bhai ki gF haina donon ko bolo career ke upar Dhyaan De”. 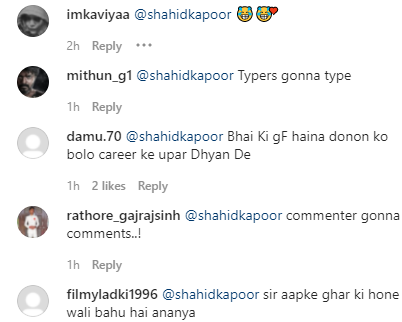 On the work front, Ananya Panday was last seen in the film, Gehraiyaan.