A daughter learns more from her father than her mother and this stands true for Ananya Panday. The gorgeous actress reveals all the life lessons she learnt from her 'daddy dearest', Chunky Panday!

When you are young, you think your daddy is a superhero on a mission to save the world, and when you grow up, you realise that he is just another man with an invisible cape which comes out only for you. After all, it is not easy being a little girl's hero, chauffeur, financial support, listener, life mentor, friend, guardian and whatnot. Ahh, that's the bond a daughter shares with her father, who listens to her every demand and makes her believe in the power she holds within. And Bollywood actress, Ananya Panday shares an exactly similar relationship with her 'daddy dearest' and actor, Chunky Panday. (Recommend Read: Karan Patel Expresses The 'Surreal' Feeling Of Becoming A Father, Wants To Be The 'Best Dad' To Mehr)

A father holds a special influence in the life of his daughter as he shapes her dreams, her aspirations and her self-esteem. He teaches her to be tough and this stands perfectly true in the relationship of Bollywood actor, Chunky Panday (who has witnessed a grand success and a bumpy ride in his career) and his daughter Ananya Panday. The actress' relationship with her dad, Chunky is full of love, laughter and fun. While her mother sets the rule, it is her father, who bends it for her. 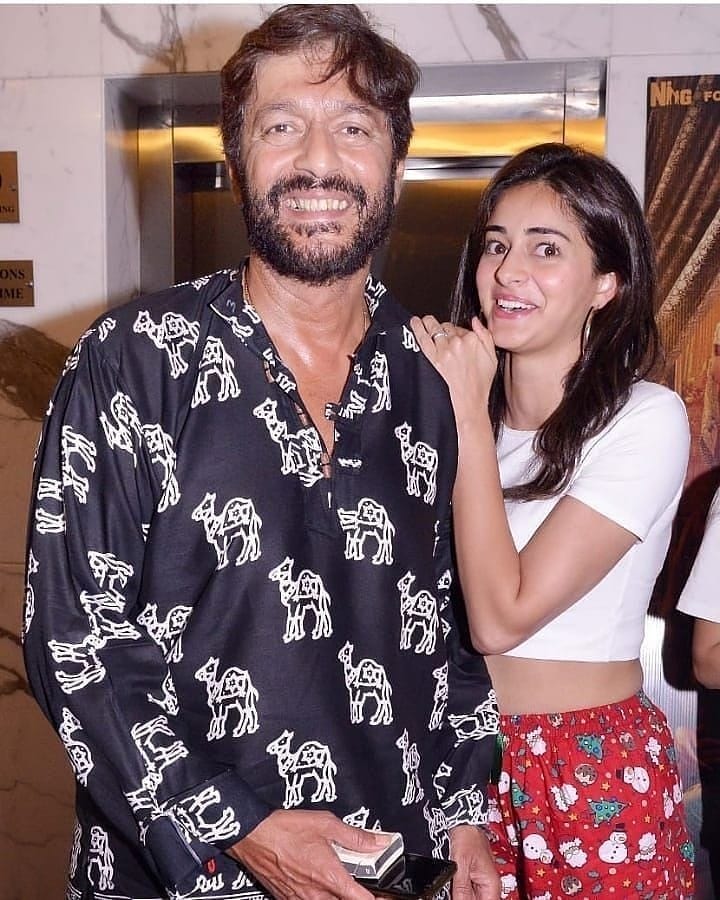 Recently, in an interview with BollywoodLife.com, Ananya opened up on the things she learnt from her father on the career choice. The actress simply shared that she never had this kind of discussion with her father because she has seen it all from the front seat. But the thing that she loves about her father is that he didn't change as a person. She also stated that through the phase of success and failure, her father maintained his positive, kind and happy attitude. And she totally admires her father's words when he told her that it is harder to handle the success than to handle the failure. We totally agree! On Ananya's 21st birthday this year, her father, Chunky had posted a cute picture of her and had written a cute note for her that could be read as "Birthday Girl! My First Super Hit Home Production." (Also Read: Arpita Khan Sharma And Aayush Sharma Pick A Unique Name For Their Newborn Daughter, It Means Miracle) 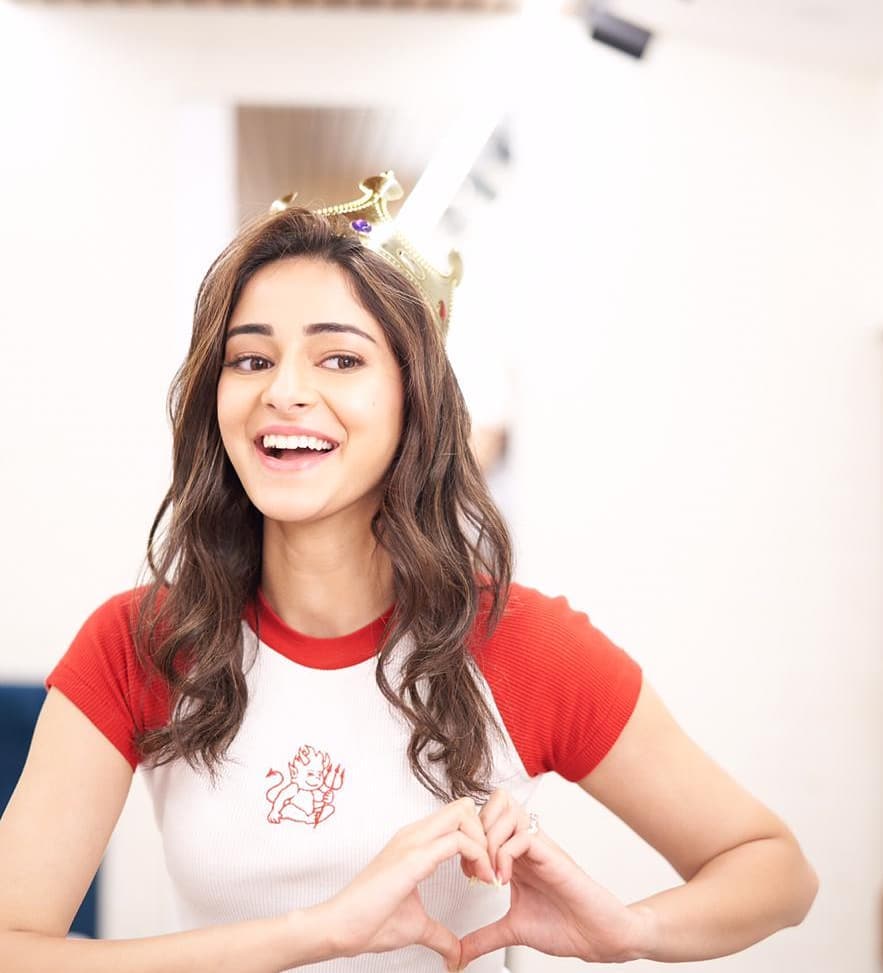 In an interview with SpotboyE, Chunky had opened up on his daughter getting her first debut role. He had revealed that his daughter always wanted to be an actress and had shared, "Ananya auditioned for it even before she had completed her 12th and I think she knew it quite soon that she has been cast. But you see, she is very good in her studies. She had even enrolled in University of California, Los Angeles (UCLA) and New York University (NYU) but since the movie was happening, we delayed her admission for a year. Now it remains to be seen if she ever goes there (laughs). Actually, she was quite clear that she wants to get into acting when she completed her 10th, but since she was a good student she had decided that she would never neglect studies. I think she got to know that she may be on SOTY 2, just 2 days before her 12th exam started." 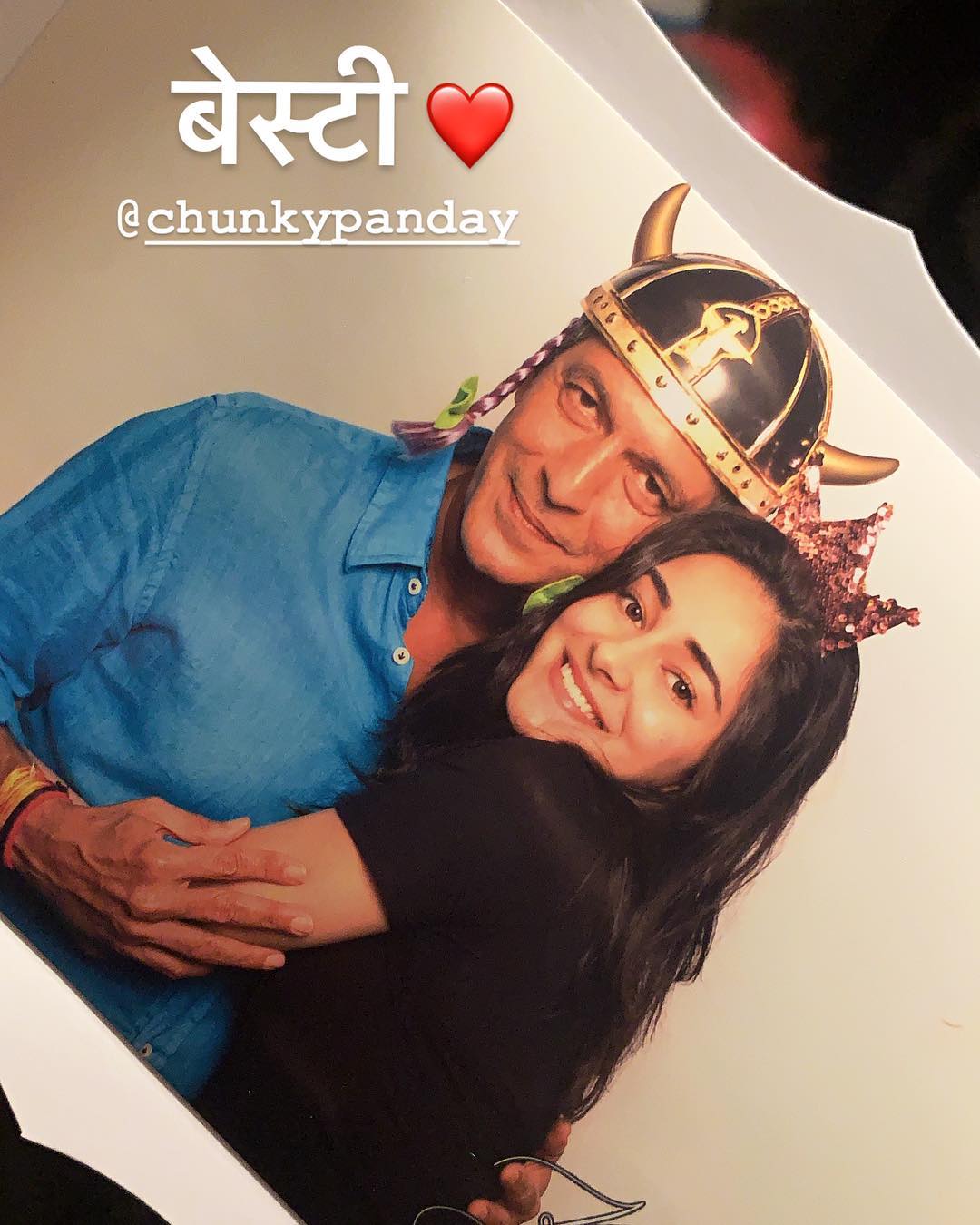 In an interview with Pinkvilla, Chunky had talked about his excitement level on knowing that his daughter is going to be on the silver screen. He had stated, “I am over the moon. I have never been on her set, seen her shooting and never seen any rushes of the film. All she had shown me were the stills from the movie. When I saw the trailer, heard her voice on-screen, I was too emotional. I just flash-backed to the start of my career. It was better than I expected. I am surprised the way she comes across on screen, maybe she is camera-friendly. I could not imagine her like this on-screen. It came to me as a pleasant surprise and a shock." In an interview with the Brides Today magazine, Ananya had shared how she loved her parents' love story. She had said, "My mom met my dad when she was 21. They met at a night club and got married six months later. It’s really sweet." The actress had also revealed that though her mother fell in love quite early but she advises her not to fall in love and concentrate more on the word. She was quoted as saying, "But my mom keeps telling me not to fall in love and to focus on my work right now." (Don't Miss: Mona Singh's First Look From Her Wedding, She Looks Ethereal In A Red Lehenga With Minimal Chooda)

Well, we totally love Ananya and her beautiful relationship with daddy, Chunky!