Saif Ali Khan's sister, Saba Ali Khan, who prefer to stay away from the limelight, posted a beautiful picture of her 'bhabhi', Kareena Kapoor Khan and it was her caption that stole our hearts.

All of us are quite familiar with the Pataudi family, right? Be it the late Mansoor Ali Khan Pataudi, his veteran actress-wife, Sharmila Tagore, their actor-kids, Saif Ali Khan and Soha Ali Khan, the additions in the family, Kareena Kapoor Khan and Kunal Kemmu or their grandchildren, Sara Ali Khan, Ibrahim Ali Khan, Taimur Ali Khan and Inaaya Naumi Kemmu, everyone already knows a lot about the Pataudi family and is eager to know what they are up to. But there’s one Pataudi member, who stays away from the limelight but is as talented as the rest of the family. It is none other than Saif and Soha’s sister, Saba Ali Khan. (Also Read: Saif Ali Khan Opens Up On Shifting To Pataudi Palace Once The Second Baby Comes, Clarifies Buying It)

Born to Mansoor Ali Khan Pataudi and Sharmila Tagore, Saba Ali Khan is a jewellery designer by profession and mutawalli (Chief Trustee) of the Auqaf-e-Shahi (Royal Trust) established by the princely state of Bhopal as a royal charitable endowment. Contrary to her siblings, Saif Ali Khan and Soha Ali Khan choosing acting as their professions following their mother, Sharmila Tagore’s footsteps, Saba had taken a different route and became a jewellery designer. It is very rarely we see Saba in the parties and get-togethers as she prefers to stay away from the limelight. 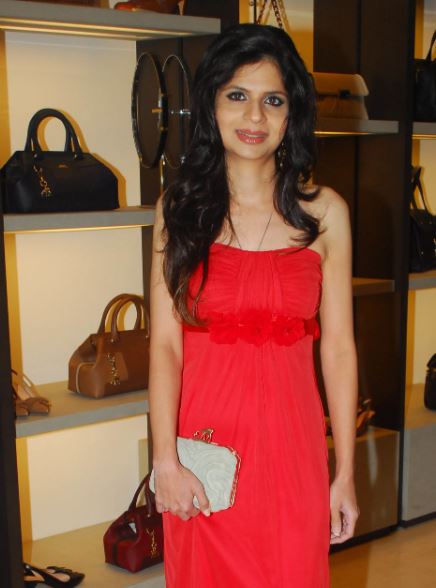 Saba Ali Khan not only shares a warm bond with her siblings, Saif Ali Khan and Soha Ali Khan but also her sister-in-law, Kareena Kapoor Khan and brother-in-law, Kunal Kemmu. Reportedly, once Saif had asked Saba to design a piece of jewellery for his then-girlfriend and now-wife, Kareena and that was the beginning of the beautiful relationship they share now. Saba keeps a low profile on social media, but never skips a chance to post something special for her family. October 22, 2020, is no different! A few minutes ago, Saba posted a beautiful picture of her bhabhi, Kareena and it was her caption that stole our hearts. Saba wrote for her bhabhi, “What matters… radiance of inner beauty” followed by a pink-heart emoji. Isn’t it lovely? 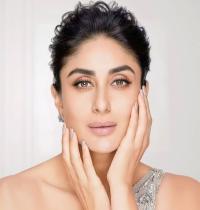 As mentioned before, rarely we get to see Saba Ali Khan in the pictures with her star Pataudi family. Mansoor Ali Khan Pataudi and Sharmila Tagore’s daughter, actress-turned-author, Soha Ali Khan had shared the rare, rather the ‘only’ picture of the entire Pataudi family with Kareena Kapoor Khan and Kunal Kemmu in one frame, in her book, The Perils of Being Moderately Famous. In another picture of the Pataudi family, Kunal was missing in the frame as the rest of them were all smiles for the photograph. (Also Read: Kareena Kapoor Khan Nails Her Maternity Look In Rs 3k Dress In A Video With Hubby, Saif Ali Khan)

Soha Ali Khan had also shared an unseen picture from her brother, Saif Ali Khan’s wedding with Kareena Kapoor. Sharmila Tagore, Soha Ali Khan, Saba Ali Khan had happily posed with the then newly-weds, Saif and Kareena. Making it a perfect family picture, Saif’s kids from his first wife, Amrita Singh, Sara Ali Khan and Ibrahim Ali Khan had joined the portrait and were all smiles for the camera.

In 2009, at the launch of the jewellery store, Opulence, for which Saba Ali Khan had designed a collection that Soha Ali Khan had showcased on the ramp, the Pataudi sisters had spoken about their family in an interview with HT City. Speaking of how they manage to stay in touch, despite having different professions, Soha had said, “We three are fiercely independent, but we do keep in touch. We are just a phone call or an SMS away. We all look forward to meeting each other.” Recalling their childhood, Soha had shared, “I remember my childhood in Delhi, but don’t remember much of Mumbai. You see I was four and Saba was six when we moved to Delhi.” To which, Saba had corrected her by saying, “Soha you were seven and I was nine when we moved to Delhi. She doesn’t remember much.” Admitting that she is a protective elder sister, Saba Ali Khan had remarked, “I always gave her advice on everything — from boys to clothes. Even now, when she goes out at night in Delhi, I call her to check on her.” To which, Soha had added, “After coming from Mumbai, where I am not accountable to anybody, it feels nice that somebody is concerned about you.” Though Saif and Soha get along really well as they stay in the same city, Saba too, has her special moments with him. Saba had said, “We are very proud of our brother, he has accomplished a lot in his life.” However, Soha had described Saif as “adventurous… giving our parents headaches.” (Also Read: When Ibrahim Ali Khan Twinned With Abba, Saif Ali Khan At His Wedding With Kareena Kapoor [Pictures])

Much love to the bhabhi-nanad duo!