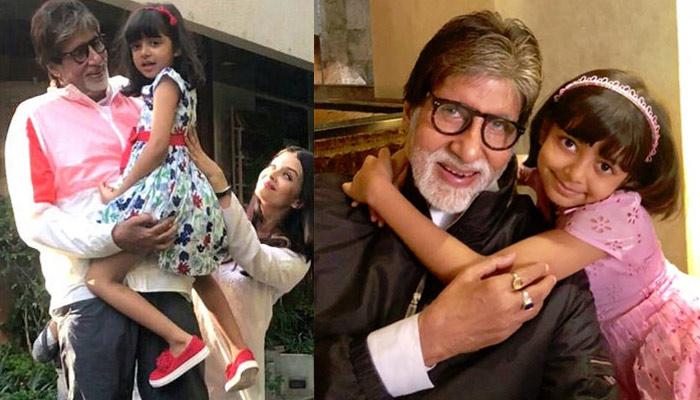 One of the loveliest and adorable relationships in this world is that of grandparents and grandchildren. The kids, who are blessed with this lovely bond and loving grandparents, are the luckiest babies on earth. One amongst those lucky babies is Aishwarya Rai Bachchan and Abhishek Bachchan’s little daughter, Aaradhya Bachchan. The equation that Aaradhya shares with her grandpa and the Shahenshah of Bollywood, Amitabh Bachchan is something which can’t be expressed in words.  (Also Read: Mom-To-Be Neha Dhupia Twins With Angad Bedi For Her B'Day Lunch, Karan Johar Hosts Night Party) 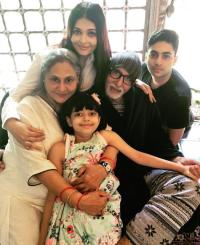 For the ones who don’t know, Mr Amitabh Bachchan is all set to be back with a new season of his GK-based quiz show, Kaun Banega Crorepati. Owing to Big B’s personality, aura, and magnetic appeal, the trailer of the show (which was released lately) got an amazing response. 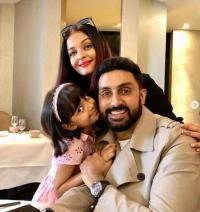 Sony television’s official statement regarding the comeback of the show could be read as, "Kaun Banega Crorepati (KBC) is about the power of knowledge. Knowledge that empowers the common man & woman to achieve what they aspire for, despite unsurmountable obstacles. In its 10th season, KBC with its iconic host *Mr. Amitabh Bachchan* will applaud the undying spirit behind every struggle. Celebrating the spirit of resilience, Sony Entertainment Television, is proud to unveil the theme for this year’s KBC campaign – Kab Tak Rokoge." (You May Also Like: Rubina Dilaik And Abhinav Shukla Seal It With A Passionate Liplock At Her Post-Birthday Celebrations) 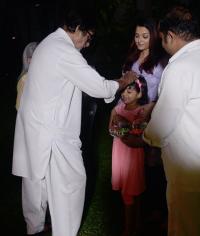 Yesterday, on August 28, 2018, was the show’s official launch and Amitabh ji was asked if he has ever played KBC with his granddaughter, Aaradhya. The doting and loving grandpa replied, "She knows that there is a show called KBC. She prefers the tune. I have not played with her, but I should start." How interesting and fun would it be if we get to see any of the videos, no? 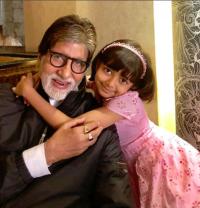 Amitabh Bachchan tries to make every birthday of Aaradhya special. Just like that, on her sixth birthday, he shared a lovely snap of Aaradhya holding a poster of herself when she was younger. He took to Twitter to share a picture of her with the caption, “When she will remind us how much she has grown... Aaradhya on her 6th...!!” (Also Read: Deepika Singh Feels Blessed To Have Mother-In-Law And Mother Who Help Her Take Care Of Her Son) 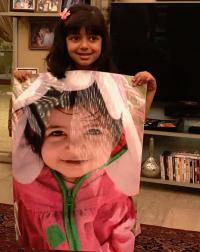 On the work front, fans are super-excited to see the much-awaited movie, Thugs of Hindustan. Wheeled by Vijay Krishna Acharya and produced by Yash Raj Films, this will be the first-ever film where Amitabh Bachchan and Aamir Khan are sharing screen space. The movie is slated to be released during Diwali 2018.

Amitabh Bachchan sir, we are eagerly waiting for this dada-poti KBC game and also, we would like to know who wins!