Ever heard of famous love pairs in the world like Laila-Majnu, Heer-Ranjha and Romeo-Juliet? For Indians, there is one more addition to the list. Any guesses as to who it would be? This legendry pair is none other than Amitabh Bachchan and Rekha. People belonging to the 80s and generations thereafter, have grown up hearing about their adhoori prem kahaani. Call it a sad part or the best part, Rekha and Amitabh Bachchan had then moved on in their respective lives for the latter was already a married man when he fell for the beautiful Rekha. (Do Read: Ankita Lokhande Comments On Her Wedding News With Vicky Jain, Here's The Truth)

When their love story became a controversial affair and reached the ears of his wife, Jaya Bachchan, she forbade him from further working with Rekha. While Amitabh Bachchan abided by his wife’s commands, Rekha, on the other hand got married to businessman, Mukesh Aggarwal who committed suicide soon after. And as per reports, Rekha and Amitabh haven’t been in touch post the controversies died down. But there is someone from Amitabh’s family who is greatly adored by Rekha. Do you want to know who it is? Read on! 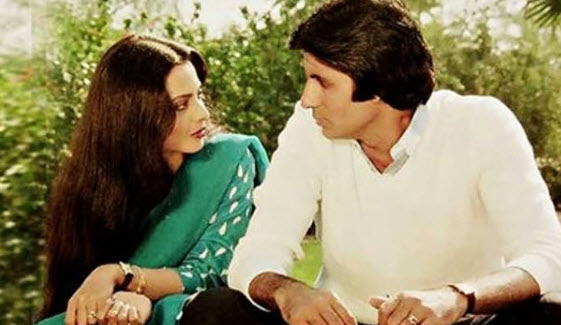 And she is none other than, Amitabh’s bahu, Aishwarya Rai Bachchan! Whenever Rekha ji and Aishwarya meet, their exchange of affection is worth-noting. And something similar happened at the Kaifi Azmi event held yesterday (January 14, 2019), in Mumbai. Shutterbugs captured legendary actor, Amitabh Bachchan’s once lover, Rekha ji and his now daughter-in-law, Aishwarya exchanging pleasantries at the event. The two Umrao Jaan stars posed happily for photographs and kissed each other while bidding goodbye. Not just this, in the following video, you will see how concerned they are about each other while going back home.

In March 2018, Rekha wrote a heartfelt open letter to Aishwarya Rai Bachchan for a leading magazine. The letter began with the salutation, “My Ash” and could be read as, “A woman like you who is in harmony with her spirit is like a flowing river, never stagnant. She goes where she wants to without pretence; and arrives at her destination prepared to be herself and only herself. People may forget what you said, they may also forget what you did but they will never forget how you made them feel. You are a living example that courage is the most important of all the virtues because without courage, you can’t practice any other virtue consistently! Your deep strength and pure energy introduces you even before you speak!” It further continued, “The worst thing you did was to be present with the ‘present’ with gratitude. You pursued the things you loved doing; and then did them so well that people can’t take their eyes off you! You on your own are enough with nothing to prove to anyone. Life is not measured by the number of breaths we take but by the moments that take our breath away.” (Also Read: Akshay Kumar And His 6-Year-Old Daughter Nitara Celebrate Makar Sankranti, He Shares A Cute Video) 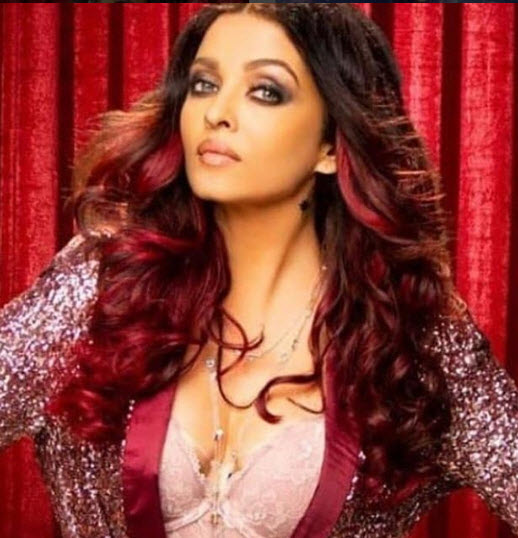 The letter ended with, “You’ve come a long way, baby. Having endured many hurdles, like the phoenix you rise! And I cannot pen down in words how proud I am of that little ‘cool’ moon-faced girl who took my breath away the very instant I first laid my eyes on her. You always gave better than the best to all the roles you were bestowed with but my most cherished character of yours is the role of the complete ‘Amma’ that you are, to the little bundle of pure joy called Aaradhya. Keep loving and spreading your magic. Two decades of Aishwarya Rai Bachchan- wow! Aashirwads and duas I wish for you more goodness and blessings; much more than your heart can contain! Love you. Jeete raho. Rekha Maa.” 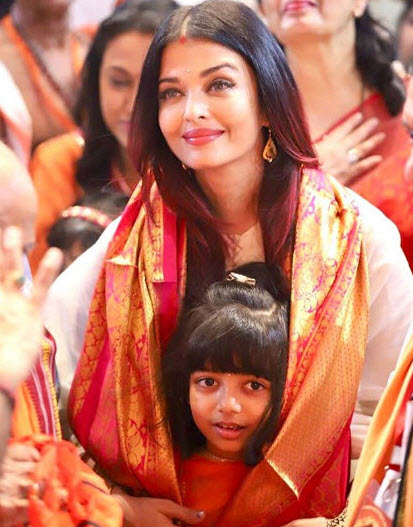 Coming back to Rekha-Amitabh’s controversial relationship, in an explosive 1984 throwback interview with Filmfare, Rekha, at length, spoke about Amitabh Bachchan, Jaya Bachchan and relationships. She had shared, “Why should he have not done it? He did it to protect his image, to protect his family, to protect his children. I think it is beautiful, I don’t care what the public thinks of it. Why should the public know of my love for him or his love for me? I love him, he loves me – that’s it! I don’t care what anybody thinks. If he’d reacted that way towards me in private, I would have been very disappointed. But has he ever done that? I ask you. So why should I care about what he’s said in public? I know people must be saying bechari Rekha, pagal hai us par, phir bhi dekho. Maybe I deserve that pity. Not that he has 10 rollicking affairs! Mr Bachchan is still old-fashioned. He doesn’t want to hurt anybody, so why hurt his wife?” 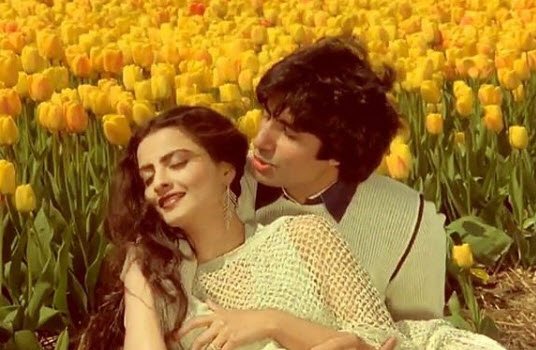 Speaking about being the ‘other woman’ in a man’s life, Bollywood’s Umrao Jaan was quoted as saying, “No one cares about what I have to say. I’m basically the other woman na? Parents are also embarrassed. Which parents will not be when their son has an affair? And image ki baat hain na. No one looks inside. The other party has this cute bechari image which fits beautifully. The impression is good na? I’m free. The other person can’t do that. Can’t leave him and go away. Mind you, this is a very good quality. If you can kill your desire and stick to someone in spite of knowing that this person loves somebody else, stay under the same roof. It shows strength. I must give her credit. It’s a plus point which I don’t possess. I won’t compromise. Give and take theek hain. But you might finish off the relationship if you compromise.” (Must Read: Raghu Ram Shares His Fun-Filled Wedding Trailer, Rannvijay Danced His Heart Out [Video Inside]) 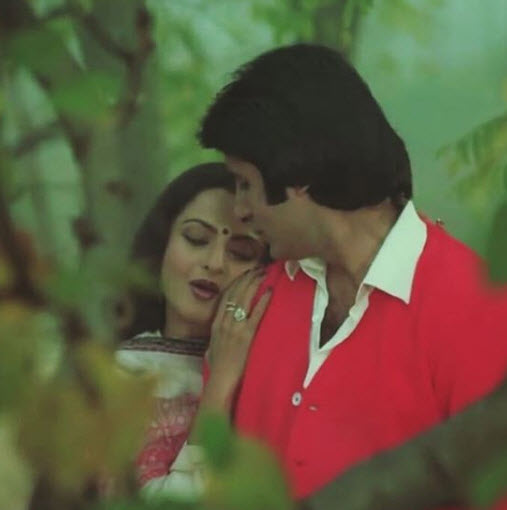 Guys, what more do you know about Rekha ji and Amitabh Bachchan’s relationship? Keep us posted!