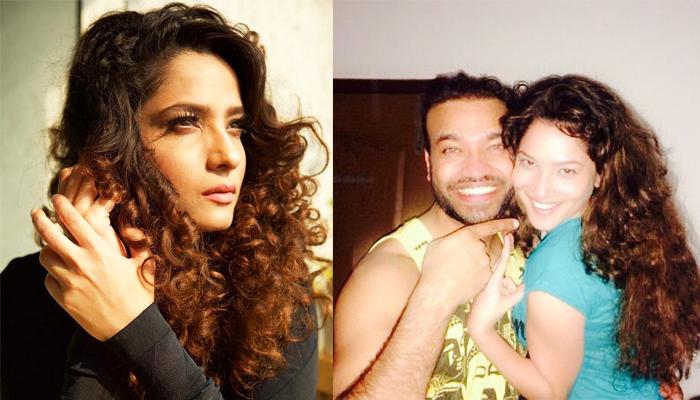 Just like the B-town, out television industry is also privy to relationships and affairs. Someday or the other, we stumble upon the news of someone dating his/her co-star or getting hitched in a hush-hush manner. One of the television industry's most popular and highest-paid actresses, Ankita Lokhande's personal life is also going through the same gamut. Rumour has it that she is soon going to take the nuptial plunge. (You May Like: Akshay Kumar And His 6-Year-Old Daughter Nitara Celebrate Makar Sankranti, He Shares A Cute Video)

Ankita Lokhande, reportedly, is all set to marry the co-owner of Mumbai team of Box Cricket League, Vicky Jain this year. A Bombay Times report last year (2018) had suggested, "After her breakup with Sushant, Ankita found her soulmate in Vicky. The couple is seen at many parties together and has also travelled to various holiday destinations. All of their friends know about the relationship. Ankita is also very close to Vicky's family and is often spotted with his sister. Currently, she is occupied with her film promotions, but she is planning to get married in 2019."

Pavitra Rishta actress herself has come out in the open now to reply to her wedding rumours with Vicky Jain. She hasn't denied or accepted anything but has only said that she will let the world know whenever her marriage happens. Talking to the Bombay Times, Ankita Lokhande said, "If it happens, I will let you know and invite you for the wedding. I can’t say anything right now, but there are no plans, yet." She added, "I am just focusing on work at the moment." 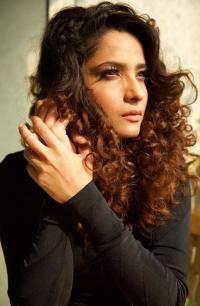 Ankita and Vicky's wedding rumours created a storm in media and tinsel town, after all, her previous 6-year-old relationship with Sushant Singh Rajput had drawn a lot of attention. After the rumours spread like wildfire, Ankita told DNA, "There are no marriage plans right now. Like I said, I’m still waiting for my prince charming. But I’m not consciously looking for a man. I’m done with that! I don’t need a man to reach somewhere in life. I’d rather have awards." (Must Read: Ranveer Singh On Giving Relationship Advice To Ranbir Kapoor: He Doesn't Need Any Advice From Anyone)

An earlier report in the Mid-Day had detailed out the love story of Ankita and Vicky. It was reported, "They have known each other from the past few years. They met through common friends from the telly world. But recently, the two have got close. That they are more than just friends was evident from their body language at a Holi bash last month. Vicky and Ankita often hang out together with common friends. Vikas has also been spotted visiting Ankita at her Malad home. Considering that Ankita went through heartbreak just last year, she has been taking things slowly." 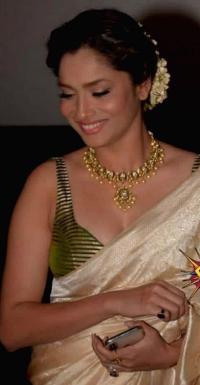 Post the above report became public, Ankita was contacted by BollywoodLife. She had replied, "The story is already out. What do you want? I am not here to give any quotes or explanations to people. I have friends. Jisko bhi friends banati hoon, date karne lagti hoon. There is no point in saying anything. I don’t want to give a damn to all this. It has been one year I am tired of listening to my own things. I am dating this guy or the other. Whenever I date someone, it will be out from my side. It is ok (the constant rumours), I cannot help it." 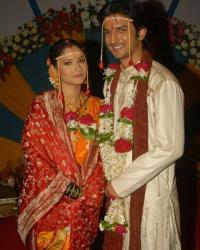 Ankita Lokhande was earlier in a relationship with Sushant Singh Rajput. They broke up in 2016 after being together for 6 years. Talking about her break up with Sushant, Ankita once said, "Back then, I was trying to be a homemaker and doing a very big job. When I was working, I was satisfied; when I wasn’t, I was still happy. I’m okay with whatever I do. Aisa kabhinahin tha ki mujhe yeh chahiye ya woh chahiye. I decided to take a break because I was happy with that then. It was not just for myself. I guess, the Universe wanted me to get back professionally, which is why I’m here now. I won’t say the break-up affected my profession, though. Love and work are two separate things. You need to balance them and I’ll say I wasn’t able to do that." (Don't Miss: Raghu Ram Shares His Fun-Filled Wedding Trailer, Rannvijay Danced His Heart Out [Video Inside])

On the professional front, Ankita is all set to make her Bollywood debut with Manikarnika which is slated to release on January 25.