MTV Roadies and MTV Splitsvilla, Raghu Ram is on cloud nine these days. The reason behind the former reality show host’s happiness is his newbie wife, Natalie Di Luccio, who happens to be an Italian-Canadian singer. On December 12, 2018, Raghu and Natalie walked down the aisle and became mister and missus to each other legally. The couple got engaged on August 4, 2018 in the presence of their friends and family in Canada. (You May Also Like: Ranveer Singh On Giving Relationship Advice To Ranbir Kapoor: He Doesn't Need Any Advice From Anyone)

The newly-weds, Raghu and Natalie both are very ardent social media users. A few days back, both of them shared the most memorable moment of their lives when Raghu went down on his knees and proposed Natalie. Sharing their proposal moment on their respective Instagram handles, Natalie captioned the pic as, “That time he went down on his knee, I said yes. @instaraghu #SouthAfrica #TableMountain #InTheClouds #ISaidYes”, while Raghu wrote, “Once upon a time, inside Cloud 9, She said yes”.

Raghu Ram Announces His Wedding With Fiancee Natalie Di Luccio In A Unique Style, Details Inside

Raghu Ram Shares The Moment When He Proposed His FiancÃ©e Natalie Di Luccio, And She Said Yes

After Divorce With Sugandha, Raghu Ram Is All Set To Tie The Knot With Girlfriend, Natalie Di Luccio And today, on January 14, 2019, Raghu took to his official Instagram account to share the wedding trailer. The video clearly showcases all the madness and fun, the guests and the newly-weds had during the 3-day wedding celebrations. Also, in the video, we can see MTV fame, Rannvijay Singha dancing his heart out. Here’s the video that he shared on his official Instagram handle:

Along with this video, Raghu wrote, “This glimpse of the most amazing 3 days of our lives gives me major #Feels! So much love! So much fun!! Thank you @dsilvafilms More coming soon #NatRag TuKaregiShaadi Cinematography: @dsilvafilms Wedding planner: @tabithaweddings”. (Also Check: Shahid Kapoor Finally Confirms He Was Dating Priyanka Chopra And Sonakshi Sinha On Koffee With Karan) 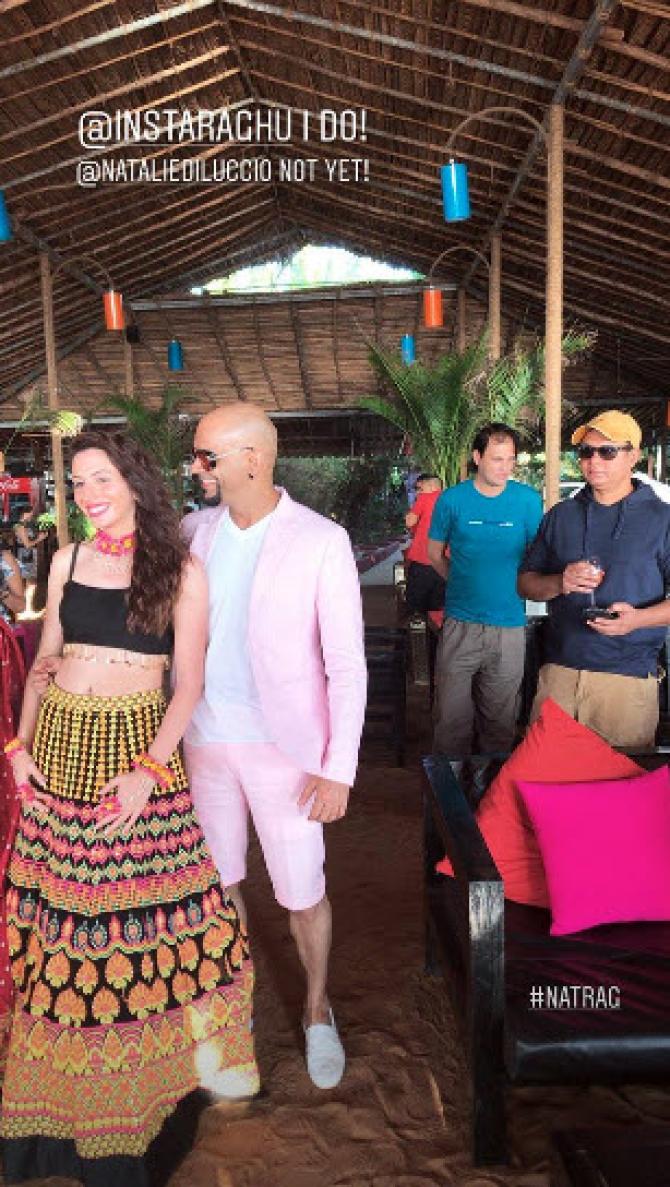 Raghu and Natalie’s close friend and Bigg Boss 12 finalist, Karanvir Bohra recently took to his official Instagram account and wrote, “This post is to the happy married couple @nataliediluccio and @instaraghu you have to forgive me for not being a part of this beautiful union ( I know you will take my case and black mail me for the next 3 months, but I'm up for it) She is a wonderful woman, and you my brother, #1inamillion I pray for the best and the most beautiful life for the 2 of you.... #godblessyouboth #omnamoshivaya P.S. Now you and me can go to Canada and be the official #husbands-in-law. @bombaysunshine when will i get my permanent visa?” 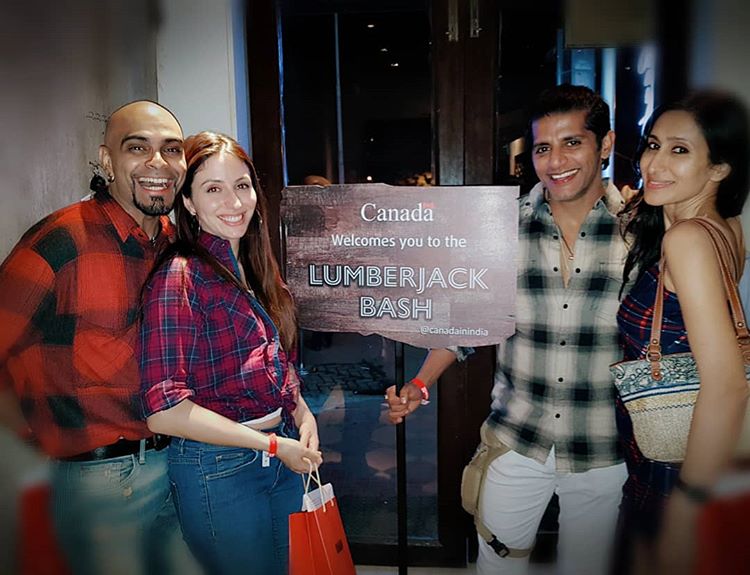 It was Karanvir and his wife, Teejay who announced Raghu and Natalie’s engagement on social media. The couple attended their engagement ceremony that held in Canada and also shared a picture on their Instagram handles. Along with the snap, Teejay wrote, “The main reason we were in Toronto - to see two of our dearest friends get engaged.  Raghu - You have always been one of the people I love most - so sweet, so kind, so intelligent, and so funny (especially at 8 am!! If anyone deserves happiness, it's you and I'm so glad you found it with Natalie. (Aren't Canadians awesome?) You guys are so great together! Biggest hug ever to you. @instaraghu @nataliediluccio”. (Checkout: Unseen Childhood Picture Of Janhvi Kapoor Giving Out A 'I Didn't Do It' Smile Will Make Your Day) 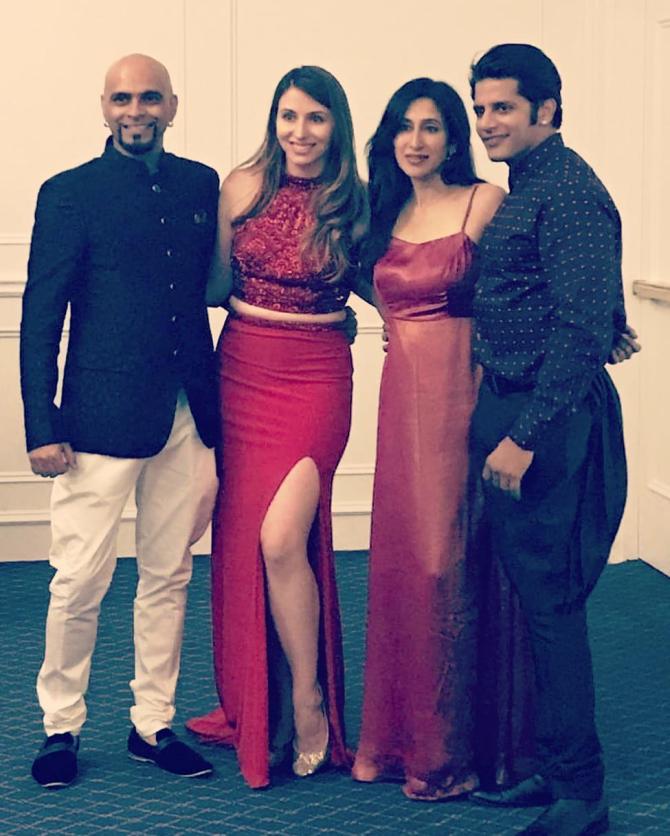 For the ones who don’t know, Raghu was earlier married to Jaane Tu... Ya Jaane Na fame, Sugandha Garg. The two were happily married for 10 long years before calling it quits three years back in 2016. After his separation with ex-wife, Sugandha, Raghu released a statement which stated, “Our relationship has changed over time. Today, we might not be a couple, but we are still the best of friends. The disconnect was bound to happen. The important thing is that we started off as friends, and we realised that if our relationship isn’t working, then it is best to stay friends. We have prioritised our friendship over everything else. I am happy about that, and so is she.” 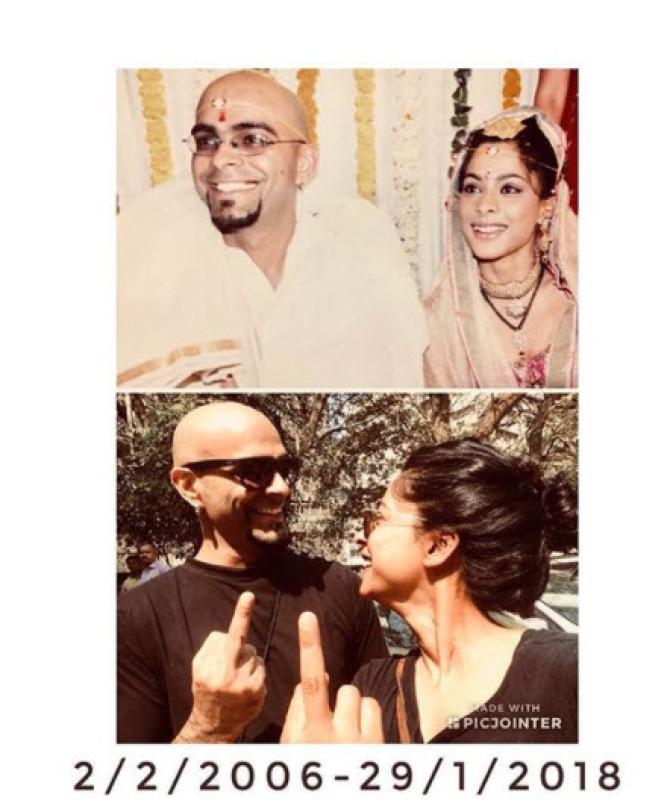 It further stated, “The time we spent apart was too much, and the time we spent together wasn’t enough to sustain our connection. It’s better to be in each other’s lives as friends instead. It is not something we have taken lightly, and that’s why, it hasn’t been easy. But since we took the decision, it has been good.  Right now, it might seem casual, but it’s not. However, I believe that it doesn’t always have to be acrimonious.” (Do Read: Sara Ali Khan Celebrates Lohri With Mom Amrita Singh, Designer Sandeep Khosla And Others) What a wedding trailer, Raghu and Natalie! We wish you an ocean full of happiness and a very blissful married life.