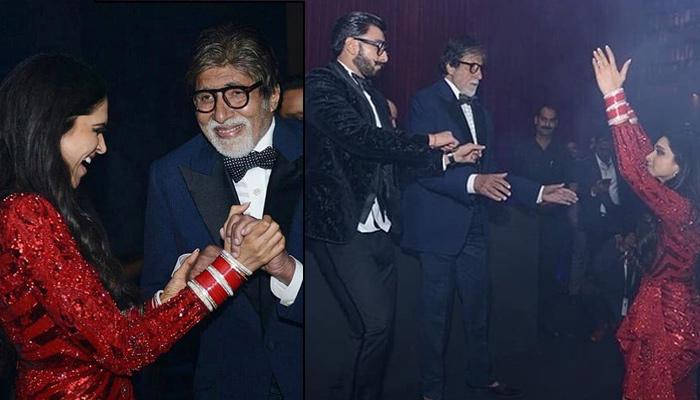 Never had we waited for anything so patiently, as much as we did for Deepika Padukone and Ranveer Singh’s Italy wedding pictures. So much so everybody’s wait, that even India’s textile minister, Smriti Irani shared a meme on her Instagram handle which depicted a human who had turned a skeleton waiting for their wedding pictures! And when they finally did, what an absolute treat to the eyes, it was! (Do Read: Priyanka Chopra's First Look Revealed From Her Wedding While Going Towards 'Mandap' With Bridesmaids)

Both Deepika and Ranveer worked hard to ensure that their wedding remains an unforgettable experience. Hence, the couple and their families hosted as much as three wedding receptions for different sets of people and friends, but the one which we all were looking out for the most was the couple’s star-studded Mumbai reception on December 01, 2018. Complementing each other in a red and black avatar, DeepVeer looked ethereal! Here’s one of the pictures that the couple had posted on their social media handles:

And then came an array of celebrities, decked-up in their traditional best. While some grabbed attention for their look, some grabbed the limelight for who they came with. And after a long time, the world caught a glimpse of 'almost' the entire Bachchan clan together, looking every bit of royal. Amitabh Bachchan, Jaya Bachchan, Aishwarya Rai Bachchan and Shweta Bachchan Nanda were spotted at the DeepVeer bash as they happily posed for shutterbugs. Here’s a picture of the entire Bachchan clan, just that we missed Abhishek Bachchan in here: 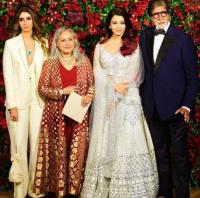 Some inside videos and pictures of Deepika and Ranveer’s Mumbai reception were also leaked. And one of them being Ranveer Singh and Deepika Padukone dancing crazily with Big B and his family! In the following pictures and videos, you will spot the entire Bachchan clan and the newly-weds Deepika and Ranveer going gaga on the dance floor! Here you go:

Don’t they look amazing? Another ‘couple’ who also grabbed headlines for once again ‘accidentally bumping into each other’ was Farhan Akhtar and Shibani Dandekar. They walked in hand-in-hand, posed for the paparazzi hand-in-hand and went inside hand-in-hand! Take a look at one of the pictures of new-in-love love couple: (Also Read: Priyanka Chopra Trolled For Having Fireworks At Her Wedding, Despite Supporting Cracker Free Diwali)

Also giving everyone an element of surprise, clearing all doubts and finally making it official, Tiger Shroff walked in with his ‘not so rumoured anymore’ muse, Disha Patani! The M.S. Dhoni..An Untold Story star wore a boat-neck grey gown, while Tiger sported a white tuxedo, white shirt and black pants and trust me you, they looked beautiful! Here’s a picture of the same: 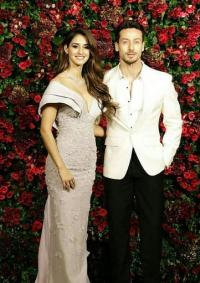 Coming back to the adorable newly-weds, a source revealed to Huffington post some interesting behind-the-scene (on film sets) moments of the couple. It was revealed that Deepika and Ranveer would make every possible attempt to be with each other when work kept them apart. Also, Ranveer would stay on the sets of Bajirao Mastani, waiting for Deepika even when his shot got over! The source revealed, “He's always giving her cues even when he doesn't have to. It almost feels that for him, her career is more important than his. He was one of the first few people to tell her that she needs to go to Hollywood. He's starry-eyed when she's around.” 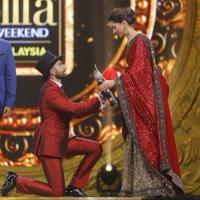 The source further added, “It was new love- euphoric and maddening. They'd call each other baby, eat together, and disappear into their vanity vans when not shooting.” Onlookers thought that Deepika and Ranveer would fall apart when Ram Leela's shoot got over. When the film became a superhit, a source stated to a publication, “When I saw them during Bajirao Mastani, that's when I knew, this is something that's going to last.” Another source added that even during group dinners, their love-struck eyes for each other would not go unnoticed by people and shared, “It's like nothing else matters. And they talk about everything non-stop, like, say, a married couple would.”

Do you know that hardly 6 months of them dating each other and Ranveer knew that Deepika is ‘the one’ for him? In an interview with Filmfare, Ranveer stated, “Six months into the relationship, I knew she was the one. I nurtured the relationship accordingly. It’s been six years now. She’s too good, too lovely. She’s a force of nature. I understood that almost immediately. I’m lucky to have her. I knew all too well that this is the woman I’m going to marry. This is the woman who would become the mother of my children. I’ve been thinking about marriage seriously for almost three years now. I was just waiting, I told her the minute you say so, we’ll do it.” (Also Checkout! Kunal Jaisingh Of 'Ishaqbaaz' Is Getting Married To Long-Time Girlfriend, Bharati Kumar On This Date) 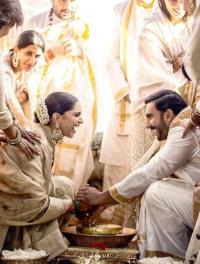 And so they did! Deepika and Ranveer, every sight of the both of you together and we know that and we let out a slight ‘my my’ under our breaths! Don’t we? 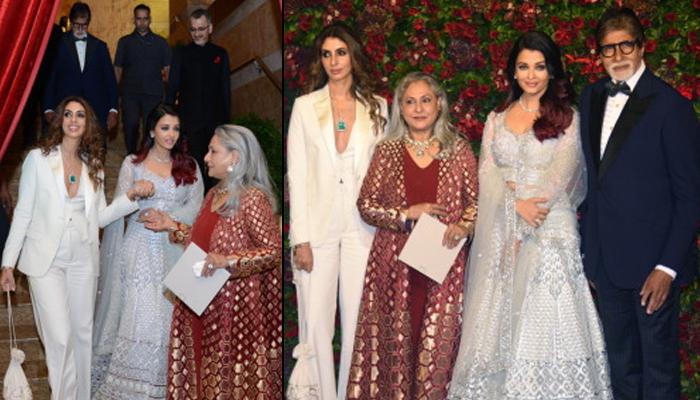