Ananya Panday and Aditya Roy Kapur are the alleged lovebirds in Tinseltown. Check out as they made their first public appearance together at Manish Malhotra's Diwali bash!

Diwali festivities are going on in full swing as B-Town celebrities have been hosting some glamorous Diwali parties for their friends and family. Amidst the gala time, the rumoured celebrity couple, Ananya Panday and Aditya Roy Kapur stole the show as they made their first public appearance together at ace designer, Manish Malhotra's star-studded Diwali bash. Pictures and videos of the alleged lovebirds have gone viral like wildfire on social media.

For some time now, reports are rife that Ananya Panday and Aditya Roy Kapur are dating each other. Though the rumoured couple didn't confess their love for each other, their growing closeness is proof of their brewing romance. The report also stated that the duo might have been seeing each other for a long time now, but are ensuring to stay away from media glares. However, ever since then, the paparazzi have been eager to spot Ananya and Aditya together. 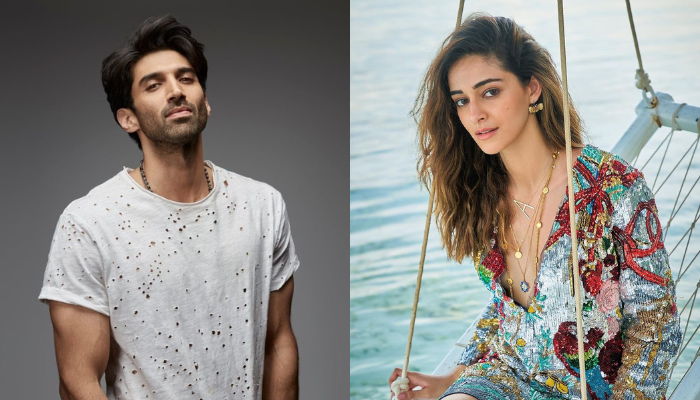 On October 20, 2022, ace designer, Manish Malhotra hosted a glamourous Diwali party and the who's who of the film industry attended it. In one of the videos from the same, we can see Aditya Roy Kapur and Ananya Panday making a public appearance together and stealing our hearts with their chemistry. It so happened that as soon as Aditya arrived to attend the Diwali celebrations, he stopped to pose for the paparazzi. Soon, when Aditya was about to leave, the paps informed him that Ananya was also coming and asked them to pose together. When the actress joined Aditya, the paps cheered for them and said, "Ye jodi hit hai", and left them blushing.

At the event, Ananya Panday and Aditya Roy Kapur twinned in black outfits and looked perfect together. Aditya looked dapper in a black buttoned-down bandhgala sherwani. On the other hand, ditching traditional outfits, Ananya grabbed eyeballs in an Indo-western number. She opted for a three-piece set, which included a choli, flared pants and a long jacket. Keeping her hair open, the actress completed her look with minimal makeup. 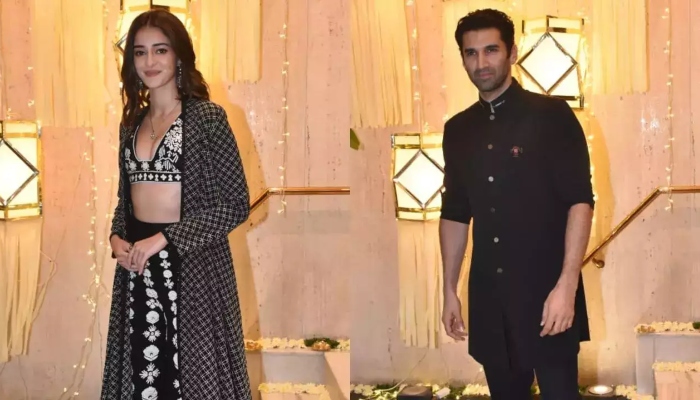 Over the years, Ananya Panday had successfully managed to keep her dating life a secret, despite being under constant media attention. However, during her appearance on the popular show, Koffee With Karan 7, the host, Karan Johar revealed it all to the public. Not only this, he even spilled the beans about Ananya dating two men at the same time. He also hinted at her camaraderie with actor, Aditya Roy Kapur, and left the audience in a frenzy. We are in love with the stunning chemistry of the alleged lovebirds, Ananya Panday and Aditya Roy Kapur!