'Yeh Hai Mohabattein' actor, Aly Goni and his ex, Natasa Stankovic are one amongst the ex-couples of 'Nach Baliye 9'. Checkout why they are failing to impress the judges and audience! 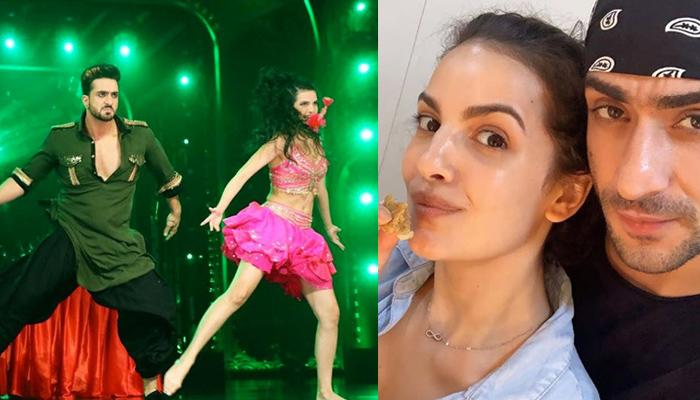 Nach Baliye is back with its ninth season and its crazy fans couldn’t keep calm for the weekends to come. Generally, people get excited for the weekend to relax and do their chores, but when Nach Baliye is airing, it is all about entertainment, entertainment and entertainment. Sitting on the couch in your living room and watching your favourite celebs grooving like never before! This season, Nach Baliye has come up with a unique concept wherein even exes are performing together. One amongst others is Yeh Hai Mohabbatein actor, Aly Goni and his ex-girlfriend, Natasa Stankovic.

Aly Goni and Natasa Stankovic had dated for over a year before ending their relationship earlier in 2015. Confirming that they were no more together, Aly had told The Times of India that the two have parted ways due to cultural differences. In Aly’s own words, "Yes, we are not together. I think I would prefer to be with an Indian girl. There were many issues in adjusting to the differences we had in our cultural backgrounds. I wish her well." (Also Read: 'Shivaay' Actress Sayyeshaa's Hubby, Arya's Wish On Her First Birthday Post-Wedding Is Pure Love) 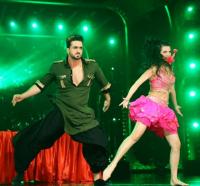 Now, the couple had decided to groove together and are currently participating in Nach Baliye. Now, as per the latest reports, Aly and Natasa are counted amongst one of the weak couples. The episodes this weekend will portray Aly and Natasa performing a unique act, which will show the former as a pirate and the latter will look mesmerising as a mermaid. While both of them will try their level best to give their 100 per cent, but there will be a certain sort of resentment between them, which will let everyone down, including the judges. (Also Read: Niti Taylor Twins With Her Soon-To-Be Fiance Parikshit Bawa On Mehendi Ceremony, Pictures And Videos)

Explaining the reason behind the same, a source from the sets was quoted as saying, “Before the performance, Aly and Natasha seem to have got into some argument. It was clearly evident that their chemistry was off this time around. They were seen fumbling while executing certain steps. The judges too remarked on this and the ex-couple too accepted that there was a certain disconnect. Another unique thing of the act is that Natasha danced while wearing a pair of rollerblades which is by no means an easy feat! It remains to be seen what happens next on the show.” 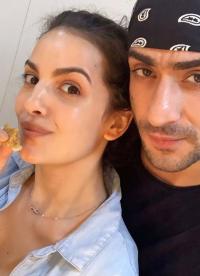 A few months back, Aly was hospitalised as he had to undergo surgery for his eye infection. At that time, it was his ex-girlfriend, Natasa, who had come down to his rescue. She had nursed him and had taken care of him until he was brought back to his health. In fact, he had taken to social media and had written, “Thank u so much for taking care of me all this while in the hospital Day and night when I was soo irritated was not able to see anything and the way u make me calm and handle my anger I respect for that... #respect #thankusoomuch#bestfriends.” (Checkout: Arjun Kapoor Turns Protective Boyfriend To Malaika Arora When She Was Mobbed By Fans [VIDEO]) 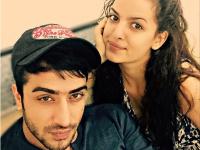 Soon after, rumours started floating that the two might be back as a couple. But later, Aly had come out in open and was quoted as saying, “Natasa is a very dear friend and although we are no longer dating, we will always be there for each other. After she got to know about the operation, she came down and helped me around, knowing well that I had no one to look after me. We also have known each other long enough to understand our needs, and it’s beautiful that way.” 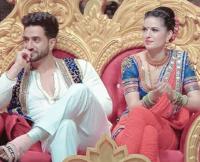 Sometime back, there were rumours that Aly Goni was in a relationship with his Yeh Hai Mohabbatein co-star, Krishna Mukherjee. A source from the sets of the show had informed, “They seem to be a couple. Krishna is constantly in Aly’s make-up room or in his vanity van during outdoor shoots. They wait for each other to pack up and leave together.” Later, he had rubbished those rumours and had stated, “I have always been open about my relationship. I would have admitted to it if I were in a relationship. We are just good friends and have gone out a couple of times. That's enough for people to spread such rumours.” 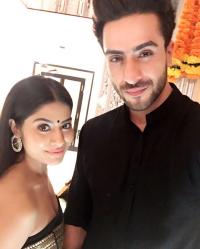 Further when he was probed to tell if that friendship would turn to another level, he had replied, “I want to take a long break from love after my last relationship went kaput. All my friends are aware of it. Actually, I am scared of falling in love again at least for some time.” Lastly, he had signed off by saying, “After breaking up the first time, we decided to give our relationship another chance. We tried to work on it, but problems persisted, and we decided to end it for good rather than dragging it on. There is no communication between us now. Initially, I thought it was different cultures and mindsets that drew the wedge between us, but the reality is that we are not compatible.” (Do Read: Chhavi Mittal's Inspiring Post-Pregnancy Weight Loss Journey, Reveals The 2 Things She Had To Avoid) 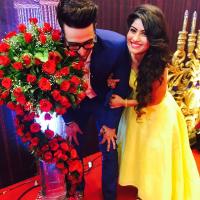 Are you excited for this week’s Nach Baliye episodes? Raise your hands, if your answer is in affirmative!