Radhika Merchant, 'Choti Bahu' Of Ambanis: All You Need To Know About Anant Ambani's Alleged Fiancee

Radhika Merchant, 'Choti Bahu' Of Ambanis: All You Need To Know About Anant Ambani's Alleged Fiancee After a grand union of Isha Ambani with her fiance, Anand Piramal, the wedding bells are now ringing in full swing for Mukesh Ambani and Nita Ambani’s elder son, Akash Ambani. The wedding festivities were at an all-time high in 2019 with the star-studded engagement ceremony of Akash Ambani-Shloka Mehta and the wedding of Isha Ambani-Anand Piramal. And it seems like after Isha and Akash, their younger brother Anant has also decided to enter to 'Doubles Club' soon. (Also Read: Anant Ambani Performs With Alleged GF Radhika Merchant On 'Koi Mil Gaya' At Isha Ambani's Sangeet)

Anant Ambani is enjoying his courtship period with his rumoured girlfriend, Radhika Merchant. Anant’s rumoured girlfriend, Radhika came into limelight when she performed on Ghoomar song with the brides-to-be, Isha and Shloka, during the former’s engagement. Then at Akash and Shloka’s engagement bash, Shah Rukh Khan teased Anant about Radhika on the stage during the celebrations, which gave us our clue number two.

And then a picture surfaced on the internet, of Anant Ambani and Radhika Merchant twinning in green robes, lost in each other’s eyes, hinting that Radhika is indeed Anant's ‘special someone’. Neither Ambani nor Merchant family has released an official statement confirming Anant’s relationship with Radhika, but the clues have made the scenario pretty clear. Now that we know a lot about the badi bahu of the Ambani family, Shloka Mehta, here are some interesting facts for those who are wondering ‘Who is Radhika Merchant?’. Though not much is known about the ‘hone wali choti bahu’, Radhika, she has been spotted on the momentous occasions of the Ambani family.

Before Isha's wedding, the Ambani family also attended Priyanka Chopra-Nick Jonas' sangeet and Deepika Padukone-Ranveer Singh's reception. And guess who accompanied the Ambani clan to these functions? Yes, it was their alleged soon-to-be bahu, Radhika Merchant.

Radhika Merchant is the daughter of Viren Merchant, the CEO and Vice Chairman of Encore Healthcare. Radhika did her schooling from Mumbai’s Cathedral and John Connon School and École Mondiale World School before completing her IB Diploma from BD Somani International School. Radhika has her graduate degree from the New York University, in Politics and Economics. After coming back to India, she worked as Sales Executive in 2017 at Isprava, a real estate firm that ‘creates dream holiday homes for those with the finest tastes’. (Also Read: Ambani's 'Choti Bahu' Radhika Merchant Looks Jaw-Dropping In An Icy-Blue Sabyasachi Lehenga) 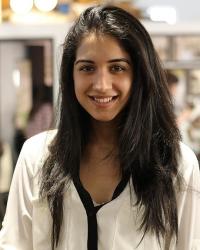 Radhika loves reading, trekking and swimming. About her love for trekking, Radhika was quoted as saying, "To go trekking or just relaxing in the calm and secluded areas of any place". Radhika is known for some serious coffee addiction at her office. In an interview, Radhika revealed why she returned to India after her graduation from the NYU. She stated, “To find a place where my work would matter, and I could make a real contribution to the organization I would join”. Radhika credited her firm for making her transition from a student to the sales executive, a breeze. 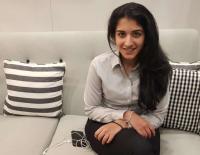 About her unplanned entry into the luxury space, Radhika shared in the same interview, "I had never given much thought to the concept of luxury while growing up. However, after joining Isprava, my idea of luxury has evolved. Earlier I was put off by the mentality behind luxury because I equated it with a large logo on a handbag or a specific pattern on a piece of fabric but after joining Isprava and understanding the brand's idea of luxury I have learnt to appreciate it. To us, luxury is the seamless process of buying a home and a hassle-free holiday experience." 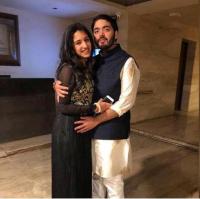 In May 2018, the above picture added fuel to the fire to the rumours of Anant and Radhika’s engagement. But the Reliance spokesperson dismissed the speculations and told Business Today, "Anant Ambani is not engaged yet.” On the other hand, Nita Ambani had told Bombay Times earlier, “Mukesh and I have given very strong foundation to our kids and even larger wings to fly - they have the freedom to take decisions for themselves and of course, choose whom they would want to spend the rest of their lives with. Marrying the one you love is gratifying and heart-warming.” Radhika also accompanied Ambani family when they recently visited Siddhivinayak Temple in Mumbai soon after Akash Ambani and Shloka Mehta's engagement. (Also Read: Unseen Picture Of Anant Ambani With Girlfriend Radhika Merchant From Isha Ambani's Italy Engagement) 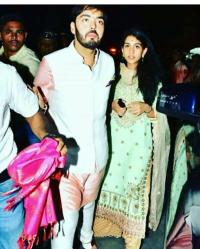 It seems like wedding bells are in the air for India's most influential business family, Ambanis. And we must say that if this news is true, then these are going to be ‘THE’ weddings of the year! 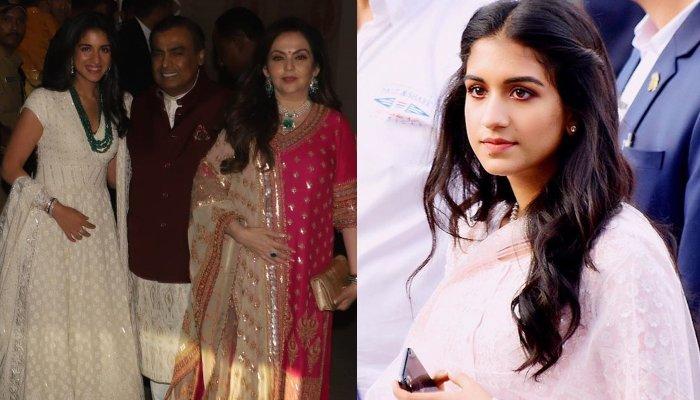 Merey Tumharey Sabke Liye Happy Diwali- The wait was finally over for the much-awaited festival, Diwali. The last quarter of the year is always special for every household as all the favourite festivals are lined up to be celebrated during the last three months of the year. Markets filled with