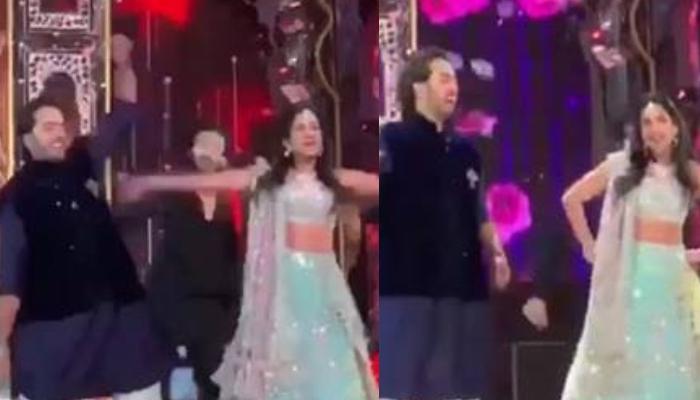 Our level of excitement for Isha Ambani and Anand Piramal’s wedding is increasing with each passing day! With the lavish pre-engagement bash in Mumbai and a grand star-studded 3-day engagement affair at Lake Como, Italy; we eagerly wait to witness something extravagant and unique at the Ambani festivities. With Ambani-Piramal union being the Indian version of the Royal wedding, we are bound to expect the unexpected, from Bollywood's biggest stars to international celebrities in attendance. (Also Read: Shah Rukh Khan Dances With Wife Gauri Khan At Isha Ambani And Anand Piramal's Sangeet)

Isha Ambani and Anand Piramal’s big fat wedding celebrations have already begun in Udaipur and we can’t help but drool over the pictures and videos. Ambanis-Piramals hosted an ‘Anna Seva’, wherein the families fed 5100 people three times a day on December 7, 2018. December 8, 2018, witnessed the Sandhya Maha Aarti and an after-party, wherein the Ambani clan along with the B-town celebs had a blast night with dhamakedar dance performances.

While we come back to the dance performances later, let us give you the latest update about the grand Flower Ceremony that took place on December 9, 2018 morning. From a gig by Darshan Rawal to Parthiv Gohil, people danced to their tunes and performed garba, making it a memorable day for the to-be bride and groom. And do you know how much flowers were ordered for the Flower Ceremony? 10,000 kgs of flowers were ordered ONLY for the flower shower at today’s function. Check it out:

Last night saw a romantic dance performance by Isha Ambani and Anand Piramal, and not only that but the function also witnessed the guests on-stage and everyone grooved to the track, Let’s Nacho from the film, Kapoor and Sons. From Shah Rukh Khan, Aaradhya Bachchan, Aishwarya Rai Bachchan, Abhishek Bachchan to Mukesh Ambani, Nita Ambani, Akash Ambani, Shloka Mehta amongst others made the evening a memorable one. But Isha’s younger brother Anant Ambani stole the limelight with his super-adorable dance performance with the alleged girlfriend, Radhika Merchant. Check out the videos here:

Apart from the Anna Seva organised by the two families, they have also set up a Swadesh Bazaar, which is an initiative of the Reliance Foundation, showcasing “108 traditional Indian Crafts and art forms from all different regions of the country for the national and international guests”, thus keeping Indian art crafts alive. On December 9, 2018, the bride-to-be Isha Ambani, along with her mother, Nita Ambani, former First Lady of US, Hillary Clinton and Indian cricketer, Sachin Tendulkar and his wife, Anjali Tendulkar, visited the Swadesh Bazaar. (Also Read: Nita Ambani Dances With Sons, Anant And Akash On 'Maahi Ve' At Isha And Anand's Sangeet Ceremony)

An official statement issued by the official could be read as, “In one of the key highlights of the pre-wedding functions of her daughter, Isha Ambani’s wedding with Anand Piramal, Ms. Nita Ambani, who is also Chairperson of Reliance Foundation and Isha Ambani today visited Swadesh Bazaar, a curated showcase of 108 traditional Indian crafts and art forms, that were on display for the national and international guests attending the pre-wedding functions. Swadesh Bazaar is a unique concept initiated by Reliance Foundation to encourage the craftsmanship of traditional Indian artisans, especially for a lot of indigenous crafts that need conservation and revival. Reliance Foundation has been supporting these arts and crafts over the years and aims to broaden and deepen its support to the goals of Swadesh Bazaar on a bigger and more sustainable scale in the future.”

The note continued, “Presenting their art were master craftsmen and craftswomen themselves, who are keeping these traditional crafts alive. The whole exhibit created an interesting experience as also an immersion into India’s cultural heritage for the national and international guests, comprising of connoisseurs and several influential leaders from the world of business, arts and different walks of life. Artisan families, master craftsmen and craftswomen showcased their indigenous technique and products of weaving like Jamdani from West Bengal; Patola from Gujarat; Pashmina Kani from Kashmir; Kota Weaving, Chanderi weaving and Maheshwari from Madhya Pradesh; Mekhla Chador from Assam, among several others.”

It could be further read as, “Showcasing some very intricate hand embroidery artists of Kantha from West Bengal; Chamba Rumal from Himachal Pradesh; Sujuni embroidery from Bihar; Gara Embroidery of the Parsi community; Crochet; Kashidakari from Kashmir; Embroideries of Kuchch; Phulkari from Punjab and Gota Patti from Rajasthan. From the world-renowned Kanjeevaram, Chkankari, Bandhej and Leheriya; there were exhibits of the popularity-gaining printed fabrics of Bagru Dabu, Bagh, Kalamkari and Ajrak. Swadesh Bazaar highlighted the beauty of traditional Indian crafts that the Reliance Foundation has been unstintingly supporting over the years. Swadesh Bazaar seeks to become a unique exhibit that not just provides livelihoods to thousands of artisans, but also gives them an opportunity to showcase rare works from every nook and corner of India, for people’s interest, appreciation and support.” (Also Read: Isha Ambani And Anand Piramal Dance Together On 'Mitwa' On Their Sangeet, Video Inside)

Woah! Ambanis surely know how to make something a GRAND one! Don’t you agree? 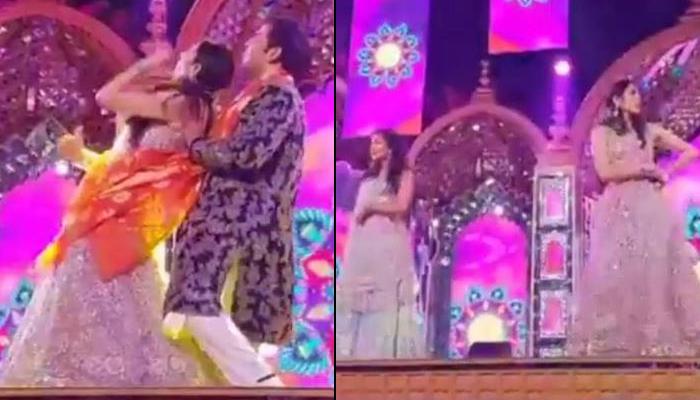 We hope you’ve kept up with the pictures and videos of ‘the mega wedding of the decade’, Isha Ambani and Anand Piramal. If not, let us rewind a little. Isha and Anand’s pre-wedding festivities began after the latter proposed his lady-love in May 2018, which was followed by an official grand