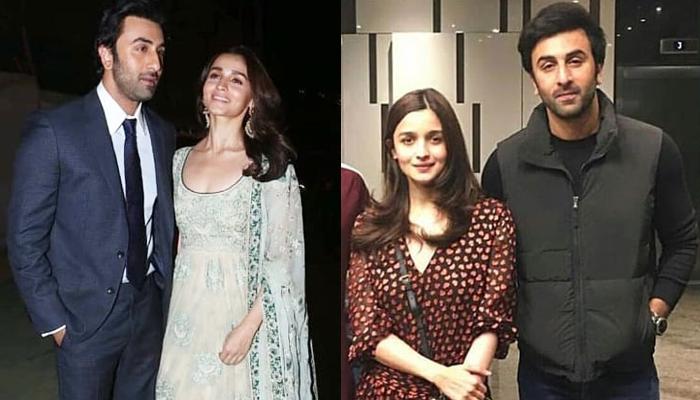 Alia Bhatt and Ranbir Kapoor make the new 'IT' couple in Bollywood. Rumours of the two dating each other started last year (2018) when they started working on Ayan Mukerji's Brahmastra. Since then, their relationship has been under the media radar. Both Ranbir and Alia are also riding high in their professional lives. Ranbir's last film, Sanju was a blockbuster, and Alia's acting in Raazi set new standards for younger generation actresses. (Suggested Read: Alia Bhatt Praises Her Current BF, Ranbir Kapoor's Ex GF, Deepika Padukone, Calls Her Soul Beautiful)

Alia Bhatt is all set to now enthral us with her acting in Zoya Akhtar's directorial, Gully Boy. The trailer of the film sparked a lot of memes and vines on social media. From 'Marr jayenga tu' to 'Tu nanga hee to aaya that, kya ghanta leke jayega?' memes, Gully Boy is one of the most anticipated films of the year. And from one moment of the trailer, in which Alia seems possessive about Ranveer Singh, we were curious to know if she is a possessive girlfriend in real life as well.

Talking to Deccan Chronicle, Alia replied, "I am not at all a possessive girlfriend. It is about giving a free hand to your partner because I have been bought up in a way where we give space to each other. We are very trustworthy and loyal and we expect and believe the same out of the other relationships in our life."

Alia recently opened up about her wedding plans in an interview with Pinkvilla, and said, “I think people should now take a break. We have had two beautiful weddings last year. I think we can chill now, watch movies, work in movies, and rest can be seen later."

During an Instagram live session, a fan asked her about her marriage and Alia replied, “When will I marry? Why is everyone asking me when I am getting married? The same question is coming all over. So you know, I am only 25 years old. I think it’s too soon to get married right now.”

Ranbir Kapoor had almost confirmed his relationship status with Alia in an interview with GQ last year (2018). He had said, “It’s really new right now, and I don’t want to overspeak. It needs time to breathe and it needs space. As an actor, as a person, Alia is – what’s the right word? – flowing right now. When I see her work, when I see her act, even in life, what she gives is something that I’m aspiring to for myself. It’s new for us, so let it cook a bit.” (Don't Miss: Taimur Ali Khan Enjoys A Royal Horse Ride On Mumbai Streets, Video Inside)

Ranbir spoke about Alia in another interview with the Hindustan Times. He was quoted as saying, “I am in a happy, positive and beautiful phase of my life. But you can talk about your personal life only to a degree. Otherwise, it becomes the forerunner of your life and your work takes a back seat. There is always excited to know about someone’s personal life. But you want to give the relationship respect so that people don’t malign it in a gossipy way. It is something beautiful, sacred and really important to you, so you want to deal with it in a nice manner.”

Coming back to Alia and Ranbir's wedding, the latter's father, Rishi Kapoor had recently said, "It’s Ranbir’s life. Who he wants to get married to is his prerogative. Neetu likes her, I like her, Ranbir likes her. Get it? I can’t be judgmental. After all, my uncles Shammiji (Shammi Kapoor) and Shashiji (Shashi Kapoor) and I chose our life partners. Ranbir is entitled to choose his."

Alia's father, Mahesh Bhatt had also commented on their wedding plans. The veteran producer and director had quipped, "It’s very obvious that [Ranbir-Alia] are making no bones about talking to people about them being intimate. And I don’t belong to that category of parents who’d advise their children about their personal choices. Alia is an adult and it’s a matter that she has to resolve. It’s their life, their space. I respect and admire them for choosing to talk to the world when, and if, they want to do."

A media report last year had suggested that Alia had been welcomed into the Kapoor khandaan with all the love. The report could be read as, "She has been welcomed into the family by everyone. So it’s not just Ranbir who loves Alia. His parents, sister and the rest of the sprawling Kapoor family adore her too. Marriage is on Ranbir’s mind for sure and he will get into it happily this time. The couple will wait until Rishi Kapoor’s recovery before discussing a date for marriage

Ranbir Kapoor, during a chat with Rajeev Masand, had spoken about love and its importance in everyone's life. He had shared, "I think every human being does extraordinary things only when they’re in love. I believe that love is something, which is a privilege. And to be in a happy, beautiful, positive space... a relationship could be with a boy-girl guy friend your mother father anybody. When there’s some genuine love it’s really beautiful." (You May Like: Mohena Kumari Singh Of 'Yeh Rishta Kya Kehlata Hai' Gets Engaged In Goa, Here's First Pic Of Couple)

Alia Bhatt is not a possessive girlfriend by her own admission, and only time will the truth. But we really hope that she and Ranbir see their relationship through. 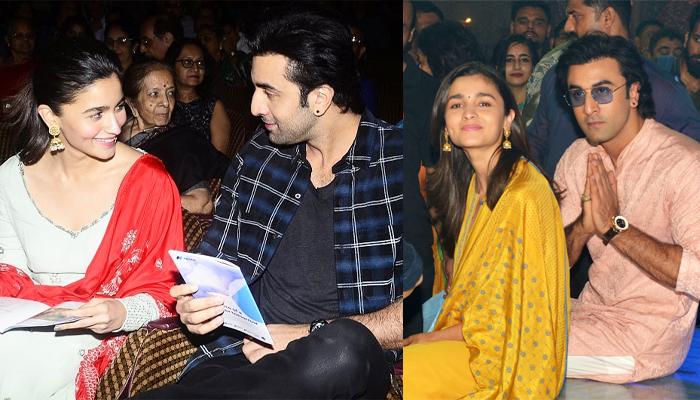 Alia Bhatt and Ranbir Kapoor are the new 'IT' couple in tinsel town. Ever since Ayan Mukerji's Brahmastra went down on the floors, Ralia (as fans affectionately call them), have been snapped together, at events, award shows and celeb wedding functions. The question- when will they get married? has been