Ranbir Kapoor, Alia Bhatt, Ranveer Singh and Deepika Padukone make for the most awesome foursome, right? We all know that at one point, Ranbir and Deepika were head-over-heels in love with each other, and now, Ranbir is dating Alia. Ranveer, on the other hand, got married to Deepika last year on November 14-15, 2018. Clearly, despite so much history and past, these four are an epitome of grace and maturity. (Suggested Read: Taimur Ali Khan Enjoys A Royal Horse Ride On Mumbai Streets, Video Inside)

Ranveer Singh and Alia Bhatt are busy these days promoting their upcoming film, Gully Boy which is slated to release on February 14, 2019. The film is going to be shown at the Berlin Film Festival but before darting off to Europe, the two have been promoting the film heavily, and during one such promotion, Alia was in an all-praise mode for Ranveer's wifey and Ranbir's ex, Deepika. 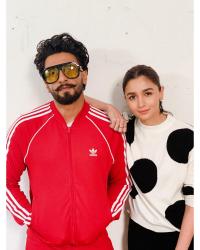 Alia had the most beautiful words for Deepika. Yes, she was quoted as saying, "You know how they say that God has created someone with a lot of love and spent a lot of time on it? Not only in her (Deepika) looks but both her soul and personality are beautiful."

Wow! This is so lovingly mature, isn't it? Earlier, when BollywoodLife had contacted Ranveer, he had revealed one common thing between his wife, Deepika and her ex's current GF, Alia. The Simmba actor had shared "I'm certainly not as disciplined as Alia is, I admire that quality about her. I’m trying to be that way. I learnt a lot about it from my wife (Deepika Padukone) and I have observed this about Alia." 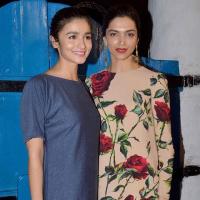 Alia and Ranbir started dating while working for Ayan Mukerji's Brahmastra. Last year, the reports of two dating each other spread like wildfire. Initially, when Alia was asked about Ranbir, she had said, “You are absolutely right, we are more than friends. We are co-actors. We are working together in a beautiful film called 'Brahmastra' which will release next year." (Must Read: Palak Jain Makes For A Beautiful Bride-To-Be In Her Haldi-Mehendi, Dances Like Crazy At One Function)

Ranbir himself almost confirmed the affair later when he had said, “It’s really new right now, and I don’t want to overspeak. It needs time to breathe and it needs space. As an actor, as a person, Alia is- what’s the right word- flowing right now. When I see her work, when I see her act, even in life, what she gives is something that I’m aspiring to for myself." 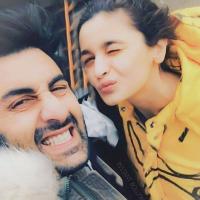 Ranbir and Deepika were earlier in a relationship and dated each other for quite some time. But their relationship sadly ended and created a storm among their fans and in the media. Deepika had alleged that Ranbir cheated on her. She had shared in an interview, “The first time he cheated on me, I thought there was something wrong with the relationship, or me. But when someone makes a habit of it, you know the problem lies with him. I give a lot in relationships and don't really expect much in return. But, infidelity is the deal breaker. Once it comes in, respect goes away, trust goes away and these are the pillars of a relationship you can't f**k around with it."

But with time, Ranbir and Deepika matured out and are true friends today. Revering her once during a media interaction, Ranbir had said, “The amount of love I have for Deepika is like family. It's very warm, it's about care, about being proud of her. The facet of love, care and respect has changed but changed for the better. It's not your immature "I love her" kind of feeling. It's mature and that has come with age. Also, we have both positively moved on with our lives." (You May Like: Sonali Bendre Shares A Beautiful Sun-kissed Picture, Says 'I'm Gonna Tell Everyone To Lighten Up') 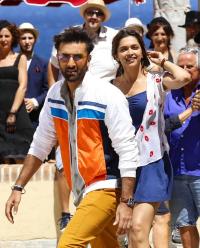 Alia Bhatt praising Deepika Padukone is not something we get on a daily basis, right? But it's mature of the four to have moved on without any grudges with a lot of respect for each other. Celebrities and their exes who have cheated on them, have always been people’s matter of interest. The very mention of a phrase like this can make anyone bet that we are talking about one of the ugliest breakups of Bollywood, Deepika Padukone and Ranbir Kapoor. The duo was always vocal