The world seems utopian when your crush becomes your boyfriend! Alia Bhatt and beau, Ranbir Kapoor’s love story is such. From the very beginning in her career, Alia has time and again shared in interviews how in awe of, is she of Ranbir Kapoor. And looks like her wish came true! (Do Read: Alia Bhatt And Ranbir Kapoor's Latest Picture With A Wink Is Going Viral, It's The Cutest Till Date) Quite contrary to his nature, Ranbir has time and again come out in the open and shared possible hints about his and Alia’s relationship. But Alia mostly has remained mum when anyone spoke of her love life. But looks this time around, the Raazi star has finally dropped a major hint about her relationship with reel-life Sanju! In an interview with NDTV, Alia was asked if she is single, to which she replied, “No, sorry, not single”. Well Alia, we can’t wait for the time when you come out in the open and speak about your relationship with Ranbir! (Also Read: Papa Mahesh Bhatt Opens Up About Alia Bhatt's Marriage To Ranbir Kapoor) Also, this is for the single ladies out there! When we ask about the qualities that your man should possess, apart from ‘he should know how to play the guitar’, do you also require a person who can click good pictures? Well, we had one such man who has supreme talent, but sorry to inform you, he is already taken! We are talking about none other than, Ranbir Kapoor who has shown to the world his hidden talent of photography, which no one else knew! All thanks to muse, Alia Bhatt! (*wink wink*) In a latest picture posted by Alia, Ranbir once again turned photographer for his ladylove. Alia took to Instgram and shared a beautiful picture of herself clicked by Ranbir and captioned the image as, "when the angle is right, you gotta do what you gotta do.. RK". Here's the image: 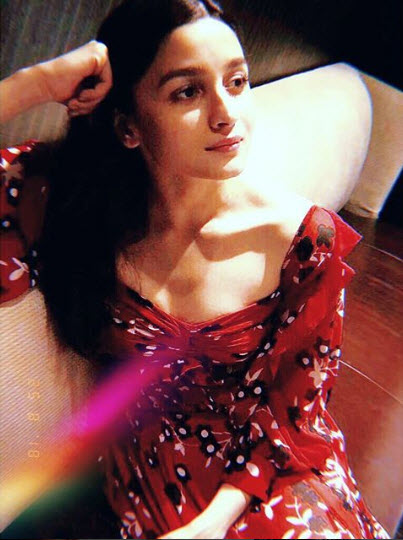 A few days back, Alia, her daddy dear, Mahesh Bhatt and Ranbir were spotted having a deep conversation at Alia’s house. When Mahesh was asked by Hindustan Times about how he felt upon meeting his probable son-in-law, Ranbir Kapoor, he replied, “Oh, the paparazzi age is here and you have people from the outside using their premise to capture the image, because that’s what the nation is thrusting for.’ So, not saying more, I’d let the paparazzi guess if papa is raazi.” 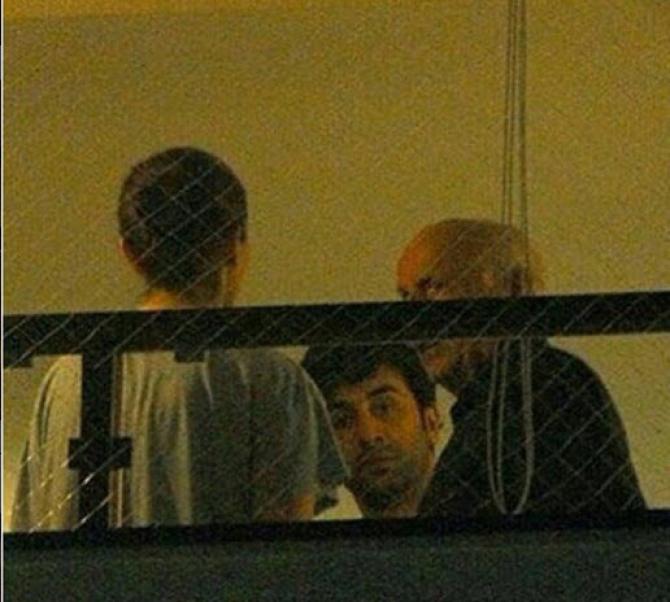 Mahesh was also asked if he advises his daughter on matters pertaining to her relationships and personal life. To this, the doting daddy shared, “It’s very obvious that [Ranbir-Alia] are making no bones about talking to people about them being intimate. And I don’t belong to that category of parents who’d advise their children about their personal choices. Alia is an adult and it’s a matter that she has to resolve. It’s their life, their space. I respect and admire them for choosing to talk to the world when, and if, they want to do.” 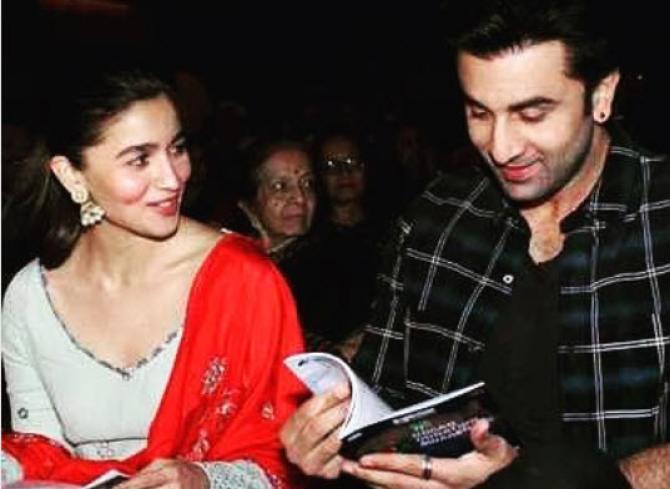 The Mulk actor also shared that he feels its time Ranbir starts thinking about his marriage seriously. Rishi Kapoor revealed, “It is high time he got married. I settled down when I was 27, Ranbir is 35. So he should think about marriage. He can marry anyone of his choice; we don't have any objection to it. I want to spend time with my grandchildren before I am gone.” He further shared, “[Be it] Ranbir or his contemporaries, actors have blinkers on and are focused on their work. The only women they meet are the actresses. They don't socialise as much; that is the flipside of life in the movies.”

Alia and Ranbir, please make it official! We want to see couple pictures of the both of you soon!