As Aaradhya Bachchan turns 8 on November 16, 2019, let us treat you with pictures proving the striking resemblance between her and her mother, Aishwarya Rai Bachchan. 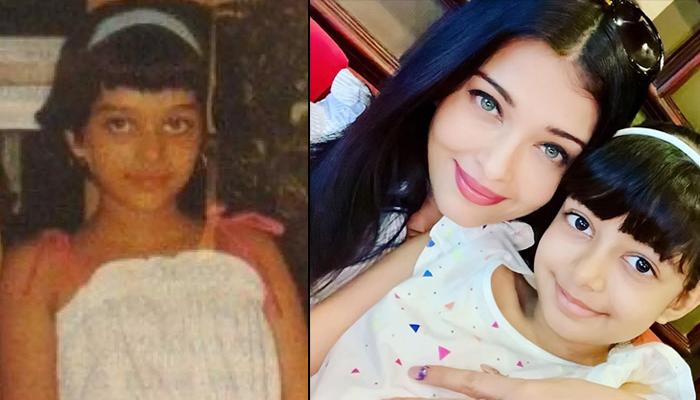 What else could be a prouder moment for a daughter than someone saying to her, ‘You’re just like your mother’? No matter how old we grow, we always remain her little girl! From teaching us how to love unconditionally, to have a voice/opinion of our own, to remain calm and move on to being self-sufficient and independent, our mothers are someone, we always strive to become. During childhood, we see nothing in common with our mother but as we grow up, we realise the true meaning of ‘like mother, like daughter’. Over the years, we just want to be like her. And how wonderfully the youngest of Bachchan clan, Aaradhya Bachchan is proving the ‘like mother, like daughter’ phrase is something we are in awe of! (Also Read: Aishwarya Rai Bachchan And Aaradhya Bachchan's Mother-Daughter Moments Are Nothing But Pure Love)

Be it walking the red carpets since such a young age with her mommy or the mother-daughter duo twinning at various outings, Aishwarya Rai Bachchan and Aaradhya Bachchan love spending time with each other and there won’t be any moment when we’ll see them not walking hand-in-hand or sitting/standing close to each other. Such is their love! Despite her work commitments, Aishwarya is a hands-on mother and has managed her personal and professional life like how!

Abhishek Bachchan and Aishwarya Rai Bachchan had welcomed their little angel, Aaradhya Bachchan on November 16, 2011, and since then, she is the aankhon ka tara of the Bachchan clan. From the seniors, Amitabh Bachchan and Jaya Bachchan to the juniors, Navya Naveli Nanda and Agastya Nanda, everyone is in awe of the adorable angel. Though the Bachchans have tried their best to keep their little one guarded from the media, Aaradhya isn’t much of a mystery for the paparazzi! As Aaradhya turns 8 on November 16, 2019, let us treat you with some collages proving the striking resemblance between her and her mom, Aishwarya and the looks the little one has inherited from her Miss World mommy.

Don’t you agree that Aaradhya Bachchan is a mirror image of her mother, Aishwarya Rai Bachchan? Aishwarya had given birth to her ray of sunshine, Aaradhya at Seven Hills Hospital in Andheri on November 16, 2011. Announcing the arrival of their little angel, Big B had then tweeted, "I am Dada to the cutest baby girl." Even the elated daddy had then posted on Twitter, "Thank you all for your prayers and good wishes. Both Aishwarya and the baby are doing great and taking some much-needed rest. And I’m trying my level best to get rid of this caffeeine high and get some sleep too. Don’t think it’ll work. TOO EXCITED." (Also Read: 10 Celeb Kids Who Are A Carbon Copy Of Their Parents, Childhood Pictures Prove The Resemblance)

From copying poses from her mother and imitating her in every picture to the 46-year-old star reliving her childhood moments with her 8-year-old daughter, Aishwarya Rai Bachchan and Aaradhya Bachchan exemplify a mother-daughter relationship. In an interview with the Vogue, Aishwarya had revealed why did they name their daughter, Aaradhya and had stated, “‘Aaradhya’ means ‘one who is worthy of worship’. It was a name both Abhishek and I had always considered, but we threw it open to our extended family. You know, when you have a baby, time flies. I wasn’t even aware that it had been four months. I never realised this as acutely as I did when I had Aaradhya—time is luxury. You can never have enough of it.”

Revealing what life lessons, she wants to impart in her daughter, Aaradhya Bachchan, Aishwarya Rai Bachchan had remarked, "I'm a firm believer of the state of mind… to keep your head above a high level of water, every day. That's something I'm imparting to Aaradhya - that B positive is not just a blood group and that everything in life is a learning curve. Experience life in the moment, because you're going to have to live with your experience. I spend all my time with Aaradhya, and I have one nanny, by choice. I read comments saying, "Ah, she must have an army of help" and I understand the perception, but I choose this way, which means life is always busy."

Speaking about how her entire day revolves around her little one and the soul connect she has with Aaradhya Bachchan, Aishwarya Rai Bachchan had shared in an interview with Free Press Journal, “Aaradhya and I have a soul connect. My day begins and ends with her. From the moment I wake up my entire perspective on the day is centered on her. Her constant presence in my life is not even something I consciously think about it. It’s just there! And I wonder how I lived before she was born. Only a parent would understand how I feel. To me my world changed the day Aaradhya was born. Everything is the same around me. But she has changed the way I look at the world. The world that I now occupy with my daughter is my reality. Everything else is a secondary.”

Last year on November 20, 2018, Aishwarya Rai Bachchan had posted a picture of a paper crown that’s colourfully decorated with hearts made by her daughter, Aaradhya Bachchan. The crown made by Aaradhya could be read as “Best Mom In the Whole Wide World”. While we totally agree to this title, Aaradhya had also gone ahead and declared it so. The proud mommy had written, “A SURPRISE...made by MY WORLD for me today. LOVE YOU MY DARLING AARADHYA and THANK YOU for the MOST PRECIOUS crown EVERRRRRRR.” (Also Read: Shweta Bachchan Made A Statement In White On Wedding Ceremonies, Resemblance With Navya Is Uncanny)

We wish not-so-little-anymore, Aaradhya Bachchan a life full of happiness and love! 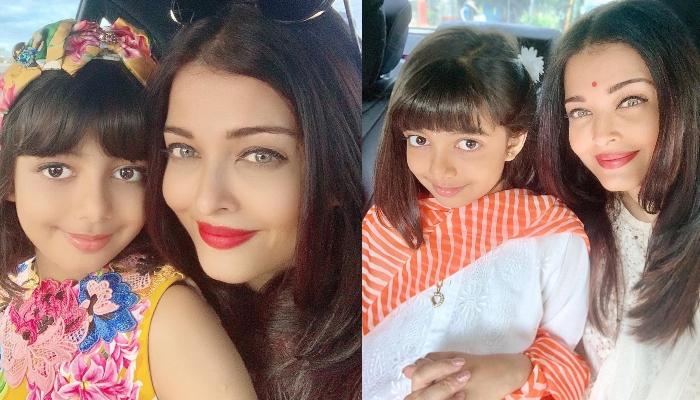 There is no greater pleasure than nurturing a little angel that looks an exact replica of yourself. A mother shares a beautiful bond with her little daughter as she is her biggest treasure. She is just a little girl who grows up to be your best friend. And an exactly