The family who swims together stays together! Aishwarya and Abhishek believe in this quote as they are currently celebrating their 12 years of togetherness amidst blue sky in the Maldives. Bollywood’s favourite couple, Abhishek Bachchan and Aishwarya Rai Bachchan have been giving us couple goals way before we knew anything about it. The duo never fails to make us gush with their snippets of romance even after twelve years of ‘happily ever after’. They redefined the idea of the modern family and Aishwarya became the bahu of the century! (Recommend Read: Sharad Malhotra Planned A Sweet Surprise For Ripci Bhatia On Their Sangeet, She Got All Emotional)

The couple exchanged wedding vows on April 20, 2007, in Mumbai, and in 2011, they became parents to a beautiful baby girl, Aaradhya Bachchan. In a throwback interview with the Hindustan Times, Abhishek had revealed the details of their love story. He had said, “I’ve never asked who fell in love first, actually. I’ll have to ask her that. But the moment we got together we knew this was it.”

Currently, the couple is celebrating their 12th wedding anniversary in the Maldives amidst beaches and blue sky. Recently, Abhishek treated his fans with a beautiful picture of his favourite girls, Aishwarya and Aaradhya enjoying the family time in the pool. He captioned the picture as, “Happiness My girls.” Check out the picture below:

In an interview with Famously Filmfare, Aishwarya had talked about the time when Abhishek first proposed her, and had shared, “I remember. During the shoot of Jodha Akbar's song 'Khwaja Mere Khwaja', sitting as a bride, and I am like, omg this is surreal, all happening on-screen, off-screen, this is bizarre and Ashutosh is like you are engaged and I am like what.”

Aishwarya had further shared about the sudden roka ceremony which she had no idea about. She had stated, “I didn't even know there's something called a 'roka' ceremony. We are South Indians, so, I don't know what a 'roka' is and suddenly there is this call from their house to ours; 'we are coming'. And we were like, okay. And I'm like, dad? He was like; it will take him one more day (to come). Abhishek was like 'we are all coming and I can't stop dad. We are on our way. We are coming to your place'. I'm like, 'Oh my God!' So, this 'roka' is happening with a call to my father, who is out of town.” (Also Read: Sharad Malhotra And Ripci Bhatia Are Married Now, Pics-Videos From Their Anand Karaj Ceremony Is Out)

In an earlier interview with Filmfare, Aishwarya had opened about her marriage and how time flew. She had said, “Oh my God, I can’t believe it. How time flies! The journey’s been like a blink of an eye. It’s great that time is flying by so quickly and we’re not feeling the years. That’s a great sign.” Aishwarya further revealed how the marriage has brought a good change in her and said, “In life, change is the only constant. It’s good to change. But it’s not something I’ll write home about. You have to be conscious about a change of phase in your life.”

She had further added, “Aishwarya further added, “You can’t just sail through everything and drift along. That means you’re not investing, you’re not experiencing, you’re not giving to it and taking back. You need to have that ‘exchange’ in all your relationships, be it with your parents, with your friends, your professionals, and most importantly marriage. Because it’s not just two individuals coming together. Rather it’s about two families coming together. It’s your lives that you’re sharing. There are strong influences. We’re equally aware and conscious of embracing each other’s side and today we’re one. Two people who marry and decide to spend their life together should have that kind of exchange. So I’ve chosen to lean on an exchange as opposed to change.” (Don't Miss: Kunal Jaisingh On Their 4-Month Anniversary, Can't Believe That Wife, Bharati Survived Him This Long)

Well, Aishwarya and Abhishek can never fail to impress us! 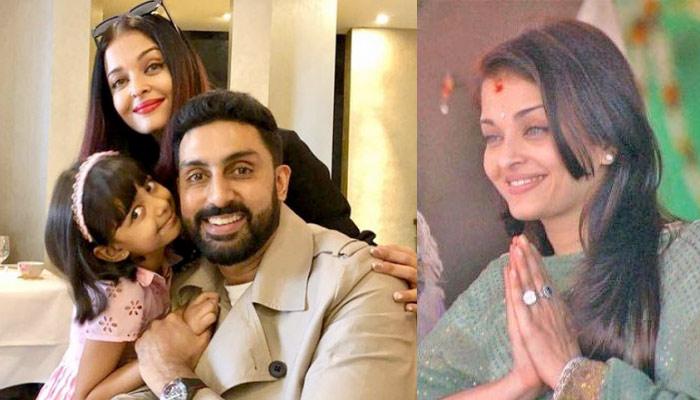