Aashka Goradia tied the knot with her handsome firangi boyfriend, Brent Globe on December 03, 2017, after dating each other for a short time span. Here she talks about her family planning! 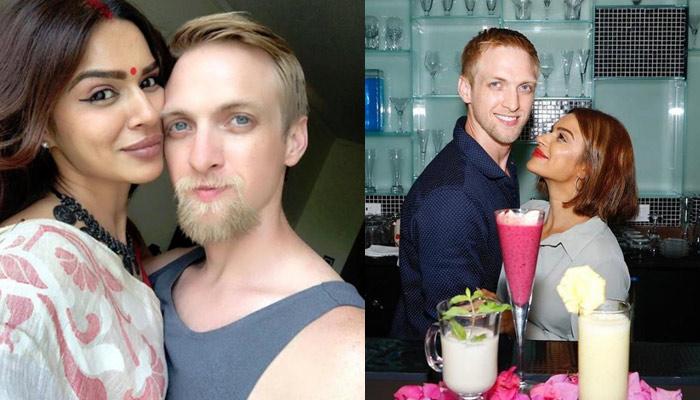 Kkusum, Kyunki Saas Bhi Kabhi Bahu Thi, Laagi Tujhse Lagan, Naagin, etc. actress, Aashka Goradia is everyone’s favourite on-screen. While she has been doing commendably well on her professional front, she is riding high on her personal life as well. Aashka Goradia tied the knot with her handsome firangi boyfriend, Brent Globe on December 03, 2017, after dating each other for a short time span. They had two weddings, one as per Hindu wedding traditions and the other according to Christian customs.

Sometime back, Brent took to his official Instagram handle and shared a lovely picture with Aashka. Along with it, he was all praises for her as the caption of the post could be read as, ““To gain sometime, you have to give something.” To sacrifice our time together was beyond difficult this last month. We didn’t truly realize the strength of the bond we created until we took some distance.” (You May Also Like: Divyanka Tripathi Dahiya Plans The Perfect 'Miss-To-Mrs' Bachelorette Party For Best Friend)

He further wrote, “While I was working internally on creating and preparing my Yoga Teachings, my wife was working tirelessly to set the field in which I would grow those teachings. I couldn’t be happier to be holding her in my arms again. No more sleepless nights of tossing and turning without each other. No more rushed phone calls between classes and engagements. No more facing challenging situations alone. Home again. Ready to begin a new chapter.” 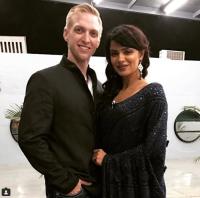 Now, in an interview with Bollywood Life, Aashka was asked about her upcoming projects, marital life and family planning. The actress was quoted as saying, "I'm happily married. Never been this happy in my life. My husband is very supportive so I'm as happy as can be." Further, when the interviewer asked her if she has motherhood in mind, Aashka chirpily replied, "We want to enjoy our marriage for some time. We have been married only for a year. We are just going to enjoy each other for some time, and then let's see." (Also Check: Sara Ali Khan Talks About Her Kartik Aaryan Crush Syndrome, Says 'Promise We Would Get Over This') 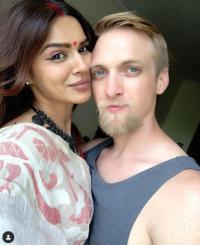 The Naagin actress will soon be back on the small screens with the show named Daayan. When she was asked if she has some fascination with the genre, Aashka shared, "That's the trend going on. Since people come back home after a busy life, they would like to go to a world they have never imagined. I wouldn't say I don't like them, because a lot of hard work goes into making a show that is not a reflection of society, its inspiration stems from imagination. It is super hard and challenging to make an imaginative show." 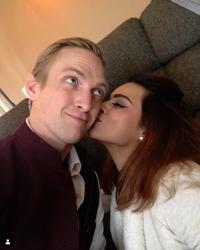 In an interview with The Humans of Bombay, Brent had revealed the first time he met Aashka and how love bloomed between them. He had shared, “2 years ago, she decided to fly down to Vegas. On her last night there, she told me later, she felt as though she had to go to Hakkasan - ‘something there was going to change her life.’ And there I was... waiting for my colleagues. When she walked in, I saw her & I just had to approach her. But when I did, she was cautious & cold. So, I kept on talking to her friend until she realised how approachable I was. I guess she couldn’t resist! At the end of the night, we exchanged numbers. Then she had to leave- it was one of those long goodbyes that just keeps you wanting more”. (Don't Miss: Sonali Bendre Opens Up On Her New Hair Cut Post-Cancer Treatment, Shares Her 'New Normal Makeover') 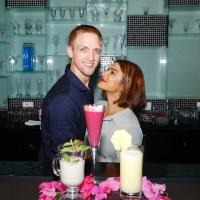 Brent continued, “We kept talking for a month until she decided to visit me again. I’d also just come out of a relationship then, so we were open to exploring this spark between us. She flew in & we spent the week together in Vegas- it was love. Immediately after, I left for Colorado to visit my family. I told my dad ‘I met someone.’ His reaction was ‘Really? Again?’ They wanted me to be cautious after my last heartbreak. But I assured them that they’d love her! So I brought her home to meet my parents. In the 1st 30 mins, my mom took her to our porch to chat & my dad said ‘Oh... she’s different.’ They saw it too!  Later, my parents told us that our relationship couldn’t be an ‘either/or.’ We had to be sure & there couldn’t be a backup. I thought about it- she has a great career, I couldn’t take her away from that!  Besides, why must it be the lady who has to move?”

He concluded by sharing the interaction he had with his in-laws and his proposal to Aashka. Brent had remarked, “So, I decided to move my life around- it was easy because at the end I got to be with her. It took me a month to get things in order. But I did it, & I don’t regret it. I flew down to India & met her family. I expressed my intentions, telling them that Aashka was it for me & they offered me a drink! I was now a part of this big loving family!” (Also Check: Alia Bhatt Reveals The 'Only Roka' In Her Life Amidst The Wedding Rumours With Beau Ranbir Kapoor)

Brent and Aashka make for a stunning couple together, what do you say guys? Do let us know!