Sara Ali Khan Talks About Her Kartik Aaryan Crush Syndrome, Says 'Promise We Would Get Over This'

Sara Ali Khan Talks About Her Kartik Aaryan Crush Syndrome, Says 'Promise We Would Get Over This'

All that glitters is not gold unless you are Sara Ali Khan, who knows her craft. Recently, everyone's favourite millennial star talked about her viral crush. So, take a cuppa coffee and scroll down! Little girls with dreams become women with vision, who know how to achieve it all! When 4-year-old, Sara Ali Khan dreamt of becoming an actor, she never knew how her career will shape. However, her will and determination to be on the big screen helped her achieve back-to-back hits in the form of Abhishek Kapoor’s directorial, Kedarnath and Rohit Shetty’s, Simmba. (Recommend Read: When Sisters Karisma Kapoor And Kareena Kapoor Glammed It At The Former's Mehendi (Throwback Video))

The 23-year-old actress won millions of hearts, even before her big Bollywood debut, when she first appeared on the celebrity chat show, Koffee with Karan season 6. It was the same show, wherein, she left everyone tongue-tied when she announced her crush on Sonu Ke Titu Ki Sweety fame actor, Kartik Aaryan. The entire world (including us) rooted for the duo to go on a coffee date 'as-soon-as-possible'! 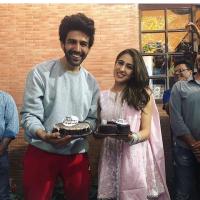 Recently, in an interview with Vogue magazine, the actress talked about her 'Kartik Aaryan crush syndrome', and shared, “If you knew all the thoughts I have but don’t do anything about, I promise we would get over this Kartik Aaryan thing.” (Also Read: Malaika Arora And Amrita Arora's Workout Pic Proves Sisters Who Do Yoga Together, Namaslay Together) 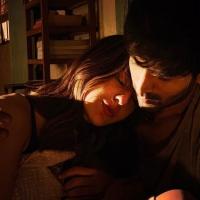 In the same interview, Sara also talked about her acting journey, and stated, “When I finally decided to join Bollywood, I wasn’t shocked. I didn’t think ‘Oh my god, I thought I’d be a lawyer but look what I am doing.’ I always knew.” With the decision came the physical transformation— swaying the scales from 96 to 55kgs. “When I decided that acting is what I wanted to do, I wasn’t going to let something like the way I look get in the way. It was just a year of hard work and a little bit of commitment. Honestly, the weight loss part wasn’t as hectic as one would think. I was just doing the right thing— earlier, I’d not move at all. I was like the laziest girl in the world.” 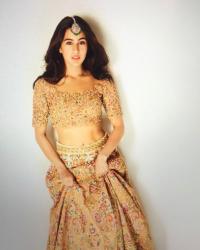 In an interview with Rediff.com, Sara had talked about her two big films, and had revealed, “The only thing I needed was to see myself on screen first. I understand that the opinions of my parents, friends, seniors, and audiences matter a lot. Seeing the appreciation, I feel a duty now. Your battles keep changing as there are new challenges. Now the challenge is not searching for acceptance. I have done Kedarnath and Simmba and I've worked hard, done my best and also received 80 per cent of praise. 20 per cent is good karma and they know I am a sweet person and they will not write me off.” 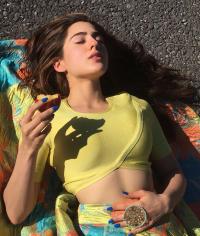 Sara had also talked about her success and how she is taking all the pressure of being a star, and had said, “I don’t think about stardom. I still wake up in the mornings and go to the gym, have my food and then go to work. That’s it. I don’t think about stardom. I went for a walk at the beach this morning. I don’t think it’s a big deal, it’s normal.” (Don't Miss: Sonam Kapoor On Father Anil Kapoor, Says I Was Always Given The Independence To Take My Decisions)

Well, we don't know about Sara but we definitely want to get more updates on their rumoured friendship!