Aamir Khan's daughter, Ira Khan has posted a few pictures with a mystery man by the name of Mishaal Kirpalani. Aamir Khan and his ex-wife, Reena Dutta have two kids- Junaid Khan and Ira Khan.

Bollywood is not just about films, box-office and the showbiz world. It's beyond these things and we often hear about various relationships and affairs. Celebrities date each other, and some of the couples go as far as tying the nuptial knot, and some end up in a breakup. But no matter what, the tinsel town is always about the play of various relationships and affairs. (You May Like: Fatima Shaikh Gives Kickass Reply To Link-Up Rumours With Aamir Khan And She's Absolutely Right)

It seems that Aamir Khan's daughter, Ira Khan is now privy to the same. Mr Perfectionist of Bollywood, Aamir Khan is a man who is revered by all. The Dangal actor took the nuptial plunge with film producer, Reena Dutta in the year 1986 and eventually separated in 2002. Together, the couple has two kids namely, Junaid Khan and Ira Khan. And just like their father, who is not often seen at the parties and events, Ira and Junaid also remain away from the spotlight. 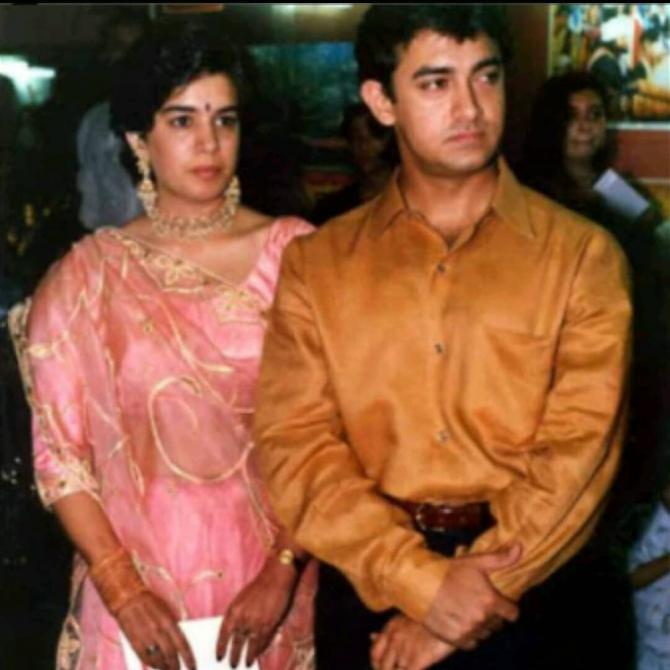 Ira Khan, however, it seems has decided to stir the pot. Her latest Instagram pictures prove so and have made it to the headlines. Ira Khan has posted pictures with a mystery man by the name of Mishaal Kirpalani. In the pictures, Ira and Mishaal are looking extremely happy together. (Don't Miss: Aamir Khan Shares How He Fell For Kiran Rao After Divorcing First Wife Reena Dutta, Video Inside) 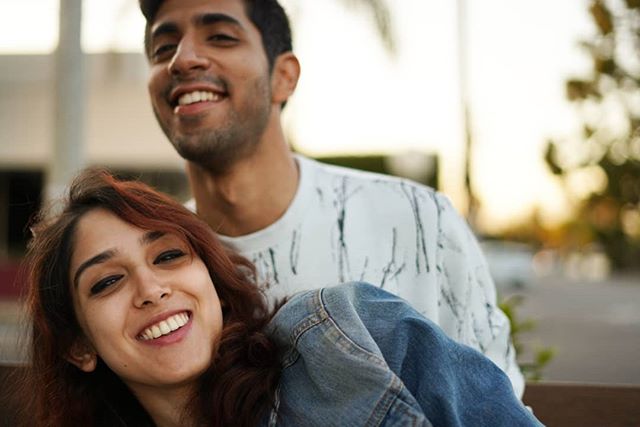 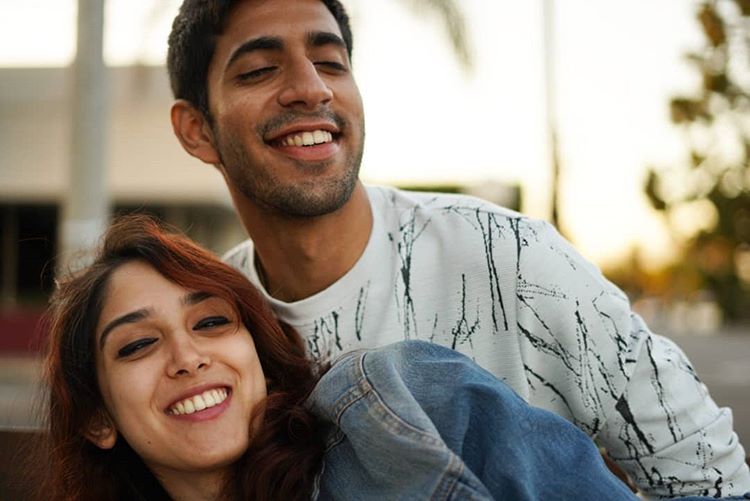 Ira Khan has captioned the above pictures with these words, "Hope your Spring Break was sunny and smiley as @mishaalkirpalani's, which of course, I piled onto." Now, this has left the netizens and her fans confused, and they have started questioning if Mishaal is her boyfriend. Take a look at the following screenshot:

We wonder if Aamir Khan will ever comment on his daughter, Ira Khan's relationship status. Aamir had once said that Ira is interested in film-making, so we might see her in the B-town soon? Speaking of which, Aamir Khan had recently talked about his son, Junaid Khan. Speculations were rife that Junaid is soon going to enter the film industry. (Also checkout: Aamir Khan Wrote A Letter With Blood For First Wife, Got Separated, Married His Assistant Director) Talking about the same, Aamir had commented, "I think it's up to him. He should lean his own life and take his own decisions. He is inclined to the creative side, he is doing theatre. He is very bright, but I am allowing him to follow his own path." The Thugs of Hindostan actor had further added, "I don't want to do a remake, but in case we see a film that can be remade, and he is appropriate for the role, then you never know." Aamir Khan is now married to Kiran Rao, and they have a son together- Azad Rao Khan, who was born through surrogacy. Talking about his wife, Kiran, Aamir had recently shared how Kiran helped him get out of his depression post-divorce with Reena. He was quoted as saying, "In that moment of trauma, her phone came, and I talked to her on the phone for half an hour. And when I put the phone down, I said, ‘My God! I feel so happy when I talk to her.’ It struck me in that instant that when I am talking to her I am so happy.” Aamir further shared his inclination towards strong women and said, “I like strong women - my first wife Reena and my second wife Kiran. I like people who are strong, I don't want to break them down like women and men." (You May Like: MS Dhoni's Daughter Ziva Screams At The Peak Of Her Voice To Cheer For Him Yesterday [VIDEO]) 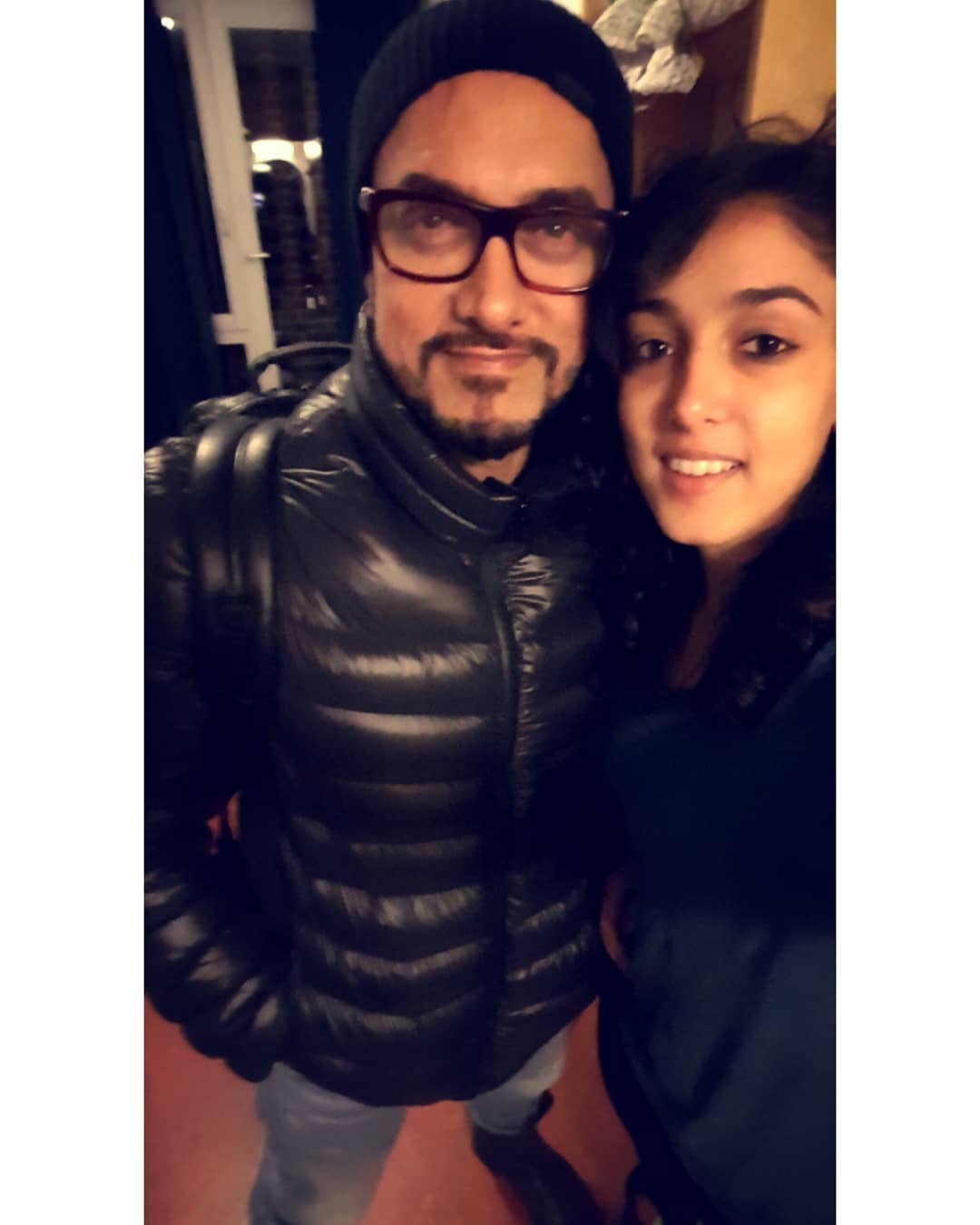 Aamir Khan's daughter, Ira Khan's pictures with Mishaal Kirpalani has already led to many conjectures. Stay tuned in here to know more about it.