MS Dhoni got married to Sakshi Dhoni on July 04, 2010 and their little daughter, Ziva was born on February 6, 2015. At an IPL match yesterday, Ziva lead to cheer for her papa. Checkout the video!

Daughters are every father’s little angel and there is no denying about that. If a father is every daughter’s first man, she is the apple of his eyes. Such is a relationship between Indian international cricketer, MS Dhoni and his adorable little munchkin, Ziva Dhoni. Dhoni got married to Sakshi Dhoni on July 04, 2010 and their little daughter, Ziva was born on February 6, 2015. (You May Also Like: Priyanka Chopra Dances To Kareena Kapoor's 'Tareefan' With Her Future Sister-In-Law, Sophie Turner)

In a throwback interview, M.S Dhoni had talked about his little daughter and how she  has changed him as a person with The Print. He had stated, “It is a very different feeling, and I personally find it very difficult to put it in words. It is more of an emotion, and I feel I have not really missed a lot of things in life, but after a while when I am outside, after a few days, I actually start missing Ziva. Not to the extent that it starts bothering my cricket and all, but it is the first time ever when I feel, maybe I should Facetime to see what she is really doing.” 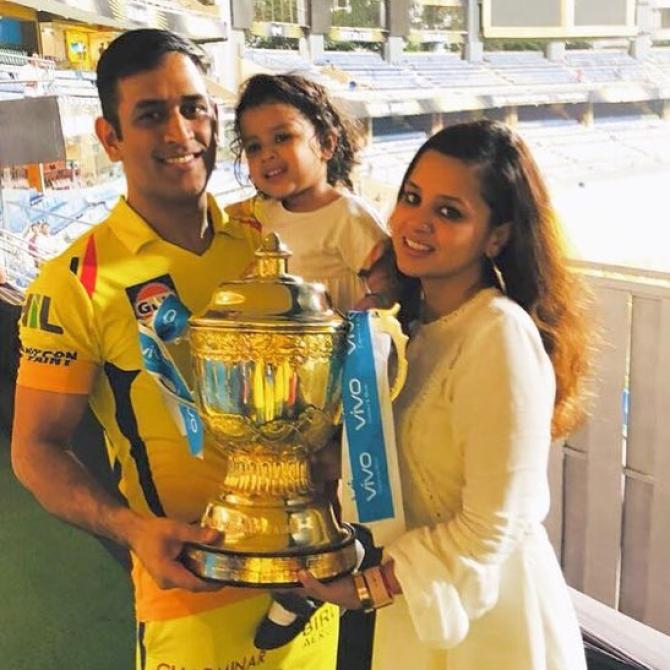 Indian Premier League, commonly known as IPL has begun and like always, with a bang. Yesterday, on March 27, 2019, the match was between Delhi Capitals and Chennai Super Kings. Chasing 148, CSK were given a strong foundation by Shane Watson (44) and Suresh Raina (30). The match took place at Delhi’s Feroz Shah Kotla stadium, and trust us, the entire area was echoing with the whistles and cheering of the viewers present there. But what caught everyone’s attention was MS Dhoni and Sakshi Dhoni’s little angel, Ziva Dhoni. Yes, the little Ziva took the lead to cheer for her papa, Dhoni, and screamed at the peak of her voice, “Go Papa.” Here are the videos:

In a media interaction with a leading portal, Dhoni had opened up about embracing fatherhood and had shared, “Your life does change with the kind of smile the baby gives you. She doesn’t care whether I play for my country or play for a good franchisee like Chennai. She wants to cry, she cries. It gives a very good feeling.” (Also Check: Huma Qureshi Is Dating Sushmita Sen's Ex-Boyfriend Mudassar Aziz? Details Inside) 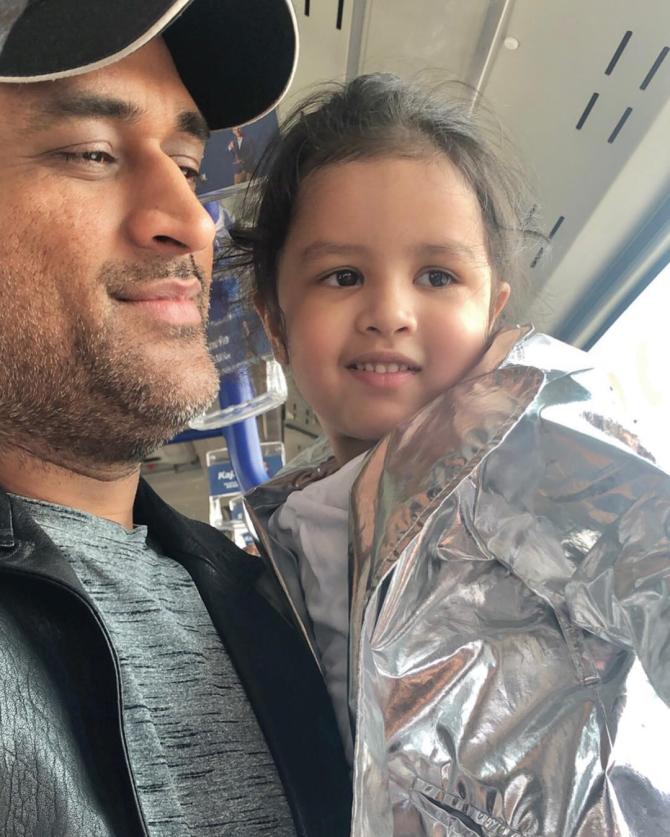 He had further added, “It gives a very good feeling. You know, the first willing hug from my daughter’s side came only in the last 15 days! I’m enjoying that and it’s actually a special moment — now she recognises me and tries to interact with me. But since she’s spent way more time with her mom, she often calls me ‘mama’ instead of ‘papa’! But I’ve somehow learnt to make my peace with that.” 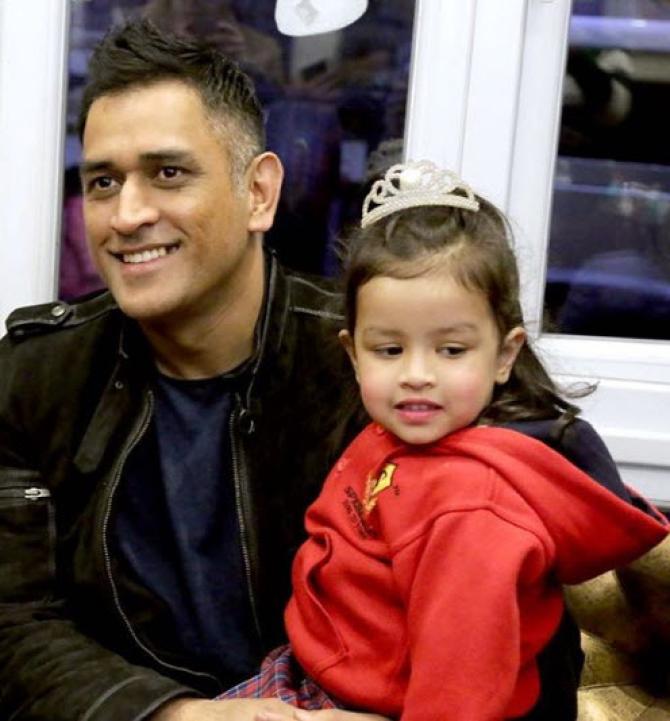 Dhoni had also talked about his daughter in detail and had revealed that her entry in his life has changed him as a person. The ace cricketer was quoted as saying, “I don't know whether it has changed me as a cricketer, as a person yes of course because daughters are very close to their fathers. In my case the problem is when she (Ziva) was born I was not there (three years ago), most of the time I was playing cricket, so everything bad somehow is thrown at me (to deal with).” (Checkout: Sonakshi Sinha Gives An Epic Reply To An Online Troll Who Asked Her To Get Married And Settle Down) He had also talked about his balancing act between work and family and had said, “I had a wonderful time with her (Ziva), she was there for the whole of IPL and one of her biggest requests used to be I have to go to the ground, that is lawn for her. And also there are a lot of kids in the team. I would get up by 1:30, 2:30 or 3 in the afternoon. Ziva is up by the time, she gets up by 8.30 or 9, has her breakfast, engages with everyone, starts playing... I feel it just relaxes us a bit more when the kids are playing with each other.” (Do Read: Sonakshi Sinha Bares Her Heart Out On Body Shaming, Says, 'Main Jaisi Hoon Vaisi Rahungi') 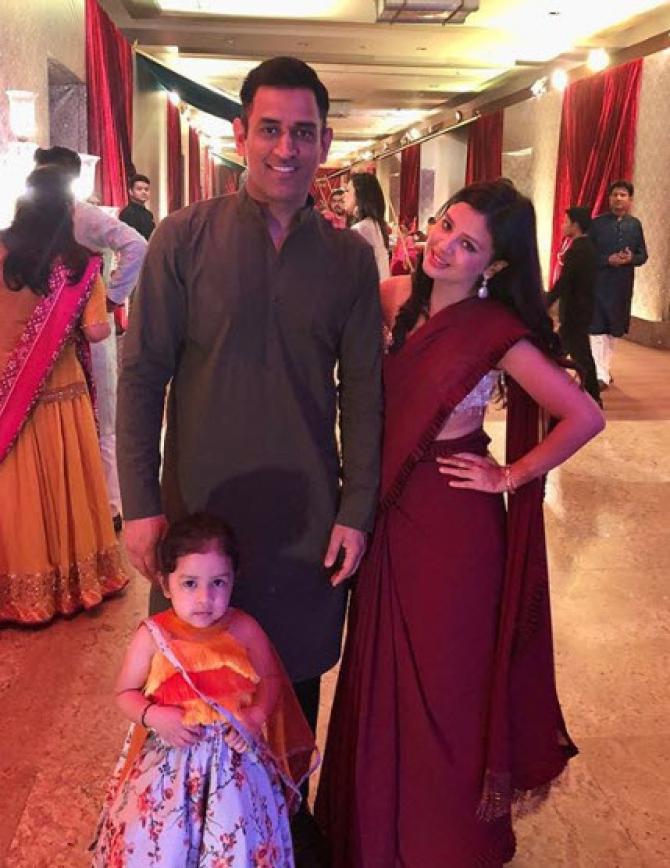 MS Dhoni and Sakshi Dhoni’s little cutie patootie, Ziva is so adorable and we can’t get enough of her!