As Anurag Kashyap turned 48 on September 10, 2020, his daughter posted IG stories to wish him on his birthday. Aaliyah Kashyap posted a screenshot of her video call with Anurag on his birthday. 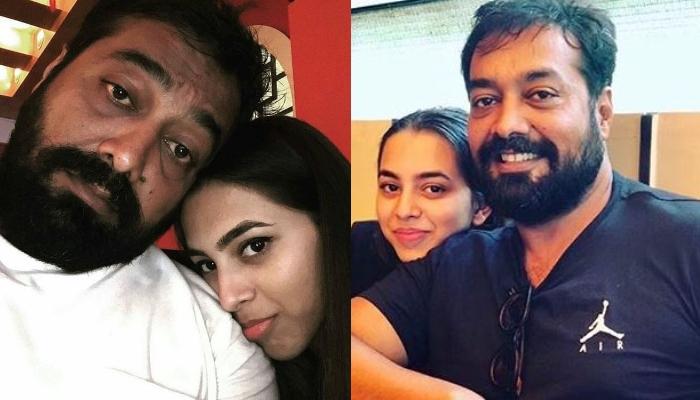 Beginning his career by writing a television series, Kabhie Kabhie in 1997, Anurag Kashyap had risen to prominence with Ram Gopal Varma's Satya, in which he was the co-writer. Then with two-part crime drama, Gangs of Wasseypur, Anurag became that director of the industry, whose every film, short film and web series is a Paisa Vasool one. Over his more than two-decade long career and some realistic pieces of cinema, Anurag has given a commendable Udaan to Bollywood. With some iconic films in his kitty, Anurag had stepped in the web platform too, and is known to keep his audience on the edge of their seat. (Also Read: Nisha Rawal Twins And Stuns In Black With Karan Mehra For Her Hubby Cheeks' Birthday Eve Celebration)

It was during his early days in Mumbai, when Anurag Kashyap had met the notable Bollywood film editor, Aarti Bajaj and had fallen for her much before making his mark in the industry. Aarti and Anurag were in a live-in relationship and had embraced parenthood in 2001 with a daughter, Aaliyah Kashyap. In 2003, Aarti and Anurag had tied the knot but four years into marriage, their relationship had hit the rocks. Aarti and Anurag had separated in 2007 and as per the reports, it was Anurag's depression due to the tough phase on his professional front that had become the prime reason behind his issues with Aarti. Two years later, in 2009, Anurag and Aarti were granted divorce. 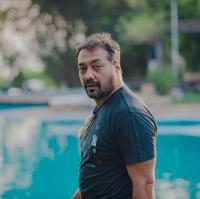 Despite the separation with Aarti Bajaj, Anurag Kashyap had never let it affect his relationship with daughter, Aaliyah Kashyap and their social media profiles are proof of the same. As Anurag turned 48 on September 10, 2020, his daughter posted IG stories to wish him on his birthday. Aaliyah posted a screenshot of her video call with Anurag on his birthday and wrote, “Happy birthday papa. Love you and miss you so much” atop it. Sharing a childhood picture as her next IG story, Aaliyah wrote, “See you soon hoepfully@anuragkashyap10” atop it. 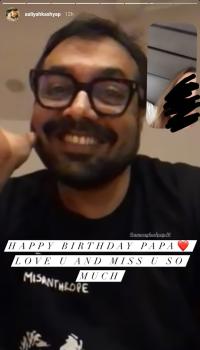 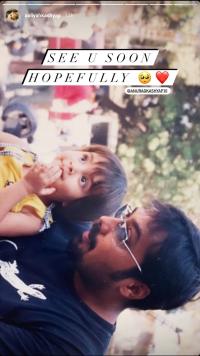 It was three years ago, on the same day i.e., September 10, 2017, when Aaliyah Kashyap had joined the photo and video sharing social networking platform, Instagram. Aaliyah had posted a selfie with Anurag Kashyap as her first post on Instagram, which also marked as a birthday post for her papa. Apologising for troubling him a lot and expressing her love for him, Aaliyah had captioned a goofy selfie with her papa as “Happy birthday papa. Sorry for torturing you so much all the time but i love you a lot. hope u had the best day in Toronto without me”. (Also Read: Mahhi Vij's Reaction When Jay Bhanushali Shows 'Too Much Herogiri' And Not Romance In Couple Dance) When Anurag Kashyap is not making films, he is spending quality time with his daughter, Aaliyah Kashyap. A few months ago, two videos of Anurag and Aaliyah had gone viral on the internet, wherein the father-daughter duo could be seen dancing. Anurag was perfectly trying to copy Aaliyah’s steps on the song before he had taken the lead, leaving his daughter in laughter. Another video that had gone viral showed the father-daughter duo lip-syncing a fun conversation. While the first one was captioned as "Omg! This Aaliya... Things that she makes me do", the next one had, "And Aaliya refuses to let go". And the final video had "I think this one was easier to do" written atop it.

With the ongoing debate, or rather war, in Bollywood on nepotism, Anurag Kashyap had voiced his opinion on the same when he was asked in an interview with NDTV about his reaction if his daughter, Aaliyah Kashyap expresses her wish to join the industry. Anurag had said, “She’s an adult, she has to choose, but definitely she has to learn. She can’t wake up one day and say ‘I want to be an actor’. If she wants to do it, she has to struggle for it and go and audition for it and win a role somewhere. I don’t think I write movies which are so urban where she will fit in. She’s an urban kid, she’s not a street kid like me.” (Also Read: Shoaib Malik Is Overwhelmed To See Son, Izhaan Mirza Malik, Thanks His Munchkin For The 'Best Title') 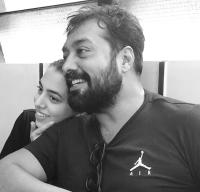 We wish a very happy birthday to Anurag!