Would you put your faith in the mysterious power of gemstones just like these Bollywood stars?

We're all fascinated by our favourite Bollywood celebrities, either by the work that they do or the way they live. Have you ever wondered what is it that helps them to believe in themselves and what they do? You might have noticed that many of the Bollywood celebrities wear ornaments with a gemstone in them. This is because a majority of the B -town stars have faith in gemstones and astrology. Different gemstones are bestowed with unique attributes and are also equipped with peculiar energies and powers. The Bollywood stars understand the significance of gemstones and hence invest in certified and premium quality stones. A gemstone has different effects on different people. However, the power of such stones is said to affect only those, who certainly believe in them. It takes time for changes to happen in your life after wearing the gemstone, usually a couple of months.

Usage of gemstones in astrology states that there is a correlation between gems, planets, and zodiac signs. This is the reason for each planet being linked with a primary and sometimes a secondary gemstone. For example, ruby for Sun, green emerald for Gemini and Virgo, etc. Not to mention, different properties of gemstones have different impacts. Hence, astrologers also take into consideration these properties which include chemical element, mineral family, colour, hardness, crystal system, and a few more.
Here are celebrities, who wear gemstones to placate their stars and excel in their ventures: 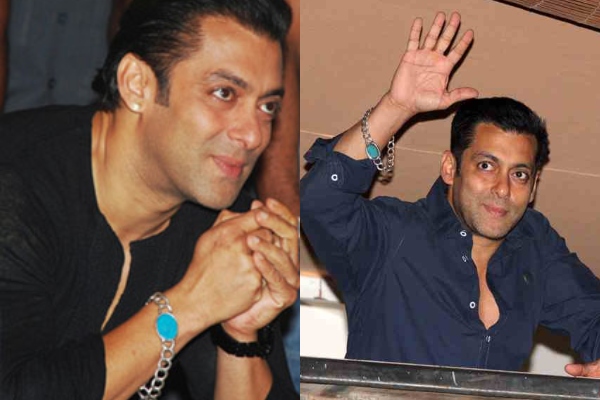 A turquoise stone set in a simple yet thick silver-coloured metal chain is a constant part of Salman Khan's fashion statement. We can hardly recall him without his bracelet. Many of Salman's fans believe that this turquoise gemstone bracelet is one of the major reasons for his success. With this, Salman Khan himself has mentioned in several interviews that the bracelet is a gift from his father, Salim Khan, to him. He considers this accessory as a good luck charm and never takes it off irrespective of any of his attires and looks. 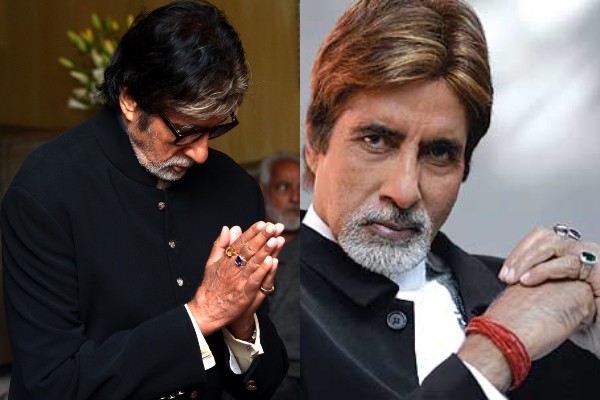 It is said that when Amitabh Bachchan was facing a downfall in his career and business, he decided to take advice from an astrologer. The astrologer suggested that he should wear rings with a combination of opal, blue sapphire, and emerald. These gemstones represent the strong trinity of Venus, Mercury, and Saturn. On understanding the attributes of these stones, Mr Bachchan began to wear these rings and is never spotted without them. For a fact, over the period of time, we all saw how his business started getting stable, how he started finding new avenues to invest in, and how his career got back to normal. Amitabh Bachchan himself, explains how these gemstones have helped him celestially.

Recommended Read: Why Engagement Rings Are Always Worn On The Fourth Finger Of Left Hand? There's A Logic Behind This 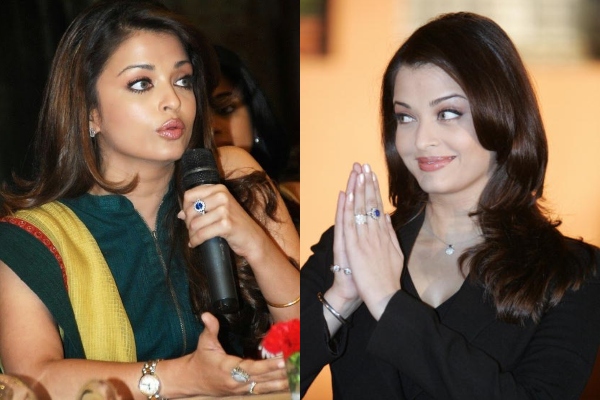 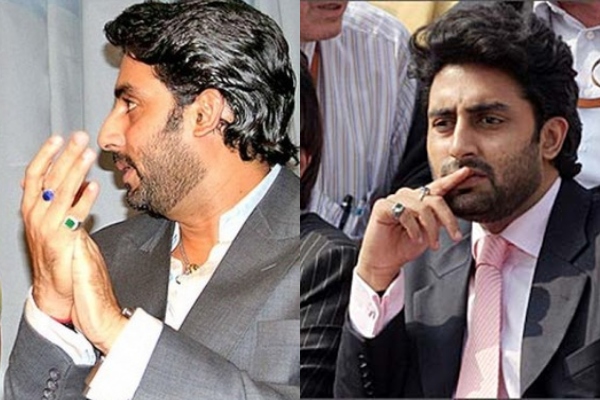 Being the son of Amitabh Bachchan, who is the biggest B-town celeb, comes with certain advantages and opportunities. But, when we talk about the early career of Abhishek Bachchan, he has often mentioned how he approached many producers and directors but yet nothing worked in his favour. He has always struggled to find steadiness in the industry. But, if we fast-forward it to now, things are different for him. The actor is seen wearing two rings, one with a blue sapphire and the other with an emerald. It seems like these gemstones have helped in bringing about a change in Abhishek's life. Bebo never forgets to wear her Red Coral ring. Be it in events or movies, you’ll notice that she never takes this ring off her finger. The gemstone Red Coral is for planet Mars and is said to have powers that magnify your career growth and success. Going by her record of consecutive hit movies and stable personal life, the ring seems to have been bringing all the good fortune that she needs. 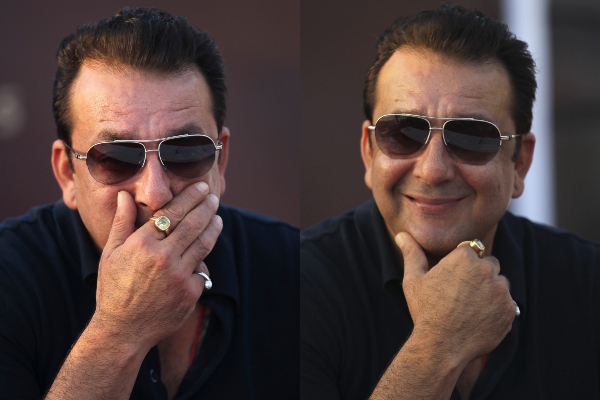 The actor is known for his unstable lifestyle, controversies, and innumerable ups and downs in his career. His life story was worth being shown and known, which is why the movie, Sanju was filmed and released. Considering the challenges and phases that Sanjay Dutt had to go through, the one thing that he has never sidelined is wearing his yellow sapphire ring. He seems to have a strong belief in this gemstone and hence wears it wherever he goes.

Recommended Read: Jewellery Essentials For Hands And Arms That Give Bride A Princess Look On Her Wedding Functions Ekta Kapoor owns multiple gemstone ornaments. She is seen wearing a couple of gemstones, right from Pearl to Red Coral to Emerald to Yellow Sapphire and a few more. She is a strong believer in gemstones and their power. These stones have bestowed her life with abundant wealth and success over the period of time. Ekta Kapoor herself, admits that these gemstones have been a major contribution to her life. 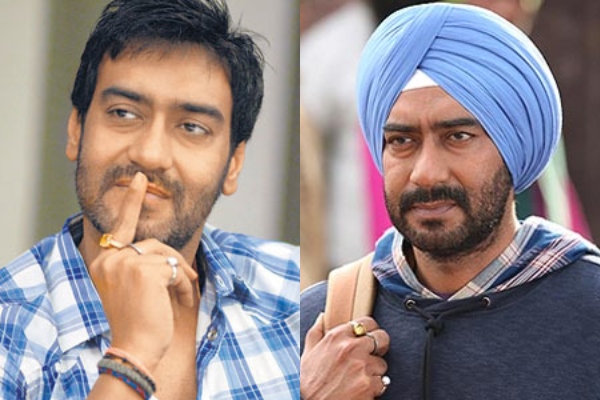 Ajay Devgn, fondly known as 'Singham', always wears a yellow sapphire ring. Before his recent success in the industry, the actor faced a lot of problems in finding work and excelling in the same. There was a time when his career wasn’t heading in the right direction. However, with his belief in the gemstone, there has been quite a change in his life. It's his personality that makes him so different from the others. It took a very long time for Emraan Hashmi to reach where he is now. He is known for his romance in movies and is particularly called a serial kisser. If you go to notice, you’ll find Emraan wearing four gemstone rings. He’s often spotted wearing a yellow sapphire ring and a red coral ring. Other than these, he also seems to own an opal ring and a ruby ring. Wearing multiple gemstones requires immense trust in their power and attributes. Looks like these stones have been working pretty well for the actor. 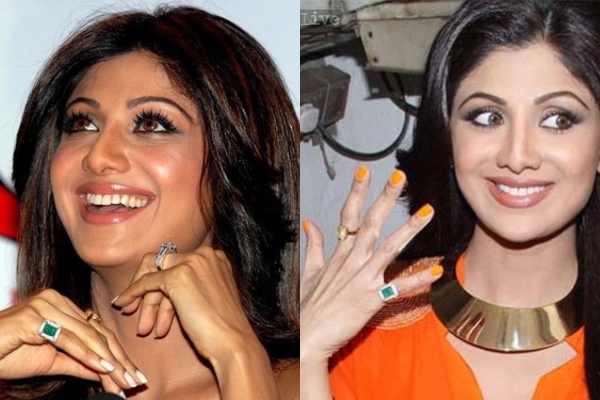 Shilpa Shetty Kundra has mentioned in quite some interviews that she owes a lot of her success to the gemstones that she wears. She once stated that it was her mother, who suggested her to carry a gemstone ring which is why she started wearing an emerald ring.

Apart from these Bollywood celebrities, many other stars like Shahrukh Khan, Sonu Nigam, etc. wear gemstone ornaments and believe in them. So now you know what is it that helps these celebrities to embrace goodness and positivity in their lives and also helps to push the negativities away. It’s important to understand every gemstone in detail before deciding on the one that will benefit you. Other than this, gemstones bring immense good luck and can turn things in your favour but one needs to be patient.