Former Indian cricketer, Zaheer Khan has bowled quite renowned cricketers on the field. However, in his personal life, he had thrown a no-ball to one actress and had then met the girl of his dreams.

The history and love story involving cricketers and Bollywood celebrities knows no bounds. Over the years, we have seen stars from both industries have a connection or a love affair with each other. Both cricket and the entertainment industry has been witness to many relationships. However, there are some couples, who have dated each other for a long time and eventually tied the marital knot, whereas some just parted ways as their relationship could not survive the test of time. From Sharmila Tagore - Mansoor Ali Khan Pataudi to Virat Kohli - Anushka Sharma, in recent times, we have seen a lot of examples of successful relationships amongst celebrities from both industries.

Zaheer Khan, who was India's former fast bowler, had cleanly bowled the biggest of the batsmen in the field with his bowling. However, the cricketer had thrown a no-ball to one of the popular actresses back in 2012. Despite his successful career in cricket, Zaheer's love life had seen a lot of ups and downs as he had broken up with actress, Isha Sharvani after dating her for eight long years. But as they say, that everything happens for a reason, Zaheer Khan, later on, found the love of his life in Chak De! India fame, Sagarika Ghatge and had walked down the aisle with her in the year 2017. As per media reports, Isha Sharvani and Zaheer Khan had met at a function in 2005, and after their first meeting, the duo became quite good friends. Slowly the friendship had blossomed into love, and as both Zaheer and Isha had mutual feelings, they had proposed love to each other. After that, they had dated for eight long years and this is considered to be Zaheer's one of the longest affairs. In those days, the Kisna: The Warrior Poet actress, Isha Sharvani was often seen cheering for Zaheer Khan in the cricket stadium, and they were also spotted partying together or going out for dinner dates.

Zaheer Khan was also in a live-in with Isha Sharvani 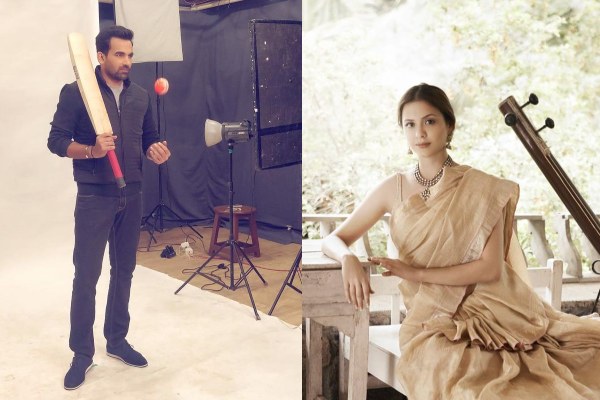 After a long affair, the duo had decided to move in with each other and had started living together. Both Zaheer Khan and Isha Sharvani had made their relationship official, and rumours of their wedding were doing the rounds. In fact, during the 2011 World Cup, the news of their wedding was rife, but destiny had something else in store for them. As the couple broke up with each other, their millions of fans were left disappointed when they had parted ways. 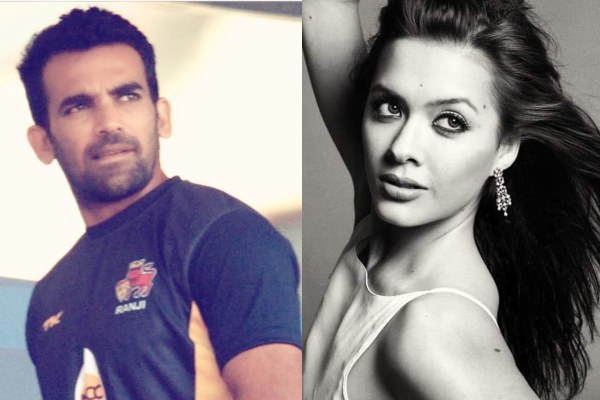 After being in an eight-year-long relationship and making it official for their fans, everyone had thought that Isha and Zaheer would tie the marital knot soon, however, the truth was something else. On the one hand, their serious relationship had gone to the level of fuelling speculations related to an impending wedding, on the other hand, there was a rift between them. In 2012, Isha herself confirmed the news of their breakup in an interview. Though she had remained tight-lipped about the reason for their breakup, she had said that she still considers Zaheer Khan as her good friend. After going through a rough patch in his previous relationship, Zaheer Khan found love in actress, Sagarika Ghatge. Not much is known about when they had started dating, as the much-in-love couple was extremely private about their personal lives, and the duo has rarely spoken about their relationship in public. Sagarika and Zaheer's love story is nothing less than a fairy tale. According to sources, Zaheer Khan was busy with his cricket career, whereas Sagarika was pursuing her career in acting. The two had met at a common friend's place and struck a chord. As the duo gelled well in their very first meeting, they became good friends and this chapter of catching up with each other never ended. Gradually Sagarika and Zaheer had started dating each other, and who knew it would turn out to be such a dreamy love story! From being two people, who had met at group outings, owing to their mutual friends, to romance blossoming between them and living their happily ever after, Zaheer and Sagarika's love story is awe-inspiring.

Suggested Read: 7 Famous Bollywood Actresses Who Dated Cricketers But Never Got Married To Them

When Zaheer Khan and Sagarika Ghatge made their relationship public 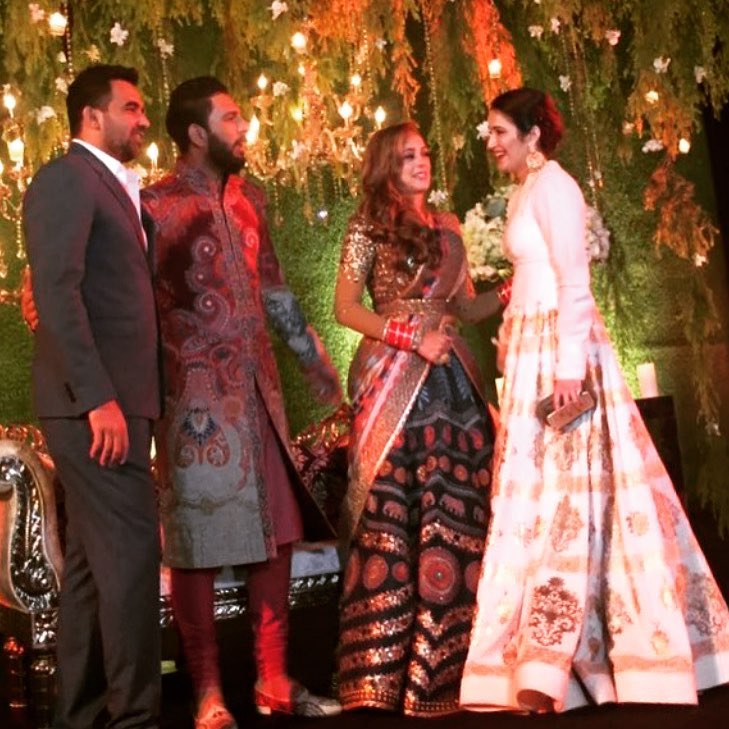 Though dating rumours of the couple were doing the rounds in the media, both Zaheer and Sagarika had chosen to maintain a dignified silence on this matter. However, it was at cricketer, Yuvraj Singh and actress, Hazel Keech's wedding that the duo had made their first-ever public appearance as a couple. As per reports, the couple had dated for somewhat nine months, and when they thought that everything was sorted, they had made their relationship official. Zaheer had also taken to his Twitter handle to make his relationship official.

Zaheer Khan and Sagarika Ghatge got engaged in 2017 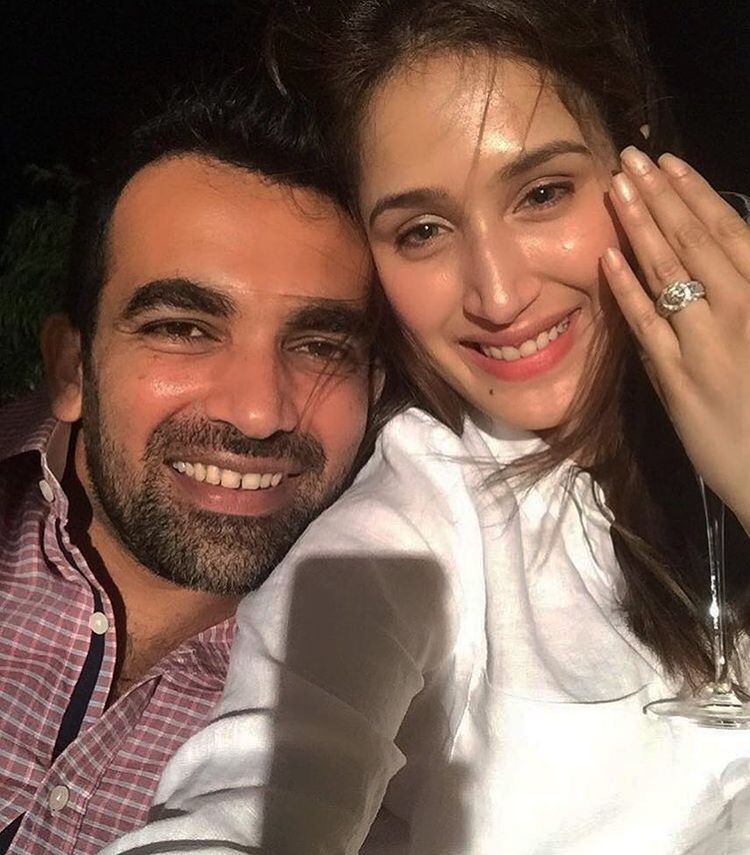 It was during the Indian Premier League (IPL) 2017 edition that Zaheer Khan and Sagarika Ghatge had decided to get engaged and had taken to their respective social media handles to announce the news of the same. Sagarika had posted a cute picture, flaunting her diamond ring and had written "Partners for life. #engaged" atop it. On the other hand, Zaheer had posted the same picture and had written, "Never laugh at your wife's choices. You are one of them. Partners for life!! #engaged @sagarikaghatge"

When Yuvraj Singh's wife and Sagarika's BFF, Hazel Keech had come up with the perfect quip 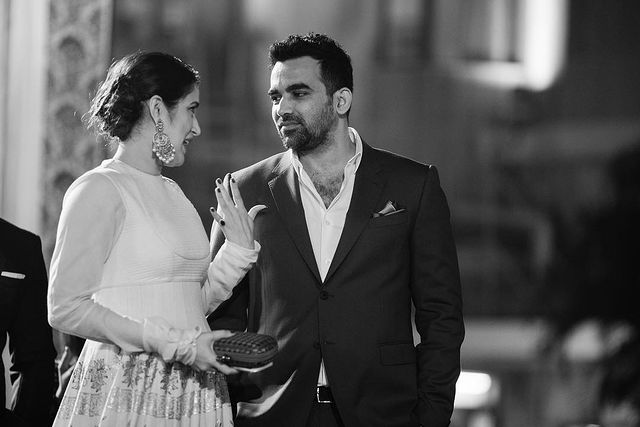 On December 14, 2017, Sagarika's BFF and cricketer, Yuvraj Singh's wife, Hazel Keech had shared a picture of Sagarika Ghatge and Zaheer Khan, and the caption to it, had described the bond that the couple shares perfectly. The caption to the picture could be read as "#tbt to when she told him “if you like it then you shoulda put a ring on it....” and so he did (a year later and I’m finally going through our wedding photos...) @zaheerkhan_34 and @sagarikaghatge." On November 23, 2017, Sagarika and Zaheer had embarked on their happily ever after journey. Unlike other celebrities, the duo had decided to keep their wedding within closed circles and had opted for a court marriage. The internet was flooded with pictures from their wedding photoshoot. The beautiful actress, Sagarika Ghatge had looked drop-dead gorgeous in every regal outfit, and Zaheer had bowled quite a few hearts with his suave looks, just like he used to do it to knock the bails off the stump. 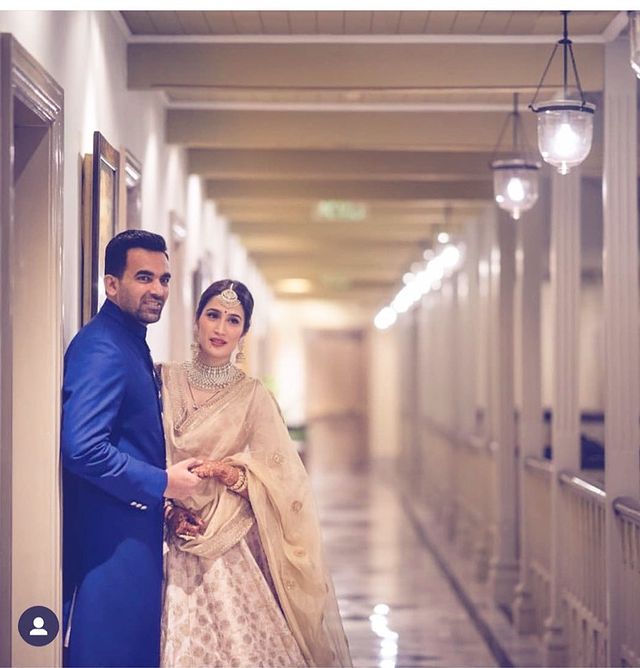 Contrary to their low-key private wedding ceremony, Zaheer and Sagarika had thrown a gala wedding reception for their friends from the industry. It was a star-studded evening as celebrities from the world of Bollywood and cricket had made their way and had blessed the then-newly married couple. The wedding reception was held in Mumbai, and Virat Kohli, Anushka Sharma, Sushmita Sen, Sachin Tendulkar, Yuvraj Singh, Hazel Keech, and many more celebrities had embraced the evening with their presence. 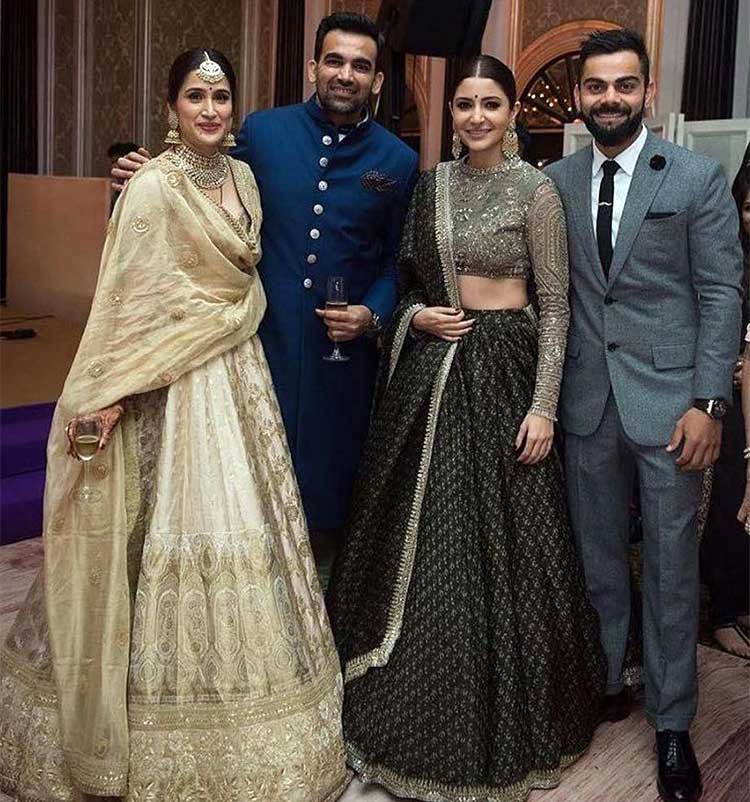 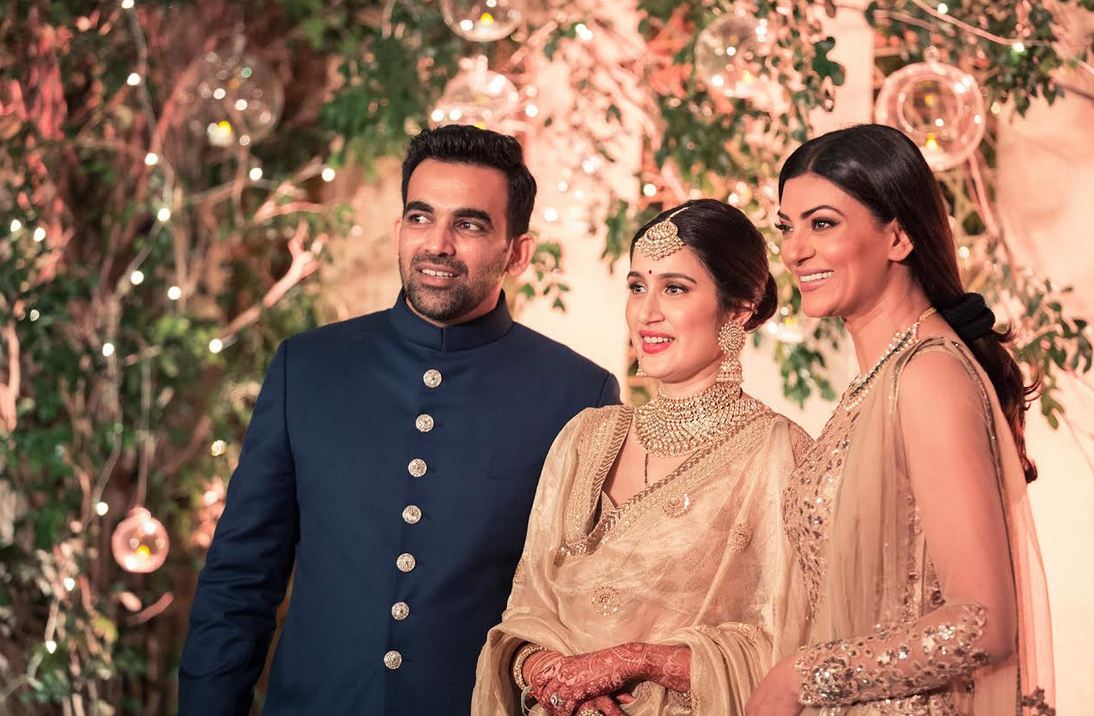 Therefore, Zaheer Khan, who had faced a setback in the earlier part of his life, when his eight-year-long relationship had broken, achieved his happily ever after with the girl of his dreams as he found love in the Chak De! India fame, Sagarika Ghatge. On the other hand, Sagarika, who had played the role of Preety Sabharwal in the iconic movie and had a cricketer boyfriend in the movie, found love in the cricketer, Zaheer Khan in real life too.

Suggested Read: Raza Murad's Love Life: From Getting Bitten By A Girl On Nose To His Marriage With Shahruk Murad 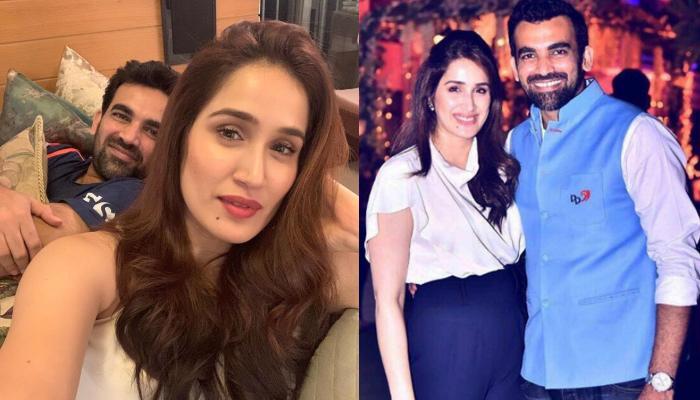