Yuvraj Singh has announced his retirement from all formats of cricket. Yuvraj Singh's wife, Hazel Keech has shared an emotional post on Instagram. Yuvraj's ex-GF, Kim Sharma has commented on the same.

On October 03, 2000, a 19-year-old lad had come into batting for India against Kenya. Little did anyone know that this guy would go on to play for India for almost 2 decades. We are talking about Yuvraj Singh, who has not only mesmerised us with his superb batting all these years but also with his quirky and ambivalent bowling spells. But sadly, the saga has ended today. (Suggested Read: Anushka Sharma Praises Virat Kohli's Gesture Of Asking Fans Not To Shout 'Cheater' At Steve Smith)

Yuvraj Singh today, on June 10, 2019, announced his retirement from all forms of cricket, and in an emotional speech, he admitted that it has been a 'love-hate relationship' for him, running between the 22 yards for 22 years! While we are sad about his retirement, we must never forget the legacy that he has left behind for the Indian cricket and who can forget his spell bounding knock in the World Cup 2011? 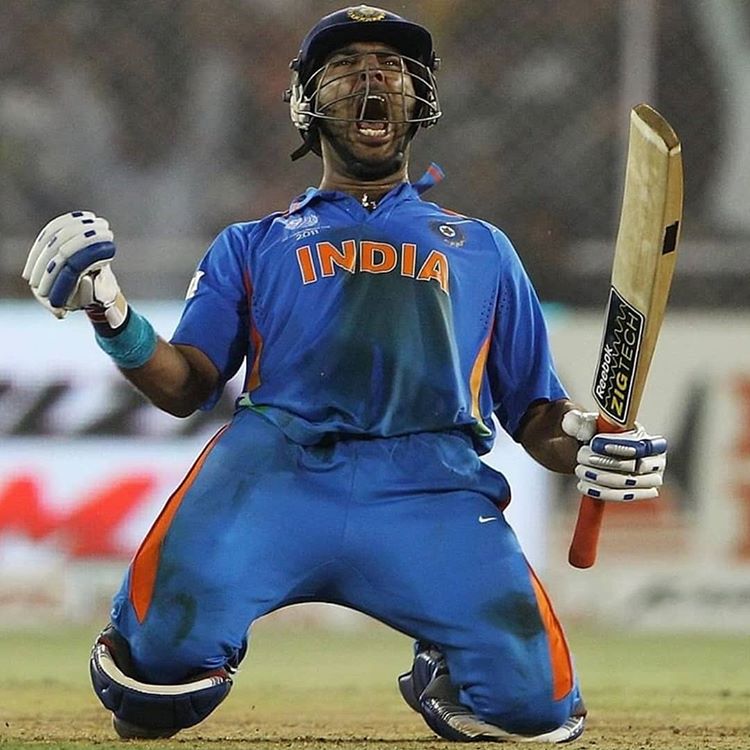 Yuvraj Singh's retirement news is trending on social media and his fans are making emotional videos, memes and vines on this legend. Yuvraj Singh's wife, Hazel Keech's post after her husband's retirement is something which will make you more emotional. Sharing the following picture from his retirement speech, Hazel Keech has captioned it as, "And, with that, its the end of an era. Be proud of yourself husband, now onto the next chapter.... love you @yuvisofficial." Undeniably, an era has ended today! 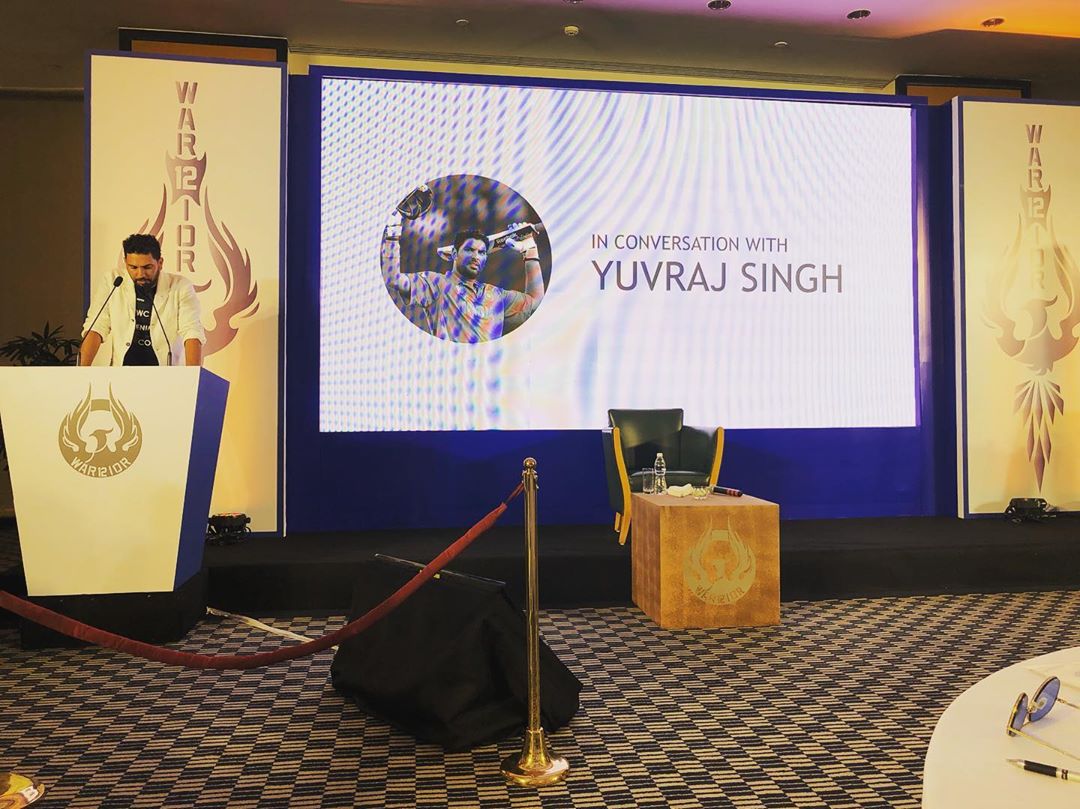 And guess what? Among the many celebrities who have commented on Hazel Keech's post, the one which caught our attention the most was from Yuvraj Singh's ex-girlfriend, Kim Sharma. Kim Sharma commented on Hazel Keech's post, "Shine brighter you lovely duo." For the uninitiated ones, it must be noted here that before his marriage with Hazel, Yuvraj was rumoured to be dating Kim Sharma and in fact, he was alleged to be in relationship with Bollywood actress, Neha Dhupia too. Take a look at Kim Sharma's comment: 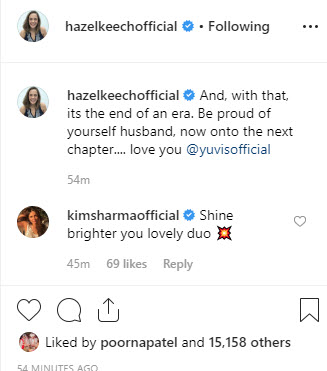 Yuvraj Singh's retirement speech had made us all emotional. From the dais, he was quoted as saying, "I would say I am extremely lucky to play 400-plus games for India. I would've not imagined doing this when I started my career as a cricket. Through this journey, some matches that remain in my memory are - the 2002 NatWest series final, my first Test hundred in Lahore in 2004, the 2007 Test series in England, of course, the six sixes and the 2007 T20 World Cup. And then the most memorable one was the 2011 World Cup finals." 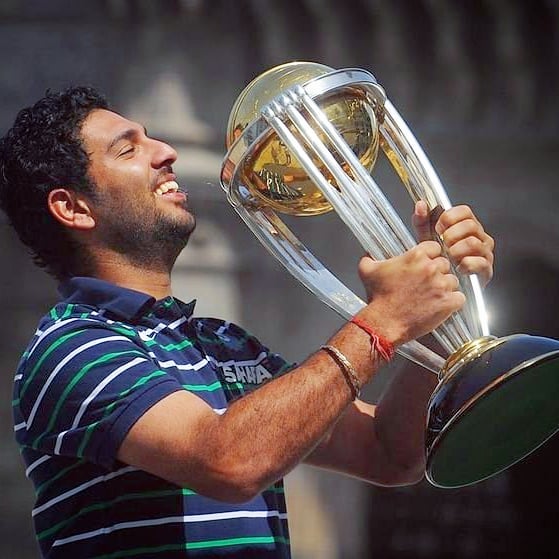 Coming back to the awesome couple, Hazel Keech had turned 32 on February 28, 2019, and the doting hubby, Yuvraj Singh didn’t leave any stone unturned to make it extra special for his ladylove. Hazel had shared the following pic on her Insta handle, and had thanked her hubby, “I turned 32 yesterday and I’ve had the best birthday yet! I haven’t felt so loved and cherished as I did with all you beautiful people around. And its all down to my loving husband who sneakily made the plan messaged you all without my knowing!!! Thank you @yuvisofficial I’m grateful for the love and the friendship I’ve found #blessed #loved #truefriends ps legend ashish nehras fingerprint!” (Must Read: Sameera Reddy Shuns Trolls In An Epic Way Who Fat-Shamed Her For Flaunting Baby Bump On Her Babymoon) 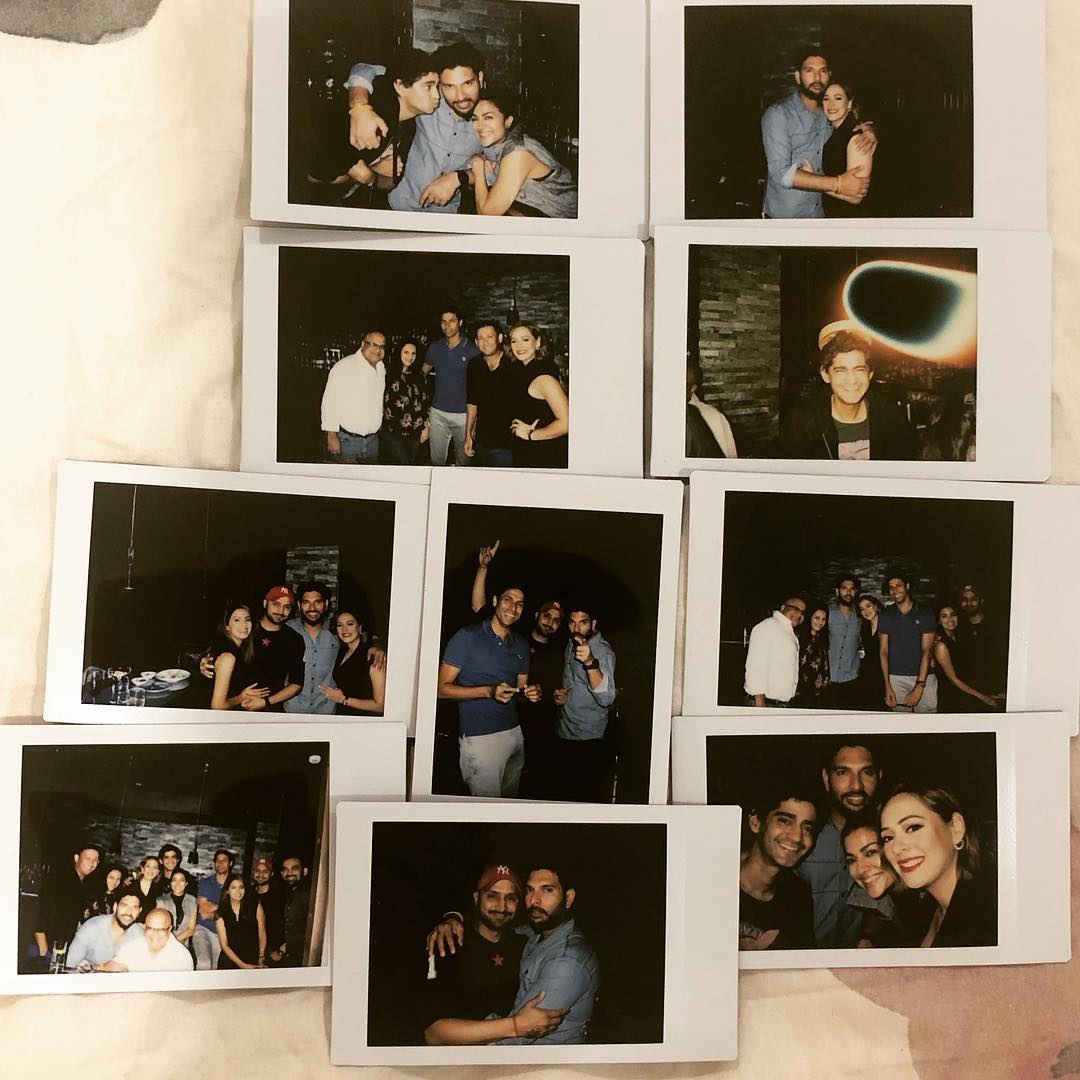 Recently, on the occasion of Valentine’s Day on February 14, 2019, Hazel Keech had asked hubby, Yuvraj Singh to be her Valentine on social media. She had written, “Will you be my Valentine, now and always? Everything is better when we are together! @yuvisofficial.” Yuvraj and Hazel's social media PDA is always on point. For example, on November 30, 2018, Yuvraj Singh and Hazel Keech had celebrated their 2 years of togetherness. Sharing a picture with his ladylove on their second anniversary, Yuvraj had written, “We made it to 2 years pulling each other’s leg, standing up for each other in good and bad times! Many more to go, happy anniversary.” And Hazel had shared another picture and had captioned it as, “My partner in life and my partner in fighting Crime. These two years have taught us how to stick together through good times and bad.” 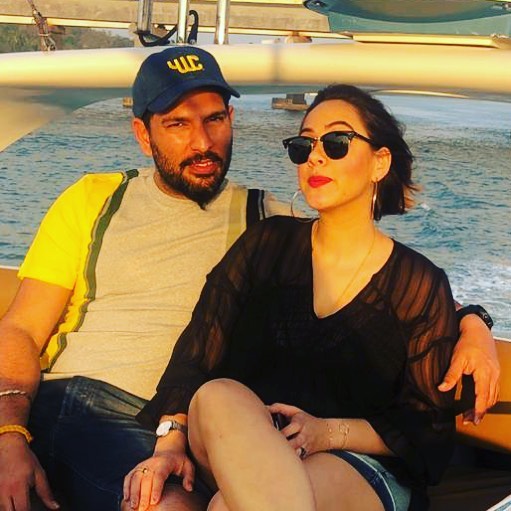 Yuvraj and Hazel had come on The Kapil Sharma Show in the year 2016. A source had then shared their love story with a media portal before the episode had even aired on TV, “He (Yuvraj) revealed that for the first three years, he kept trying to get her to meet him for coffee. She would agree every time he messaged her, but on the appointed day, she would switch off her phone and not turn up.” It's been almost 3 years since their marriage (November 30, 2016). Do you know that reportedly, Hazel Keech was speculated to be pregnant recently? When an online tabloid got in touch with Hazel, she had replied, “I am great, but just a little embarrassed because each time I put on a little weight, the reports say I am pregnant. This is like the 3rd or 4th time. Trying to have a normal life is hard.” (You May Like: Priyanka Chopra Gets Emotional On Father's 6th Death Anniversary, Nick Jonas And In-Laws Respond)