Yuvraj Singh and Hazel Keech have been giving major relationship and marital goals ever since they got married on November 30, 2016. Every special day of theirs becomes extra memorable and the two never shy away from posting cutesy pictures and videos about each other. Hazel Keech turned 32 on February 28, 2019, and the doting hubby, Yuvraj Singh didn’t spare an effort to make his lady-love feel special. (You May Like: Kriti Kharbanda Moves In Alleged Boyfriend Pulkit Samrat's Building, Details Inside)

Yuvraj Singh, along with Harbhajan Singh and his wife Geeta Basra, Zaheer Khan, Ashish Nehra, actor Ashish Chaudhary, TV presenter, Gaurav Kapur, among other friends were present at Hazel Keech’s 32nd birthday bash. Sharing the following posts from the bash on his Instagram handle, Yuvraj wrote, “About last night who made @hazelkeechofficial bday special! friends who matter the most were there! We all love you hazel.”

Hazel Keech, on the other hand, shared the following pic on her Insta handle, thanked her hubby, Yuvraj and wrote, “I turned 32 yesterday and I’ve had the best birthday yet! I haven’t felt so loved and cherished as I did with all you beautiful people around. And its all down to my loving husband who sneakily made the plan messaged you all without my knowing!!! Thank you @yuvisofficial I’m grateful for the love and the friendship I’ve found #blessed #loved #truefriends ps legend ashish nehras finger print!” Recently, on the occasion of Valentine’s Day on February 14, 2019, Hazel had asked Yuvraj to be her Valentine on social media. She had written, “Will you be my Valentine, now and always? Everything is better when we are together! @yuvisofficial.” 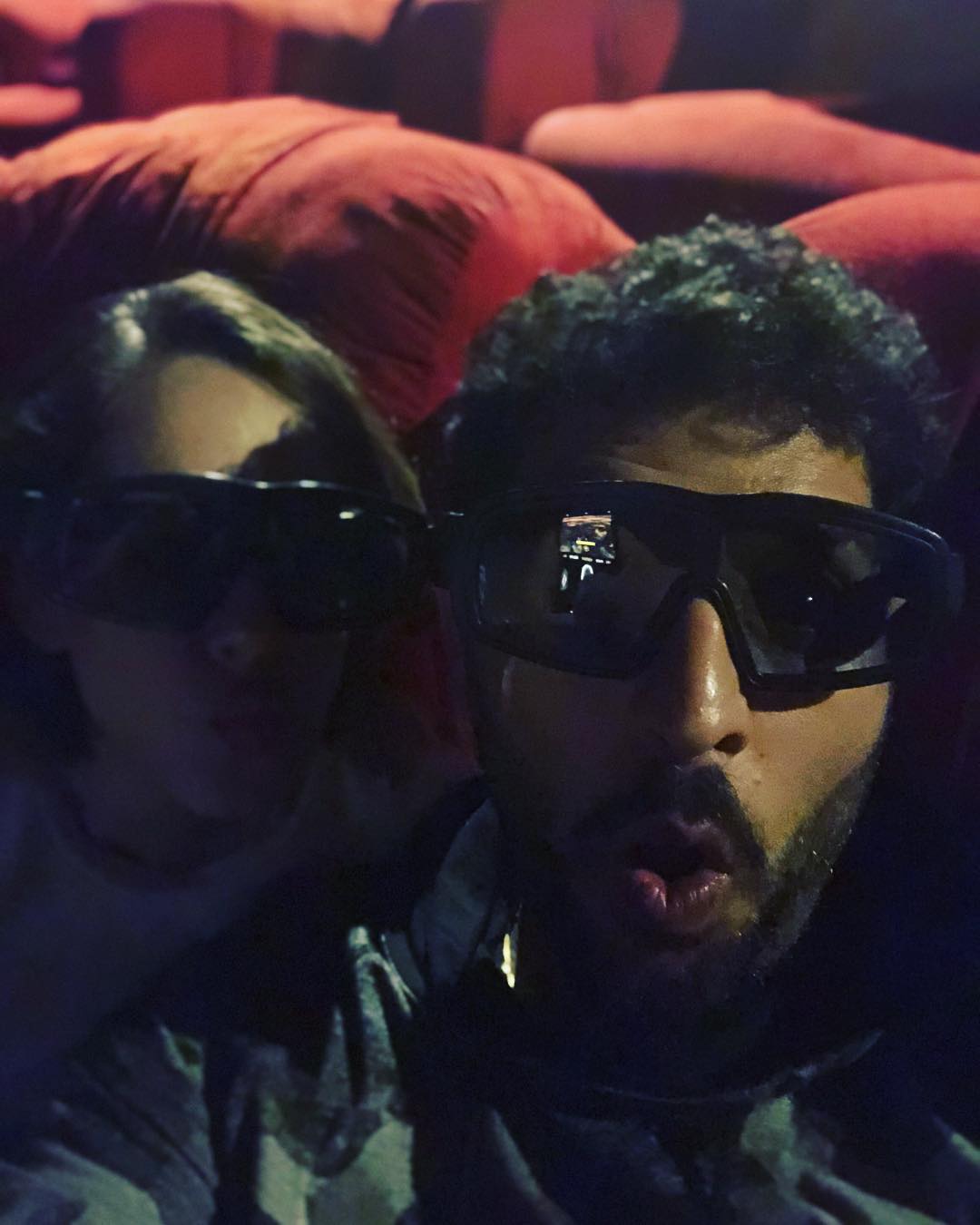 It was on The Kapil Sharma Show in 2016 that Yuvraj and Hazel had appeared on a public platform for the first time. A source had then shared their love story with a media portal, “He (Yuvraj) revealed that for the first three years, he kept trying to get her to meet him for coffee. She would agree every time he messaged her, but on the appointed day, she would switch off her phone and not turn up.” (Suggested Read: Pooja Banerjee Celebrates Her Second Wedding Anniversary With Husband Sandeep Sejwal In Sri Lanka) 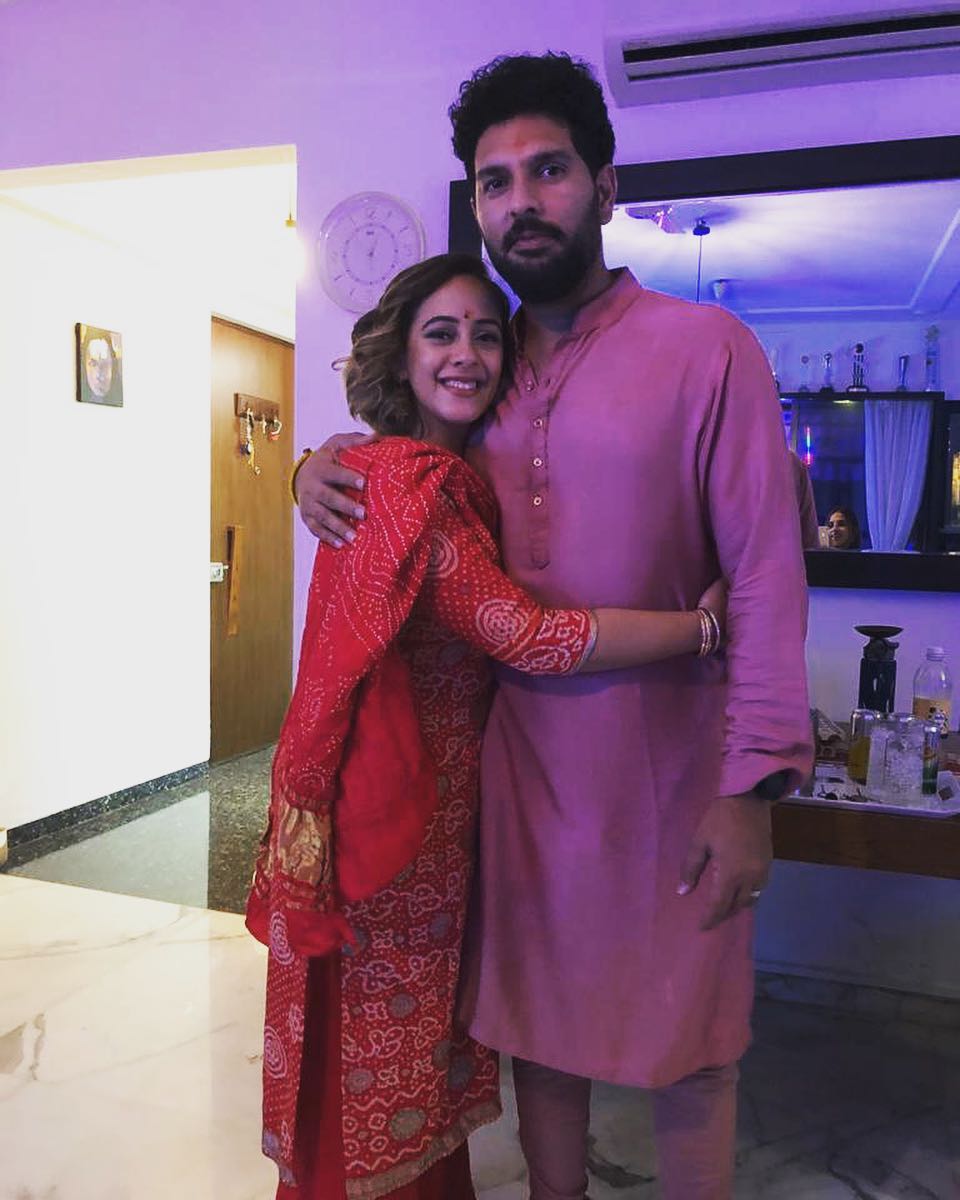 On November 30, 2018, Yuvraj Singh and Hazel Keech celebrated their 2 years of togetherness. Sharing a picture with his lady-love on their second anniversary, Yuvraj wrote, “We made it to 2 years pulling each other’s leg, standing up for each other in good and bad times! Many more to go, happy anniversary.” And Hazel shared another picture with her doting hubby, and captioned it, “My partner in life and my partner in fighting Crime. These two years have taught us how to stick together through good times and bad.” 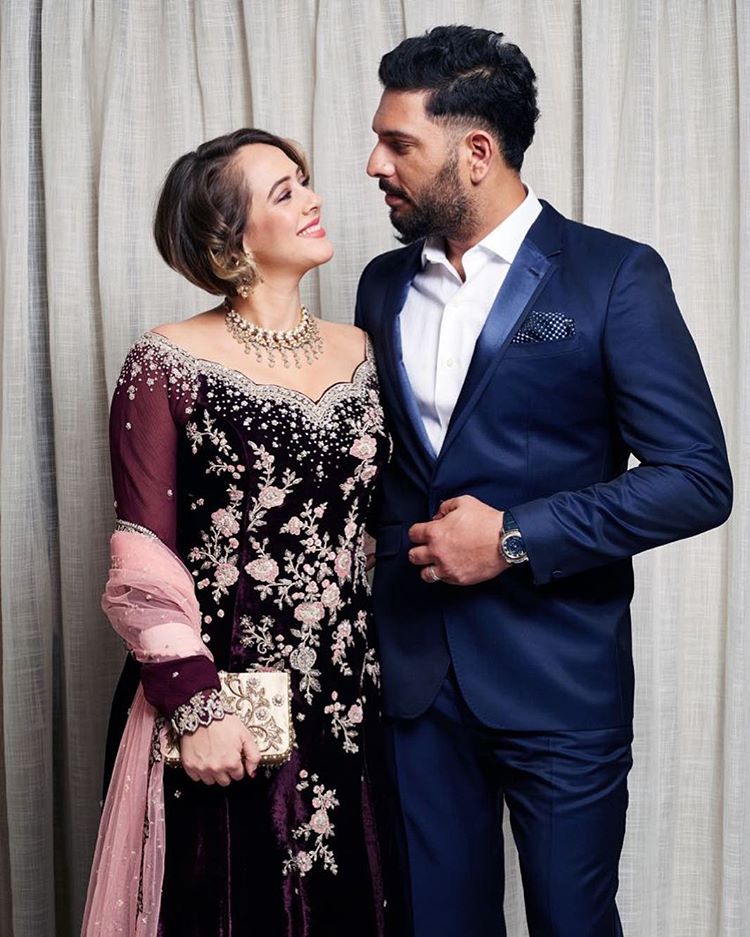 Hazel Keech’s pregnancy rumours had been doing rounds on social media quite a lot lately. When Pinkvilla got in touch with Hazel to ask about the same, she had replied, “I am great, but just a little embarrassed because each time I put on a little weight, the reports say I am pregnant. This is like the 3rd or 4th time. Trying to have a normal life is hard.” When asked about Yuvraj’s reaction to these speculations and her answer was hilarious. She said, “He rolls his eyes. He is so used to it.”

On being asked about their plans of starting a family, she had responded, "Nothing set stone as of now. It'll happen when it has to happen as our marriage happened. It's destiny. I don't know how will it happen, if I am pregnant will he be around as he has to travel so much." 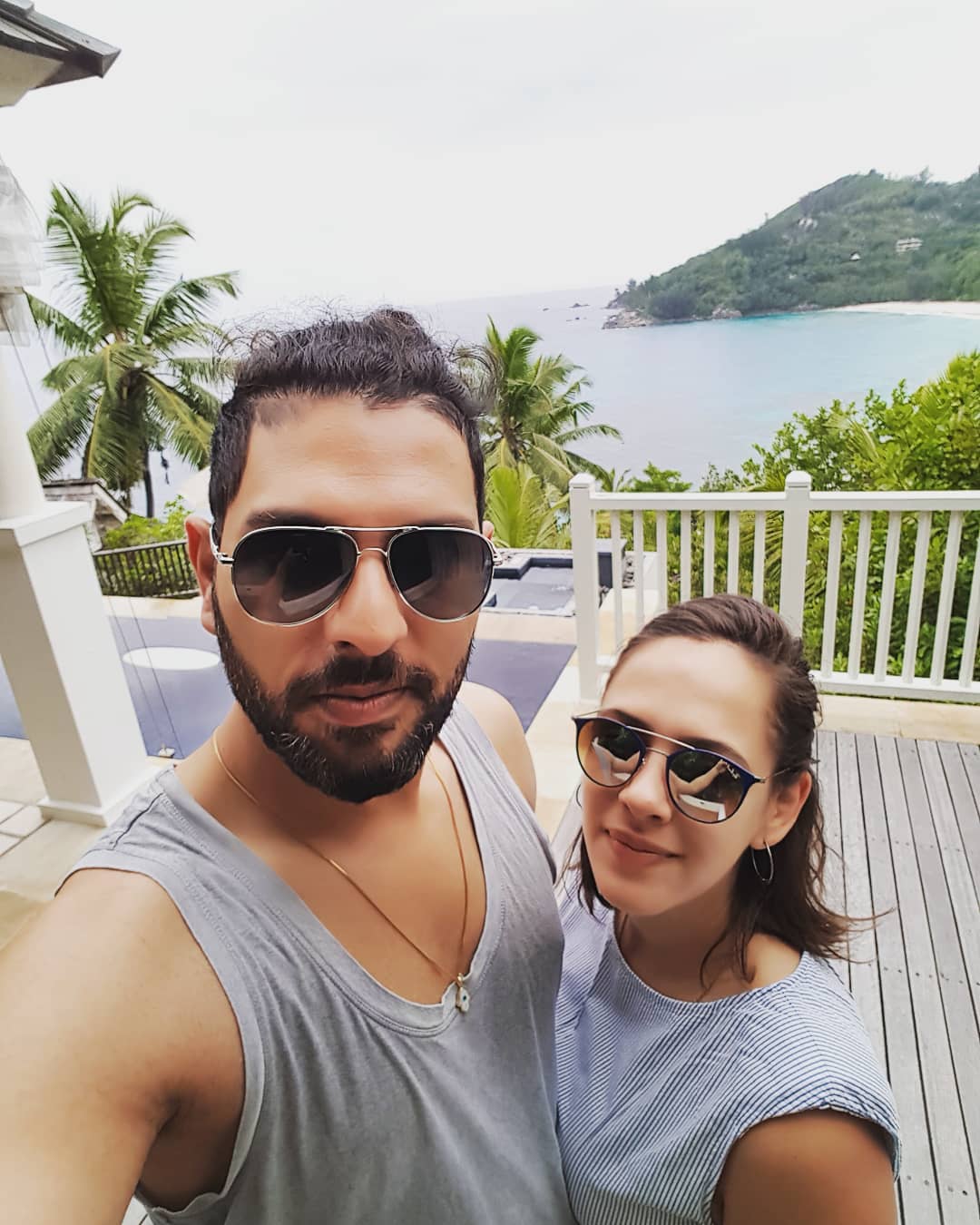 Even Hazel’s mother-in-law and Yuvraj’s mother, Shabnam had opened up about Hazel’s pregnancy rumours in a throwback interview. She had said, “Oh God, no, please! Abhi nahi! Hazel is not pregnant. It’s wrong for somebody to quote like this... Abhi toh sirf dus maheene huye hain shaadi ko (It has just been 10 months since their marriage). It’s funny how people want to get on to super express mode. Let them enjoy their married life. Bachche toh saari umar paalne hain. I don’t understand why everyone is in so much of a hurry.” (Must Read: Sonam Kapoor Ahuja Posts A Heartfelt Birthday Wish For Mother-In-law Priya Ahuja)