Though post-pregnancy weight gain of a woman is a natural process, women especially stars are often fat-shamed for it. Eight-months pregnant, Sameera Reddy has been fat-shamed for flaunting baby bump.

Aur Aahista Kijiye Baatein, Dhadkanein Koyi Sun Raha Hoga… A music video that happened not with the intention of a one-way ticket to the Bollywood industry, but eventually gave rise to her career with some prominent films in her kitty. Sameera Reddy made her way into our heart and proved her mettle as an actress in a career span for over a decade in Hindi as well as Telugu, Tamil and Malayalam films. (Also Read: Malaika Arora Trolled For Wearing Saree Like A 'Sanskari Bahu' At Sonam Kapoor Ahuja's Birthday Bash)

What started off with chatting about bikes gradually turned into a forever relationship for Sameera Reddy and her now-husband, an automobile entrepreneur, Akshai Varde, who co-owns Vardenchi Motorcycles. After dating for nearly two years, Sameera and Akshai tied the knot in 2014 and the following year, they were blessed with their first son, Hans Varde. Now, Sameera and Akshai are all set to welcome their second child soon, and the Maine Dil Tujhko Diya debutante is enjoying her second-time pregnancy to the fullest. But Sameera Reddy is often fat-shamed in her pregnancy for flaunting her baby bump on social media. Eight-months pregnant, Sameera has been acing her pregnancy phase with the most stylish maternity wear and recently flaunted some amazing beachwear on her babymoon in Goa. Sharing pictures from the babymoon, Sameera had set some major pregnancy goals for every mommy-to-be. But her pictures didn’t go well with some users and she was trolled for flaunting her baby bump. 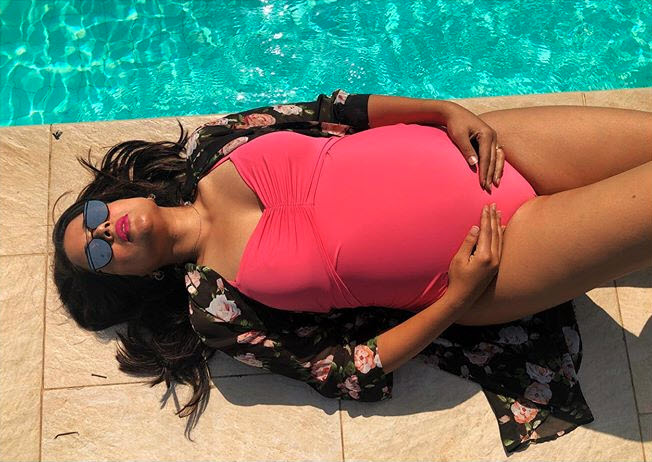 However, such negativity and trolls didn’t let Sameera Reddy stop from posting her pictures on social media, enjoying her nine-months phase to the fullest. Shunning the trolls in her own epic way, Sameera posted an all-smiles picture flaunting her big baby bump and wrote along with it, "Her soul was too deep to explore by those who always swam in the shallow end. This is my answer to anyone who feels uncomfortable with me enjoying my pregnant belly #liveandletlive". 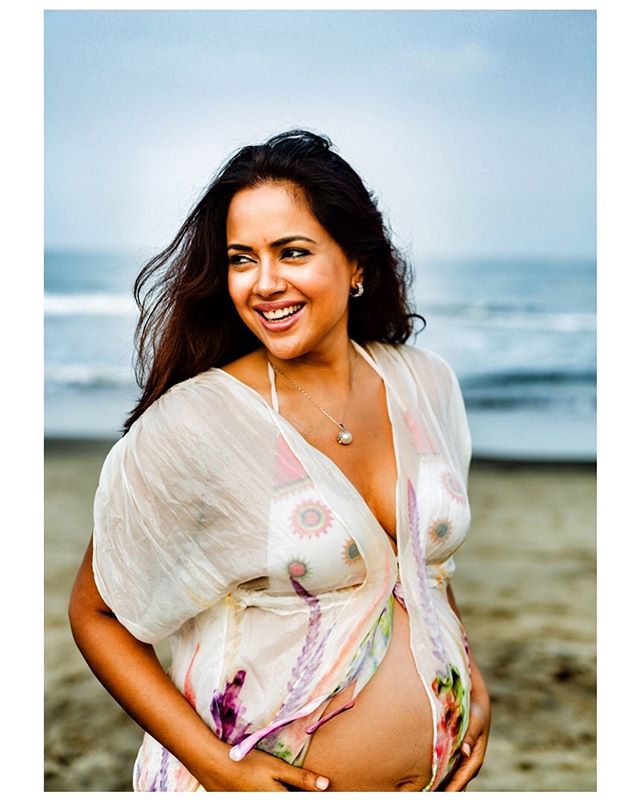 Though pregnancy and post-pregnancy weight gain of a woman is a natural process, women, especially stars are often fat-shamed for the same. Sharing a before and after picture of herself, Sameera revealed the moment in her life when her confidence had shattered and had written, “I touched 102 Kgs in May 2015, the month Hans was born and I’m not scared to admit it. It took me to the deepest darkest places in my head. My confidence shattered. And I couldn’t lose the weight for a year after because I was too scared to even step out. I disappeared because I didn’t have the strength to be judged by the world after all the years of being glam and fit on screen. But the beautiful part is that you can only hit your lowest low to know you can absolutely climb out of that hole. It’s a fight. A hard one.” (Also Read: Mahhi Vij Exudes Pregnancy Glow In A Yellow Sharara With Jay Bhanushali, Pictures Inside) Sameera Reddy’s post could be further read as “Took me 2 years more to lose the weight and to step out and face the world again but I wish I had the courage then. I did it naturally with no fad diets, no easy way out. Only with dedicated workout, yoga, pilates and strength training. It’s important for me to post this now because I need women to know the struggle is real. The mood swings, hormonal changes and losing your body shape can mess with your mind. It’s a superficial world and people can be hurtful if you don’t keep up. But the key is to be fearless. Only you can get out of that rut. It’s yours to change. Be brave. You can move mountains if you just will it. Special thanks to the best workout crew who also gave me the physical & emotional strength to get fit again @yogabypramila @adishroff @ivan_ultimatefitness @nyelakapadia & Kaizen Motafram my Pilates guru! love you guys.” She complemented her post with an array of hashtags like “#bollywood #mom #keepingitreal #weightlosstransformation #fattofit #pilates #postpregnancy #yoga #bodytransformation #fitness #fitnessmotivation #weightlossjourney #pregnancy #fitness.” 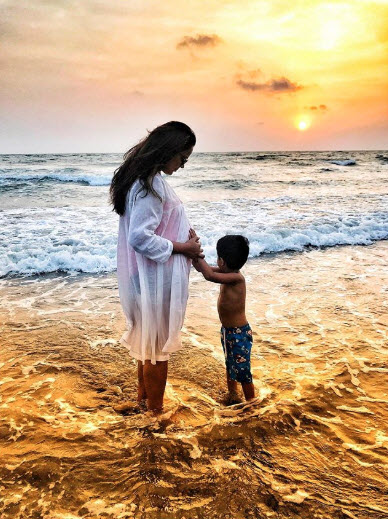 Giving it back to people who body-shame pregnant women, Sameera Reddy had shared in an auto-expo show, “I have one question for these trolls. Where do you guys come from? Your mothers right? Was your mother very hot after you came out? I am just saying that it’s shameful because it is such a natural process and it’s so beautiful, it’s so amazing. And there are sexy ones like Kareena who just come out looking fully hot and then there are people like me who take time. It took me time with the first baby. Maybe it will take me time with the second baby. But what’s important is to accept yourself. And to all the trolls out there, say what you want guys. I think that I have a superpower. I am giving birth to a baby.” 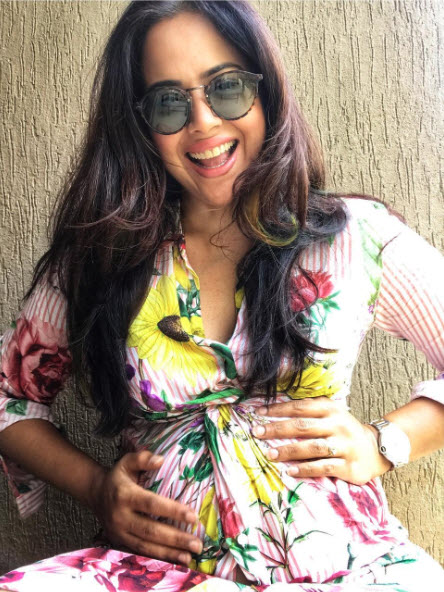 Sameera Reddy had further revealed that she was very shy to come out in the open after her weight gain post her first pregnancy and had added, “I was like what people will expect, and how fast I will lose my weight. But now I feel different, cool, charming. I remember I used to cover up a lot in my first baby but now I am like bring it on. I can also be hotter and pregnant. The women in our culture have become very accepting of pregnant women and why not?” (Also Read: Juhi Parmar's Ex-Husband, Sachin Shroff Comments On Actress' Latest Video With Their Daughter) 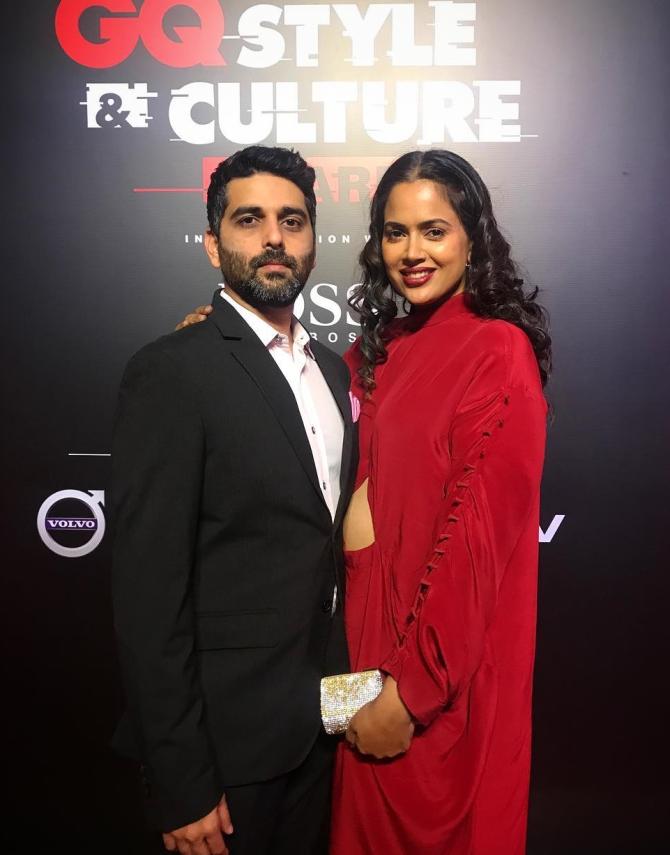 Kudos to Sameera Reddy! We can’t wait for July to kick-in to get a glimpse of little Varde-Reddy.