Love is a religion that sees no other religion. In the court of love, you leave your caste, gender, colour and everything else behind. The only rule that is applicable here is to love someone so deeply that it becomes an inspiration to many. What happens when a pure-Mathur daughter decides to introduce her Pathan partner to her proud Mathur dad?

Recommended Read: Kajol And Ajay Devgn's Love Story Proves That Opposites Do Attract And Can Make The Best Couple

Yes, we hear the catcalling but the true love of this couple was enough to convince their parents. This is the story of how Mini Mathur and Kabir Khan broke the social prejudices for their happily ever after. 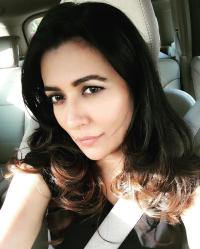 Mini Mathur was born to a father who loves his community and wears the Mathur batch on his chest with pride. Very firmly, he told his daughter that only a Mathur can become his son-in-law. 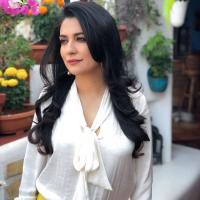 “Mathurs only marry Mathurs. That’s the law of the jungle.”

Her community follows traditions diligently. For them, a person is respected if he or she is a CA, an MBA or an engineer but the route that Mini followed streamlined with an industry which the Mathurs despise. She wanted to be a part of the big screen. Her father wasn’t very keen on letting his daughter join the entertainment industry, but made peace with it as Mini was hosting the show Tolmol Ke Bol in a silk saree and she agreed that she would only marry a Mathur. 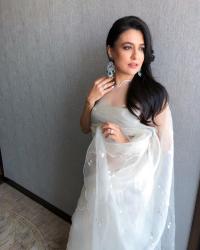 When she started taking up more supposedly adventurous roles, her father did find it difficult to adjust to her choices. Today, Mini Mathur is known for her screen presence. She has hosted various TV shows, including Indian Idol.

Soon Mini became the first choice of many and made her father proud but this certainly was not a green signal from him for a love marriage. Mini decided to go through the process of an arranged marriage for her father. She met a few guys with a hope that one frog would turn into a prince but that never happened. Even her father was tired of meeting these men who stood nowhere at par with his daughter. The search for the perfect Mathur damad continued. 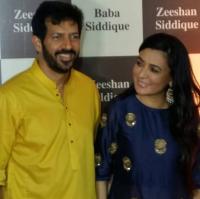 After meeting with a lot of eligible Mathur boys, Mini met Kabir Khan who was like a fresh breeze in the hot summer day for Mini. He was accustomed to rough ways, had travelled all the war-torn places of the world while Mini had only been to capital cities. Kabir Khan was just what Mini needed but the opposite of what her father wanted.

“My CPR came in the form of Kabir Khan. He was very unlike any Mathur or un-Mathur boy that I’d ever met. He was a documentary filmmaker, not an engineer or a banker. He was a Khan, not a Mathur.” 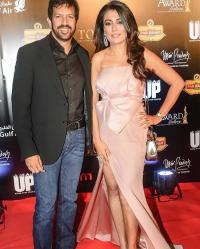 When Mini and Kabir met each other, they were stuck in different circumstances. Kabir had just broken up with someone while Mini was still meeting with various Mathur boys. Meeting each other was a liberating moment for the both of them. They fell in love and now the next task was to meet Mini’s father.

Mini introduced Kabir to his dad as her friend and did not mention his surname. She let her father fall in love with the man she wanted to marry to such an extent that he would only have blessings for the couple. Mini gushed:

“In the one year, Kabir spends the year wooing my dad with books, with chats on world history, with travel stories, politics and everything. So, once after some time had passed, my dad comes to me and says that this Kabir is a very nice boy. Why aren’t you considering him?” 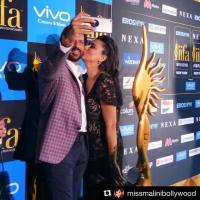 This is when Mini pretended like she doesn’t know what he was talking about and carefully slipped the fact about Kabir being a Muslim in the conversation. After thinking and overthinking everything, Mini’s father invited Kabir and his mother to meet with him. Mini’s proud father gave a green signal to their match and the Mathur married the Pathan. 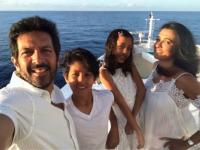 Kabir Khan was a documentary filmmaker when he married Mini and released his first Bollywood film, Kabul Express, in 2006. Mini Mathur hosted various shows and built a name for herself. Together, the couple has two beautiful children, Vivaan Khan and Sanya Khan. Mini will soon be seen in a travel show, Mini Me with her daughter. 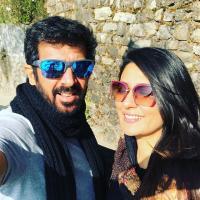 Well, Mini Mathur broke all the typical Mathur norms and got married to a Pathan. This worked incredibly well for both of them and their families too. Today, they are considered as one of the most gorgeous and successful couples in the entertainment industry. We hope that their love story proves to be a source of inspiration for others too.

Next Read: Vatsal And Ishita's Love Story Is Similar To Love Story Of Legendary Couple Sunil And Nargis