Receommended Read: Sanjay Dutt And The Women In His Life, From Tina Munim To Manyata Dutt 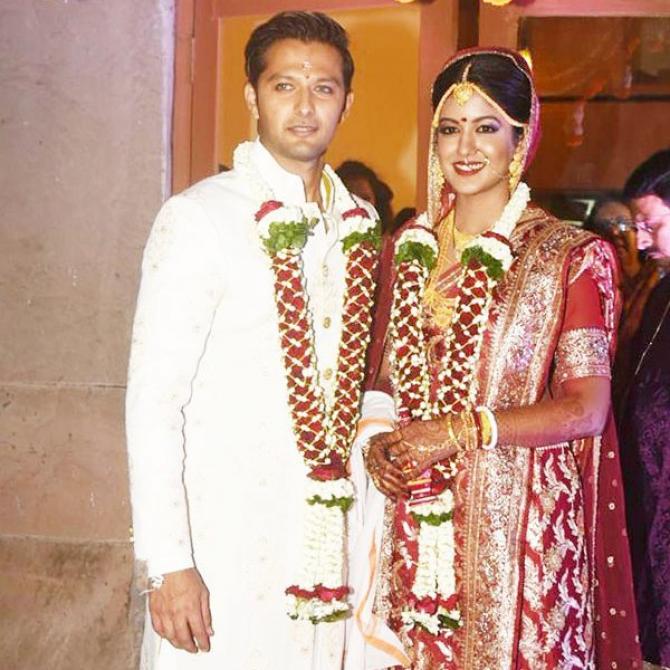 There is no denying that their affair and wedding came as a surprise to everyone. The couple tied the nuptial knot in a closed knit ceremony on November 28, 2017, at Juhu's ISKCON temple. Celebs like Bobby Deol, Ajay Devgn, Kajol Devgn, Sohail Khan, Apoorva Lakhia and Ankur Bhatia attended the wedding. In case, you missed their wedding ceremony and how beautiful the couple looked together, check it out here. The two met on the sets of Rishton Ka Saudagar.... Bazigar and instantly clicked with each other. The show was the talk of the town as the producers, Gurudev Bhalla and Dhaval Gada had enforced the rule of the no-dating clause. While everyone from the co-stars felt this is totally unfair but nevertheless, this contract didn't stop the two lovebirds to be friends and spend hours in each other's vanity van. Now, the interesting thing is that Vatsal and Ishita's love story reminds us of the legendary love story of the late actor Sunil Dutt and actress Nargis. Apparently, Vatsal came to Ishita’s rescue when her sari got stuck in a fan and then what the lover boy did, was risking his life just to save her. This daring moment is probably the time when Ishita fell for Vatsal.

Isn’t this very filmy and cute at the same time?

Also Read: 'Navya' Fame Somya Seth Got Hubby's Name Tattoed On Her Waist And It Looks Like This! This incident reminds us of the late actor Sunil Dutt, who had risked his life to save the yesteryear diva, Nargis from a fire while shooting for the film Mother India, where Late Mr Dutt played the role of her son. Due to this incident, the two became really close.

Also Read: Dimpy Ganguly Wishes 2nd Anniversary To Hubby In An Emotional Manner, But His Wish Is Epic!

As per speculations, the newly- wedded couple have gone to Thailand for their holiday. While Vatsal is a Mumbai Guy, Ishita basically hails from Jamshedpur. For people who don’t know, Vatsal wanted to become a software engineer but later dropped the idea as he got the offer of famous character of Jai in TV serial Just Mohabbat. He was also seen in the famous Star Plus Show Ek Hasina Thi. On the other hand, Ishita Dutta started her career in acting in 2012 alongside Tanish in the Telugu film, Chanakyudu. She even played the lead role in TV soap named EK Ghar Banaunga and was seen with her now husband Vatsal in Life OK's Rishton Ka Saudagar Baazigar.

Well, we truly wish that their love for each other also becomes legendary like the legends Late Sunil Dutt and Nargis' couple story. Team Bollywoodshaadis wishes the newbie couple all the love, luck and happiness. And you guys, stay tuned in here for more updates on your favourite celebs.