Once in an interview, Late legendary singer, Kishore Kumar's fourth wife, Leena Chandavarkar revealed that she was the one, who allowed criminal lawyer, Ram Jethmalani to kiss her in public. Find out!

Late legendary singer, Kishore Kumar was one of the finest singers this country has ever witnessed. Whether we talk about his evergreen songs or acting chops, he was simply everyone's favourite. But, apart from all the success he had achieved in his illustrious career, Kishore Kumar's personal life was quite the opposite of it. The singer had suffered tons of ups and downs in his personal life and got married four times in his life. Kishore Kumar's four wives were Ruma Guha Thakurta, Madhubala, Yogeeta Bali and Leena Chadavarkar.

Despite getting married to four different women in his life, Kishore Kumar remained unhappy most of his life, and much of the credit goes to his destiny, who never stopped turning his personal life upside down. The singer had passed away on October 13, 1987, at the age of 58 due to a severe heart attack. However, after so many years of his demise, something happened between Kishore's fourth wife, Leena Chadavarkar and famous criminal lawyer, late Ram Jethmalani that shocked the entire nation. 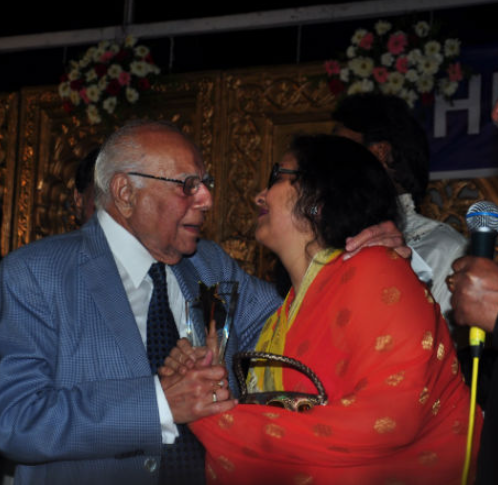 The incident still comes to everyone's mind whenever they talk about Leena Chandavarkar and Kishore Kumar's married life. The incident which we are talking about is when on February 16, 2015, Ram Jethmalani was invited to The Hum Log Awards as one of the honourable chief guests. The event was also attended by Kishore Kumar's fourth wife, Leena, and when she went on the stage to greet Ram Jethmalani, the lawyer kissed her after a firm handshake. The pictures from the incident went viral in newspapers, and everyone condemned criminal lawyer, Ram Jethmalani's decision to kiss late singer, Kishore Kumar's wife, Leena Chandavarkar, in public. However, when the matter got heated, Leena came forward and admitted during a conversation with the media that she was the one, who gave permission to Ram Jethmalani to kiss her. Not only this, but Leena also added that she wants to request people not to put an age bar on love. Justifying her kiss with Ram Jethmalani, she had said:

"People are feeling sorry for me, but all I want to tell them is that 'Na umr ki seema ho na pyaar ka koi bandhan." 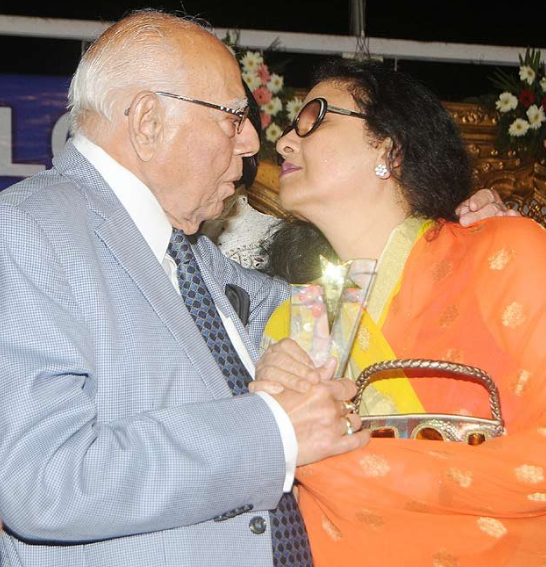 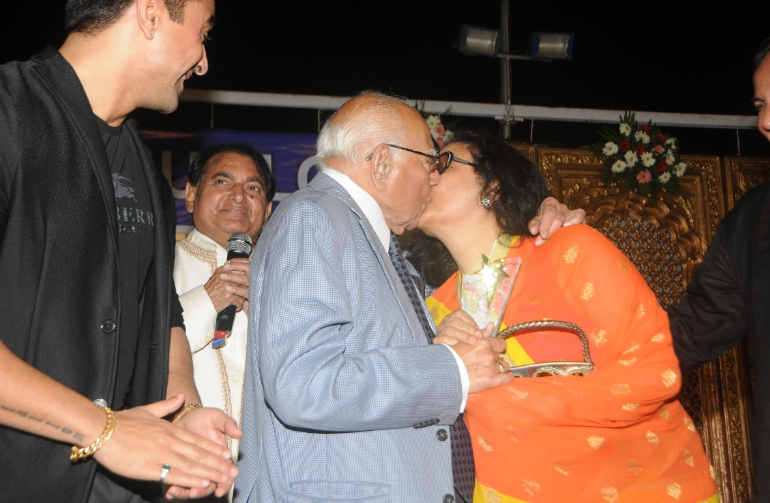 Going further, Leena Chadavarkar also addressed the comments from people, who were accusing her of sharing an intimate moment like this with Ram Jethmalani. Reflecting on how she was always a follower of the ace lawyer's ideologies and philosophies, Leena admitted that Ram Jethmalani was always full of life. The doting wife also added that it was her husband, Kishore Kumar only, who told her to follow her heart, irrespective of what the world says. She had stated:

"He is 92 years old and full of life. He might appear stern but has a warm heart. I have always been inspired by his encouraging speeches. As far as the matter about me being Kishore Kumar's wife is concerned, I consider him my guru and he always said that don't think about what others think of you. If you have no regrets about doing something then everything else is immaterial."

Don't Miss: Mahendra Sigh Dhoni Revealed How He Had Proposed To Wife, Sakshi Dhoni, And How She Had Reacted

Ram Jethmalani's reaction to his kiss with Leena Chandavarkar If the reports are to be believed, after some months of the shocking kiss between Ram Jethmalani and Leena Chandavarkar, in an interview with Indus Scrolls, he shared his thoughts about love. Although the criminal lawyer had not mentioned or addressed his kiss with Kishore Kumar's fourth wife, but it was his philosophies about love that had caught everyone's attention. The famed lawyer had stated that there's no age for love. Reflecting on the long list of his affairs, Ram Jethmalani had said:

"I don't deny enjoying female company. I have had exceedingly intimate relationships with many charming women. There is no cut-off age for love. But sex without emotional involvement is something I don't understand." 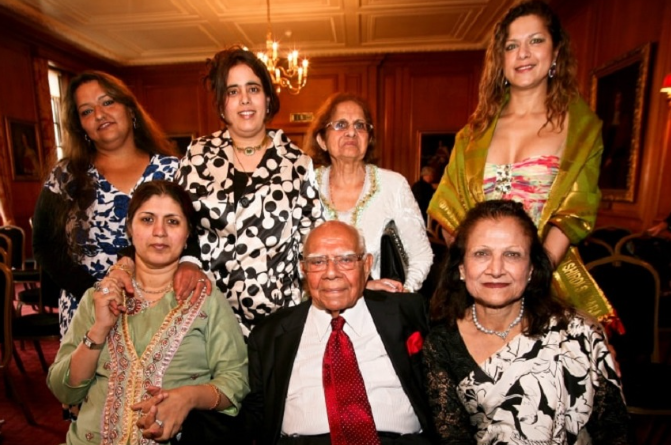 What are your thoughts on Leena Chandavarkar's statement justifying her kiss with Ram Jethmalani after the demise of her husband and iconic singer, Kishore Kumar? Let us know.