Back in 2002, Jaya Bachchan had introduced her then to-be daughter-in-law, Karisma Kapoor and had welcomed her and the Kapoors into their family. Check out the throwback video. 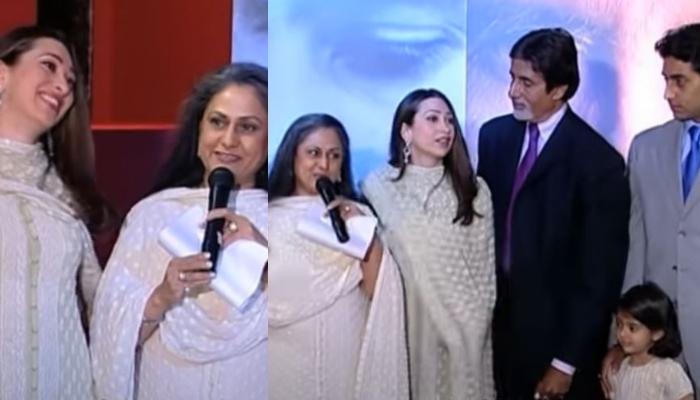 Theirs was a love story, which wasn’t meant forever and to fill many pages of their lives. Sometimes, love stays with you for the rest of your life, but sometimes when you believe it to be the forever kind, it’s over in a few months/years. Life is full of uncertainties and for some couples, love comes with an expiry date. For Karisma Kapoor and Abhishek Bachchan too, love wasn’t meant forever and a year after their engagement was announced in media, the families had abruptly called-off the wedding of the couple. (Also Read: Amitabh Bachchan And Jaya Bachchan's 100 Crore Worth Home, Jalsa Exudes Royalty, Take An Inside Tour)

It was almost two decades ago, in 2002, when the Kapoors and the Bachchans had decided to turn their dosti into rishtedaari with the wedding of Karisma Kapoor and Abhishek Bachchan. But a year later, in 2003, when the nation was waiting to hear the wedding bells of Karisma and Abhishek, the families, in a shocking announcement, had revealed that the couple has parted ways. After dating for over 5 years, when Abhishek and Karisma were dreaming about a future together, their fate had taken an ugly turn, shattering their dreams. Back in 2002, introducing her then to-be daughter-in-law, Karisma Kapoor and welcoming her into the family, Jaya Bachchan had said, “I would, with the Bachchan and Nanda family, welcome another family into our group and that’s the Kapoors - Randhir and Babita Kapoor. And to-be my daughter-in-law, Karisma Kapoor. That’s Abhishek’s gift to his parents on his father’s 60th birthday.” The blushing Karisma had then joined Jaya Bachchan on the stage and later, the entire Bachchan, Nanda and Kapoor family had posed for a happy picture. In the video, you will also see a close-up of Karisma's sparkling engagement ring. 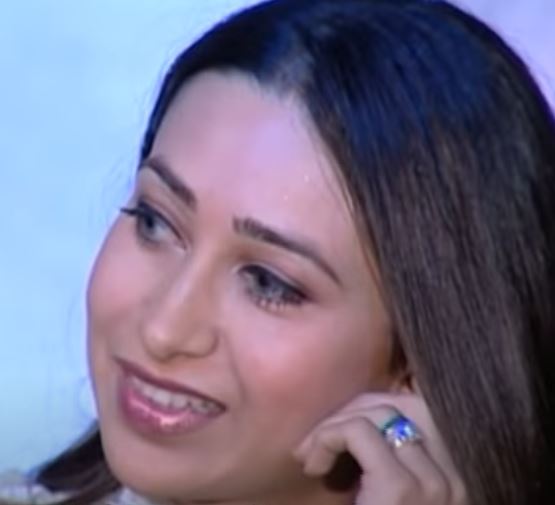 It was Amitabh Bachchan and Jaya Bachchan’s daughter, Shweta Bachchan Nanda’s wedding in 1997 when the Cupid had struck Karisma and Abhishek with its sharpest arrow, and soon they had started dating. Although they had managed to keep their relationship under the wraps for five years, in October 2002, on Amitabh Bachchan's 60th birthday celebrations, the announcement of Abhishek and Karisma’s engagement had pleasantly surprised everyone. Karisma had then stated, “It feels wonderful to be a part of this family.” (Also Read: When Anushka Sharma-Virat Kohli Posed With Zaheer Khan-Sagarika Ghatge At Latter's Wedding Reception) 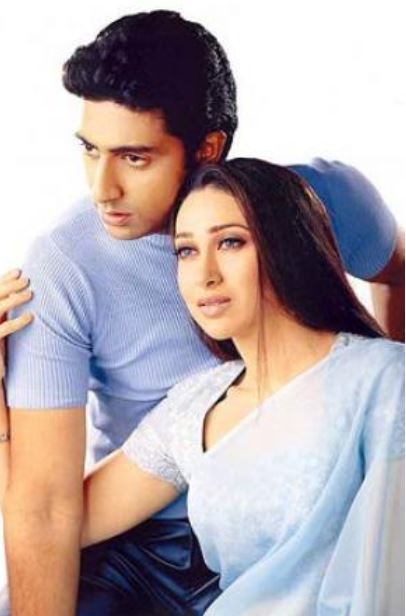 However, Karisma Kapoor’s ‘wonderful’ love journey with Abhishek Bachchan didn’t last long and after their abrupt called-off wedding, two different dimensions had come up speculating the reasons behind their split. A lot of threads on Quora pointed out that the real reason behind their sudden called-off wedding was because Karisma's mother, Babita wanted a stable and secure life for her daughters. Having undergone a tough phase after separation with Randhir Kapoor, Babita single-handedly raised her daughters, Karisma and Kareena Kapoor. Back then, Abhishek was nothing more than Amitabh Bachchan's son. 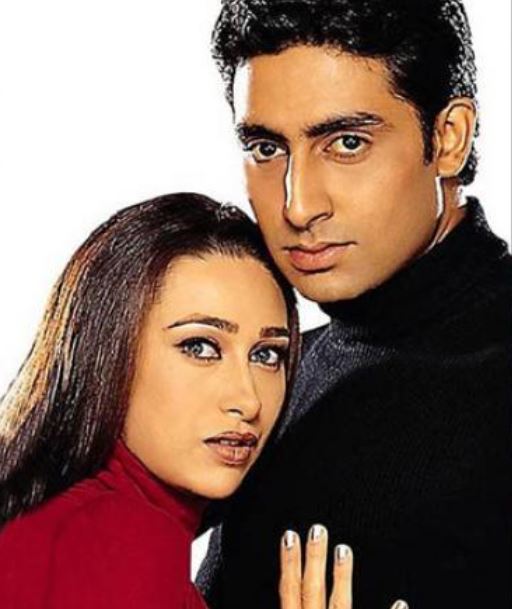 In addition to the huge professional difference between Karisma Kapoor and Abhishek Bachchan, the Bachchan family was also undergoing a rough patch with financial losses and debts, courtesy a failed production house and Amitabh’s deteriorating career. To financially secure her daughter, Babita wanted a prenup to be signed, which was not accepted by Big B. Another conjectured reason was Abhishek’s mother, Jaya Bachchan’s dominating influence over her son, Karisma being asked to discontinue her acting career and Babita’s interference in her daughter’s life. It was the love of Karisma and Abhishek which suffered in the end. 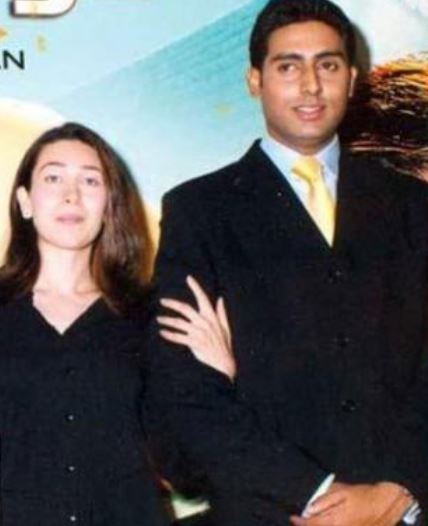 When Abhishek Bachchan and Karisma Kapoor were dating, the former had made his Bollywood debut with her sister, Kareena Kapoor in the film, Refugee (2000). In 2020, the film had completed 20 years of its release and to mark the same, Anu Malik had posted a rare picture of the cast of Refugee along with their respective families. The picture had Abhishek Bachchan with Jaya Bachchan and Amitabh Bachchan in the frame posing with his co-star, Kareena Kapoor and her sister, Karisma Kapoor. Anu Malik had captioned the picture as "Wow! Refugee 20 years. My first national award. Thank you J P saab." (Also Read: Saif Ali Khan And Kareena Kapoor Khan's Combined Net Worth; Own Pataudi Palace, Four Flats In Mumbai)

It has been almost two decades since Abhishek and Karisma’s wedding was called-off, and they moved on in their respective lives.