You have been in a long-term relationship and have finally decided to tie the knot. You know everything about your boyfriend, his likes, dislikes, habits and lifestyle. So, you are prepared for a life together sans any surprises for sure. Well, think again! 'Love marriages do not have an element of surprise' is a myth. Ask around and couples who got married after a long relationship will affirm. You might not expect, but there are several things you might not be aware of and discover only after your boyfriend becomes your husband.

Well, read on to know about certain changes and surprises that you should keep yourself prepared for after getting into a love marriage.

Recommended Read: 5 Spot On Reasons Why Women Tend To Like Older Men

#1. Some surprises, some shocks

Take for instance the case of Anisha and Vaibhav (names changed). Both met and dated for two years in the US where they were studying. After marriage when they shifted back to India, she saw a very different side of her lover. Here is what Anisha added:

“He turned out to be a complete mamma’s boy in front of his extremely possessive mother. The independent Vaibhav I knew in the US had either completely changed or had hidden this side of his personality really well.”

However, don’t get shaken. The discoveries may not always be extreme and shocking. Another woman, Vidushi, who married Yuvraj Singh after two years of a long-distance relationship said:

“It was only after my marriage that I realised how responsible he is as a person. Before we got married, he was a person who wasn’t bothered about finances, spent without thinking and kept losing his credit card, driving license, etc. Now, I am pleased to see him taking responsibilities of everything. He helps me with the daily chores and also cooks dinner for me occasionally.”

Also Read: 10 Reasons You Should Never Give To Move In With Your Boyfriend 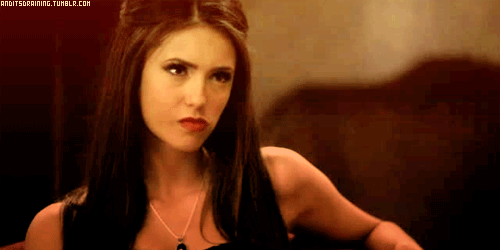 According to Ruochikka Mazumdar Pati:

“Love is love, marriage is marriage. Spending few hours with a person is one thing, but living under the same roof is another.”

While most people hope that the person they get married to will not change after marriage, some might even secretly hope that they do change. As was the case with Nidhi Sahai Khanna, who expected certain things from her hubby after their marriage, but soon realised otherwise. Nidhi said:

“I grew up watching my dad making the morning tea for my mother. Both would then sit in the balcony and engage in conversations. I’m a morning person, but I was fully aware before marriage that Abhishek (my husband) never wakes up early. I cribbed initially, but understood soon enough that it wasn’t fair to expect that from him.”

If you don’t expect him to change the things you like about him, accept the ones you dislike too. Of course, that is easier said than done. Nidhi still quips:

“I hope when we are old in our 50s, he will wake up early and will make tea for me that we will enjoy together.”

Must Read: 10 Relationship Cues That All Couples Can Take From Raj Singh Arora And Pooja Gor

#3. Respect the individuality of your partner

He might be a doting boyfriend and a caring husband, but his personality might have other facets too. Because you did not see them before, doesn’t mean he has changed now. Anisha, for instance, had trouble seeing Vaibhav as a submissive son. But, it doesn’t mean that he has suddenly changed into one.

Just like you, even your man has other relations in his life, so respect them as well as him. Your hubby has his own individual identity and likings and relations. As long as they are not absolutely worth changing respect him for just as he is. After all, this is the man you fell in love with.

Also Read: 6 Ways Through Which Happy Couples Solve Their Issues Without Fighting

So, what are the suggestions these women would like to give to the other girls who are soon going to tie the knot with their boyfriend? Nidhi said:

“Well, firstly congratulations, if your boyfriend has agreed to marry you! Kidding. But remember just because you share a roof doesn’t meet you have sit together all the time.”

“Everyone needs to spend some time alone. Giving space and freedom and letting your partner do some things as per his or her will bring peace.”

Others may however, tell you to enjoy the together time. Another lady Vidushi said:

“Focus first on similarities between you two and then the differences. For both of us, we don't think of anything other than non-vegetarian food, travelling and seeing places together. Yet there are differences which we try to adapt to.”

Recommended Read: 15 Cute Ways To Tell Your Husband That He Is Soon Going To Become A Daddy

It might have its ups and downs, but marrying the one you love is an extraordinary feeling. Hope that feeling stays with you forever!