Vivek Dahiya and Divyanka Tripathi Dahiya's 'Nach Baliye 8' journey is special for many reasons. Check out as Vivek shares a beautiful video of the same!

For those who don't know, in April 2015, the rumours of Yeh Hai Mohabbatein actress, Divyanka Tripathi dating her co-star, Vivek Dahiya, had started making the rounds. On July 8, 2016, the duo had tied the knot, and since then, everyone is showering them with lots of love and attention. On June 25, 2021, Vivek took to his Instagram handle and shared a beautiful video. In the video, we can see Divyanka and Vivek's jaw-dropping performances on the show. It was a compilation of their entire journey, and it made us nostalgic. Check it out below:

Vivek wrote a heartfelt note alongside the video, expressing his gratitude to his fans for showering the couple with so much love. His note can be read as "4 years of Nach Baliye! Once again, with gratitude in my heart would like to thank each one of you who supported us through our Nach journey. It’s going to be cherished in the years to come. Also, thank you for all the edits and VM’s that you have been preparing to get us all nostalgic. They are all priceless—much love. P.s we will come LIVE soon and celebrate with you all. Promise." Divyanka and Vivek often share glimpses of their happy life with their fans. On April 28, 2020, Divyanka had achieved a milestone as she had made perfect round missi roti for her 'darling hubby'. For those who don't know, this was Divyanka's first attempt at making rotis, as she had only tried making it when she was little.

The actress had taken to her Instagram handle and had shared a complete video of cooking the chapatis for Vivek. Alongside it, she had written, "Long lost/forgotten dream comes true! Finally.I gathered courage to knead dough and roll out #MissiRotis! And the taste? Hubby finished all was proof enough of the success! Yippie! #DerAayeDurustAaye #FinallyCooking My Heart Out!"

Next Read: Divyanka Tripathi Dahiya Tried Superstitions To Save Her Relationship With Ex-Beau, Sharad Malhotra

On the work front, Divyanka Tripathi will next be seen in the reality show, Khatron Ke Khiladi 11! 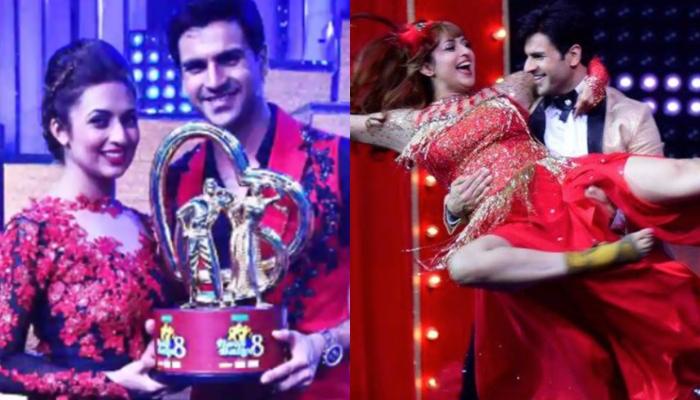 Since 2005, almost every year a different season of Nach Baliye is announced and the audience waits with bated breath to get a glimpse of the jodis, who will be setting the stage on fire with their sizzling dance moves. Our excitement knows no bounds as we follow the entire